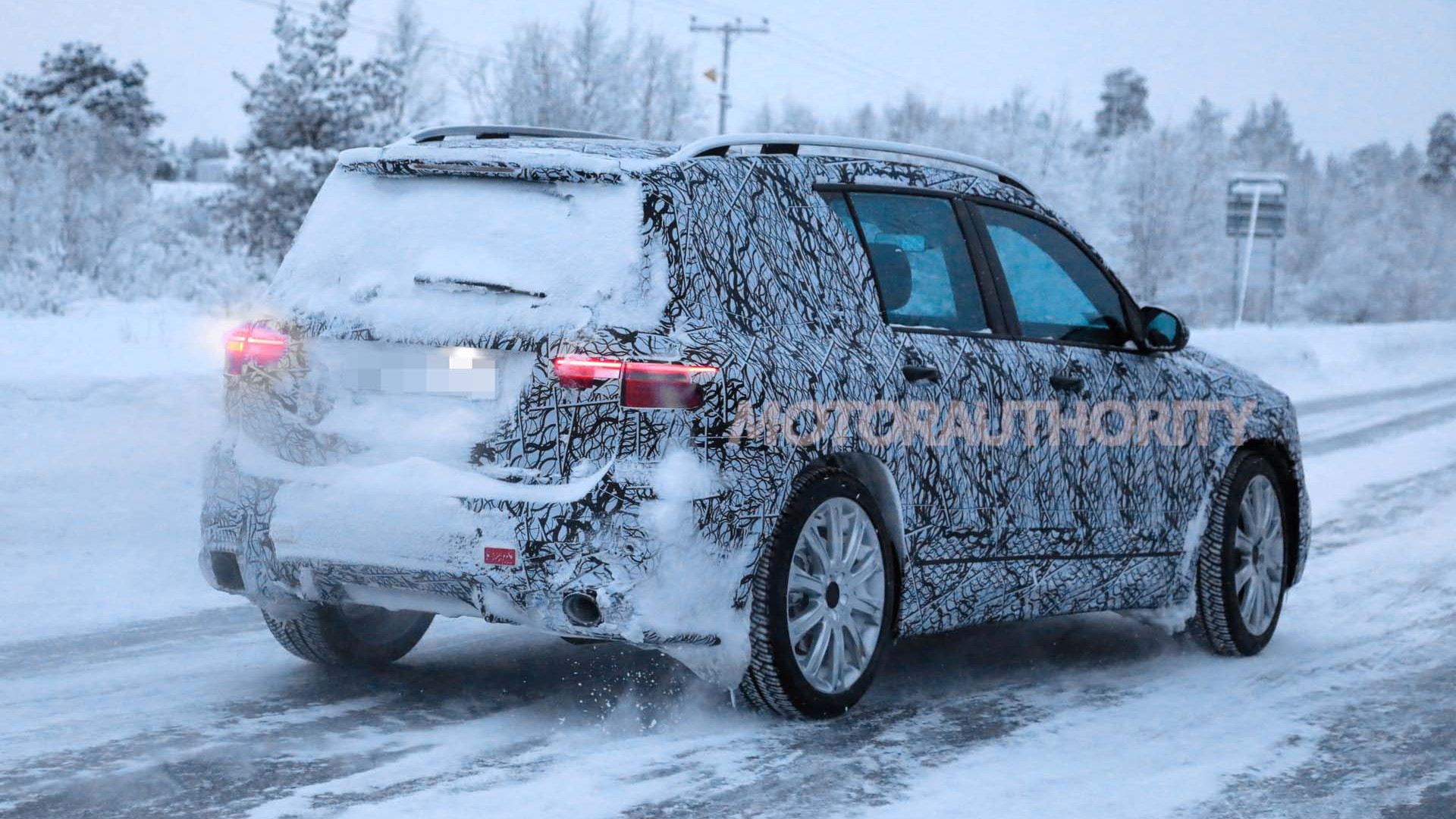 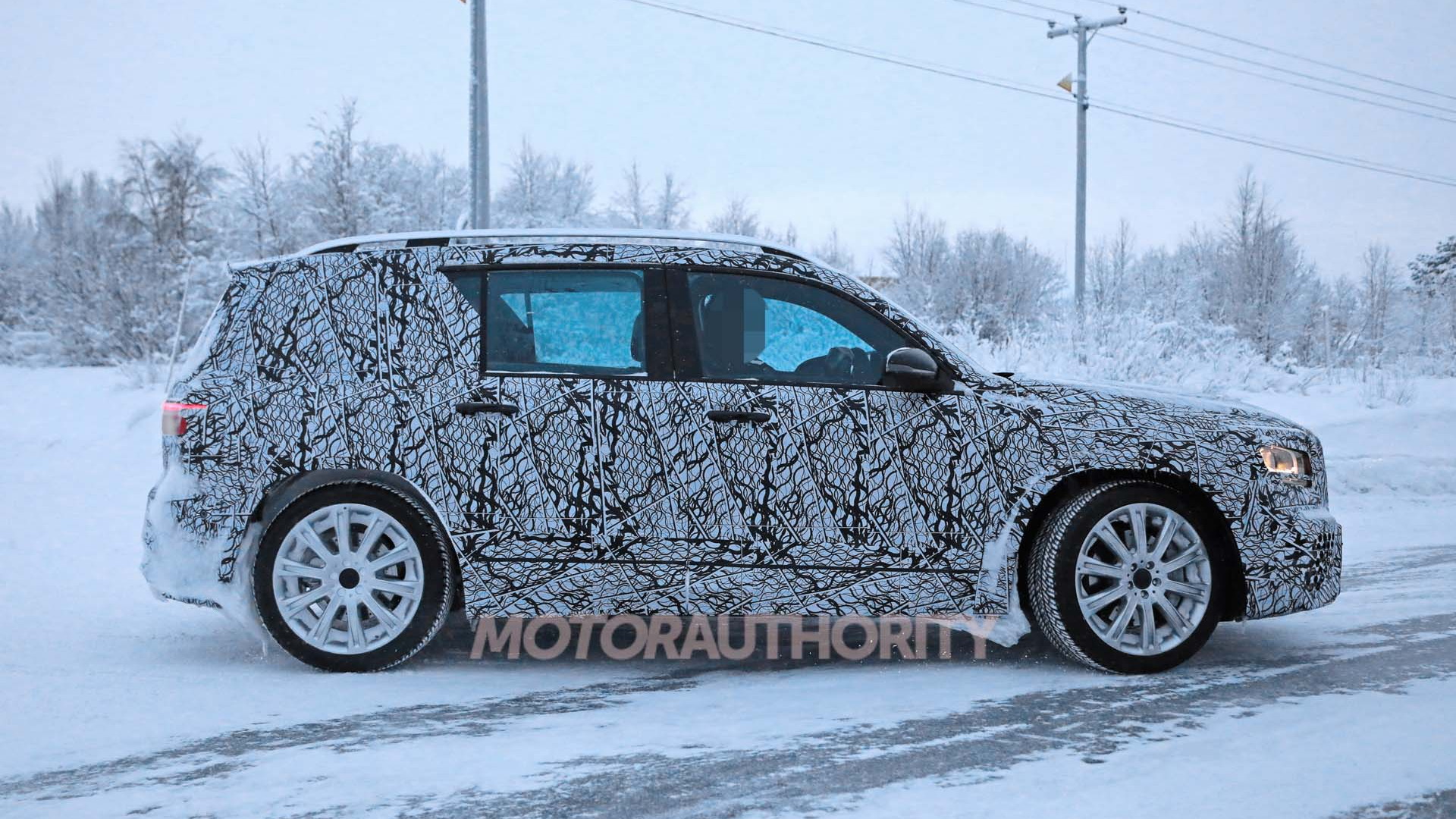 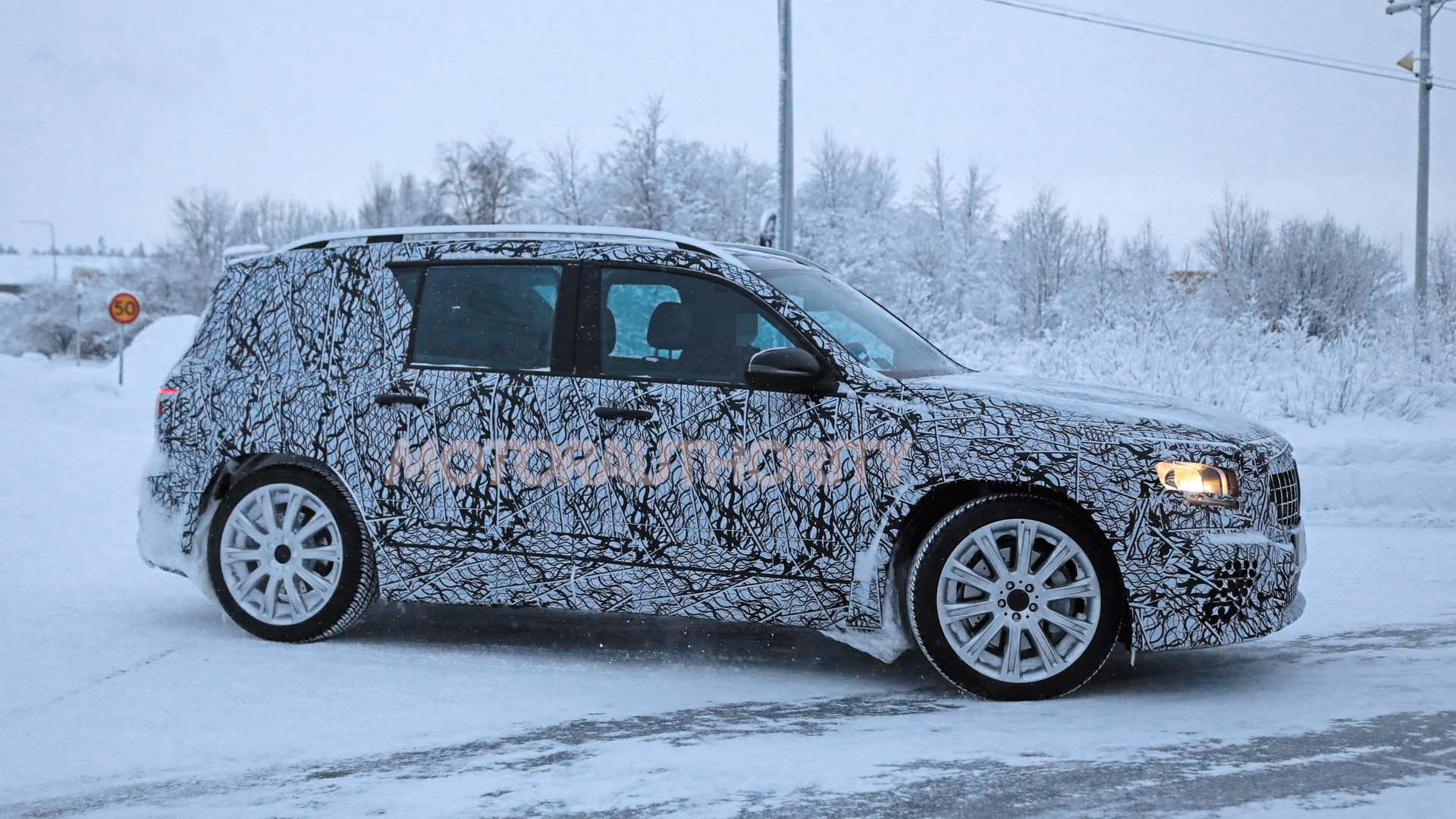 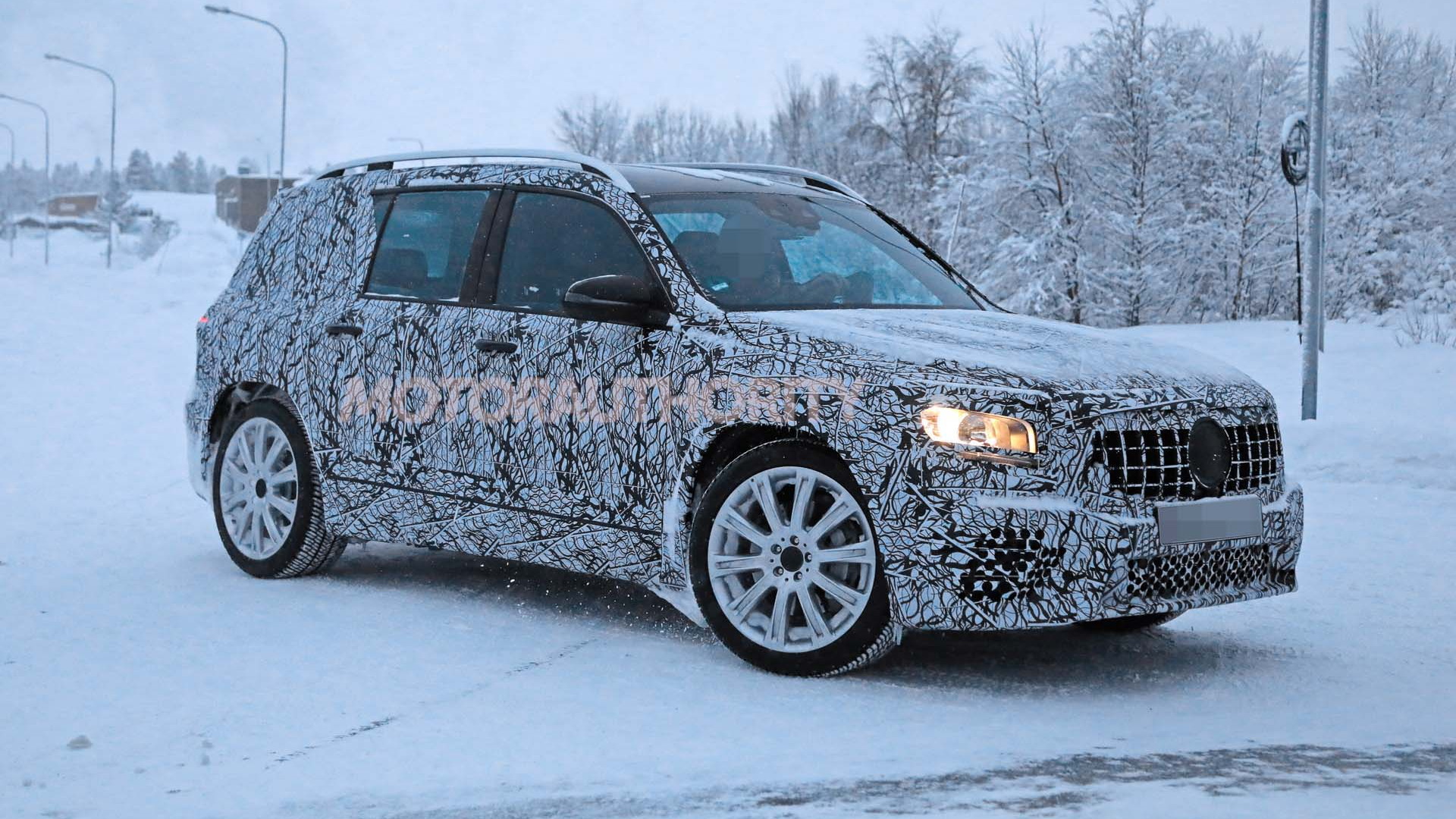 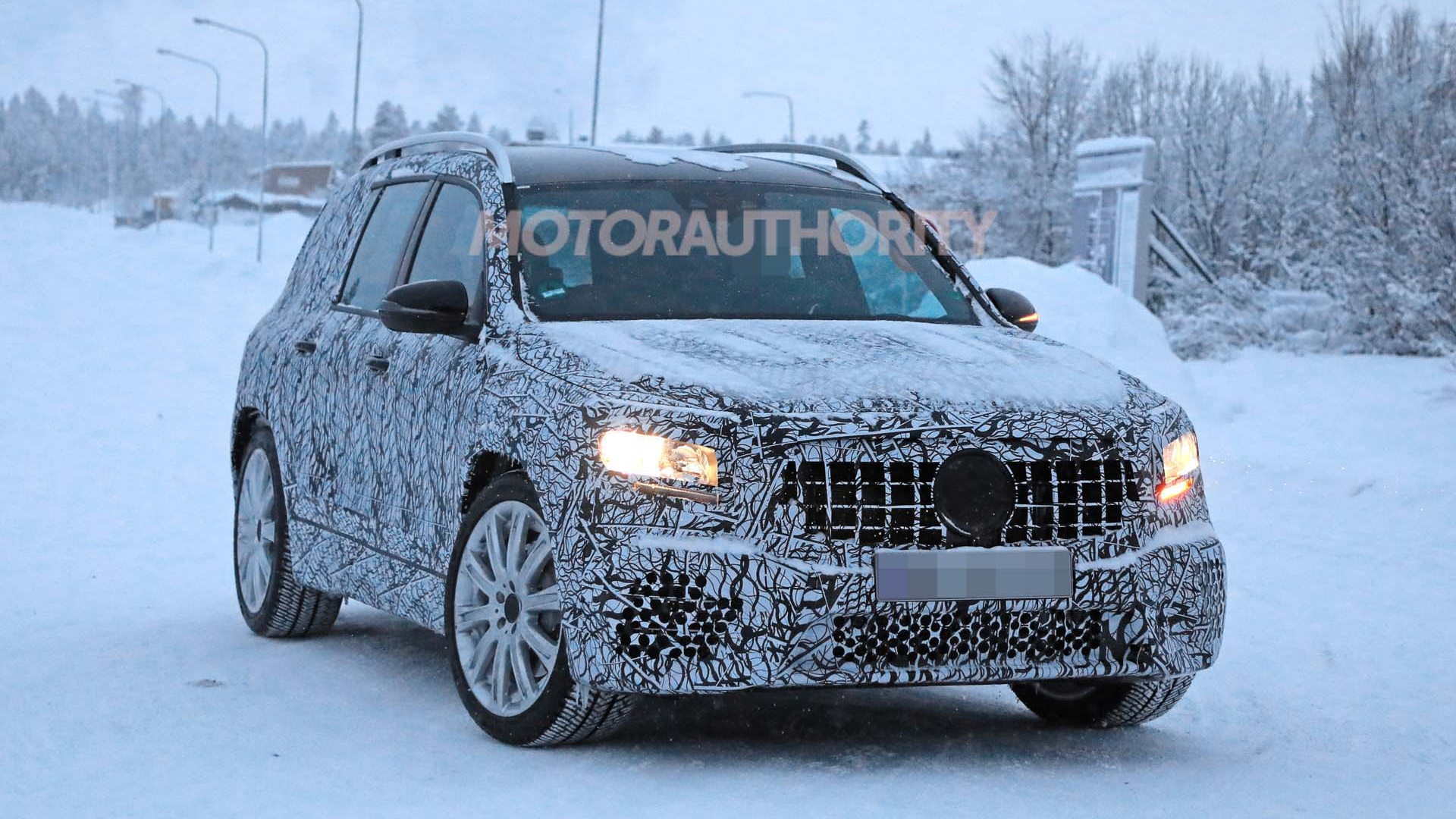 Mercedes-Benz already sells a GLA compact crossover SUV, but for the automaker's next generation of compacts we'll see both a redesigned GLA plus a new GLB.

The GLB has already been revealed. It arrives at dealerships later this year as a 2020 model, initially in GLB 250 guise.

Our latest spy shots show what appears to be an AMG-tuned GLB, specifically a member of AMG's new 35 series.

Going forward, AMG will offer two levels of performance. One will be a direct replacement for the 45 series, while slotting under this will be a new crop of 35 series cars, which we've already seen in A35 and CLA35 guise.

We know this is the GLB35 because of its lowered ride height, enlarged openings in the lower fascia, and dual-tip exhaust system. The wheels and brakes are also bigger units than what's been used on prototypes for the regular GLB.

Like the recently revealed A35 hatchback, the GLB35 will feature a 2.0-liter turbocharged inline-4 making 302 horsepower and 295 pound-feet of torque. A 7-speed dual-clutch transmission and all-wheel drive will also be part of the package. This combination should result in 0-60 times of around 5.0 seconds.

Beyond the power boost, the GLB35 should also benefit from increased body rigidity and performance tuning of the transmission and all-wheel-drive system compared to the regular GLB on which it is based.
Look for the GLB35 to arrive early next year. A GLB45 is a safe bet, too.

For the 45 series cars, they will come with 8-speed dual-clutch transmissions and standard and spicier S guises. A newly developed 2.0-liter turbocharged inline-4 will generate 382 hp in standard guise and as much as 416 hp in S guise.