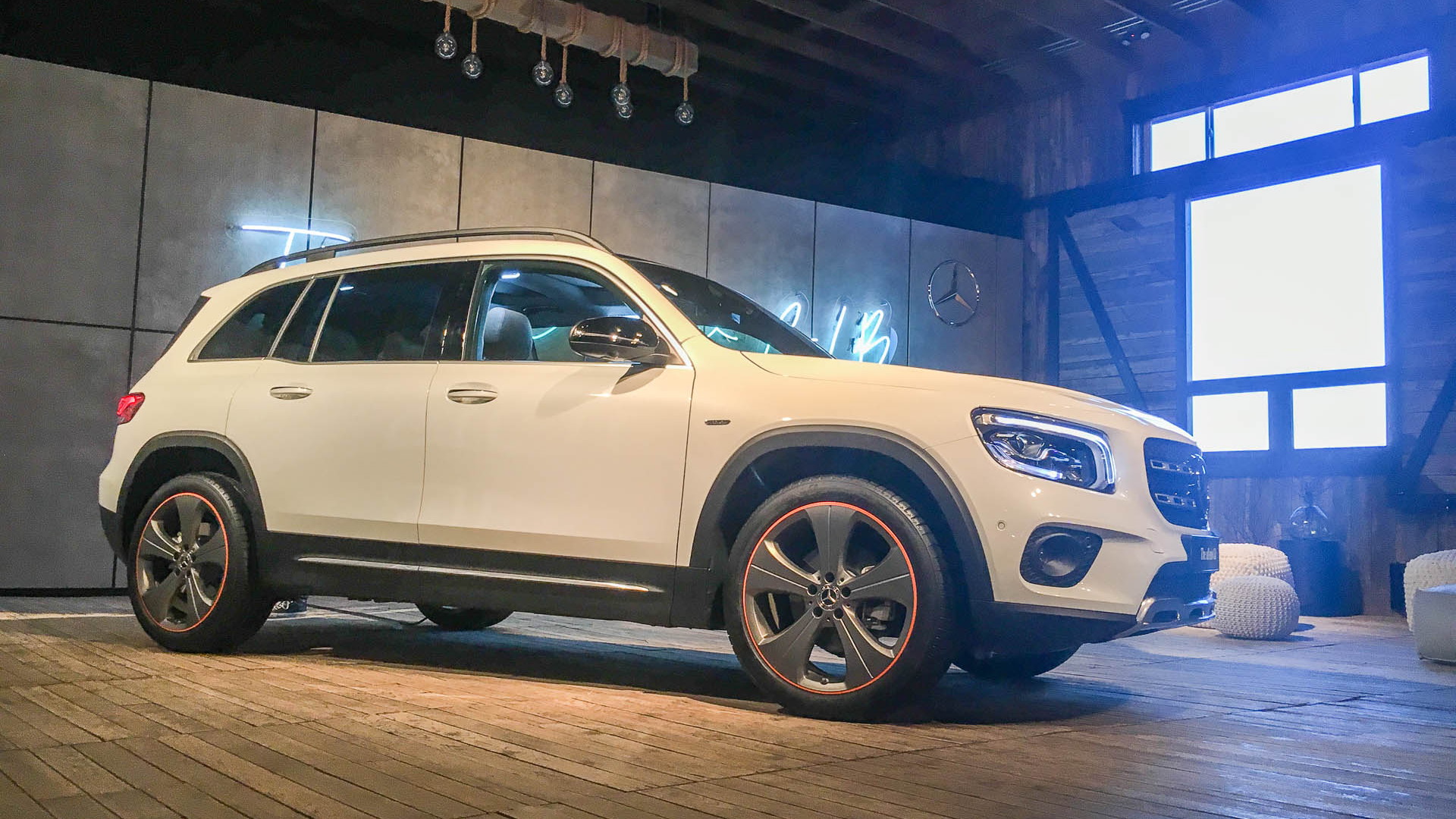 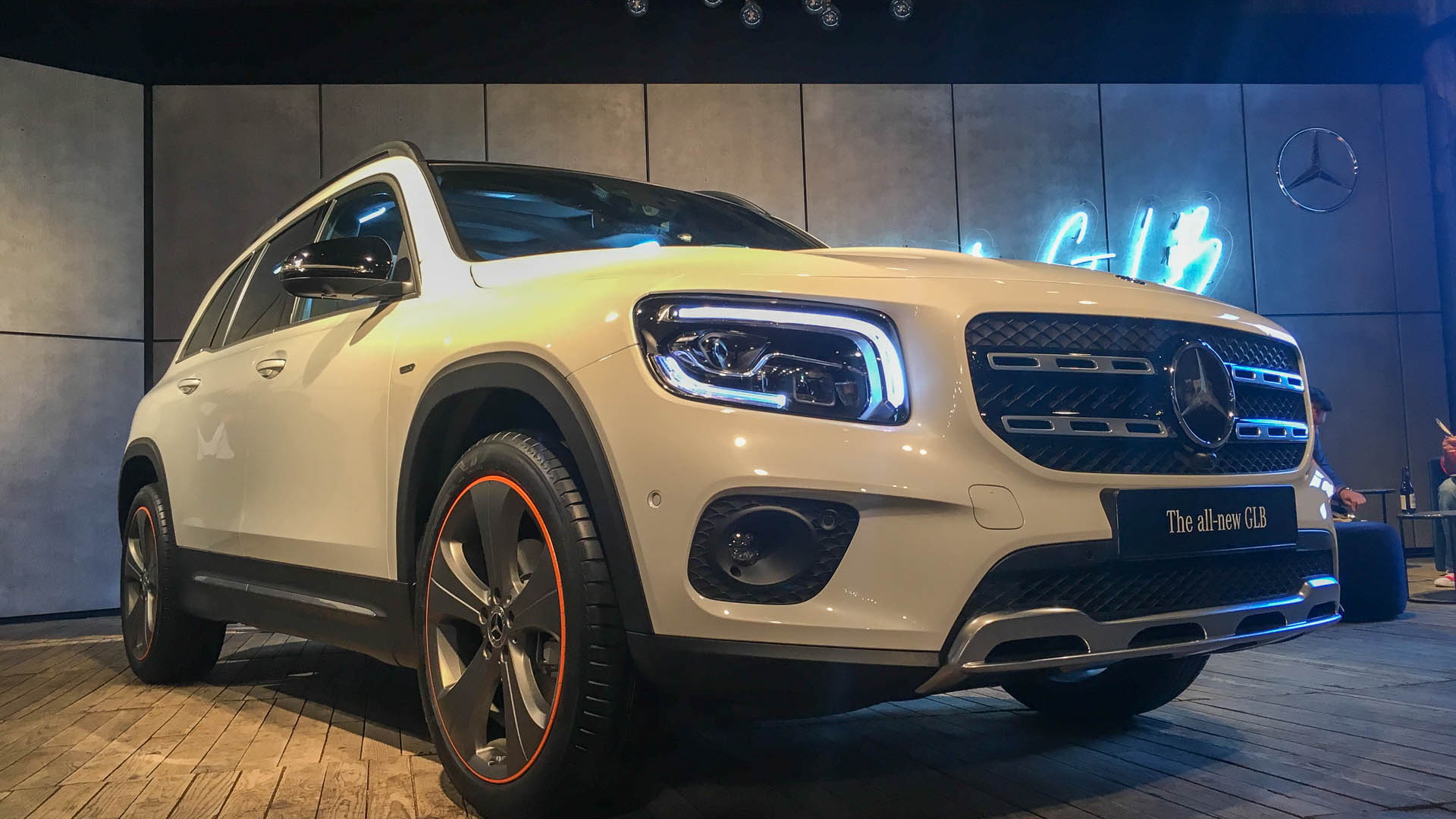 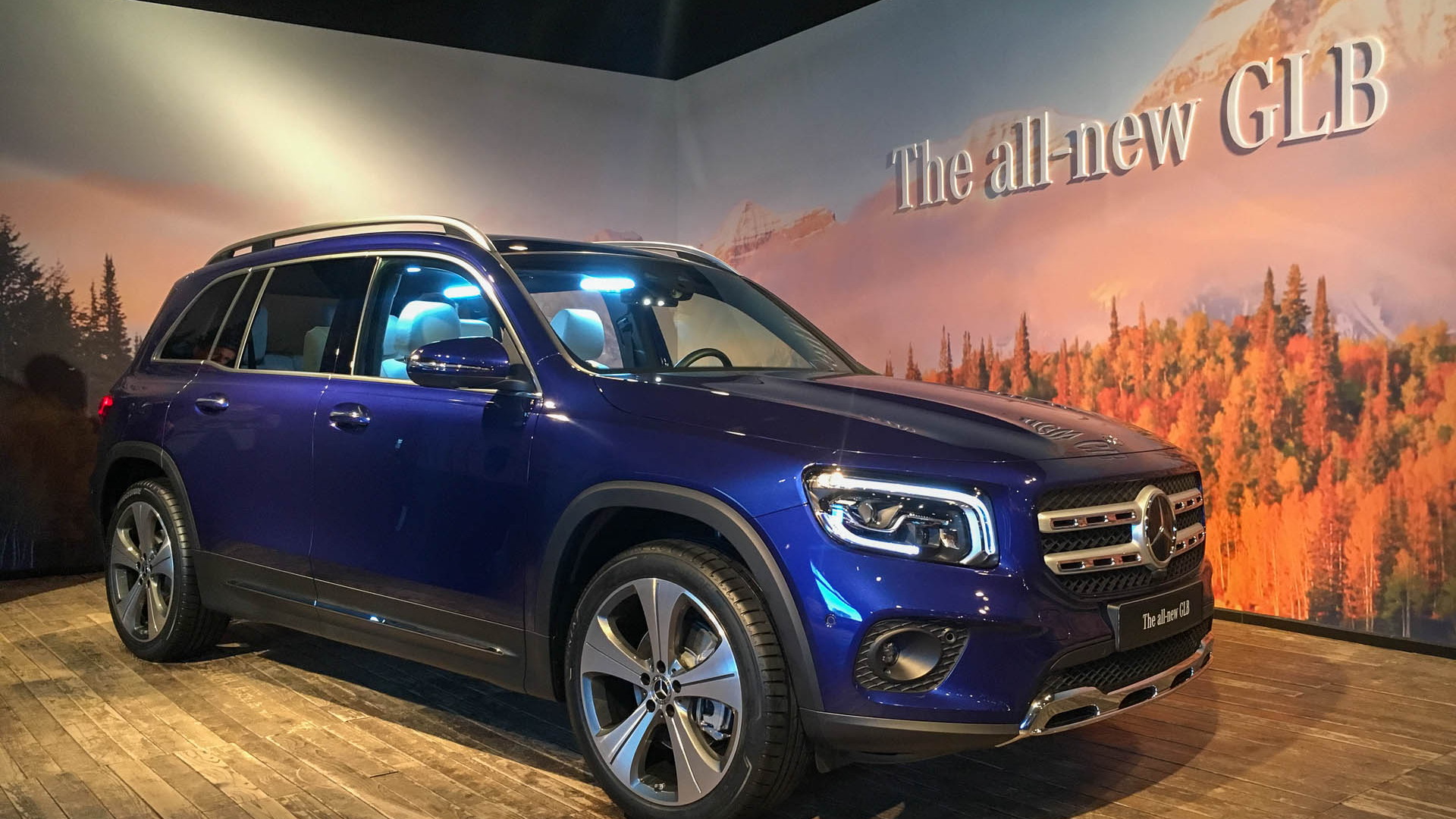 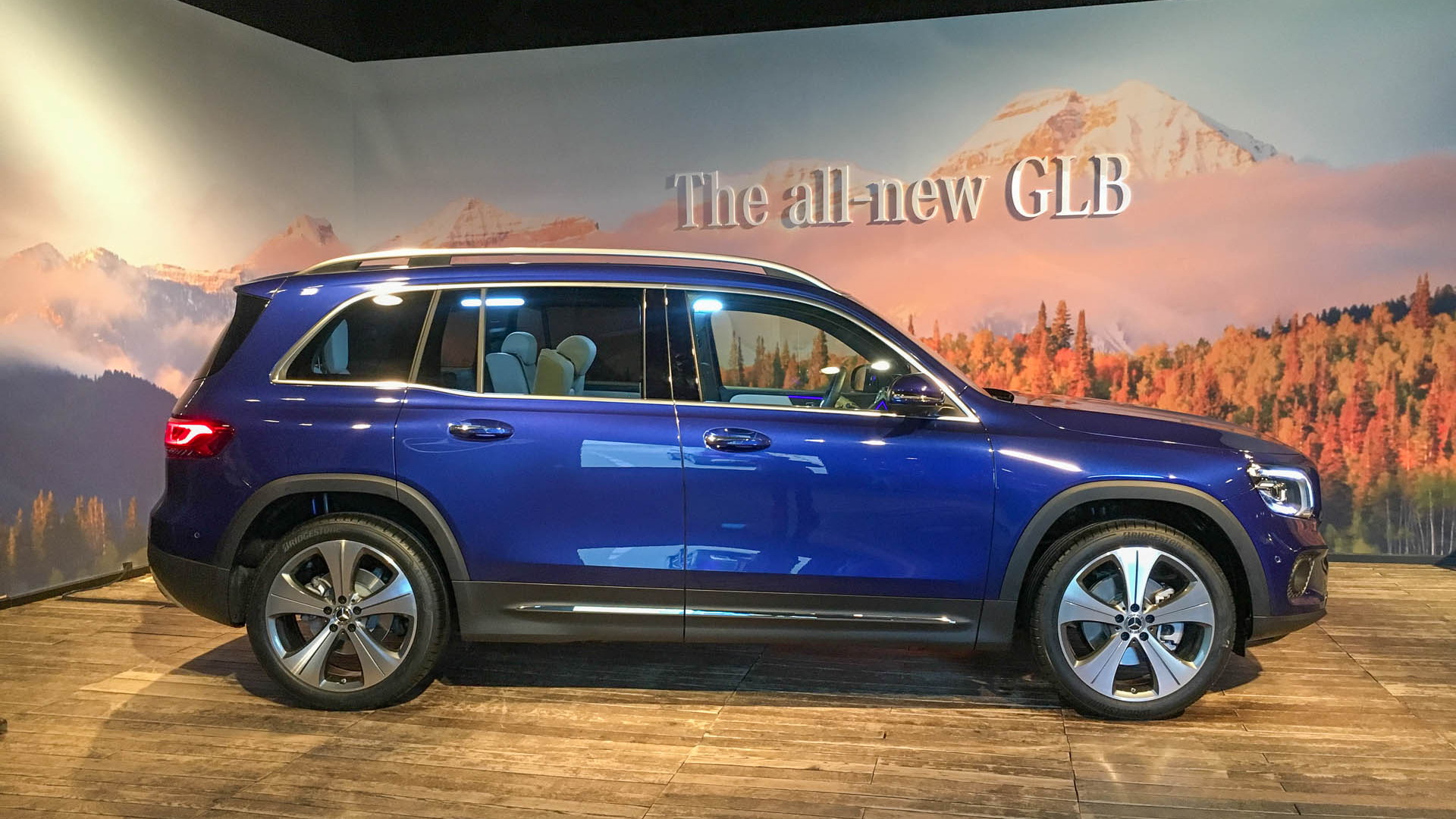 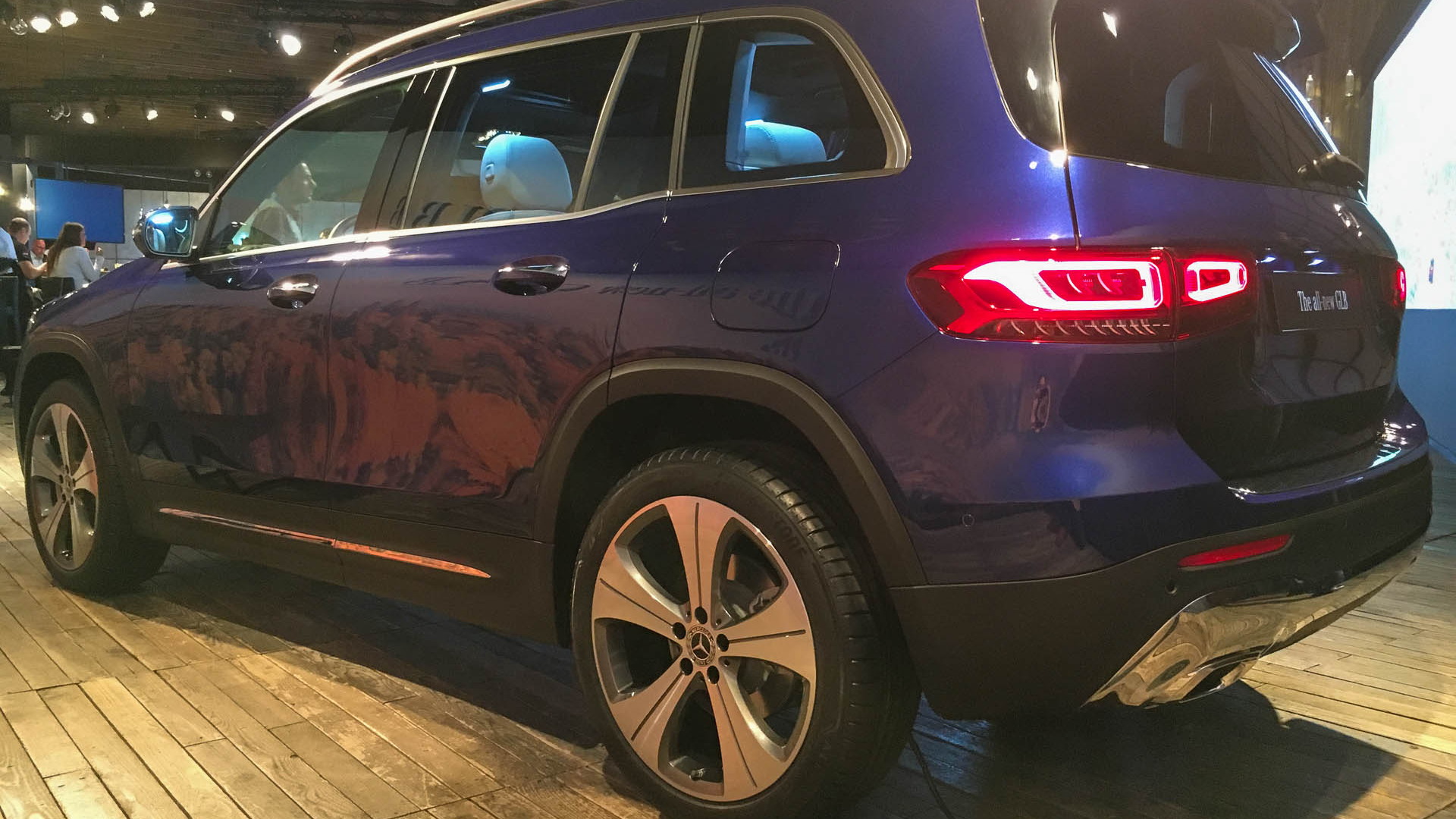 SUVs are all the rage right now, and it seems size isn't too much of a factor anymore.

At Mercedes-Benz, small SUVs is where the action is and so it's no surprise the automaker is doubling down in the compact SUV segment with the launch of a second offering, the 2020 GLB-Class. The new SUV was revealed on Monday and will be in showrooms by the end of the year.

The GLB is essentially a bigger, more rugged alternative to the GLA, which is really more of a tall hatch than an SUV—a design that looks set to be repeated with a redesigned GLA due out soon. The wheelbase is 111.4 inches, which is 5.1 inches longer than the GLA and 1.7 inches shorter than the GLC.

Mercedes has even managed to squeeze seven seats inside, though the standard setup is five seats. For models equipped with seven seats, the two individual seats of the third row can be folded flat so they are flush with the floor. Those sitting back here have access to two drink holders and some storage space between the seats.

The GLB is based on the same MFA2 (Mercedes Front-drive Architecture) as the recently launched A-Class and redesigned CLA, and just one model will be offered at launch, a GLB 250. It features a 2.0-liter turbocharged inline-4 generating 221 horsepower and 258 pound-feet of torque. An 8-speed dual-clutch transmission and front-wheel drive are standard, while all-wheel drive is available.

A plug-in hybrid option will likely be offered at some point, and Mercedes has already confirmed it will add an electric variant dubbed the EQB in 2021. We've also spotted a sporty GLB35 testing, and a high-performance GLB45 could also be in the pipeline.

Inside the GLB, the dash layout will be familiar to anyone who has sat in one of Mercedes' latest compacts, with a pair of screens each spanning 7 inches serving as the instrument cluster and infotainment hub, respectively. There's touch capability for the infotainment screen and you'll also be able to use natural speech to control many vehicle functions. Premium features like a Burmester audio system, bigger 10.25-inch screens, and the latest in electronic driver aids are available.

Production of the GLB for North America is expected to take place at the same plant in Mexico where the A-Class is built. Pricing information will be announced closer to the market launch.

Compact cars have proven to big business for Mercedes. Buyers snapped up 609,000 examples of Mercedes' compacts in 2018, which accounted for 25 percent of the automaker's sales, and the number this year is likely to be even higher due to the arrival of a redesigned and expanded range.