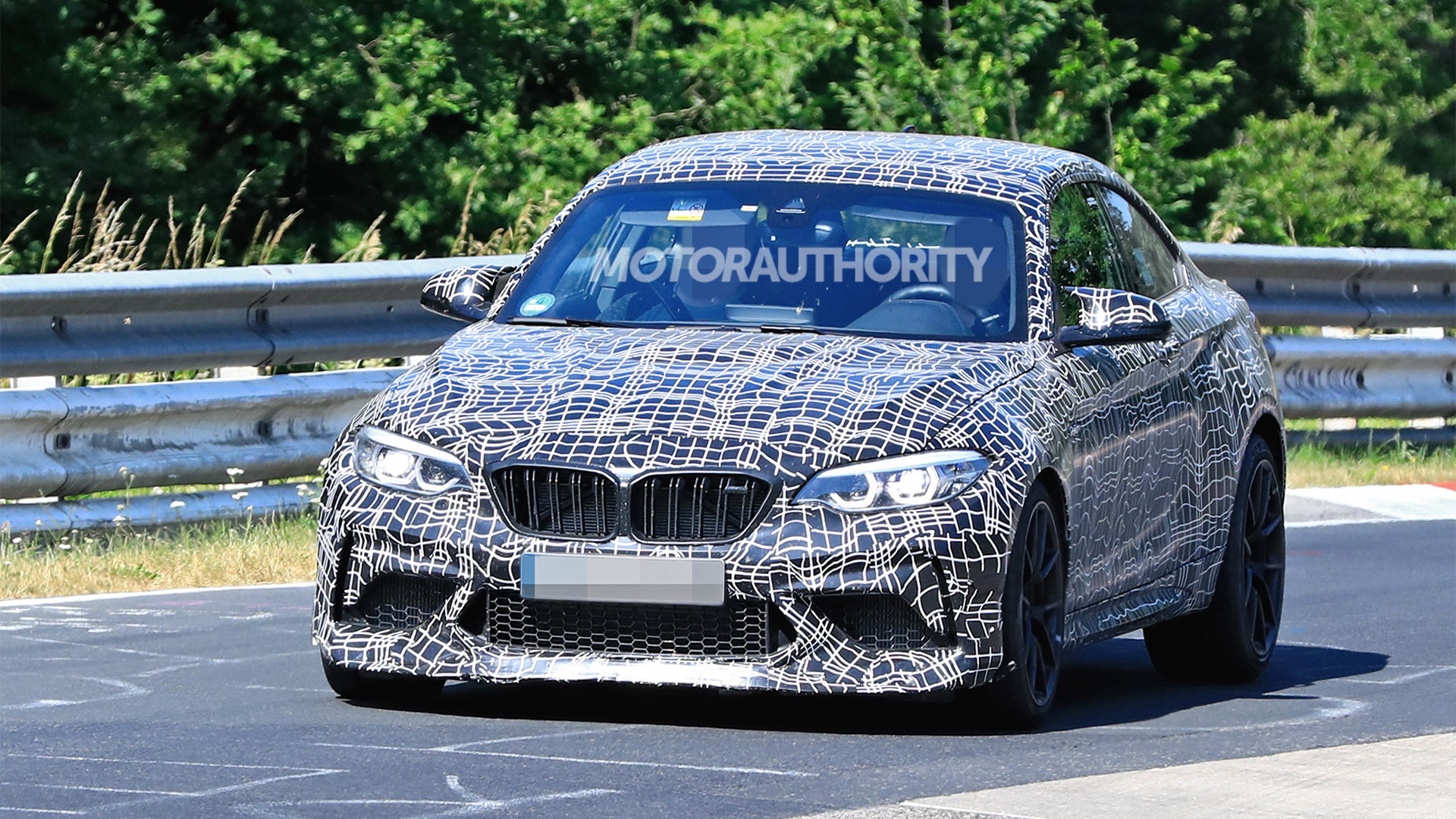 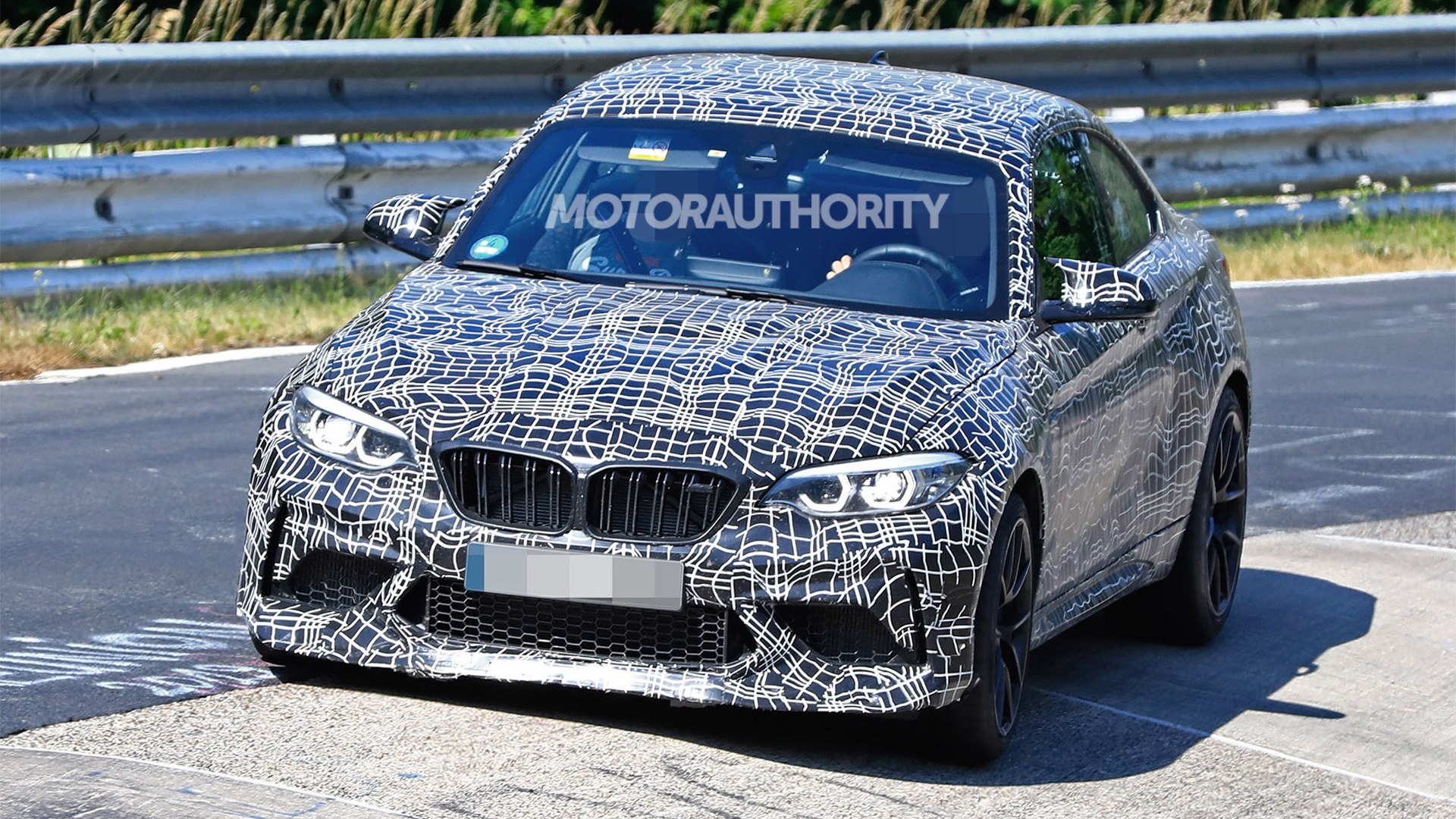 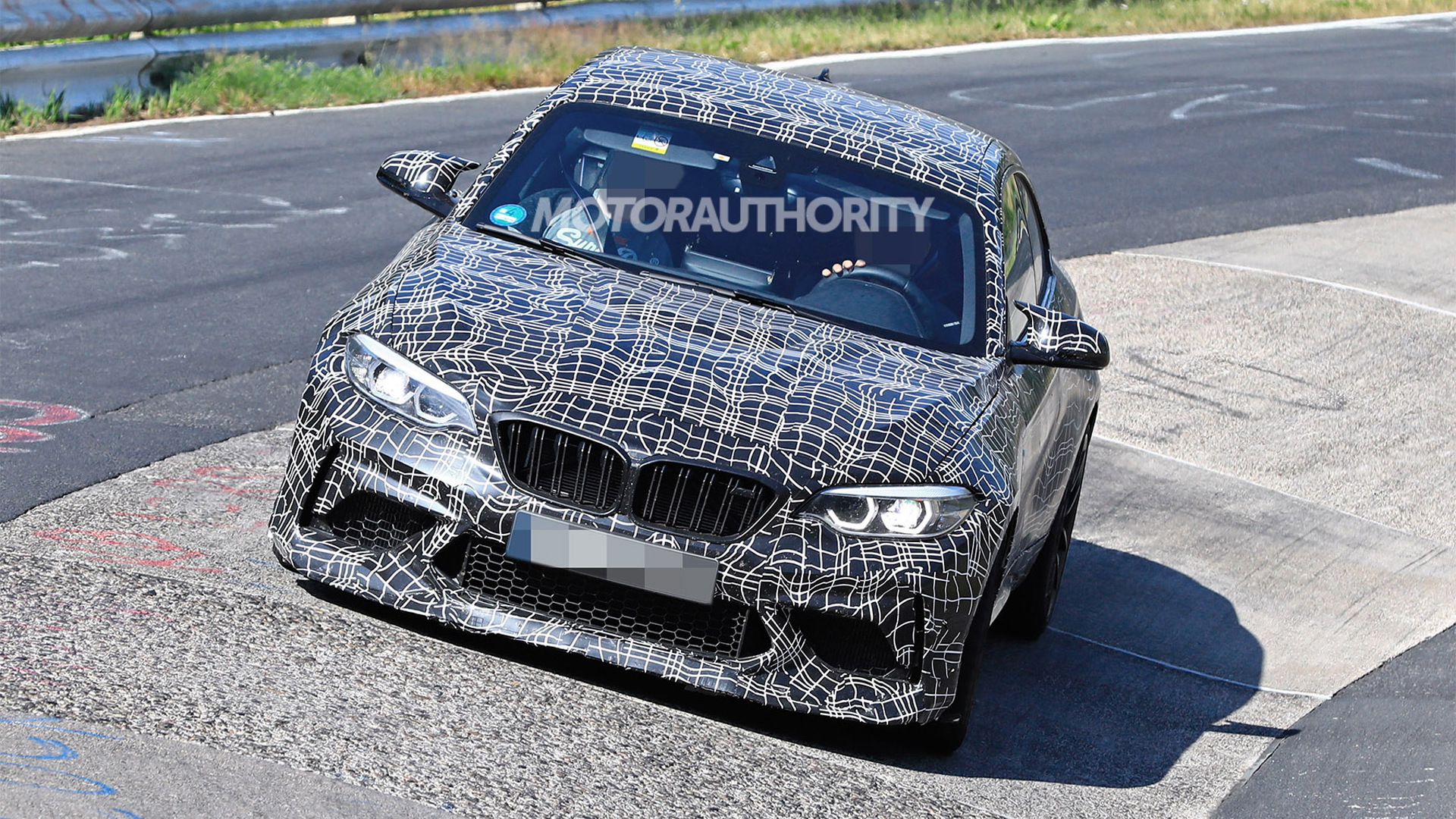 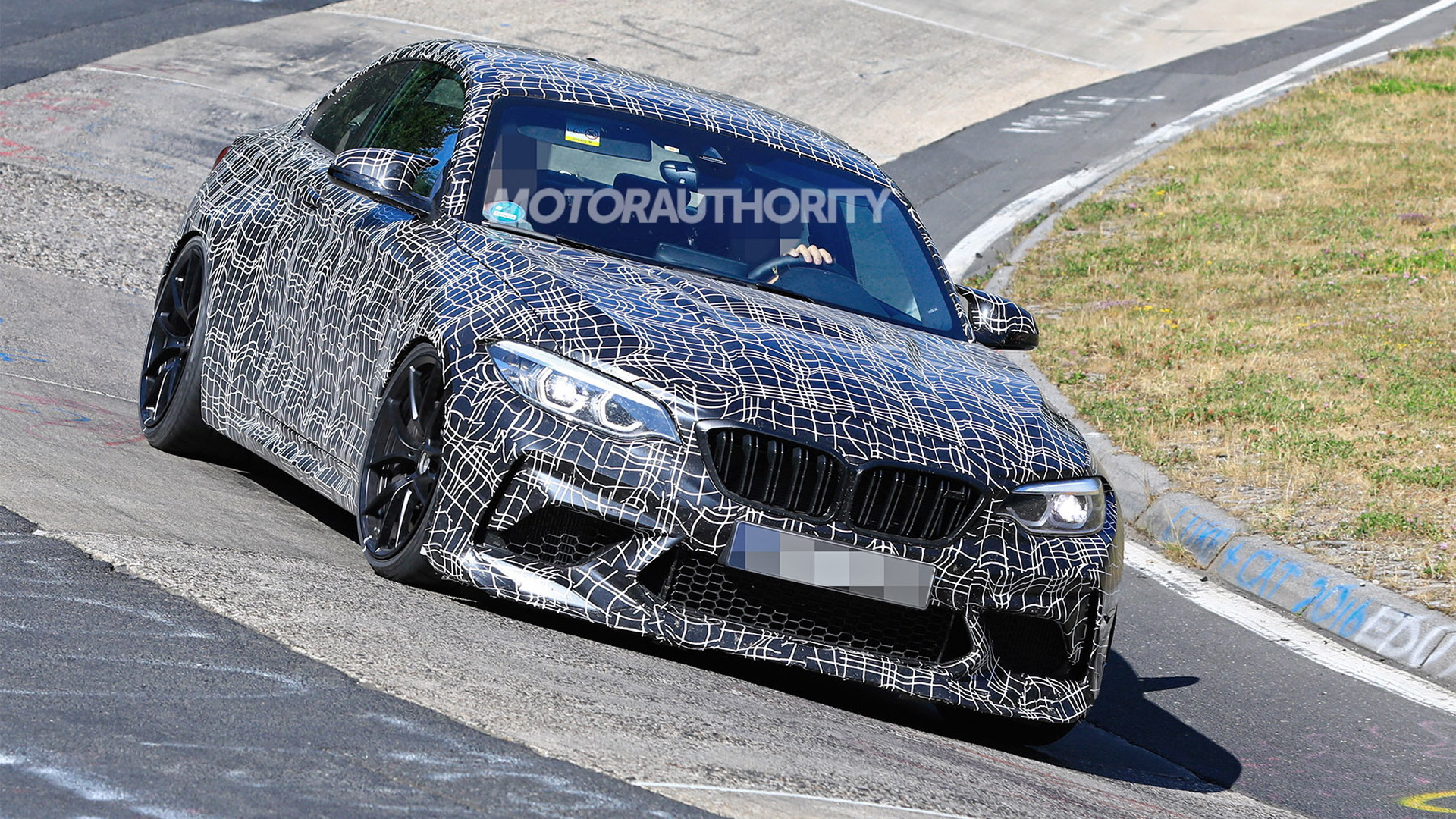 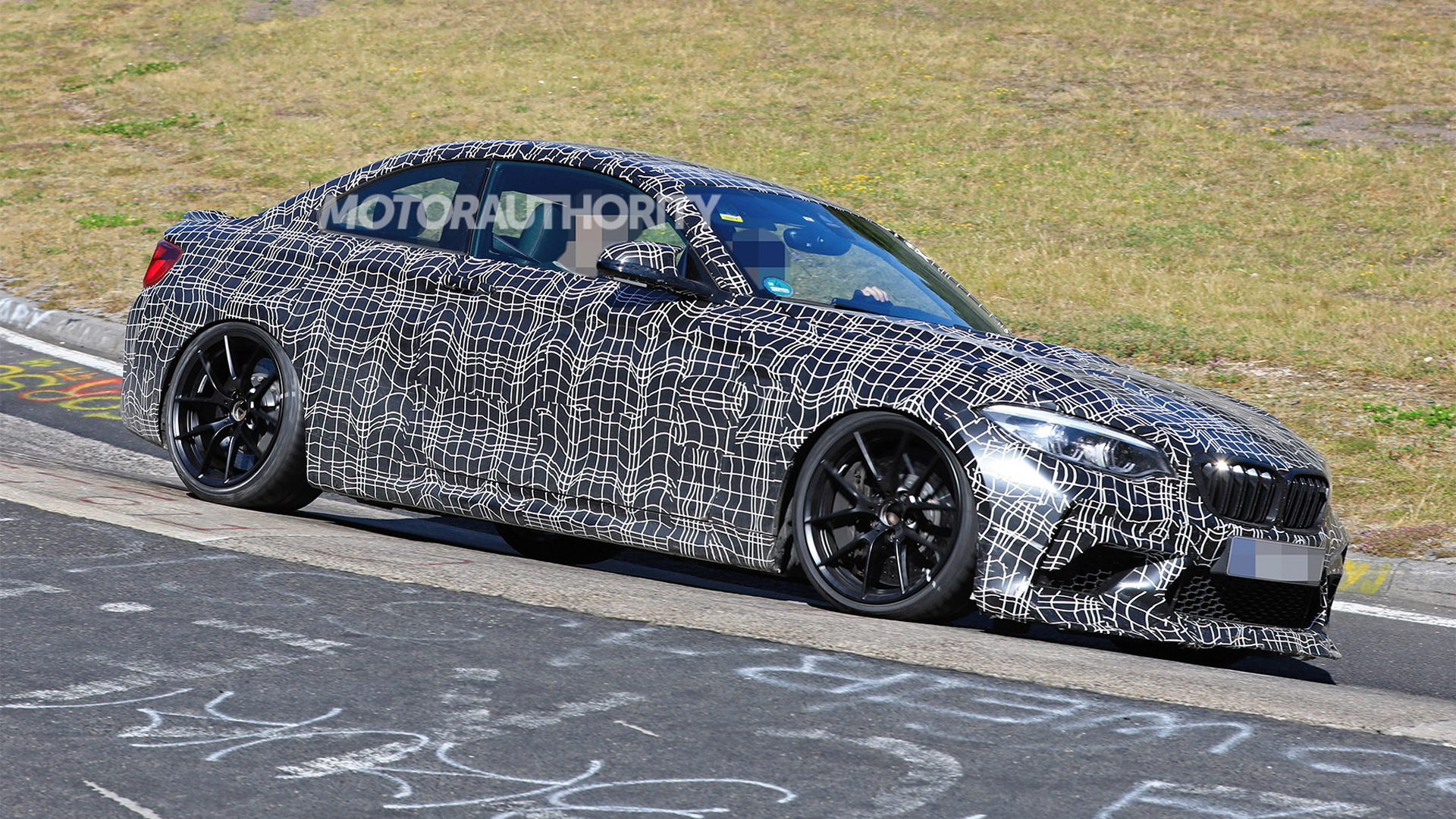 BMW M is out testing a new version of the M2, believed to be a hardcore M2 CS due out later this year.

The car may look like the recently launched M2 Competition but if you look a little closer you'll notice some key differences.

For instance, the front fascia sports an additional lip spoiler lifted out of the M Performance parts catalog. There's also a trunk lid spoiler that matches the design used on the BMW M4 CS.

Also borrowed from the M4 CS are this M2 tester's wheel design and massive carbon-ceramic brake rotors. No doubt the car is also wearing a set of Michelin Pilot Sport Cup 2 tires, just like the M4 CS.

The M2 CS is expected to offer about 445 horsepower, likely from the 3.0-liter twin-turbocharged inline-6 fitted to the M3/M4 instead of the regular M2's single-turbo engine. The regular M2 makes 365 hp while the M2 Competition with the same engine makes 405 hp.

We also hear that shoppers will be able to choose between manual or dual-clutch transmissions, as well as between four colors for the exterior (Black Sapphire, Alpine White, Hockenheim Silver, Misano Blue). A carbon fiber-reinforced plastic roof is also expected to be fitted as standard.

While it's yet to be confirmed, we heard last August that the M2 CS is being looked at as a potential limited-edition model for the United States. An even more hardcore M2 CSL is expected to follow but as a global model.

The CSL cars will be targeted at track enthusiasts and we should see the storied badge resurface first on an M4 CSL at some point. The latter will essentially replace 2016's M4 GTS.

Note, BMW M is already laying the groundwork for a redesigned M2. The car is referred to internally as the "drift machine." Sounds like it will be a corker.