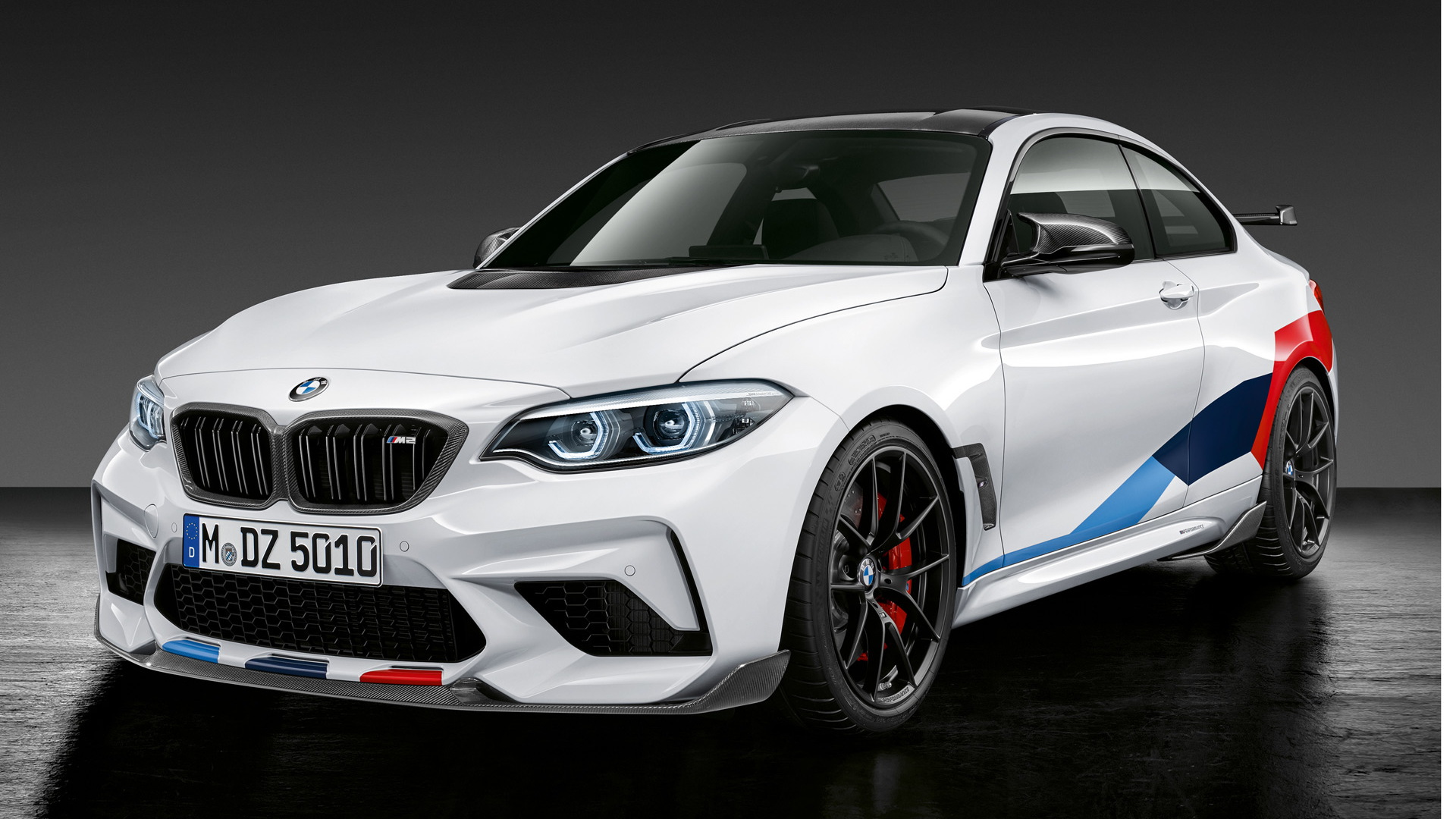 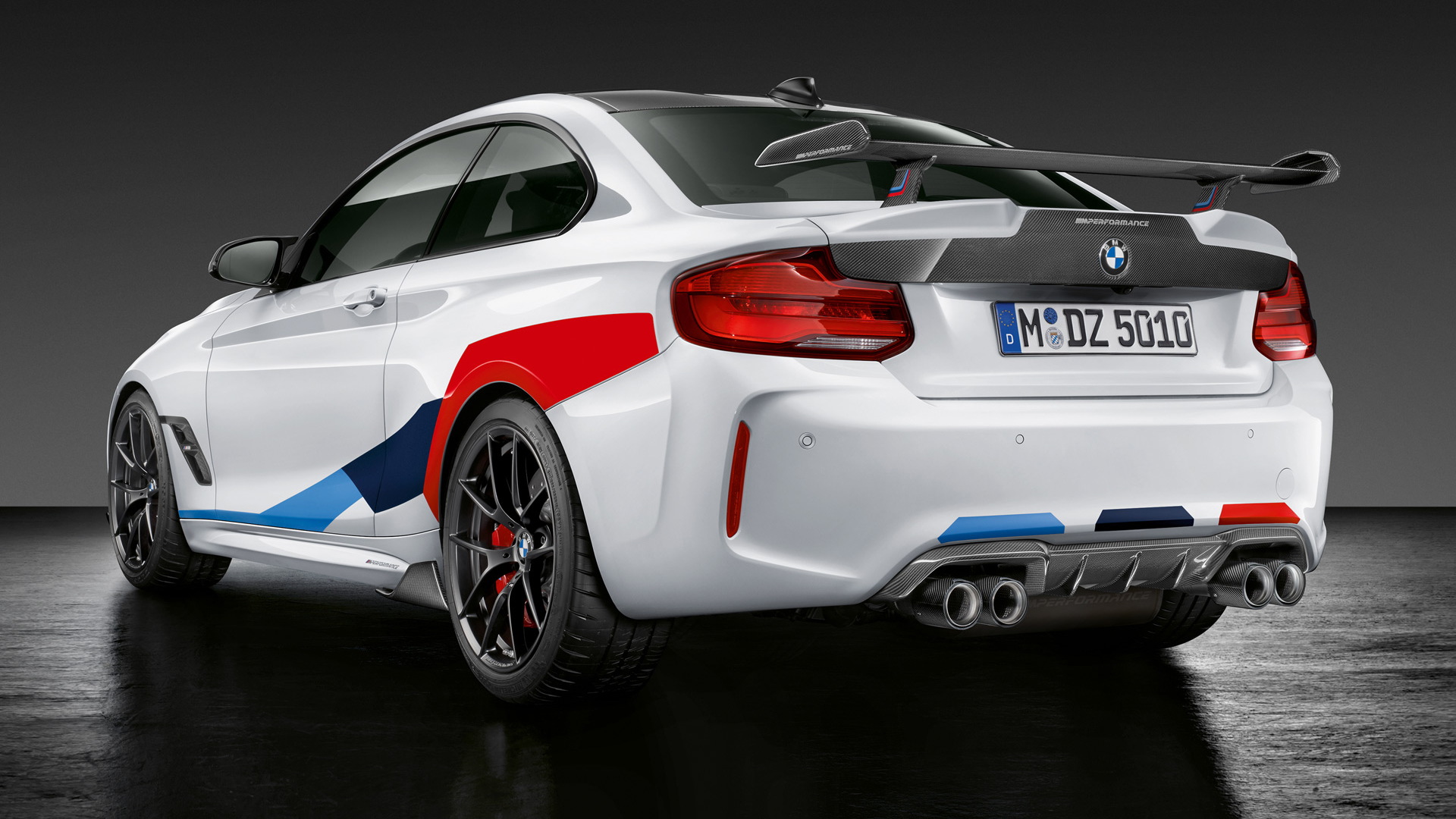 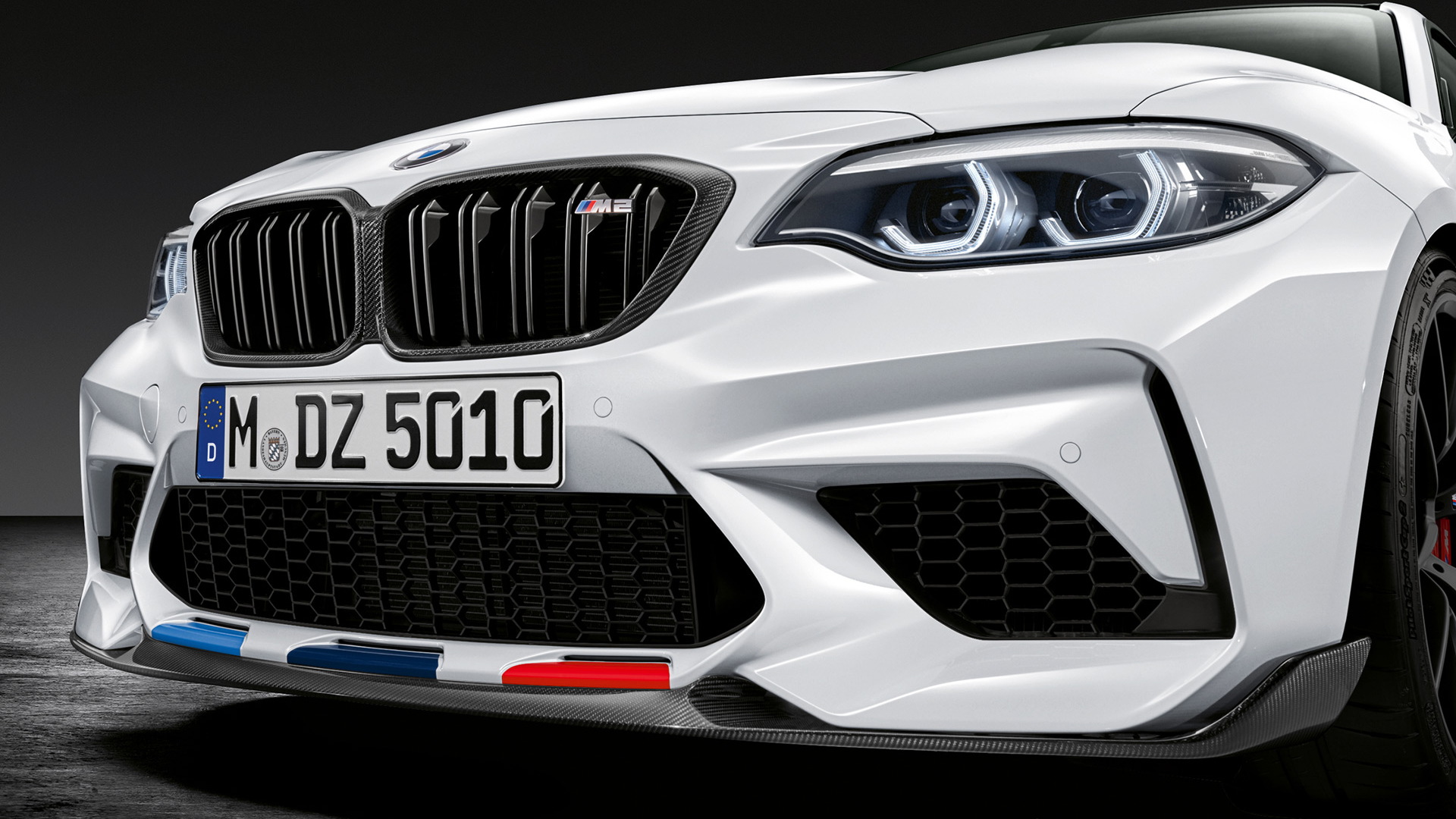 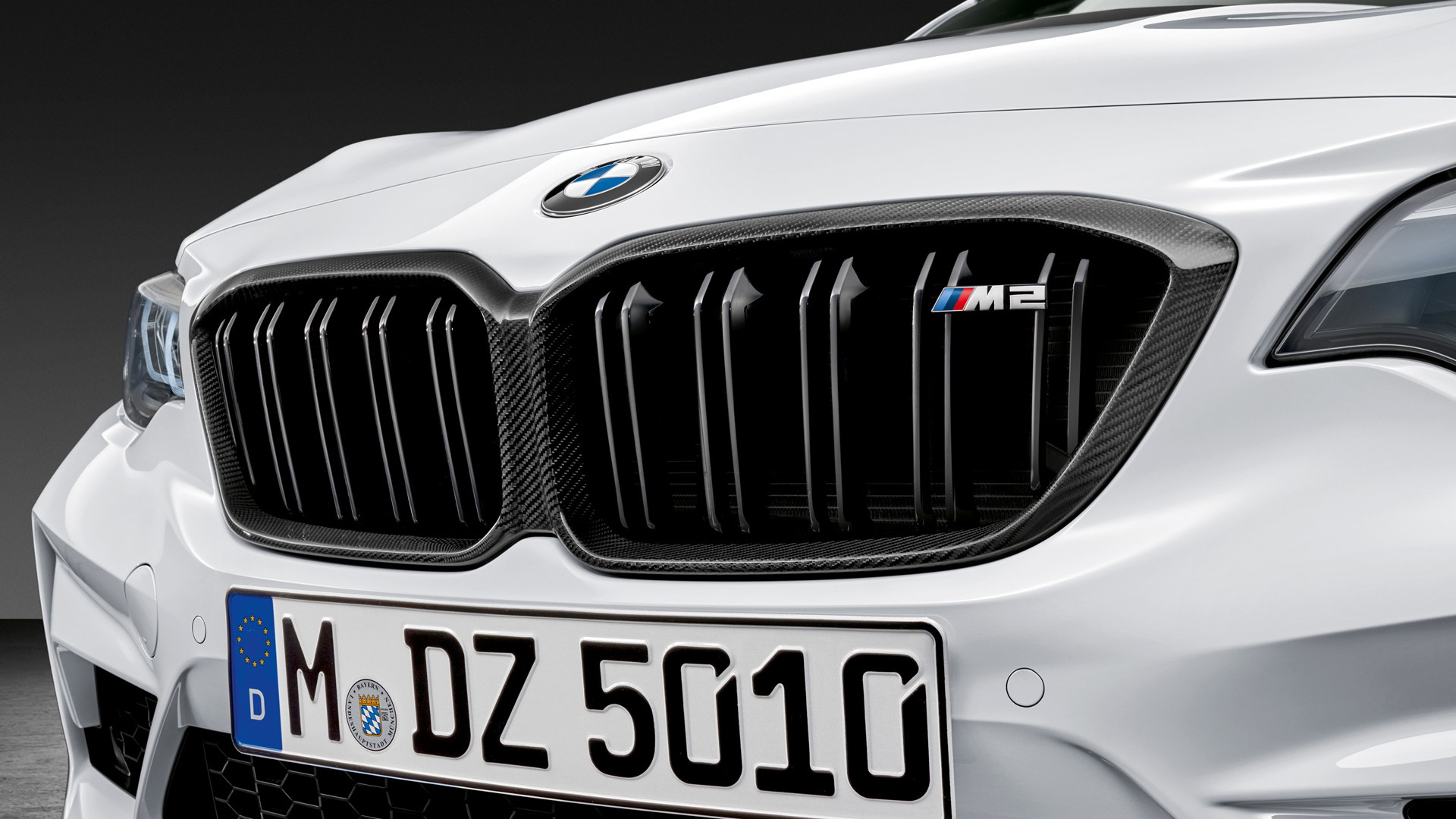 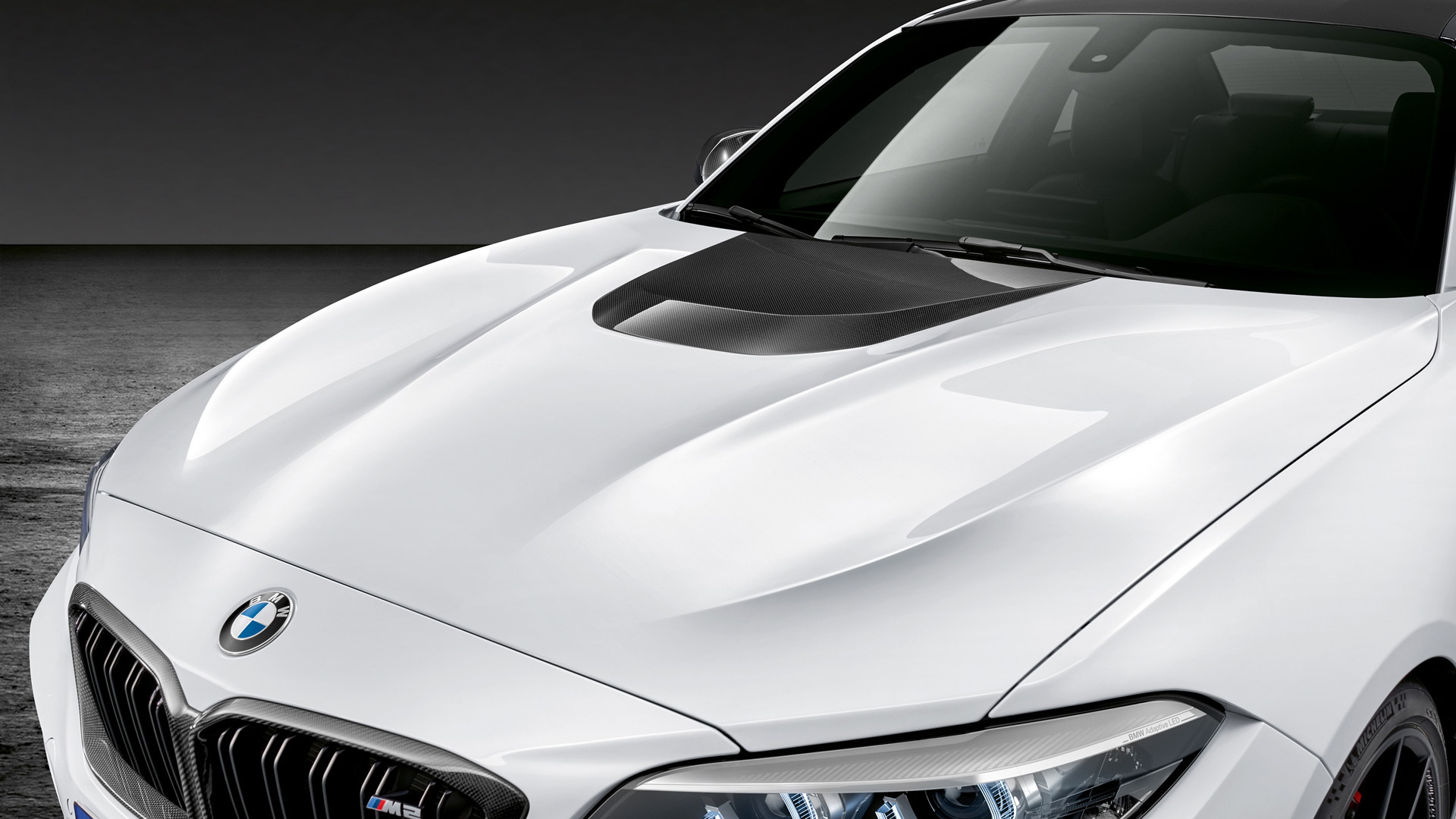 BMW already has a full assortment of performance upgrades for the new M2 Competition due in showrooms later this year.

Munich's latest creation is near perfect straight out of the box but BMW is well aware that the car targets the enthusiast market. It's no surprise then that the automaker is offering a full range of M Performance parts from the get go.

There are parts for the exterior and the cabin, most of them aimed at reducing weight, the result being better performance in virtually all dynamic qualities. Examples include the carbon fiber hood, roof and tailgate, which reduce weight by 20, 11 and 13 pounds, respectively.

Additional carbon fiber parts, in addition to saving weight, aid the aerodynamics. Particularly eye-catching is the carbon fiber front splitter. Buyers also have their choice of rear wing to suit their particular taste. 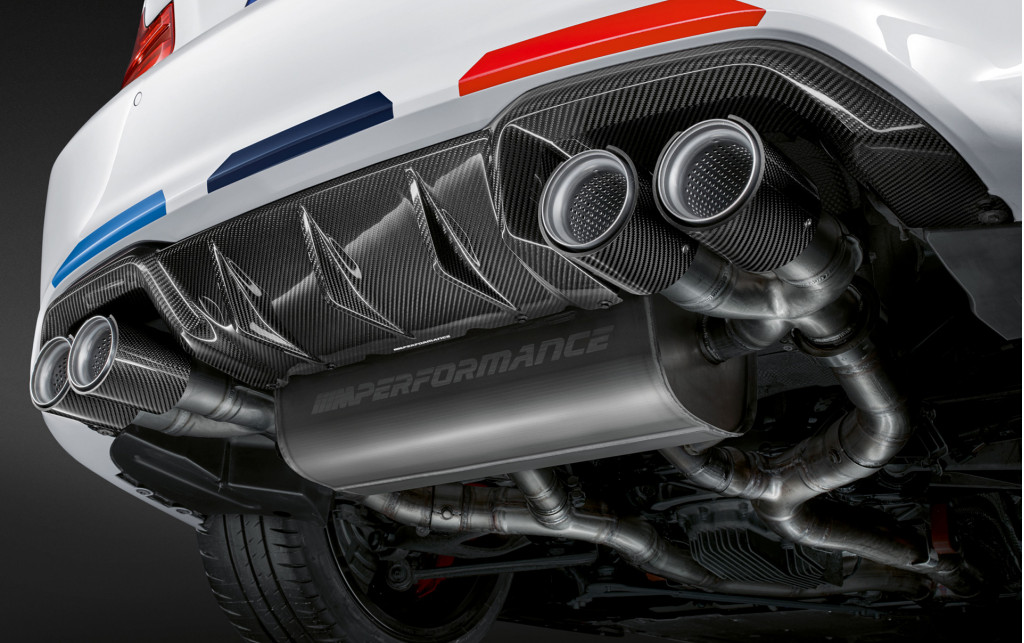 Beyond weight loss and aerodynamics, M2 Competition buyers can also enhance their cars with adjustable coil-over suspension that comes with 12 settings for compression and 16 for rebound and lowers the car by up to 20 millimeters. There are also lighter wheels, larger brakes with carbon-ceramic rotors, and an active exhaust system with a titanium muffler. This not only sounds sportier than stock but also sheds 17.6 pounds from the curb weight.

For the interior, there are custom parts for the gear selector, pedals and trim. The latter can be dressed up with an M Performance interior kit that includes Alcantara and genuine carbon fiber elements. There's also the M Performance Drive Analyzer, a telemetry system that can send important performance metrics such as speed, engine revs, accelerator and brake use as well as the lateral acceleration to a smartphone via the car's OBD port.

Sadly, there's no extra power to be had, though it's not like the M2 Competition is lacking in this area. The car comes with a detuned version of the 3.0-liter twin-turbocharged inline-6 found in the M3/M4. Here, it's tuned to deliver 405 horsepower and 406 pound-feet of torque, which will see the car accelerate from 0-60 mph in as little as 4.0 seconds. Top speed is 174 mph when the available M Driver's package is included.

The M Performance parts can be ordered from most BMW showrooms.