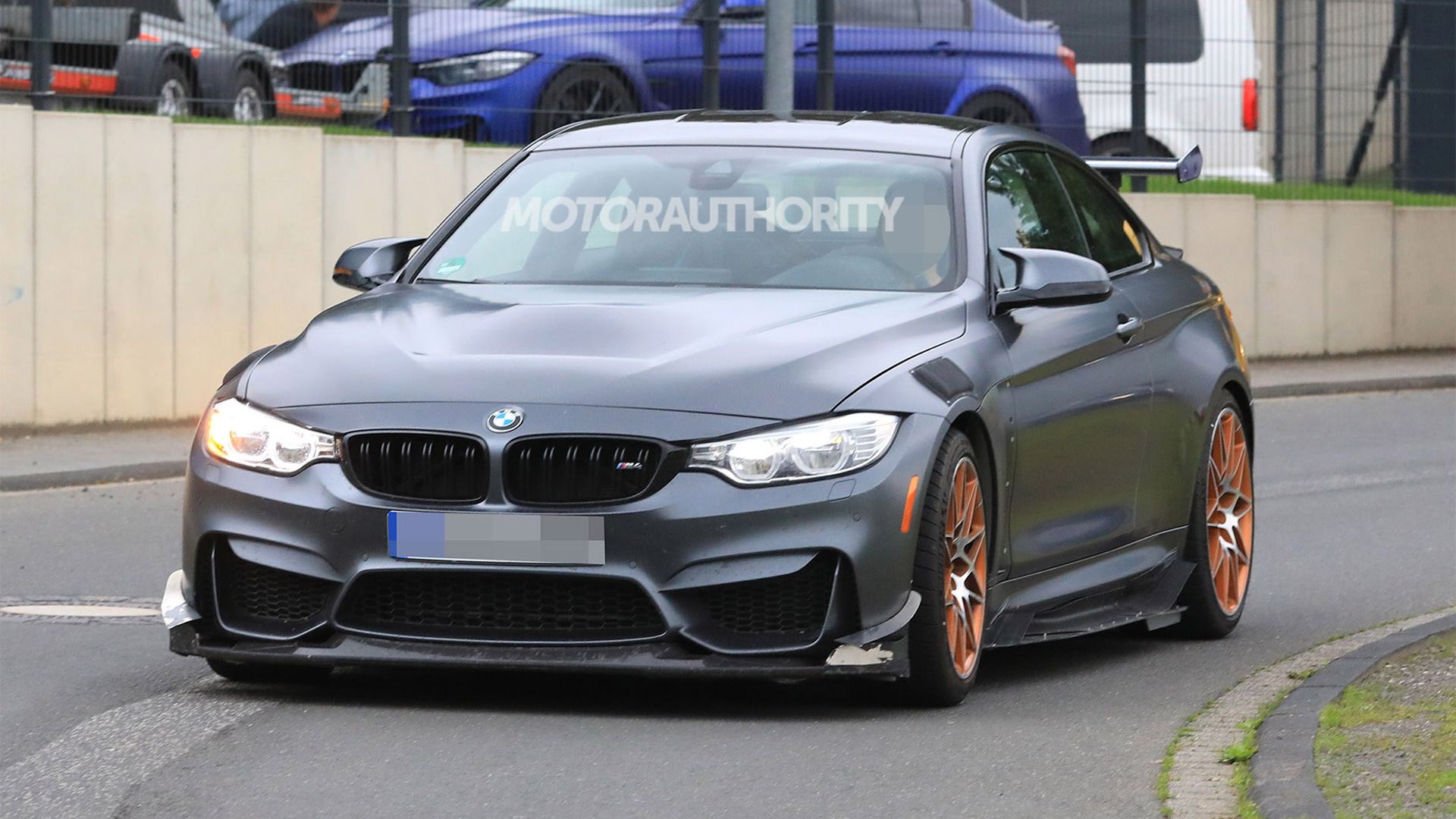 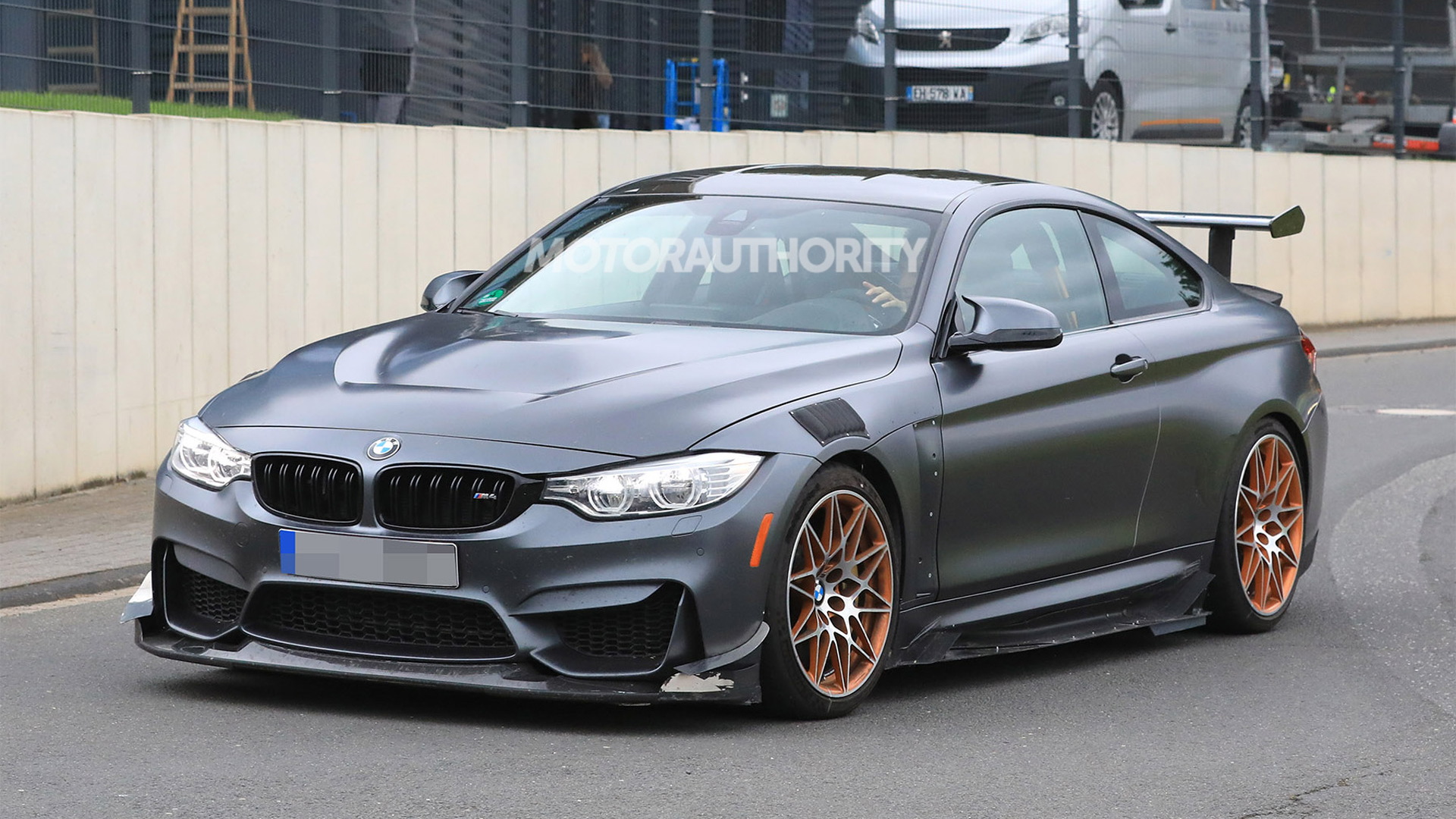 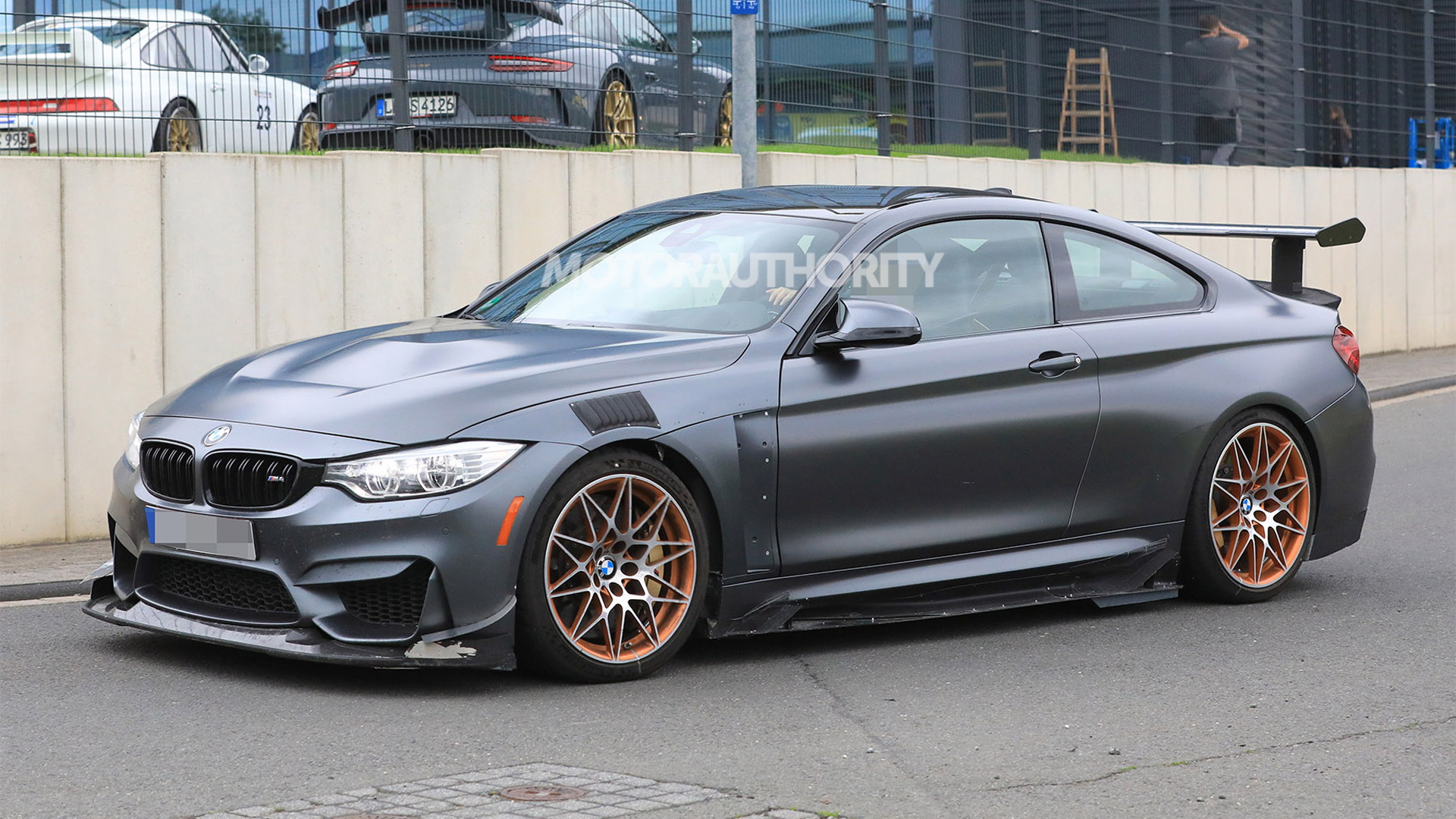 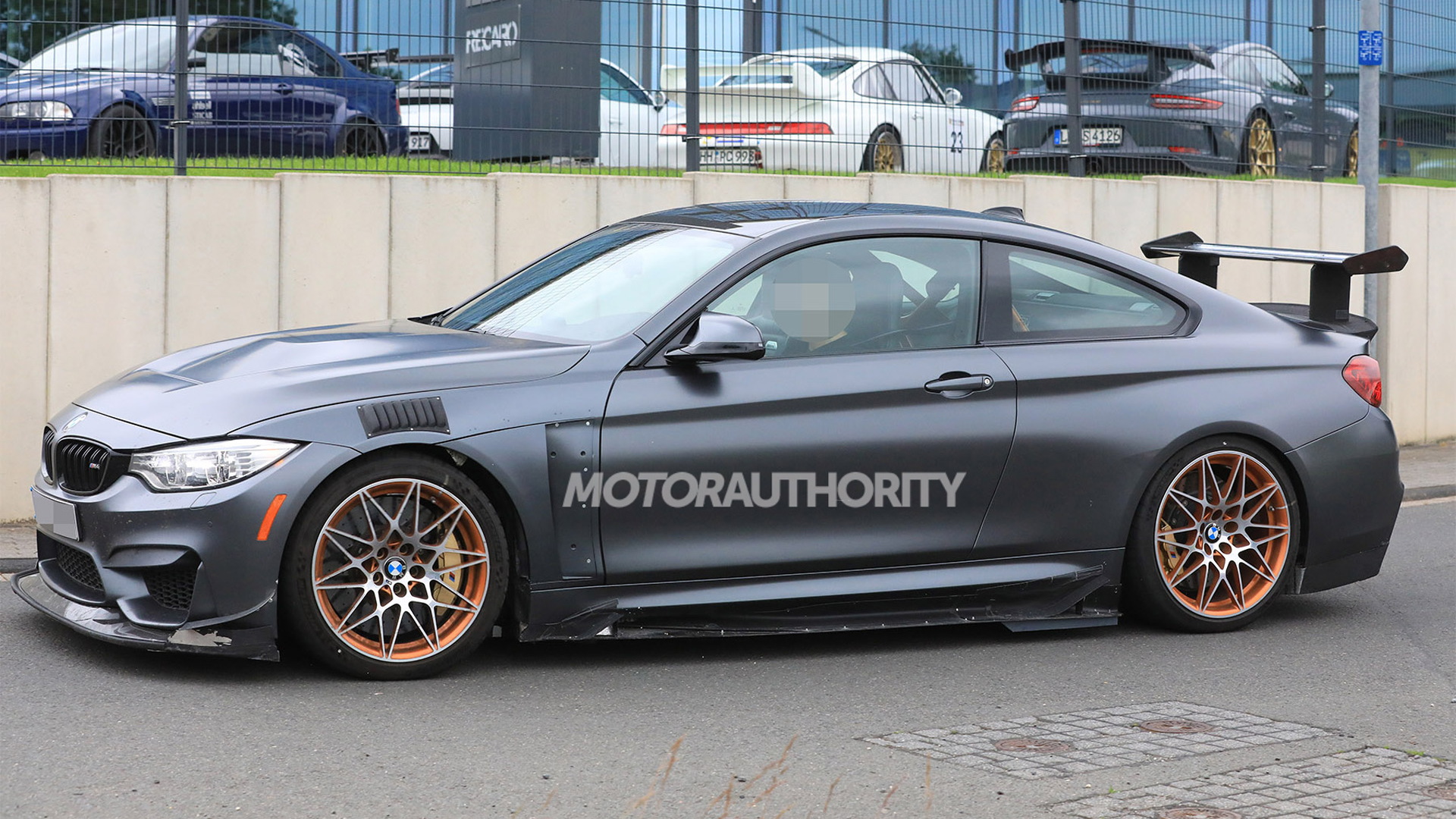 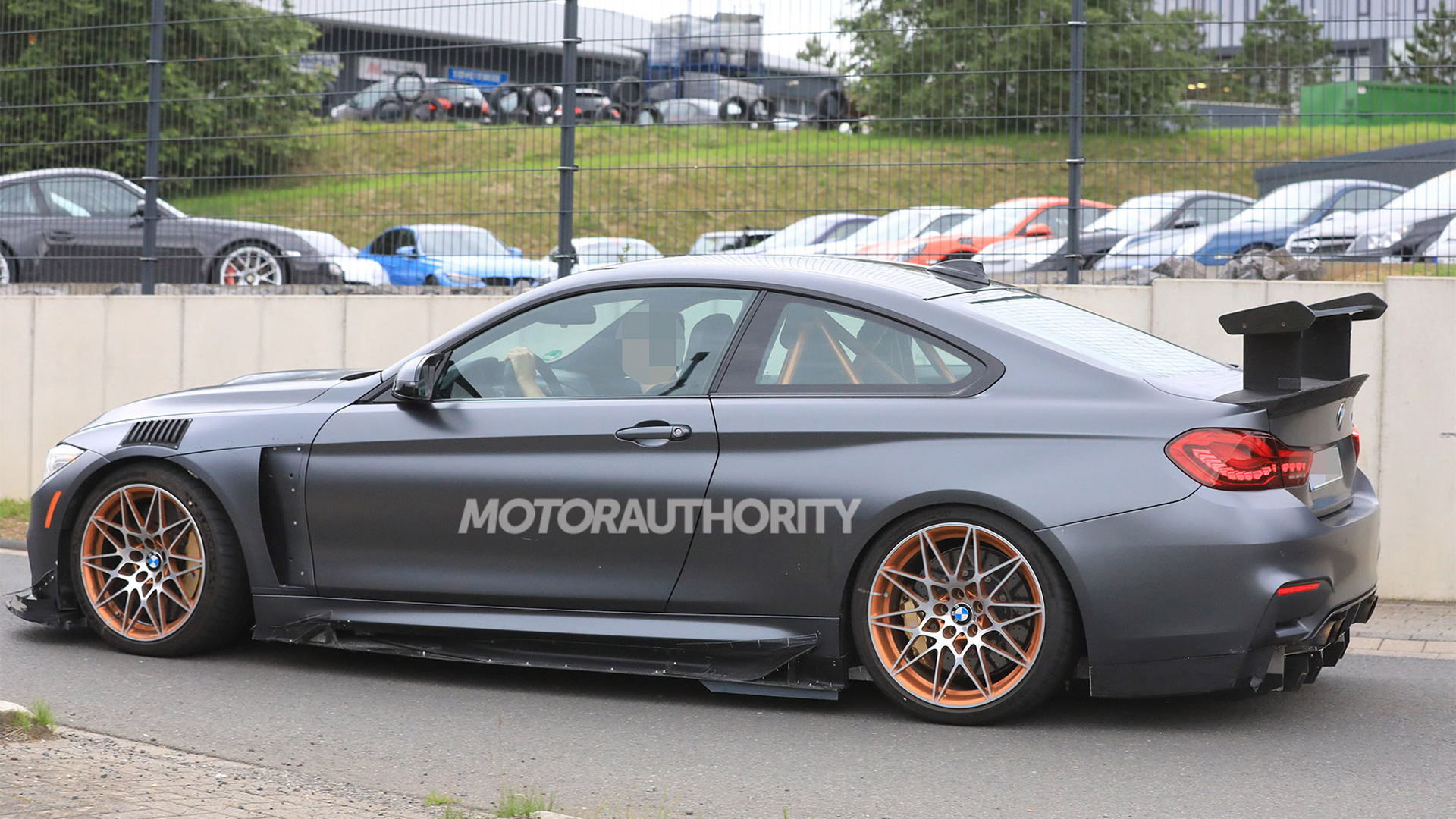 BMW M engineers are testing an extreme version of the already hardcore M4 GTS at the Nürburgring and on some of the German race track's surrounding roads.

It's impossible to say whether this is a new model in the works or just some routine testing of components, but there's been confirmation from M boss Frank van Meel that hardcore, track-focused models are coming—complete with CSL badges.

"CSL [will be] the top-of-the-line track tool, made on the track for the track, just with a number plate," he revealed during the 2017 Frankfurt auto show.

If you’re unfamiliar with the CSL badge, it stands for “Coupe Sport Lightweight.” The last model the lettering was attached to was the E46 M3, with the CSL cars built in a limited run of just 1,400 units between 2002 and 2004—such tiny numbers make it an exclusive offering, and only the most dedicated opt for the extra expense and somewhat harsher and noisier ride characteristics.

The M4 GTS tester shown here very much fits van Meel's description of future CSL models; that's right, there will be more than one. The car is fitted with numerous new aero elements including the obligatory high-downforce rear wing. There are also new vents in the front fenders and Michelin's brilliant Pilot Sport Cup 2 tires attached to the wheels.

We suspect the cabin has been stripped of all but the bare essentials in an effort to save weight. You'll also notice that the car has been fitted with the M4 GTS's roll cage.

There aren't any clues about what's residing under the hood, but the standard M4 GTS's engine should suffice for track duty. Recall, the 3.0-liter twin-turbocharged inline-6 pumps out 493 horsepower and 442 pound-feet of torque thanks to a little help from its water injection system, or enough for a 7:27.88 'Ring time.

Should BMW M be working on an M4 CSL, we're likely to see the car arrive in the first half of 2019. It will be a fitting farewell to the current-generation 4-Series which is due to be replaced in the next couple of years.