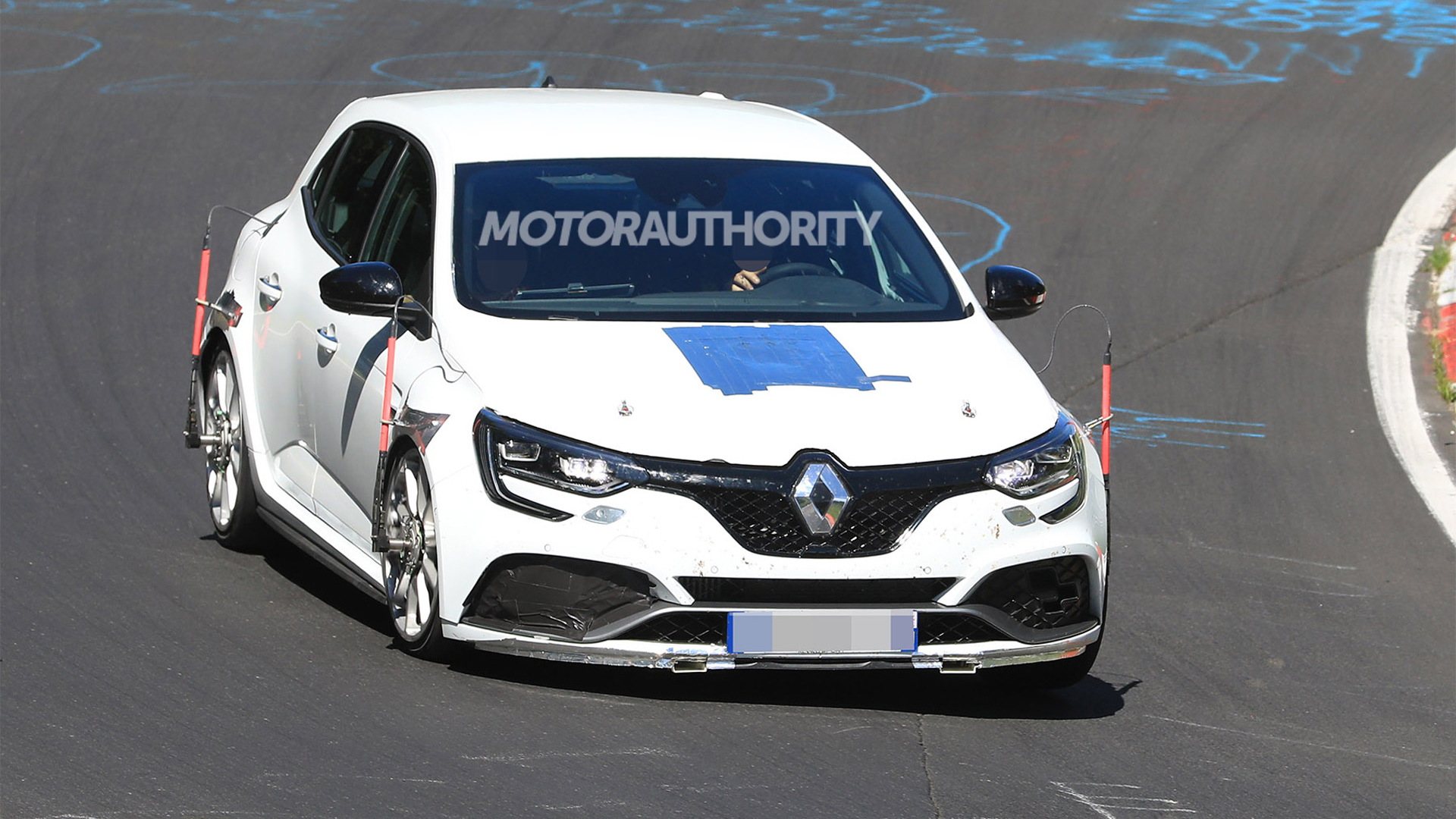 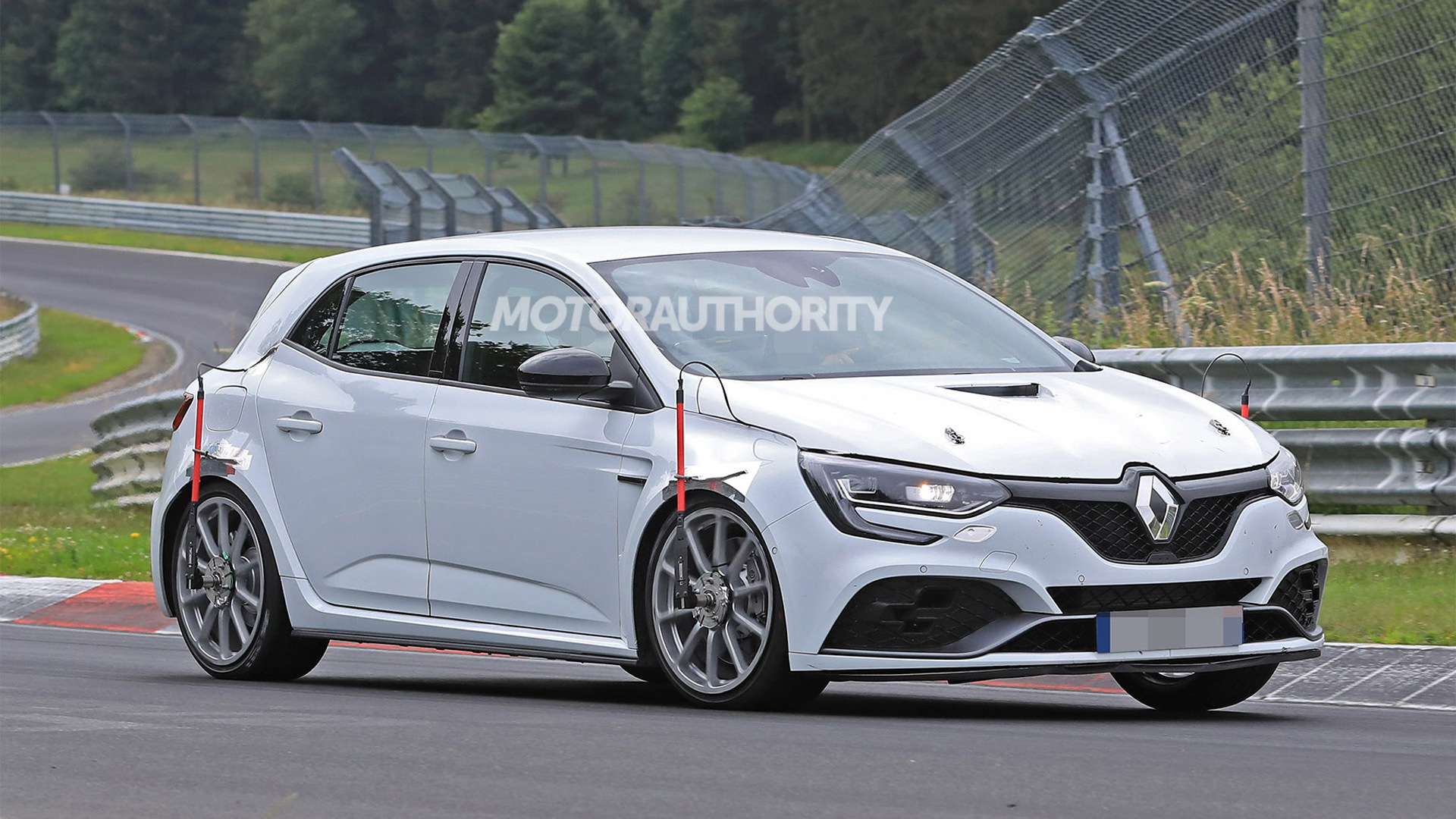 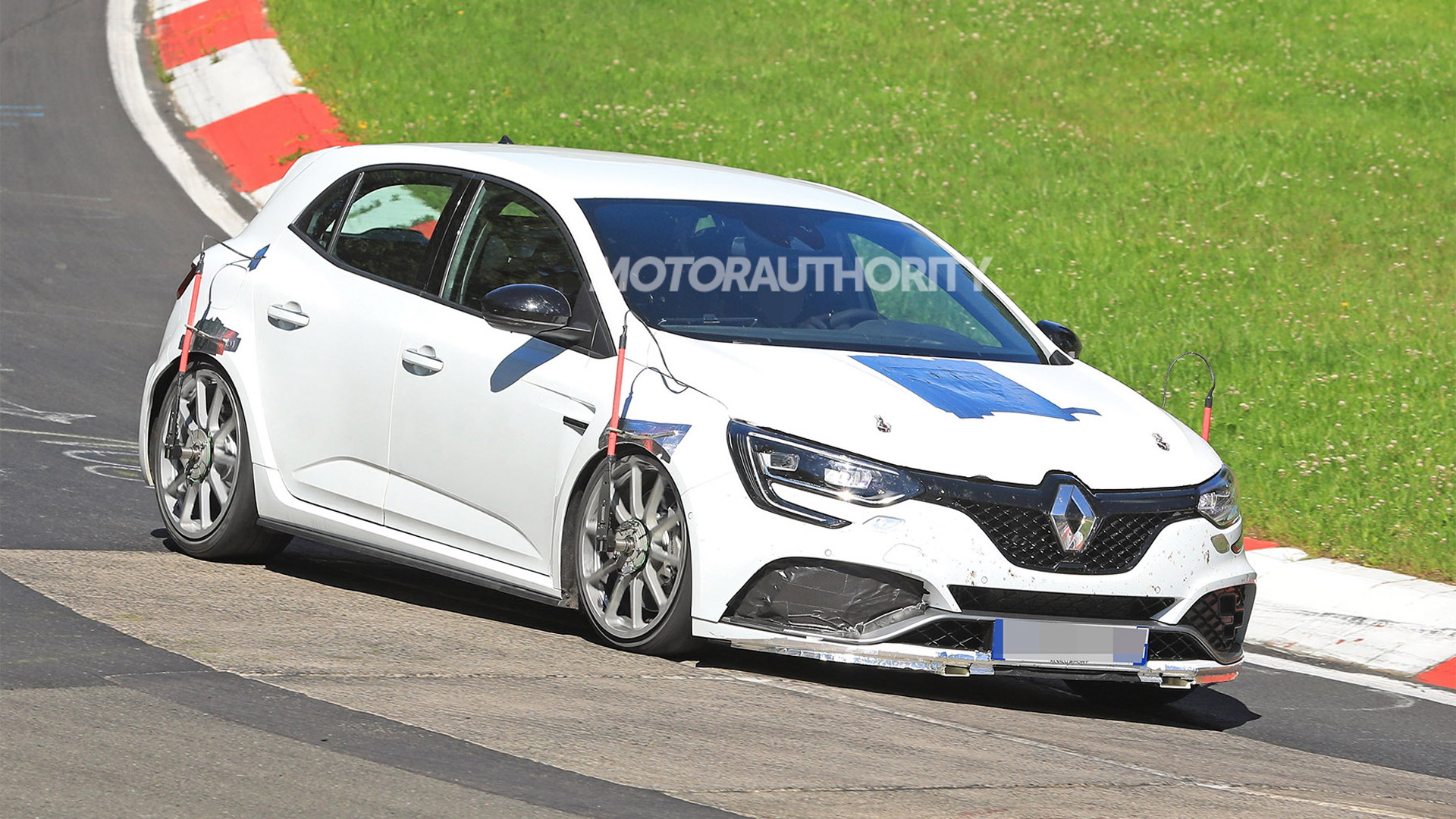 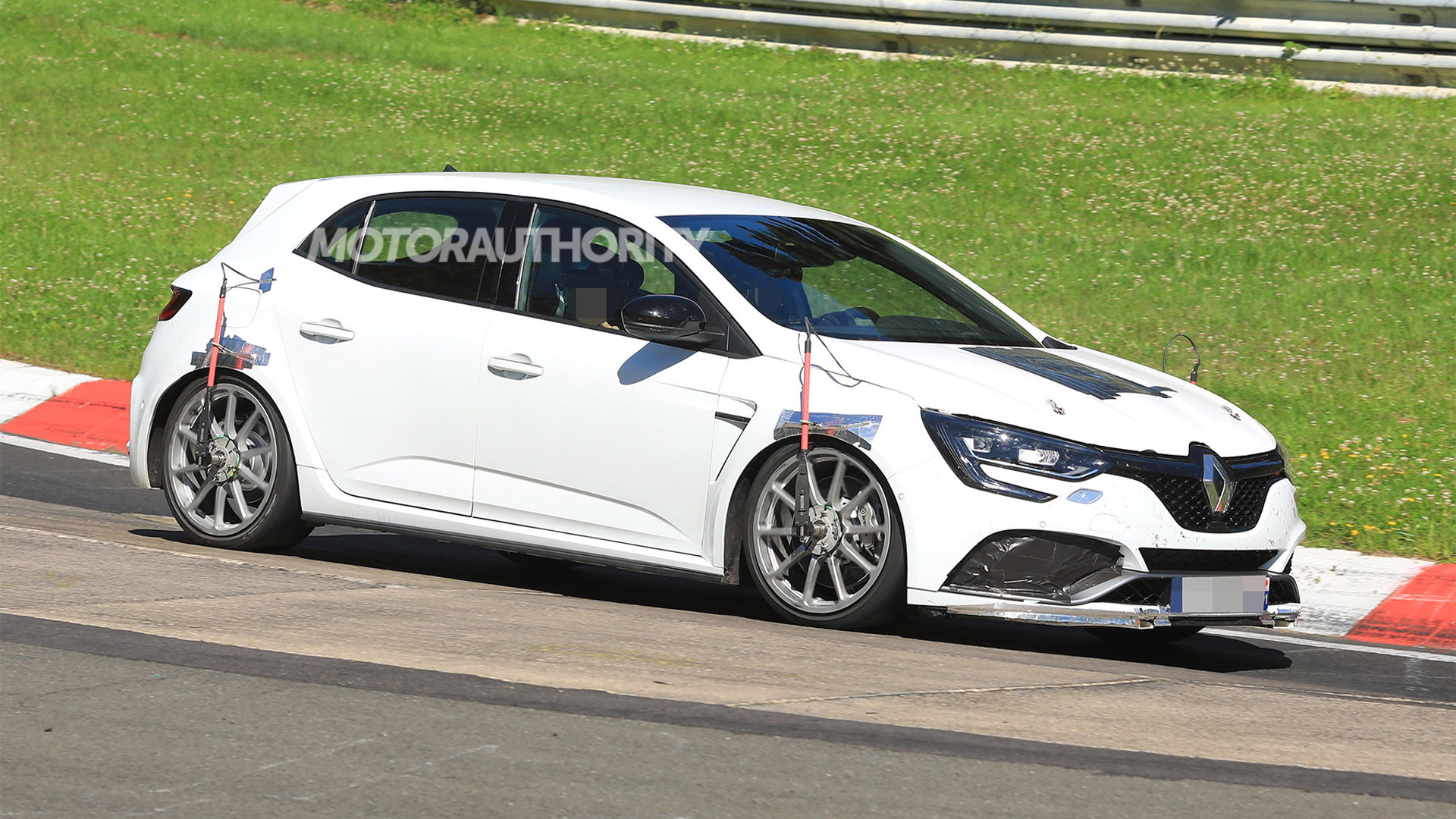 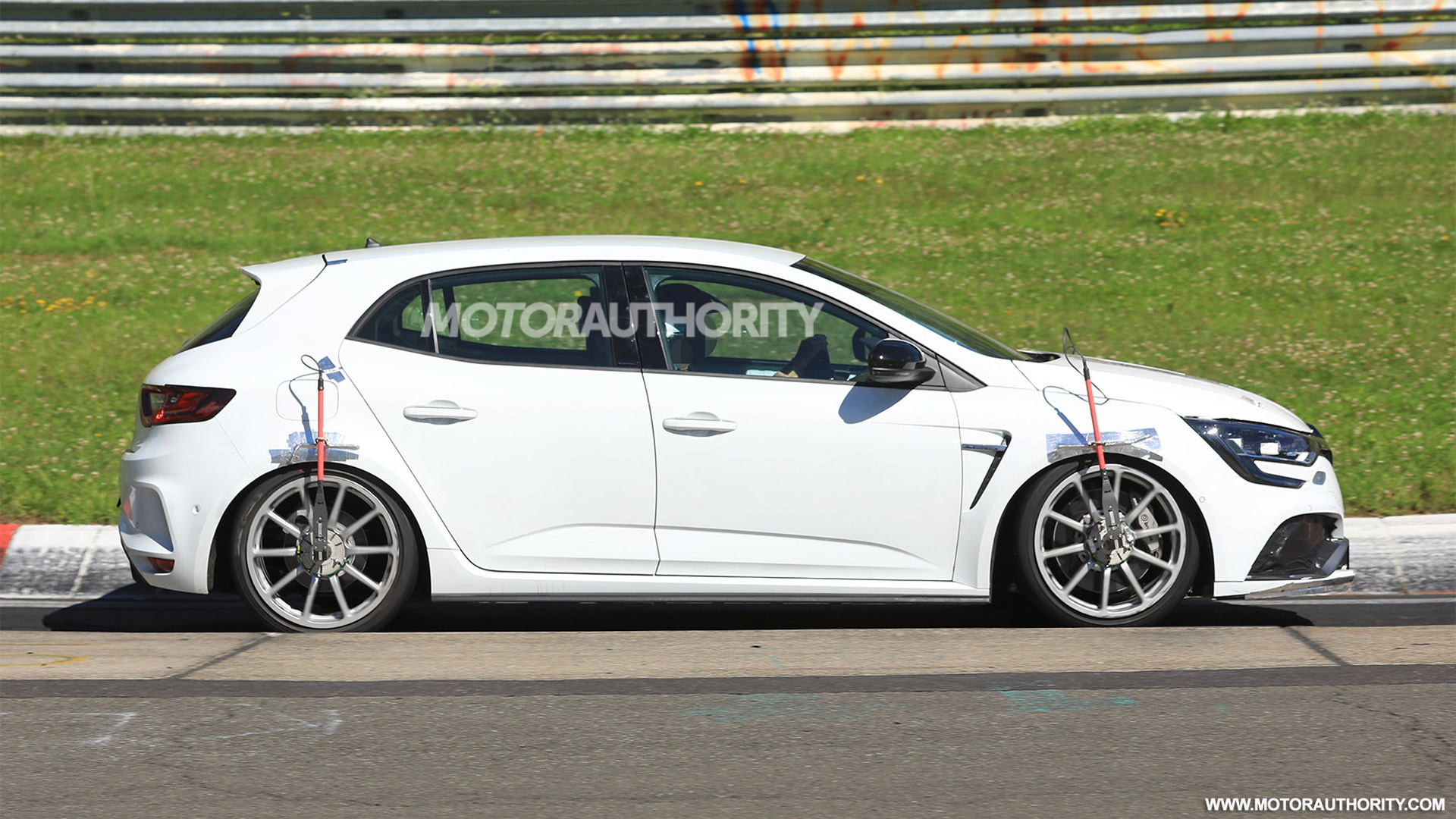 Renault's RS version of its Golf-rivaling Mégane hatchback (shown below) is already one of the fastest front-wheel-drive cars in production.

Soon, a more hardcore version with extra power and fewer pounds will arrive, and we've just caught a prototype being pushed hard at the Nürburgring.

To be called the Mégane RS Trophy, the car was confirmed during last year's reveal of the regular Mégane RS.

At the time, Renault said the Trophy version would get 296 horsepower and 295 pound-feet of torque from a 1.8-liter turbocharged inline-4. In comparison, the Mégane RS makes do with 275 hp and 287 lb-ft from the same engine.

Like the Mégane RS, front-wheel drive and four-wheel steering should be standard. And while the Mégane RS is available with either a six-speed manual or six-speed dual-clutch transmission, the Trophy version may end up with only one of these.

We also know that the Trophy will come with stiffer suspension, a hood with extra vents, and a much more aggressive rear diffuser made from carbon fiber.

The debut is scheduled for later this year with an appearance at the Paris auto show in October a strong possibility.

And don't be surprised if Renault will be out targeting the Nürburgring record for front-wheel-drive cars shortly after the debut. The car's predecessor lapped the ‘Ring in 7:54.36 in 2014 to achieve the record, but the time to beat as of today is 7:43.8—achieved by Honda’s 2017 Civic Type R last year.