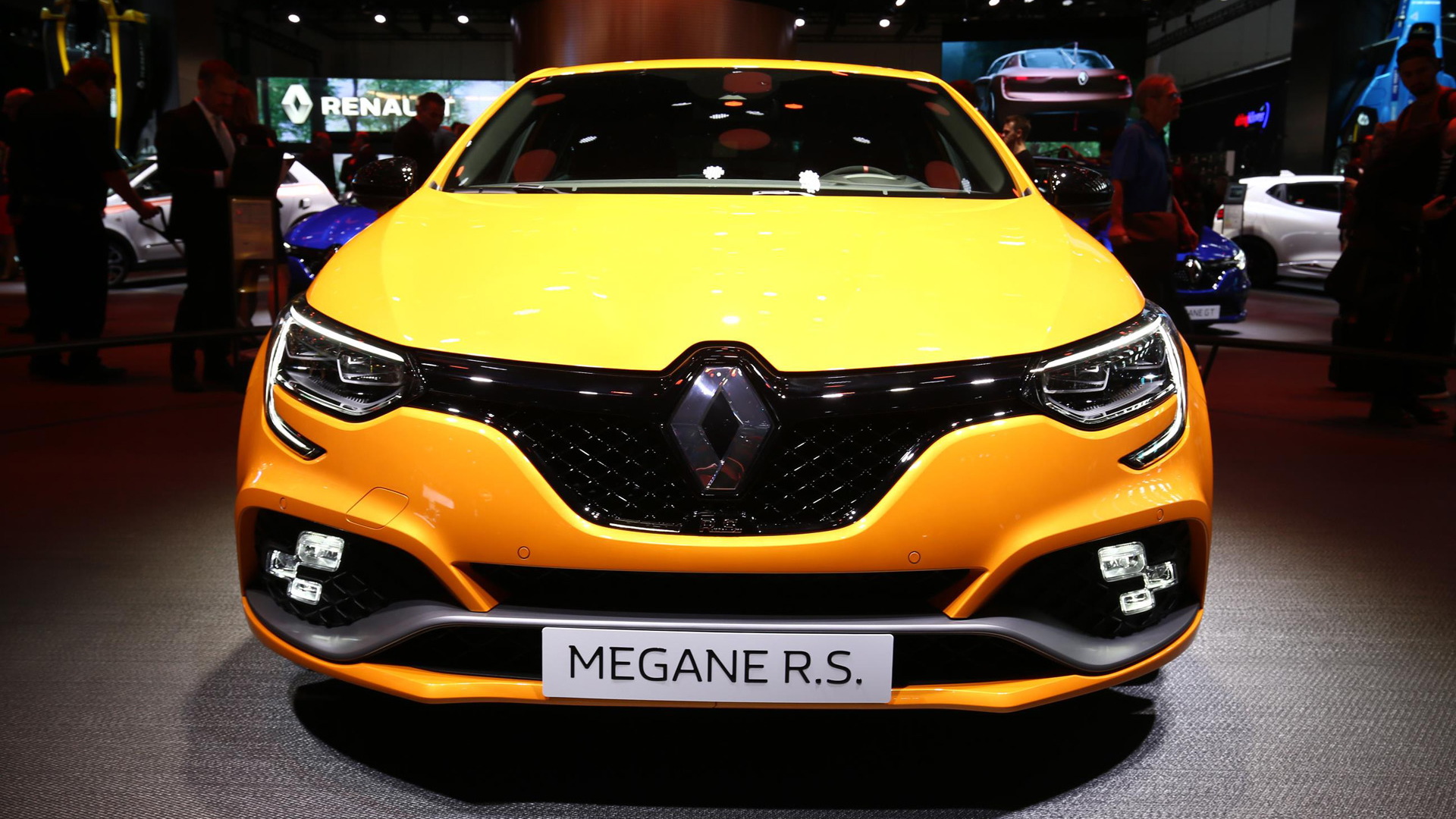 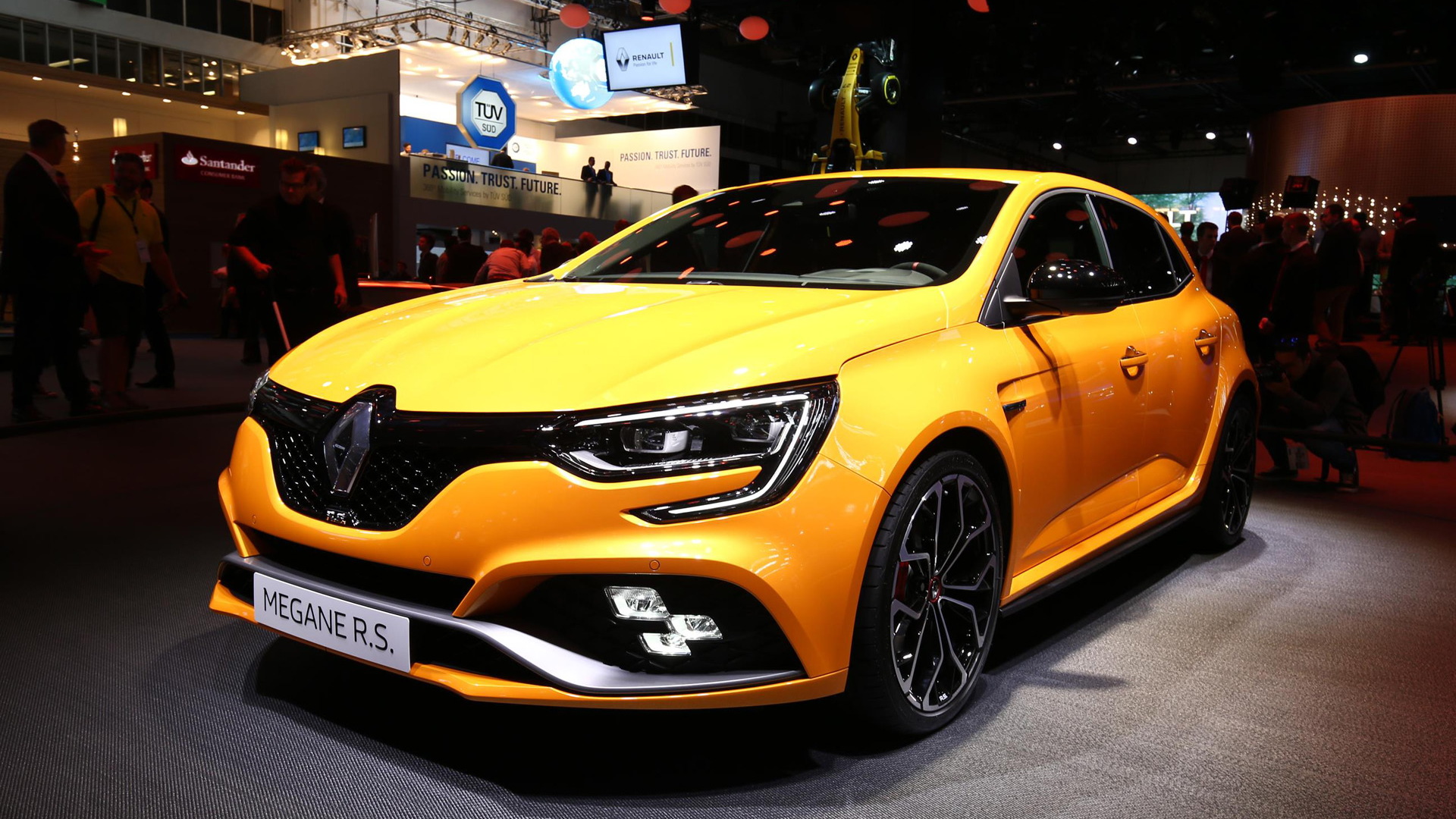 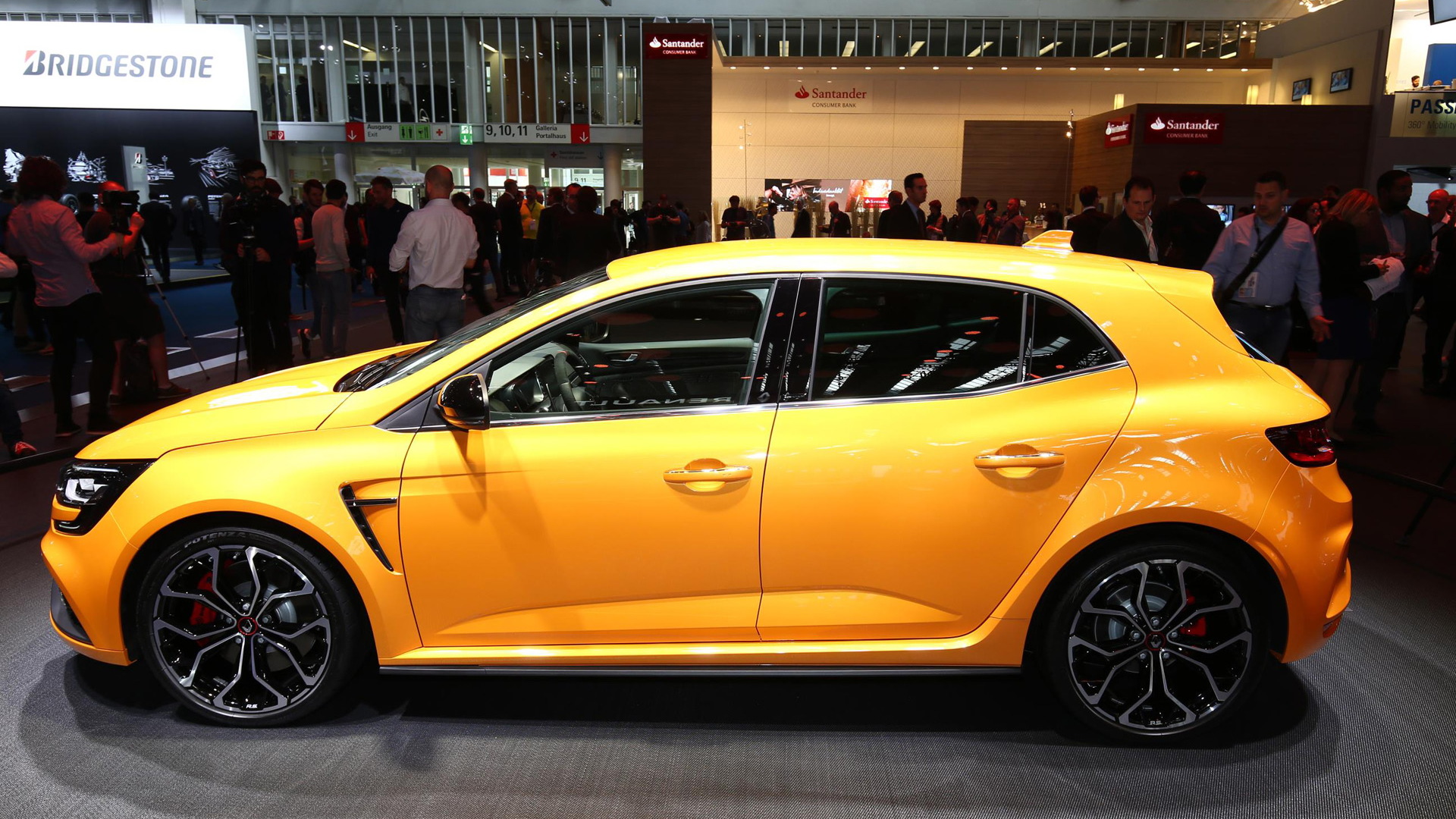 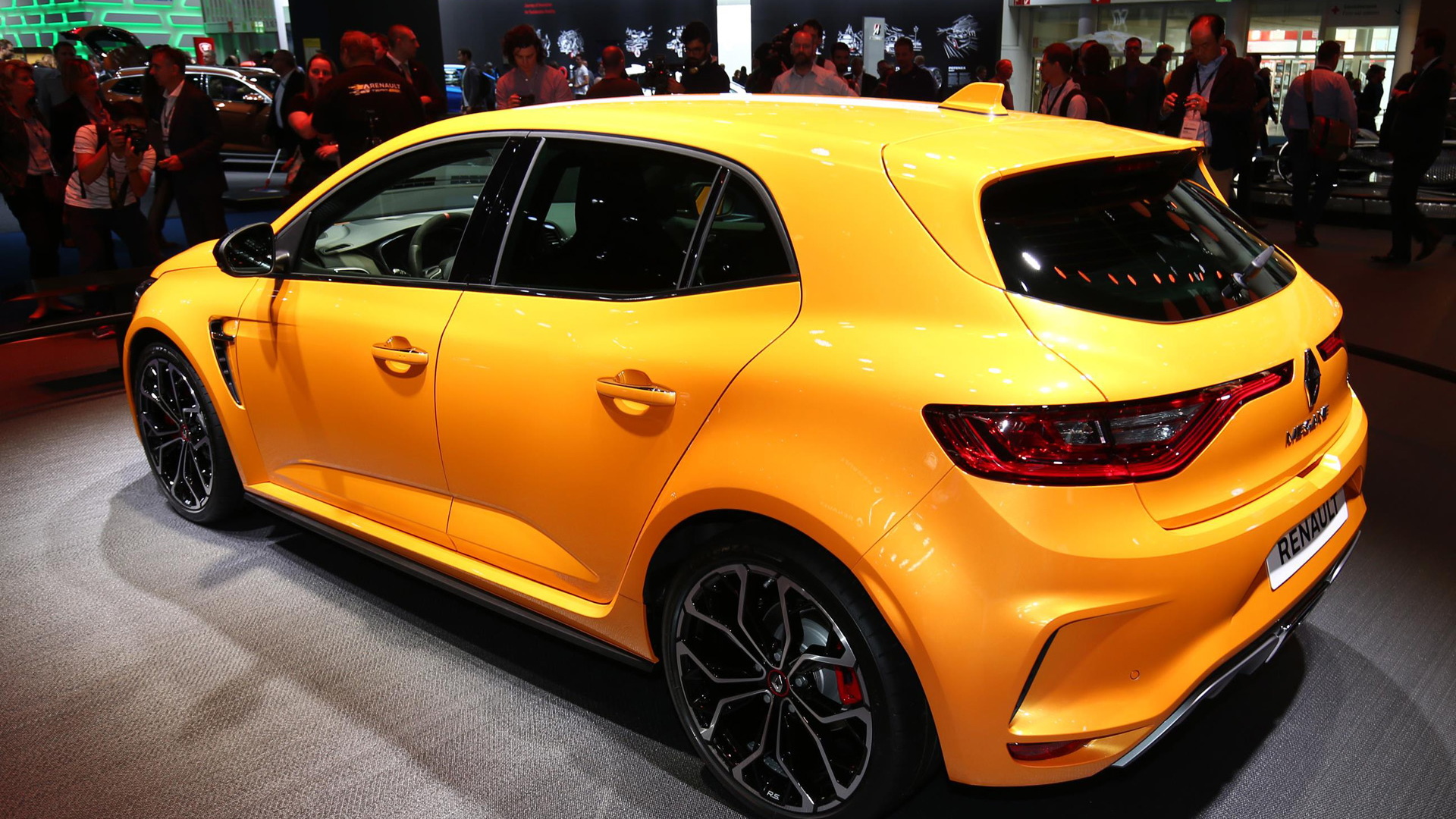 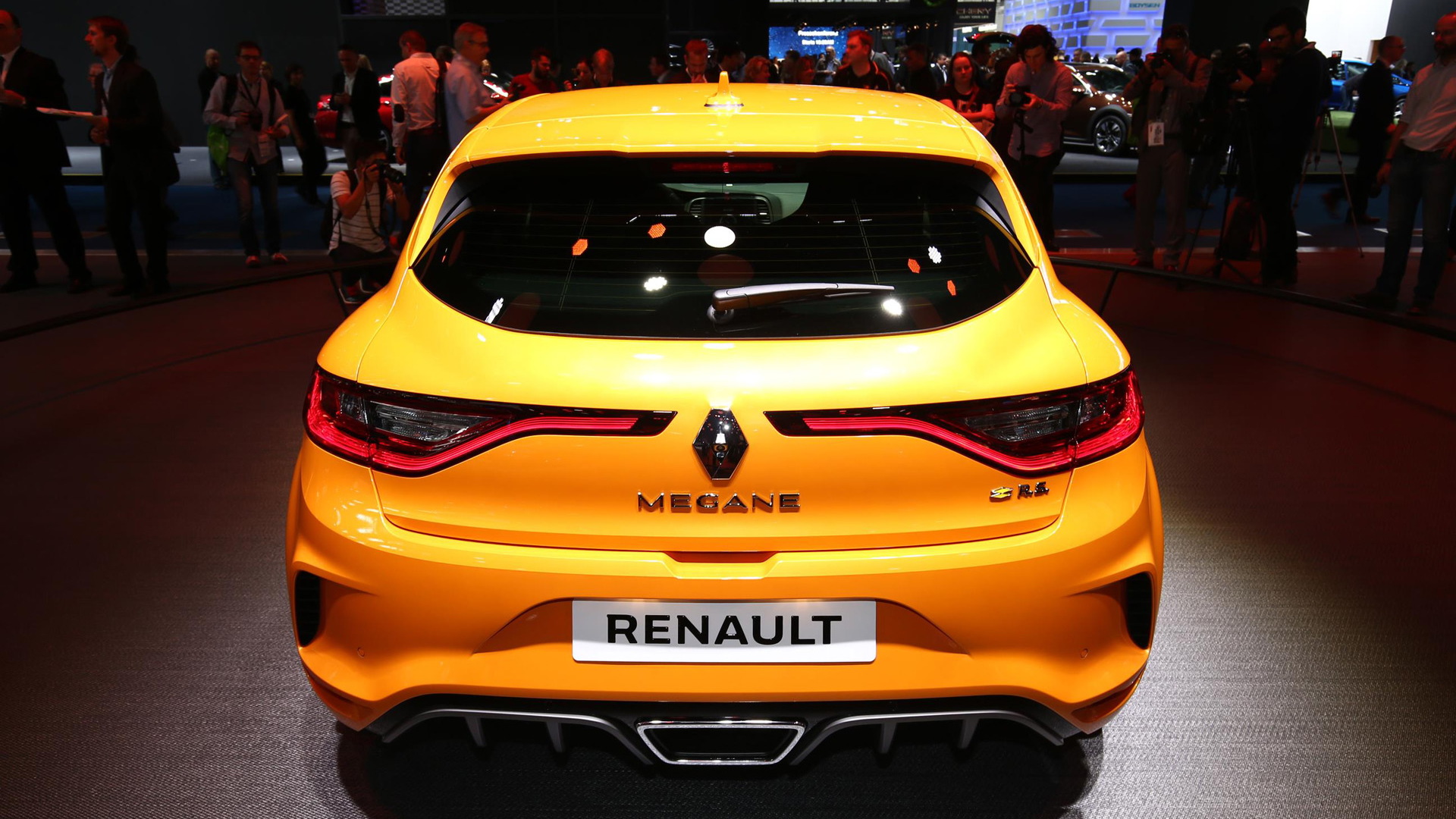 The car is a new generation of the Mégane RS, and it’s due on sale in markets where the French brand’s cars are sold in the spring of 2018. The debut took place on Tuesday at the 2017 Frankfurt Motor Show.

The new Mégane RS maintains the front-wheel-drive configuration of its predecessor, though for the first time a 4-wheel-steering system has been added to aid handling. This is a first for a car in the compact segment.

The 4-wheel-steering is said to make the car feel more nimble through tight turns and more stable when cornering at higher speeds. The turning circle is also made tighter when manoeuvring at low speeds, such as during parking.

But the firsts don’t end there, at least as far as Mégane RSes go. The latest model also offers a 6-speed dual-clutch transmission as an alternative to the standard 6-speed manual, and yet another key first is a swap from the predecessor’s 3-door body to a more practical 5-door shape.

There’s plenty of room inside thanks to the bigger body, and a special feature of the cabin is the R.S. Monitor. It provides the driver with many performance metrics, in real time, and can connect up with a camera (either a dedicated camera or a smartphone camera) to record the drive with data overlap.

Power, meanwhile, comes from a 1.8-liter turbocharged inline-4, with the peak numbers coming in at 275 horsepower and 287 pound-feet of torque. This matches the 275 hp of the predecessor’s Trophy R variant, but we’re told a Trophy version of the latest Mégane RS is coming with 296 hp and 295 lf-ft. It will arrive before the end of 2018 and include sport-tuned suspension.

Don’t be surprised if Renault will be out targeting the Nürburgring record for front-wheel-drive cars shortly after the debut of the latest Trophy. The previous Trophy R lapped the ‘Ring in 7:54.36 in 2014 to achieve the record, but the time to beat as of today is 7:43.8—achieved by Honda’s 2017 Civic Type R in April.