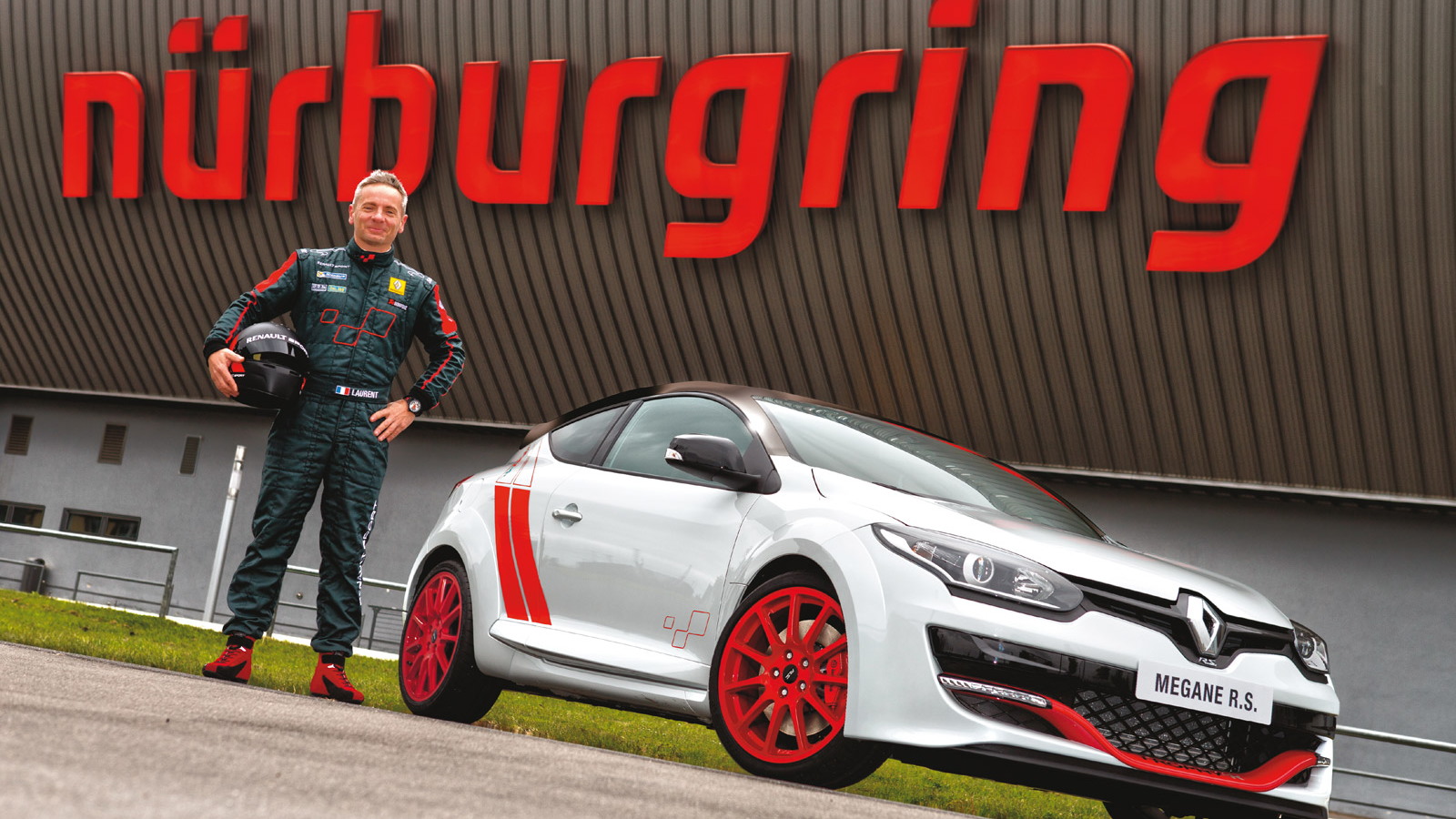 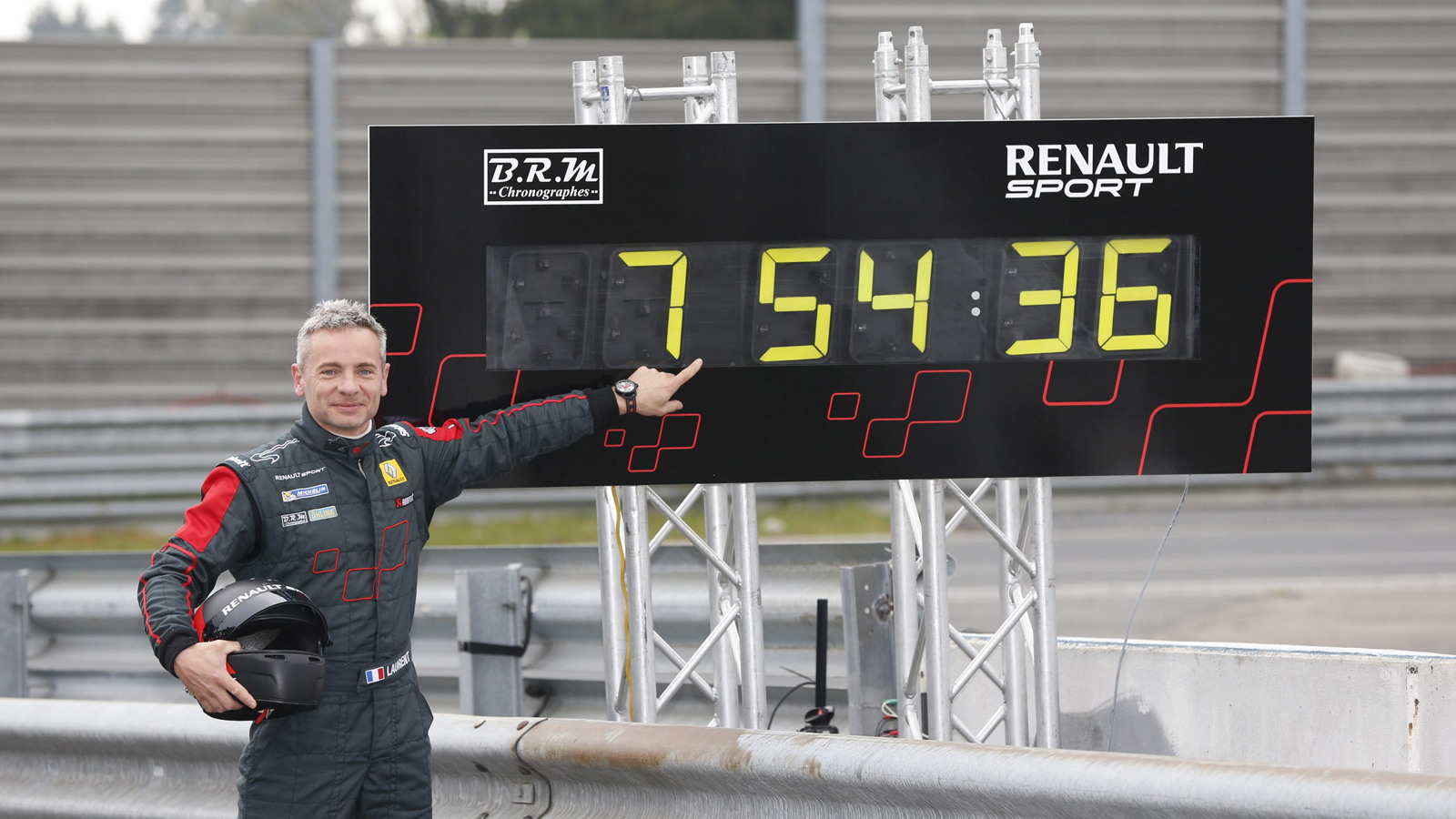 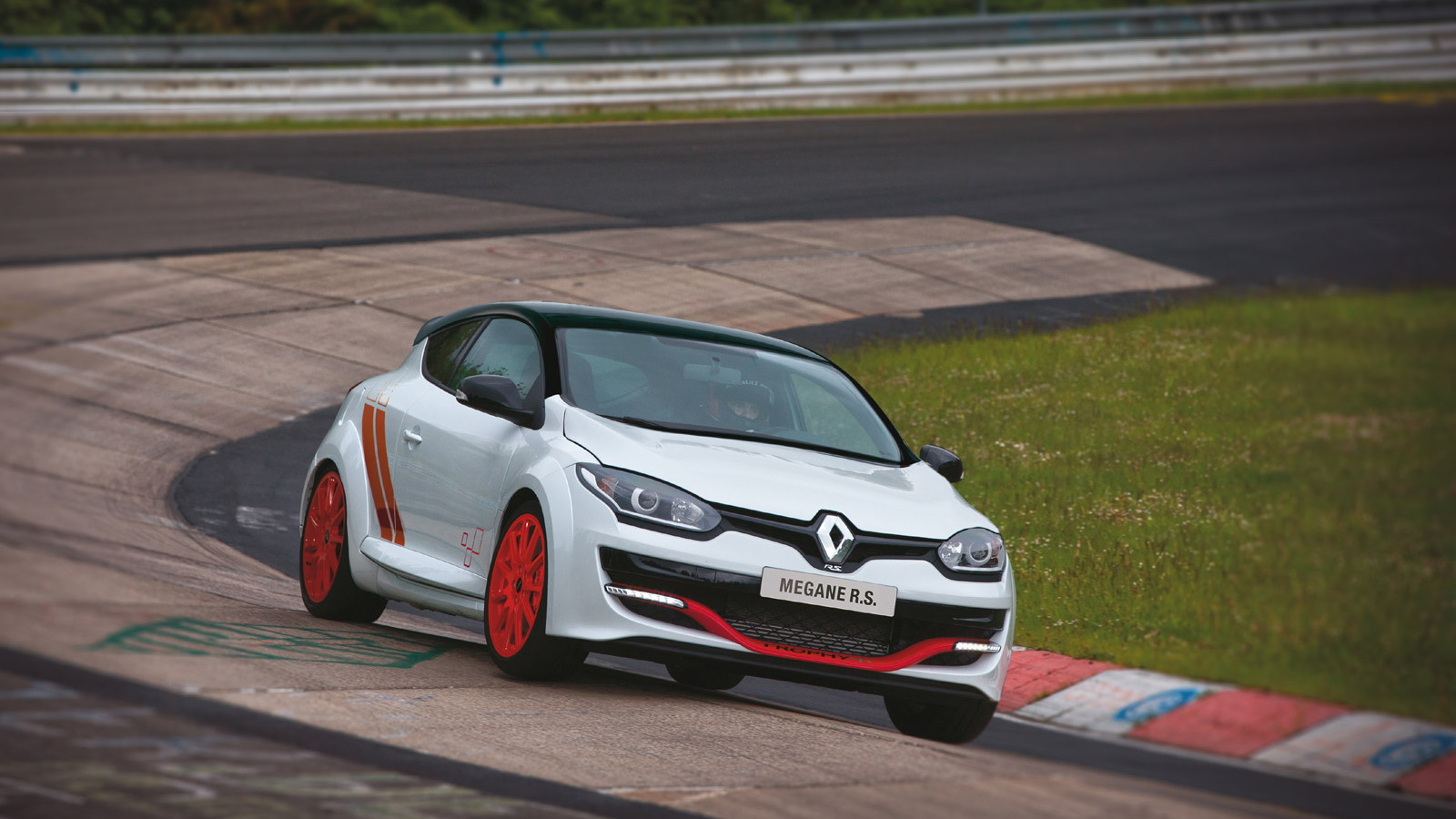 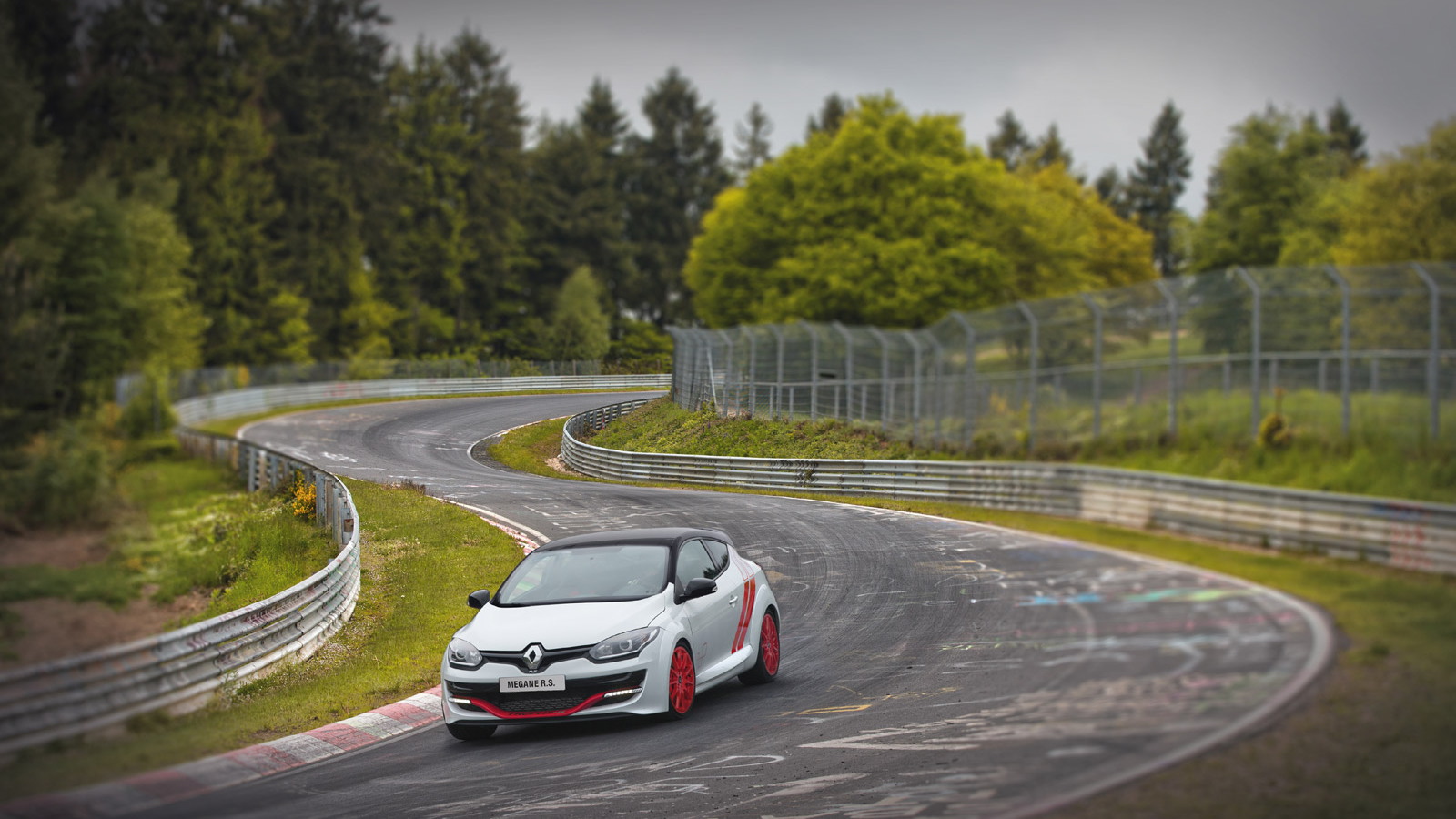 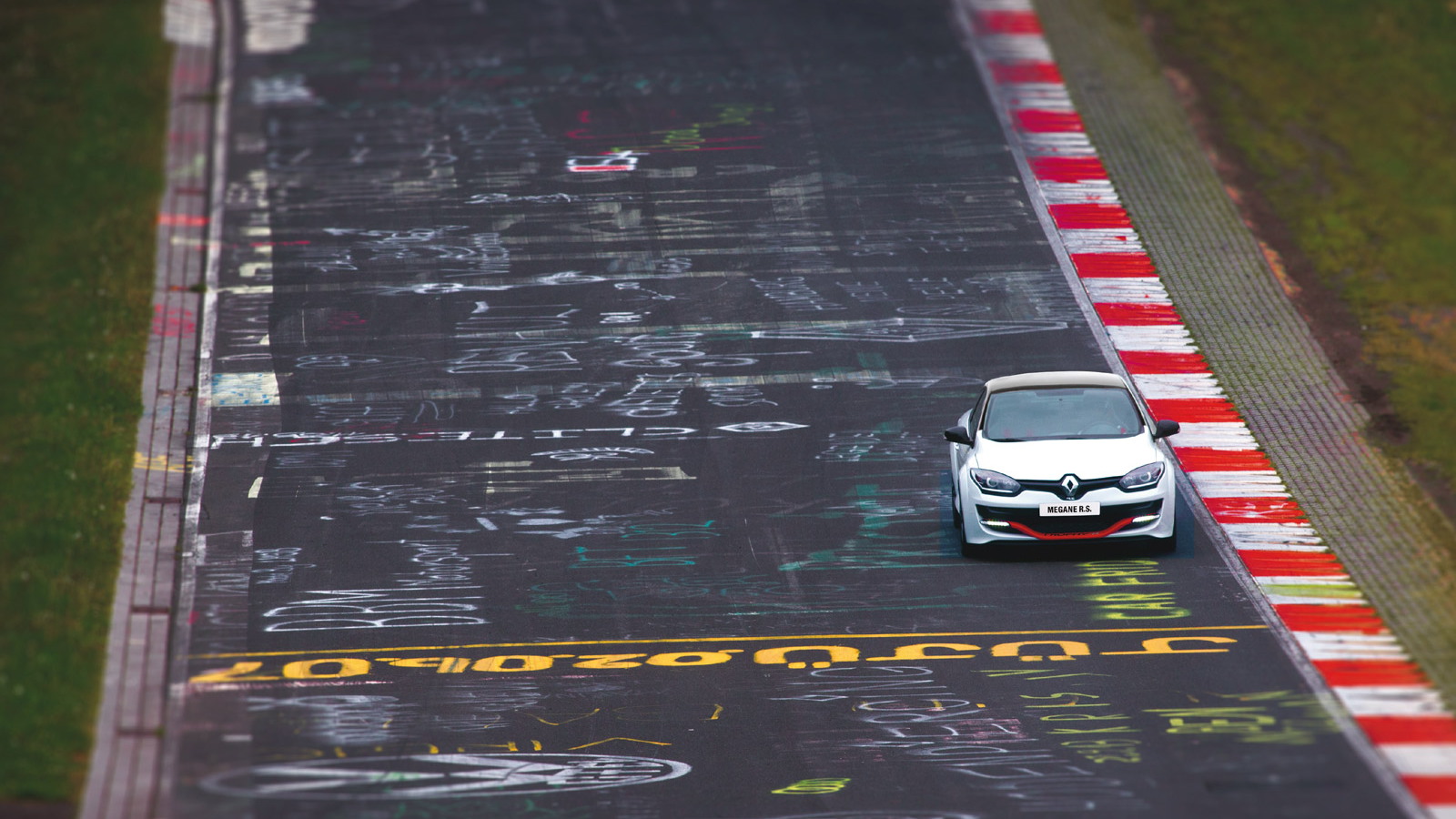 Back in 2011, French automaker Renault set the front-wheel-drive lap record at the Nürburgring with its Mégane RS 265 Trophy, which lapped the notorious German circuit in a time of 8:07.97. That record sat comfortably in Renault’s lap until a couple of months ago when Spanish automaker SEAT came out with a video showing its latest Leon Cupra lapping the ‘Ring in a time of 7:58.4.

Now, Renault has smashed the SEAT’s time by four whole seconds, with a special edition 'R' version of its 2014 Mégane RS 275 Trophy lapping the Nürburgring in just 7:54.36. Renault set the time a month ago, with official test driver for the Renault Sport performance division Laurent Hurgon behind the wheel.

The car he was driving was the new 2014 Mégane RS 275 Trophy R. Developed by Renault Sport, the car weighs roughly 220 pounds less than the stock Mégane and its turbocharged 2.0-liter four-cylinder engine tuned to deliver 275 horsepower and 265 pound-feet of torque, the same as the regular Mégane RS 275 Trophy. Drive is still through the front wheels only, via a six-speed manual transmission and limited-slip differential, and the car also benefits from a titanium Akrapovic exhaust, Öhlins dampers and Michelin Pilot Sport Cup 2 tires that are specifically-adapted to the car.

What makes the Mégane RS 275 Trophy R stand out is its series of weight-saving measures, which includes the use of polycarbonate monocoque seats, a lithium-ion battery under the hood and 19-inch light alloy wheels. To ensure high-performance braking while at the same time contributing to the weight-shedding effort, the Mégane RS 275 Trophy R also benefits from a special braking kit. This is highlighted by 350/28-diameter steel and aluminum discs ideally adapted to intensive circuit use.

Only 250 examples of the Mégane RS 275 Trophy R will be built. The car makes its official debut at the 2014 Goodwood Festival of Speed on June 26.

With the record now back in Renault’s lap, it’s time for SEAT and perhaps Honda (with its new Civic Type R) to step up to the plate.