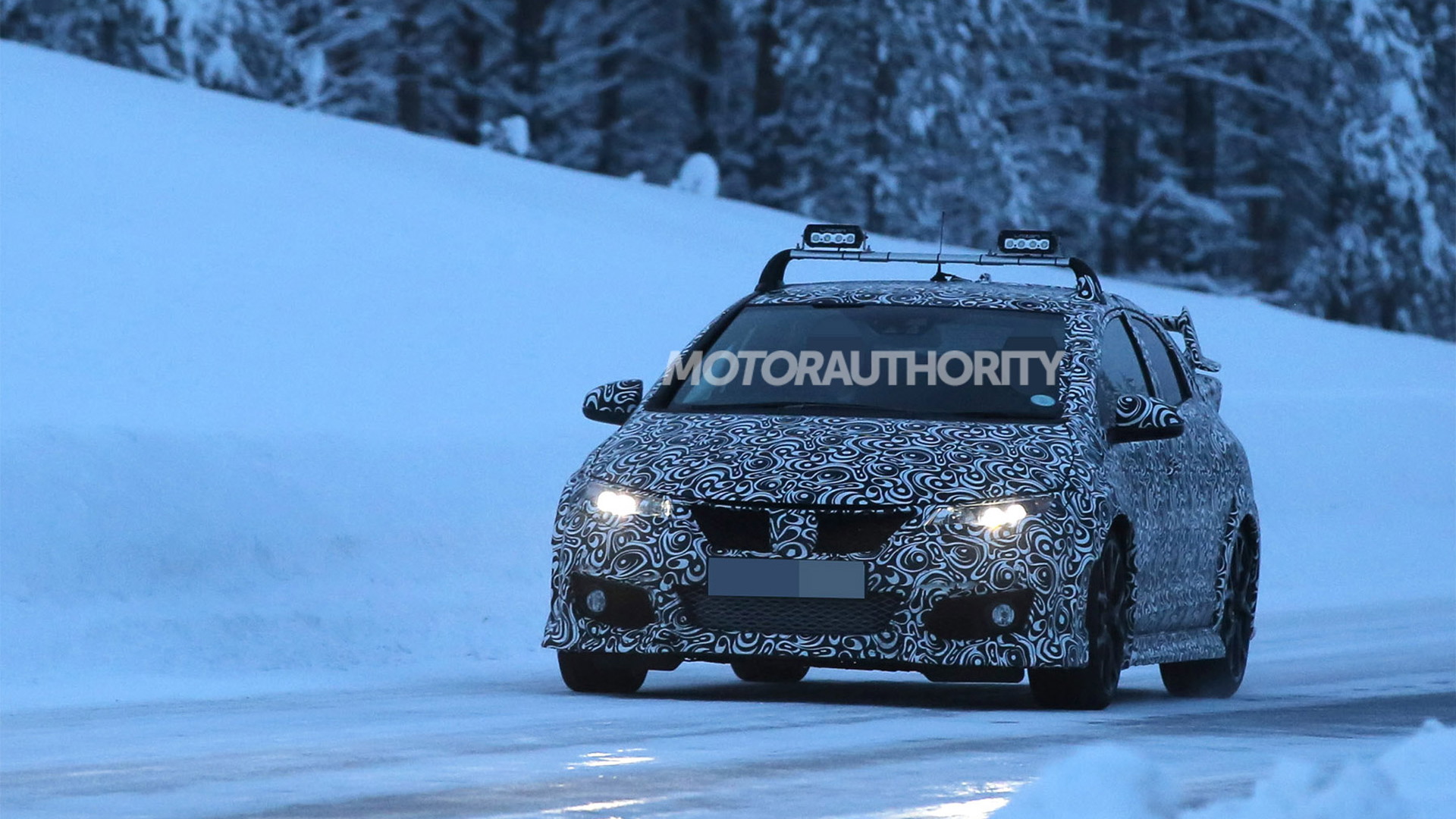 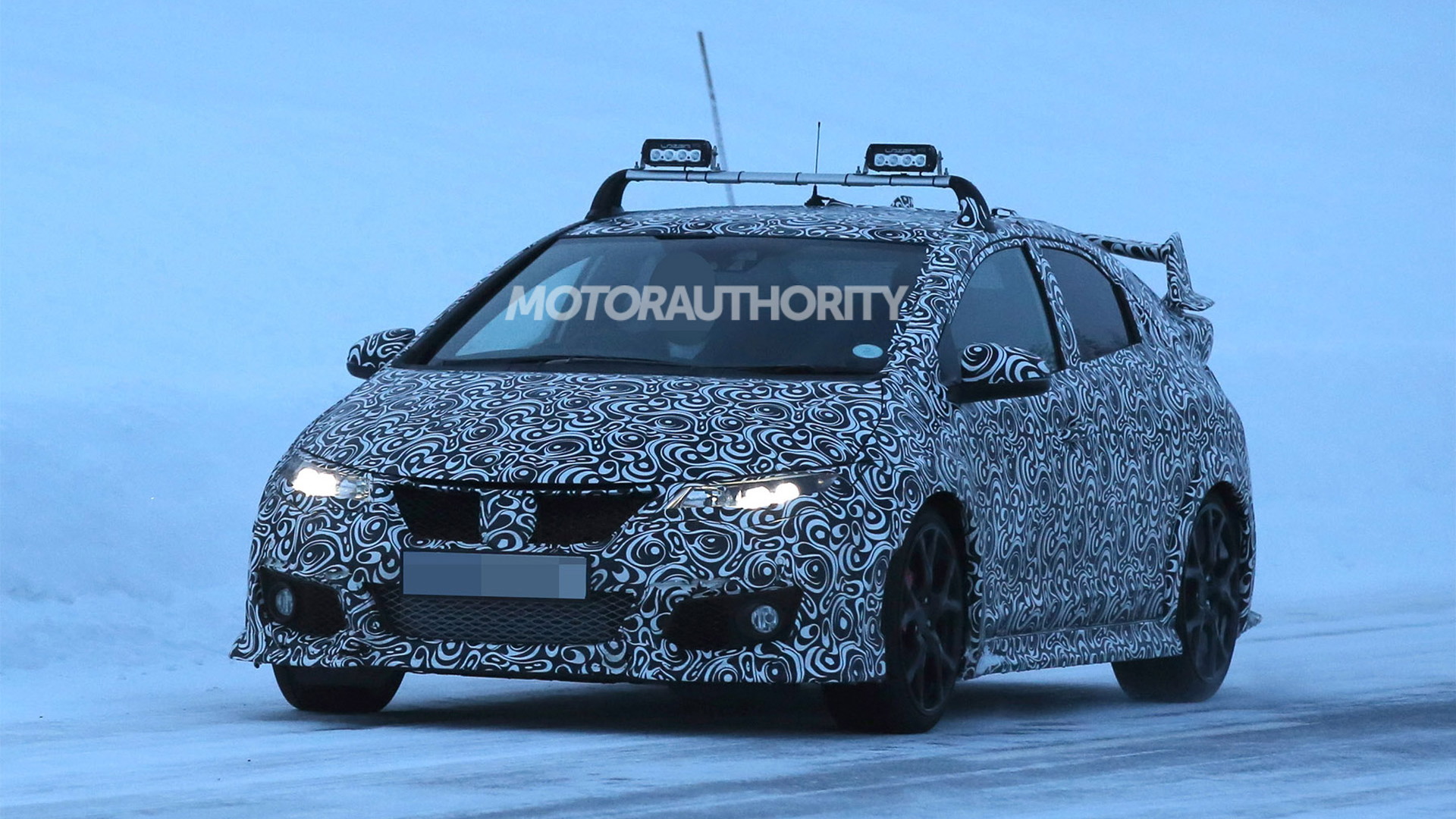 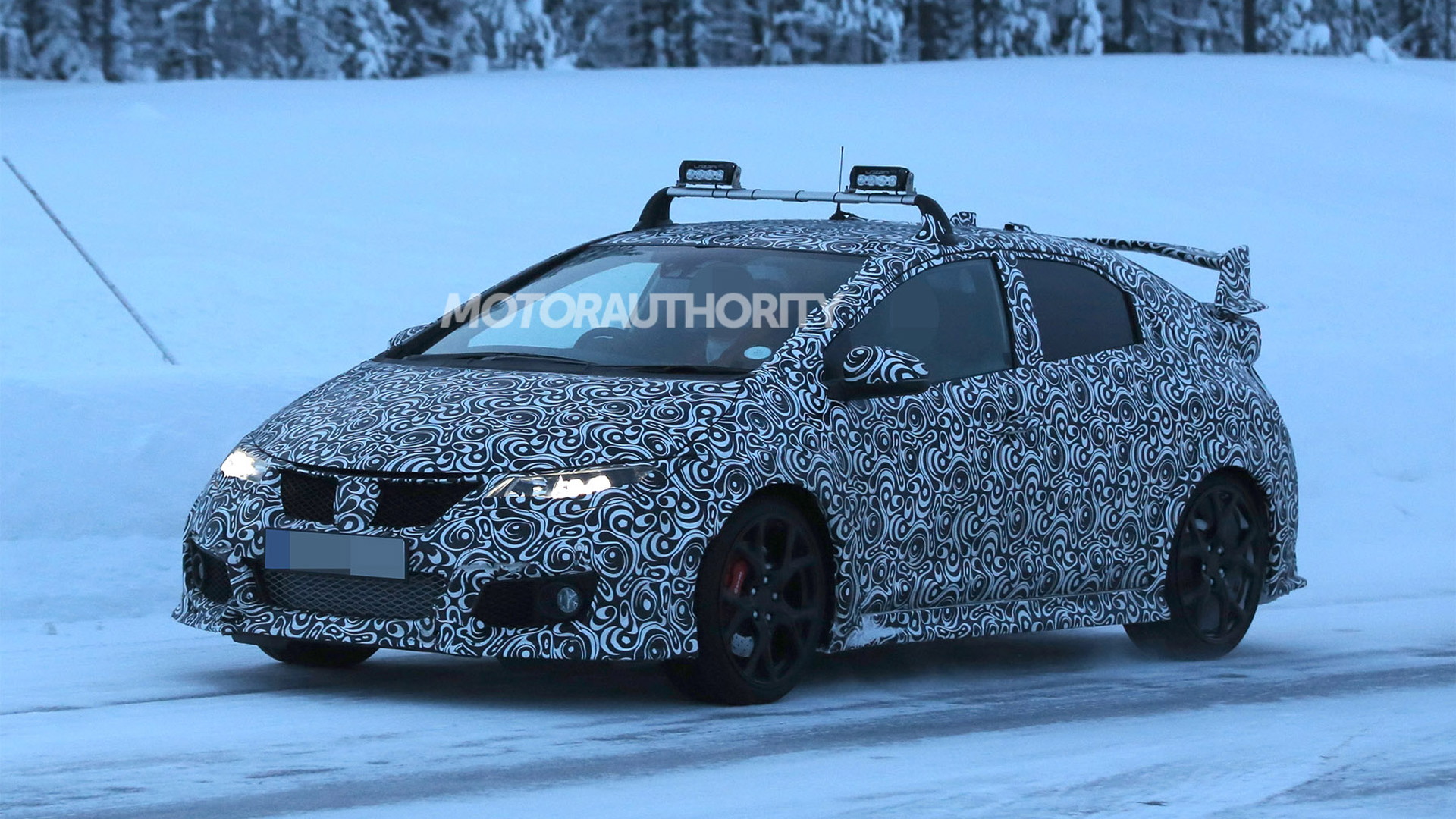 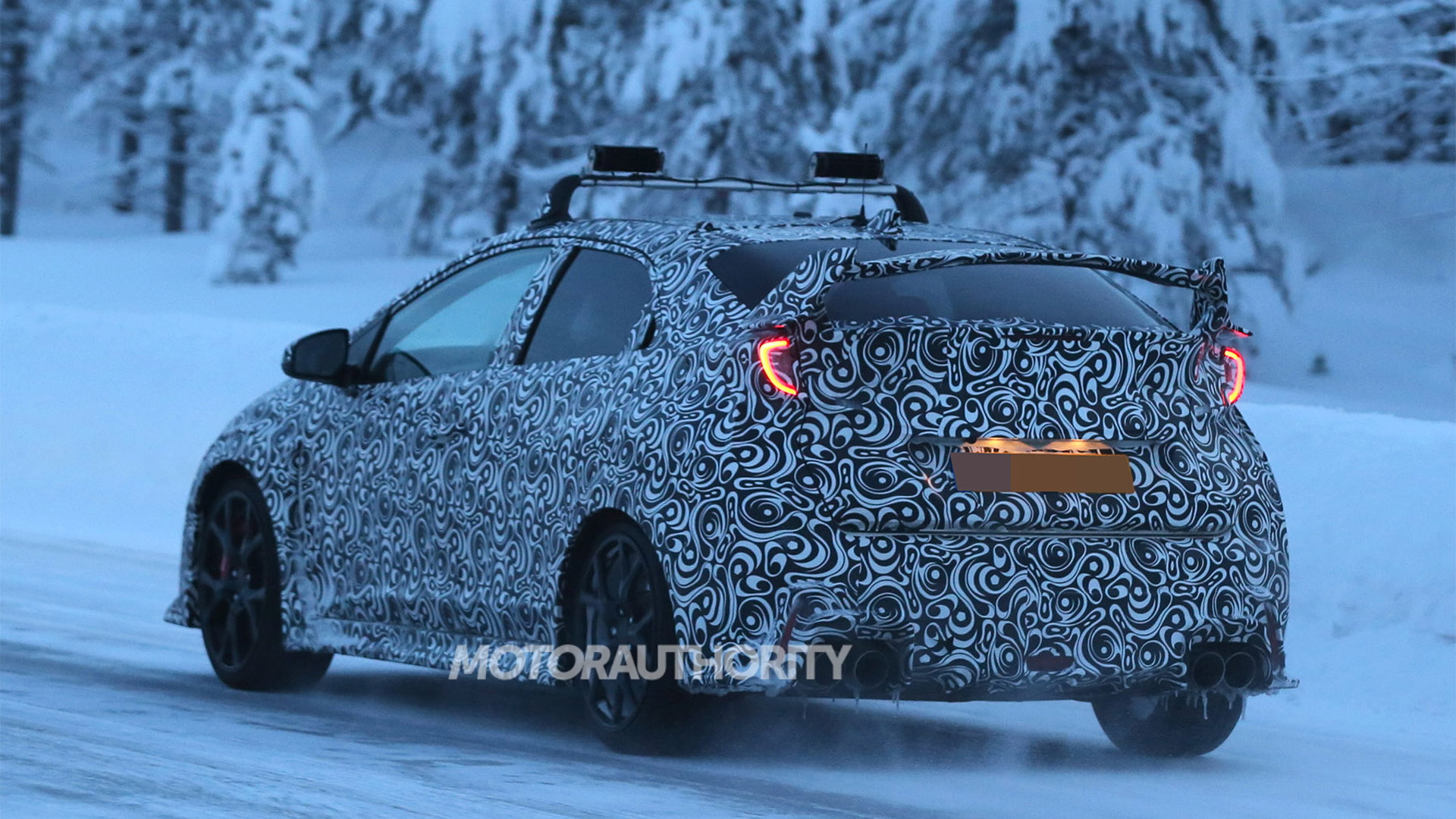 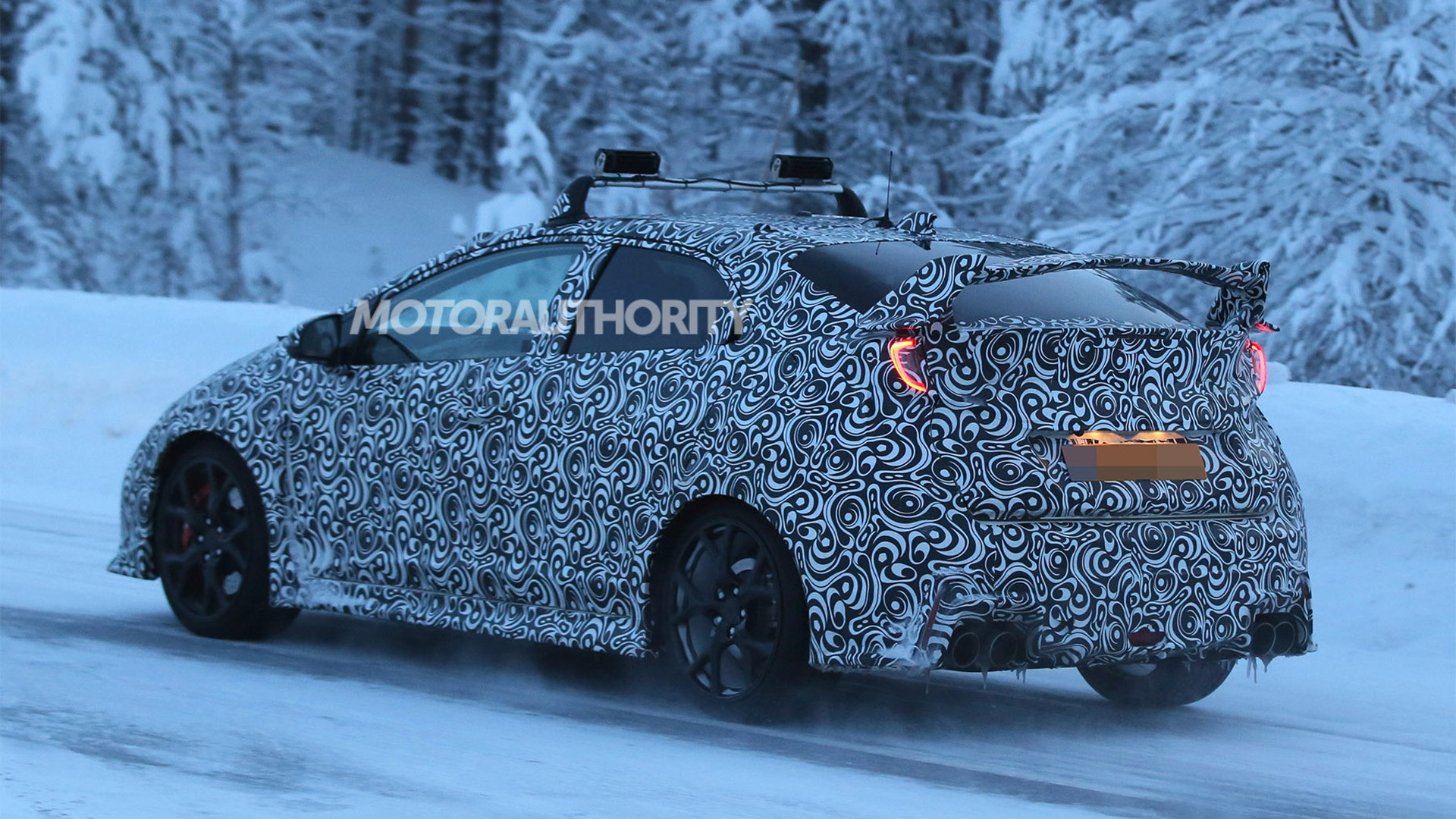 61
photos
While in the U.S. the hottest Honda Civic on offer is the lame-duck Civic Si, over in Europe they have the Civic Type R, a high-revving hot hatch with race-inspired looks, taut suspension and impeccable handling. With the release of a brand new Civic in Europe and other markets in recent years, performance fans are eagerly awaiting the arrival of its Type R variant.

Honda has confirmed that the new Civic Type R will launch in Europe in 2015, and so far we’ve been treated to some thinly-veiled concept versions. Now we have new spy shots of a prototype that’s wearing the elements destined for the production version. You can see that the front and rear sections have been toned down slightly from the original concept versions.

That doesn’t mean performance has been toned down in anyway, however.  We can also see that in earlier shots engineers are benchmarking the car against a Mercedes-Benz A45 AMG, suggesting the performance levels one can expect from the new Civic Type R.

Power will come from a new direct-injected and turbocharged 2.0-liter four-cylinder engine, rated at “more than” 276 horsepower (the final figure could be as high as 320 hp). The engine will also feature Honda’s VTEC variable valve timing technology and a 7,000-rpm redline. Drive will be to the front wheels only, and Honda has confirmed that a six-speed manual will be the only transmission.

There will be a new +R mode that allows the driver to adjust things like the engine torque mapping, suspension damping and the steering response. Also new is a suspension feature called Steer Axis, which helps reduce torque steer.

Unfortunately, the latest Civic Type R, like its predecessor, won’t be offered in the U.S. as it is based on the Civic platform designed for the rest of the world. The good news is that we may see some of the car's hardware, such as its potent engine, fitted to some local models. Honda has confirmed that a turbocharged four-cylinder engine will be offered in the U.S. in 2015, with a hot Civic possibly the first recipient.

As for this Civic Type R, look for a debut at the 2015 Geneva Motor Show in March.