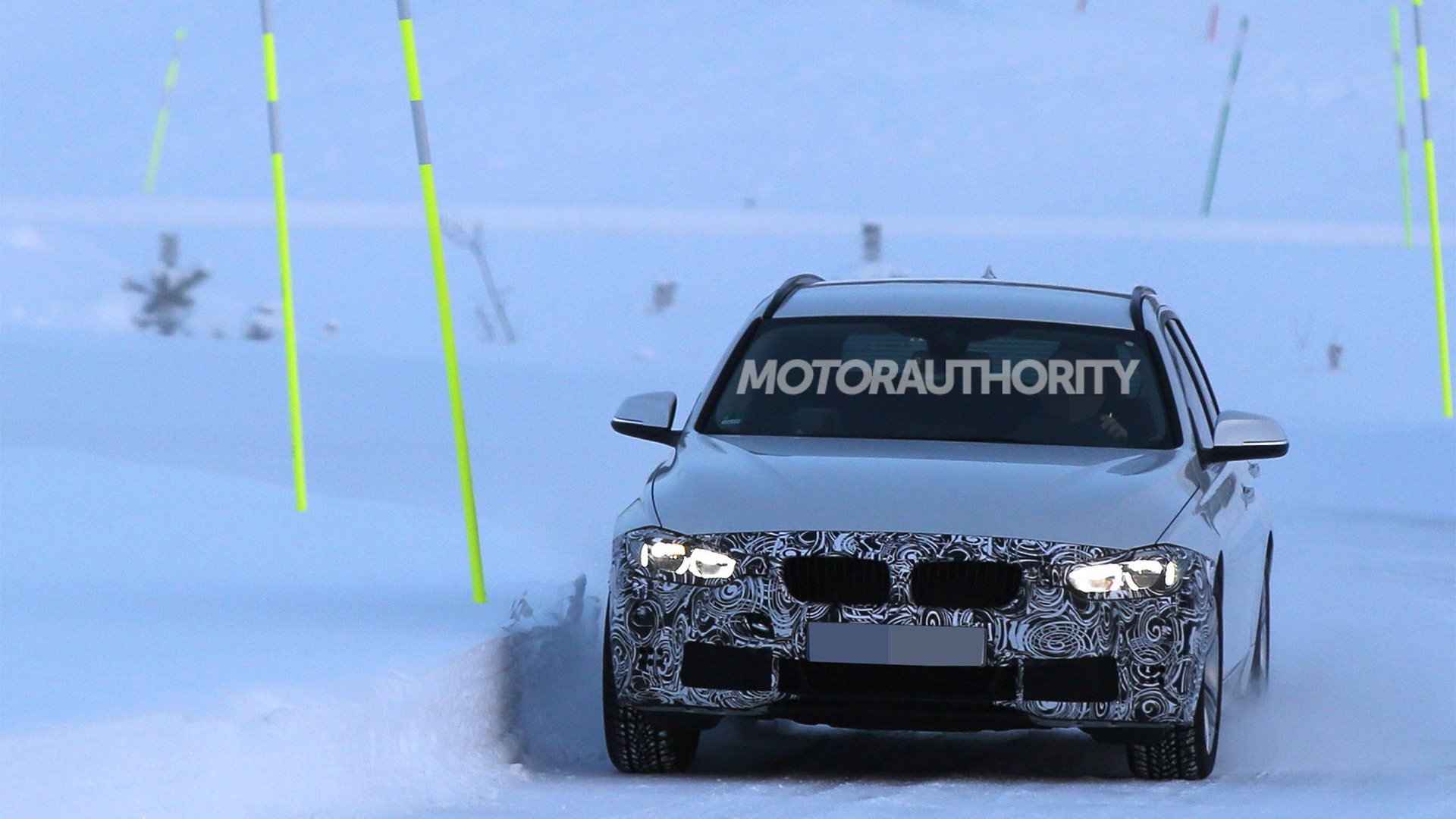 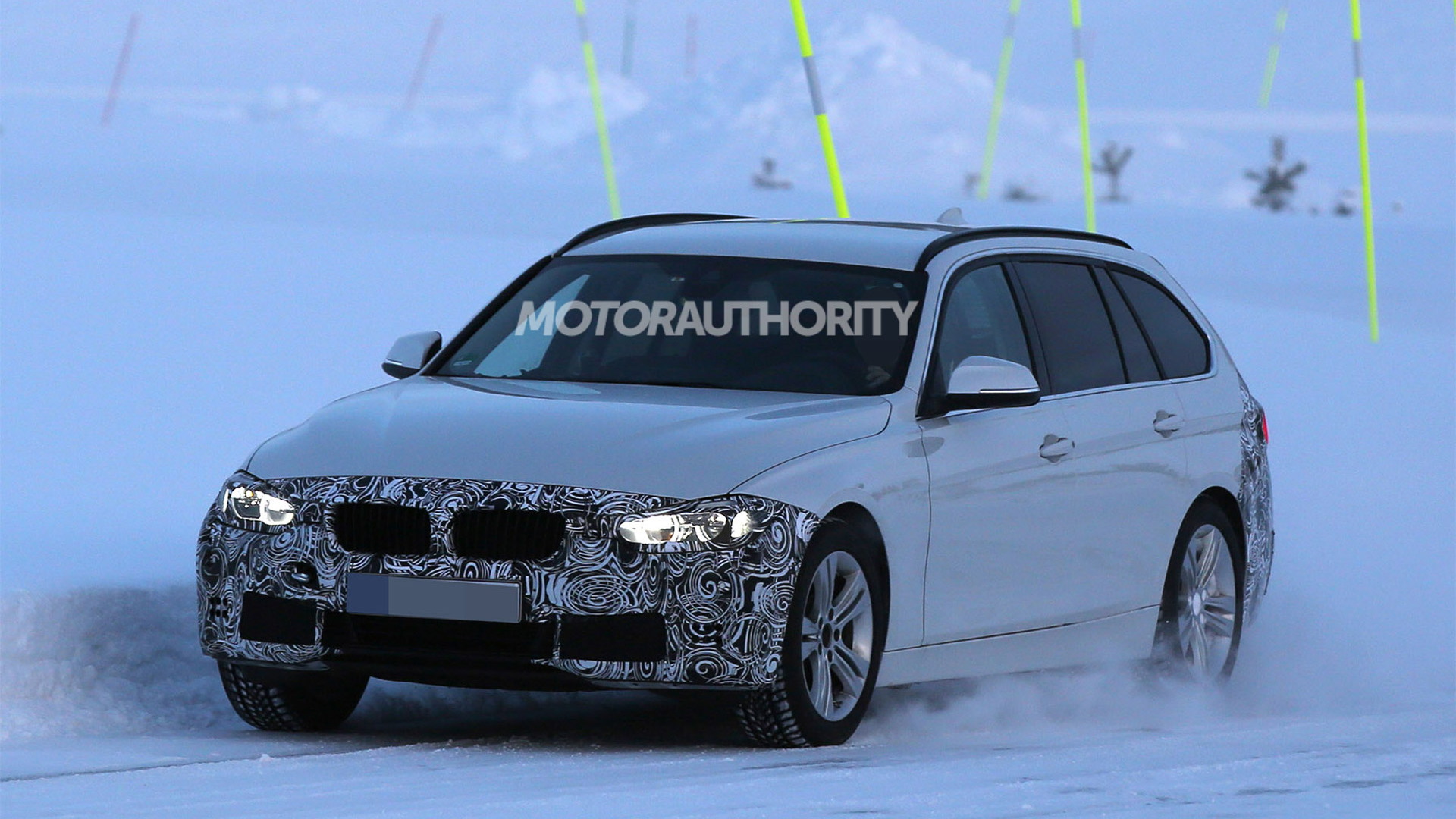 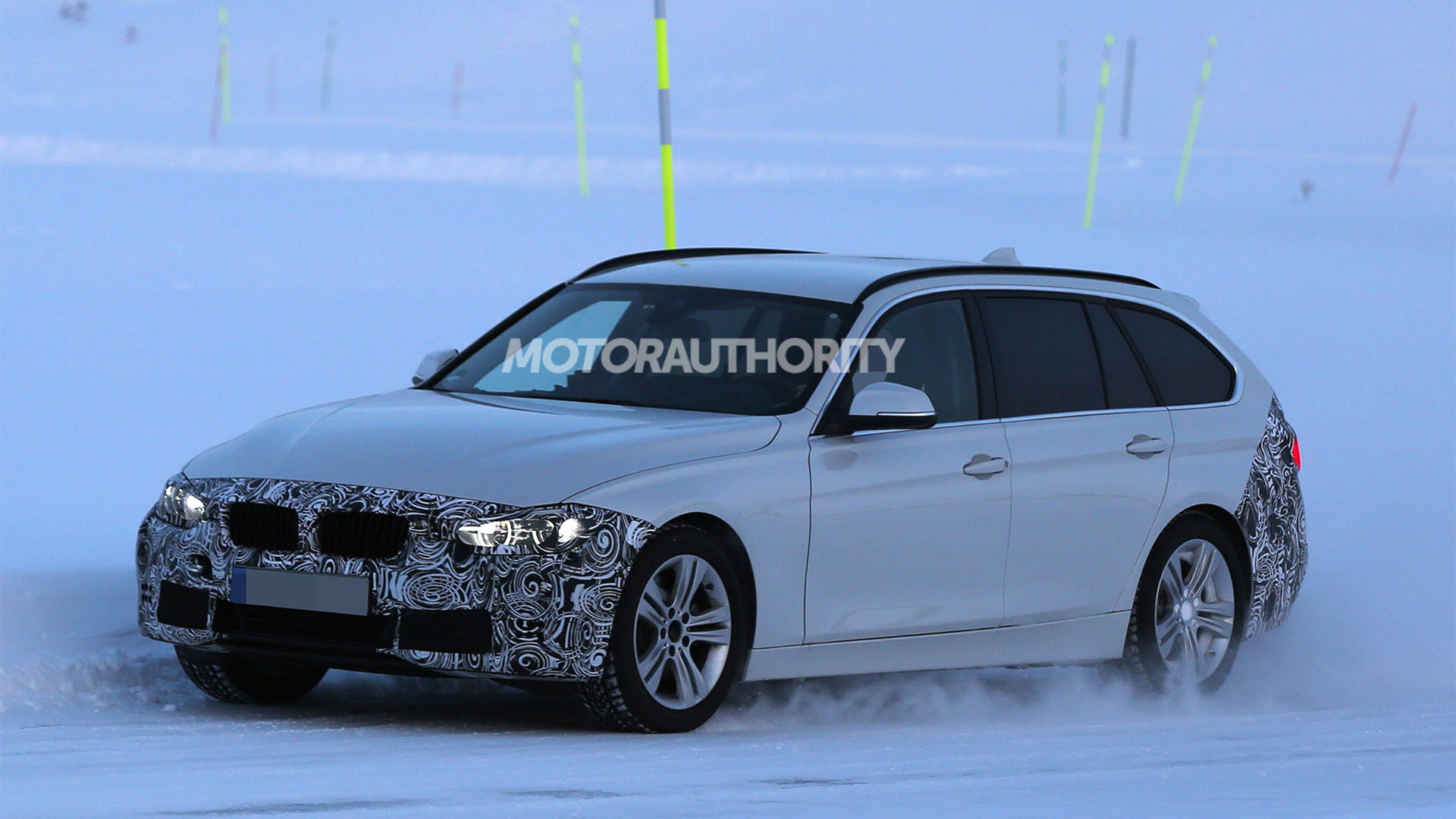 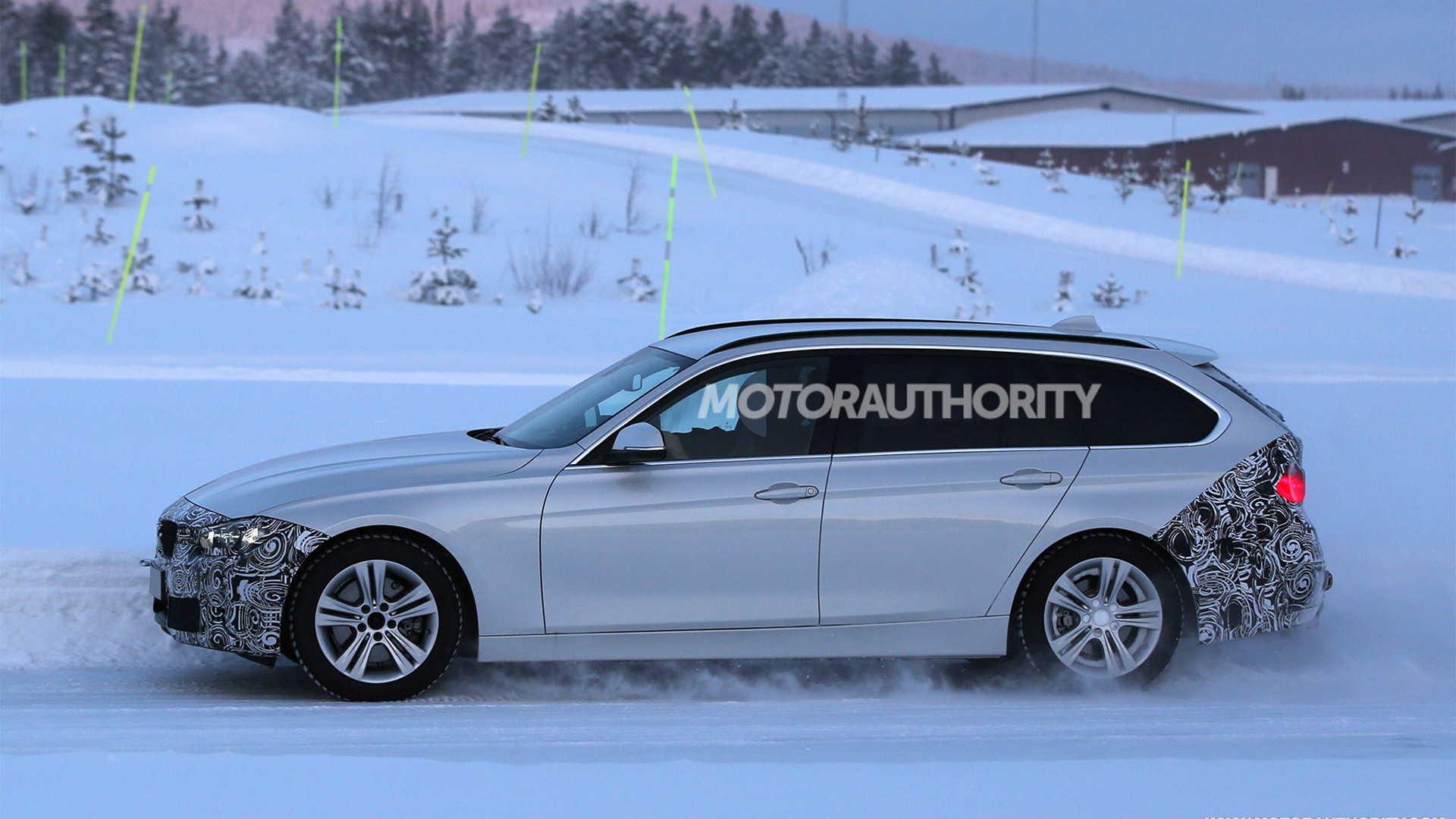 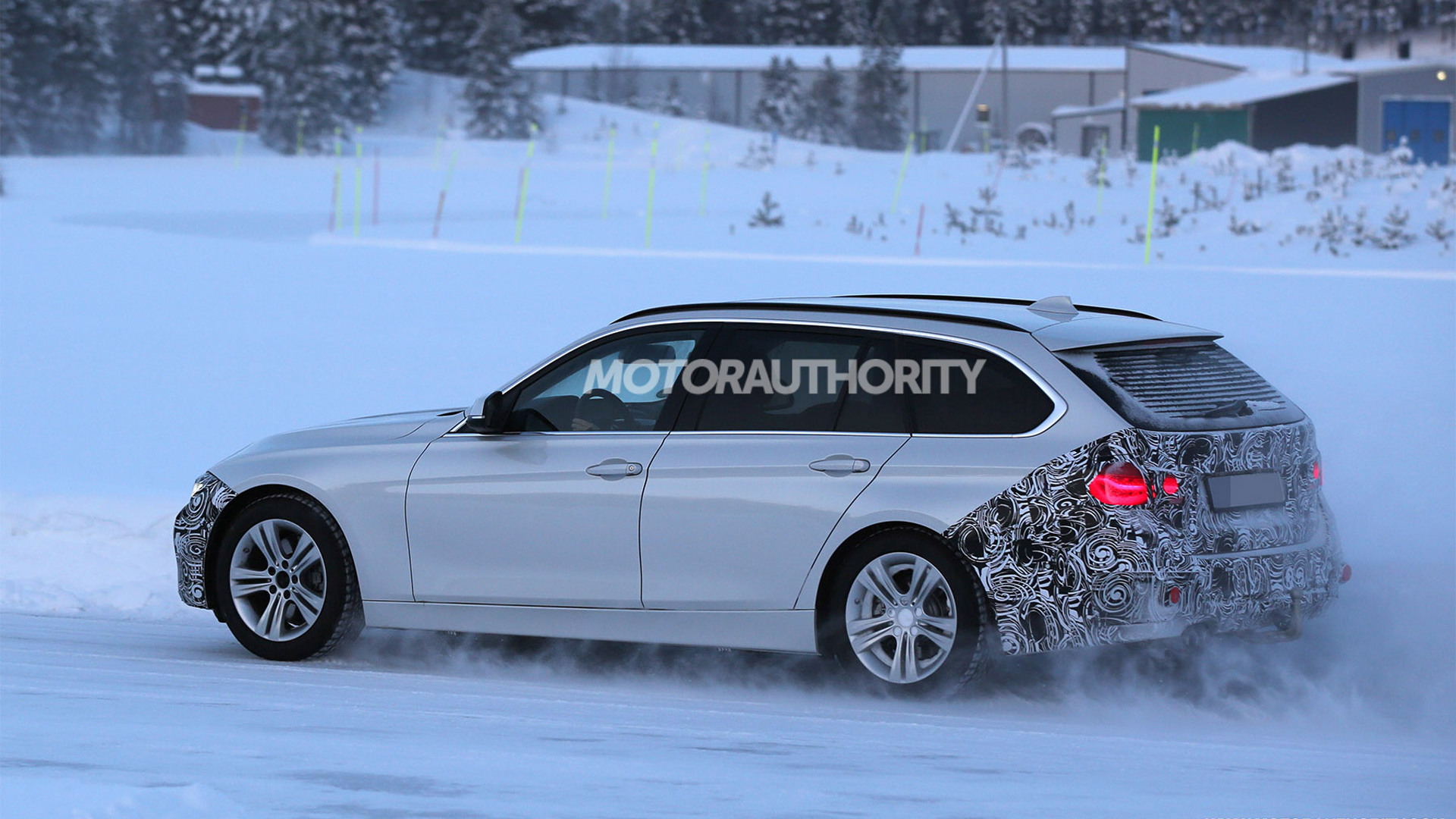 30
photos
BMW is working on a mid-cycle update for its 3-Series which we’re expecting on the market late this year or early next, as a 2016 model. Recently we brought you some new spy shots of the updated version of the sedan, and now we have some new spy shots showing the updated 3-Series Sports Wagon (a 3-Series Touring in other markets).

Being a mid-cycle update, the changes to the styling will be minor. It appears there will be some new bumpers and tweaks to the lights for the exterior. Inside, new trim options and an updated infotainment system should be among the changes.

Though yet to be confirmed, we hear that the 2016 3-Series will feature BMW’s new four- and six-cylinder engines based on the modular design first seen in the automaker’s B38 three-cylinder engine. The design calls for cylinders with a displacement of 0.5 liters each, and the addition of fuel-injection, variable valve timing and turbocharging technologies.

A 2.0-liter four-cylinder engine based on this modular design, the B48, features in the latest MINI Cooper and BMW 2-Series Active Tourer. A 3.0-liter six-cylinder is also planned and should feature in the 2016 3-Series. Along with the introduction of new engines, we may see the current 328i and 335i badges replaced by 330i and 340i badges, respectively.

In addition, a new plug-in hybrid model will be launched. This will feature a four-cylinder paired with an electric motor integrated with the transmission, with the advanced drivetrain delivering around 245 horsepower and 295 pound-feet of torque. The updated 328d, meanwhile, should keep the current model’s diesel engine and standard xDrive all-wheel-drive system.

Transmissions will include six-speed manual and eight-speed automatic units.