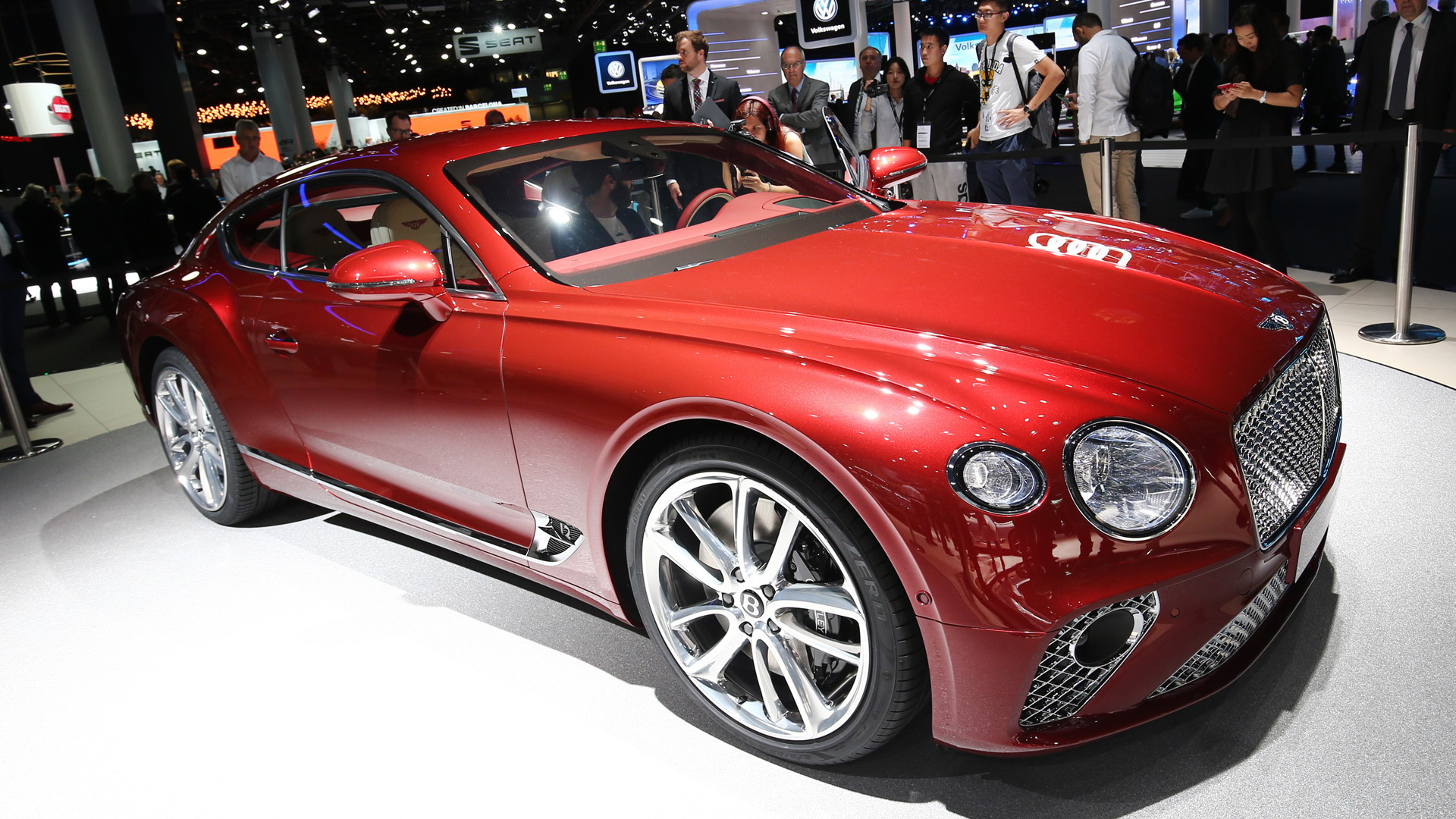 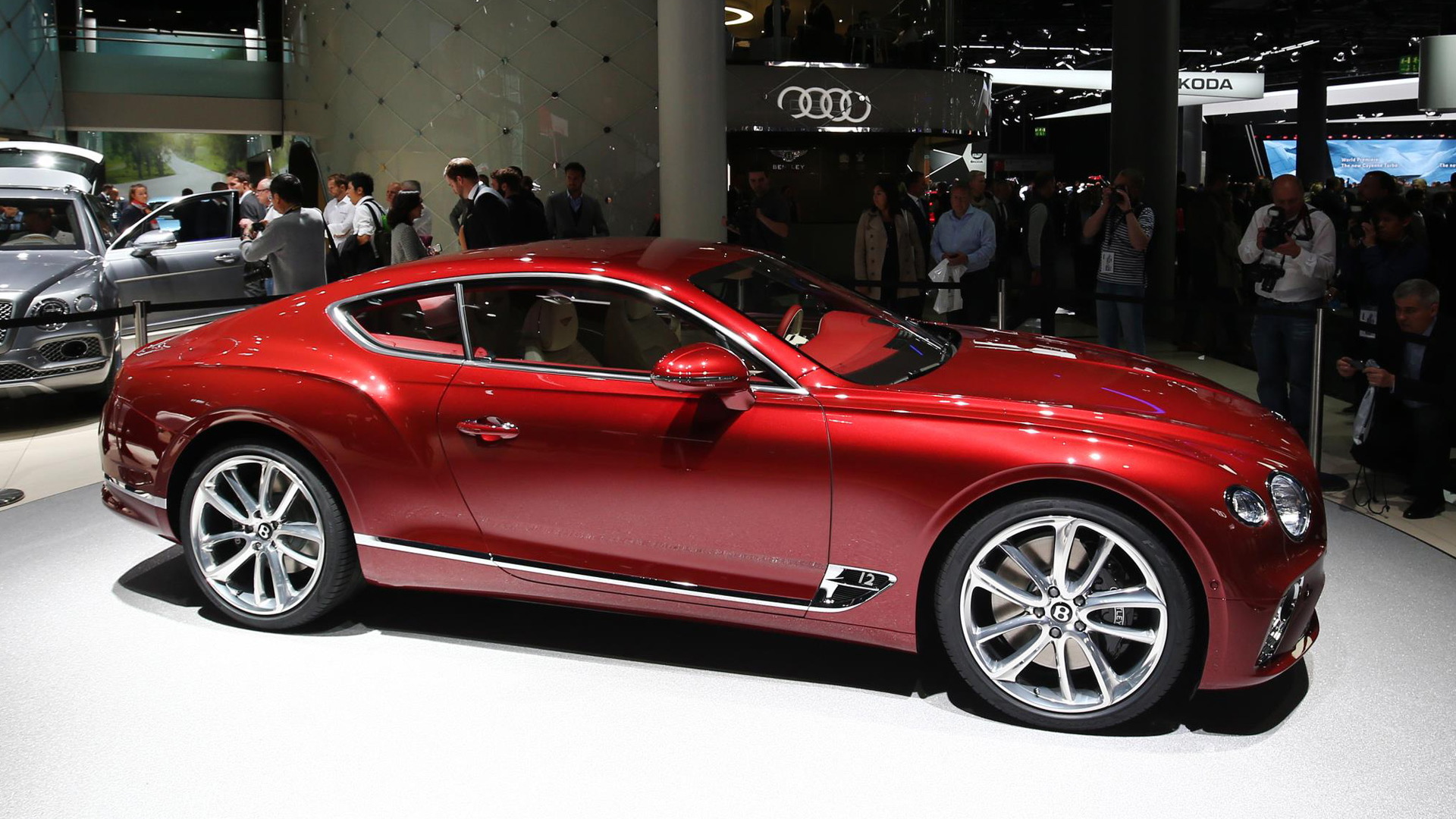 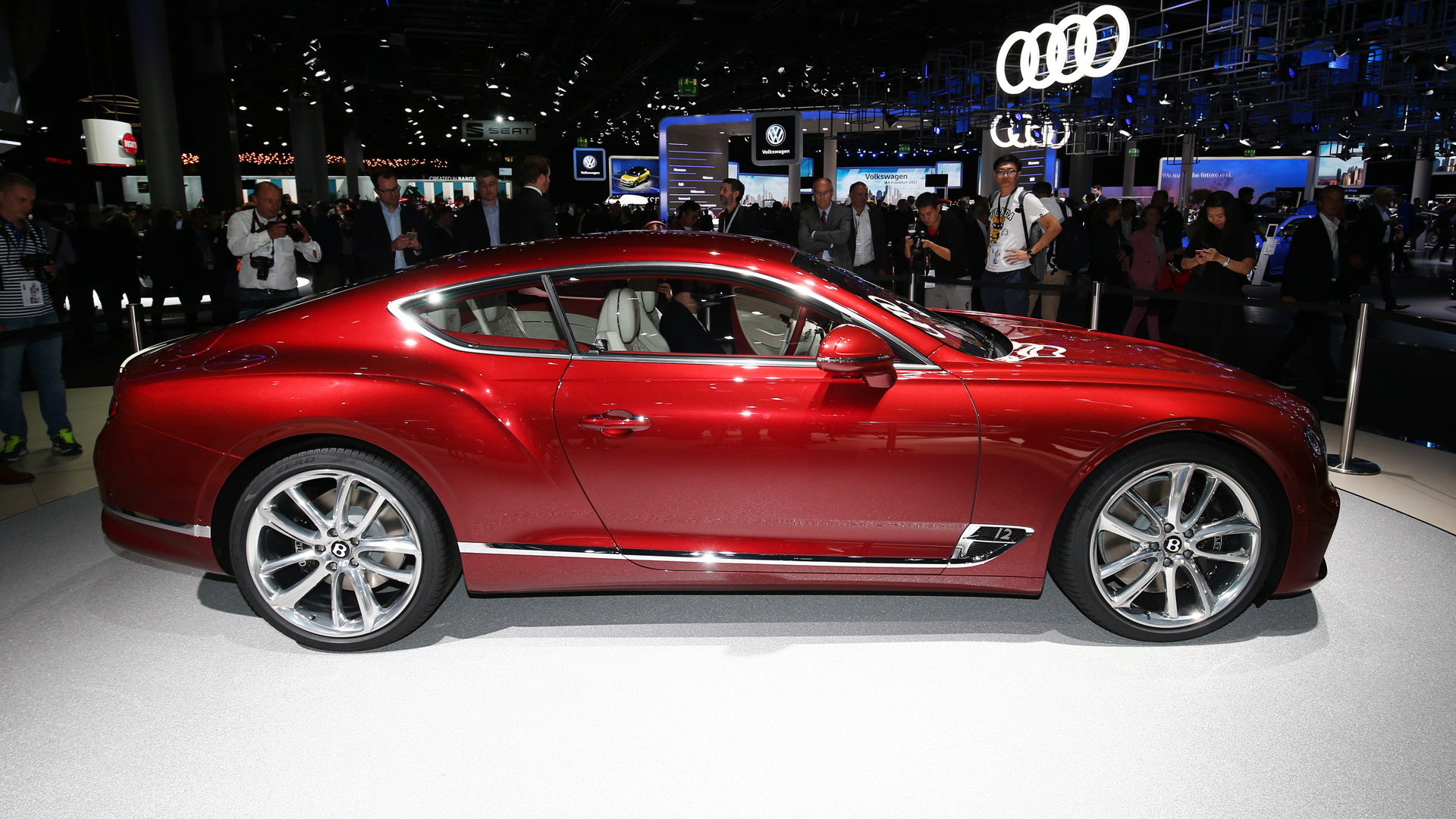 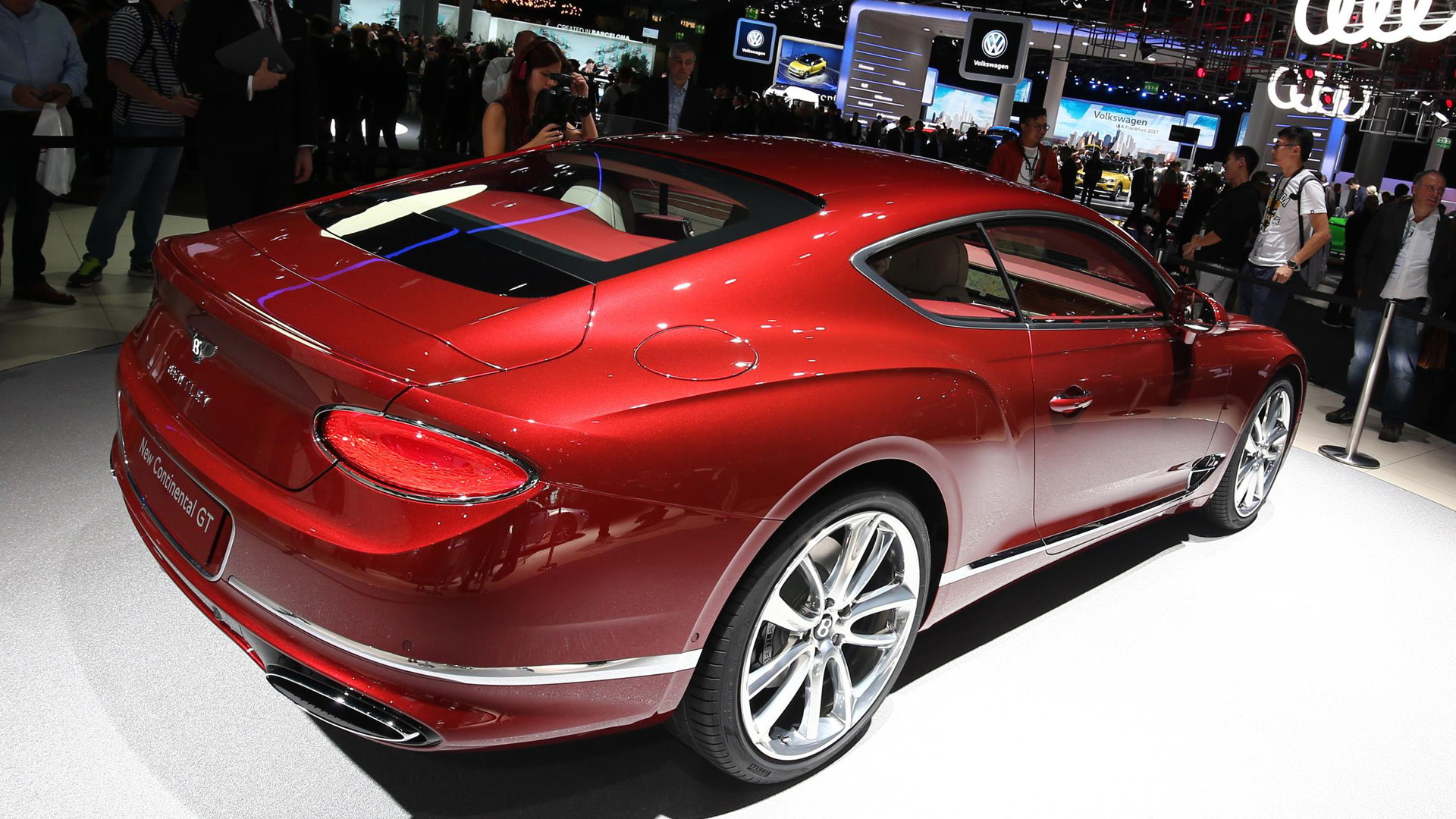 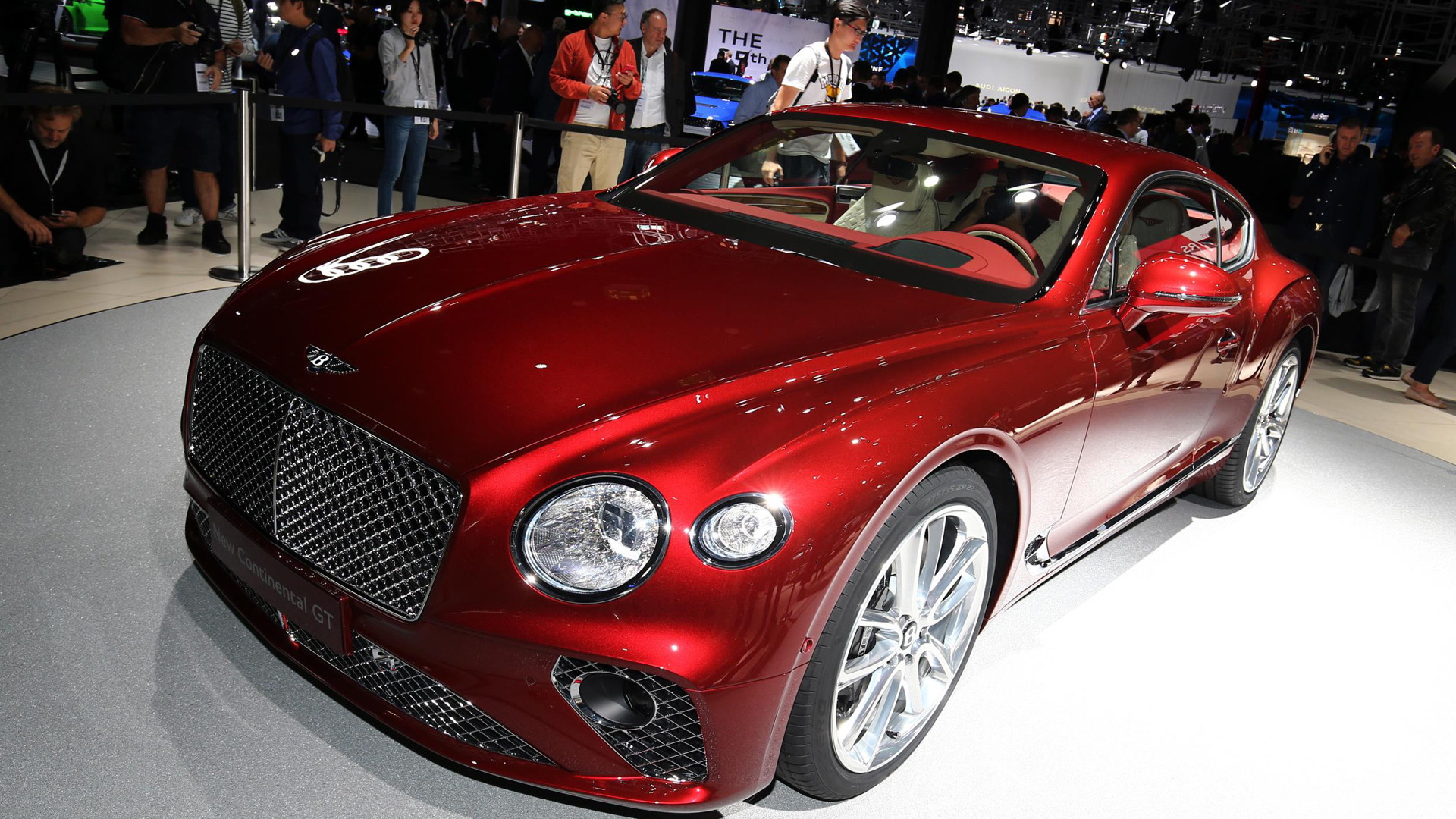 You've seen the spy shots. You've drooled over photos of the concept. Now, the redesigned 2018 Bentley Continental GT has arrived.

If beauty is pain, the new Continental GT unveiled Tuesday at the 2017 Frankfurt Motor Show is agonizingly gorgeous. Its exterior design is mostly cribbed from the EXP 10 Speed 6 concept, which was also gorgeous inside and out. The overall look is far sleeker and more dynamic than the current model. The new Continental GT has sharp body lines, sculpted rear haunches, and taillights in the shape of ellipses that mimic the exhaust outlets. Ouch again.

The overall profile is lower and longer than the current Continental GT and the front wheels sit more than five inches farther forward, which allows for a longer, lower hood.

LED matrix lighting—which is not currently legal in the United States thanks to regulations—is incorporated into the headlights and the entire units are art, according to our eyes. The lenses feature a design that Bentley says was inspired by the "finest cut-crystal glasses."

Inside the cabin you'll find a space filled with leather, wood, chrome, and LCD screens. The dashboard wraps into the door panels with a wood veneer, while the 20-way adjustable seats and door panels feature quilted leather.

Bentley claims over 107 square feet of wood will be used in each of the new Continental GTs, and that it takes nine hours to create and fit all the inlays, which is a process done almost entirely by hand. 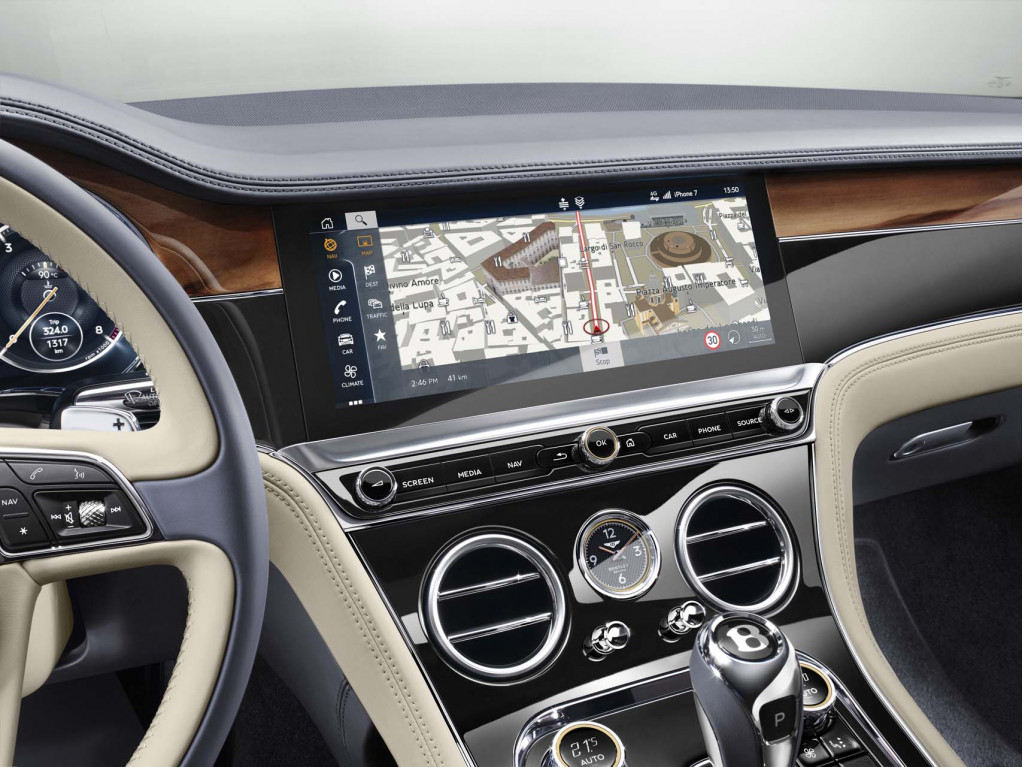 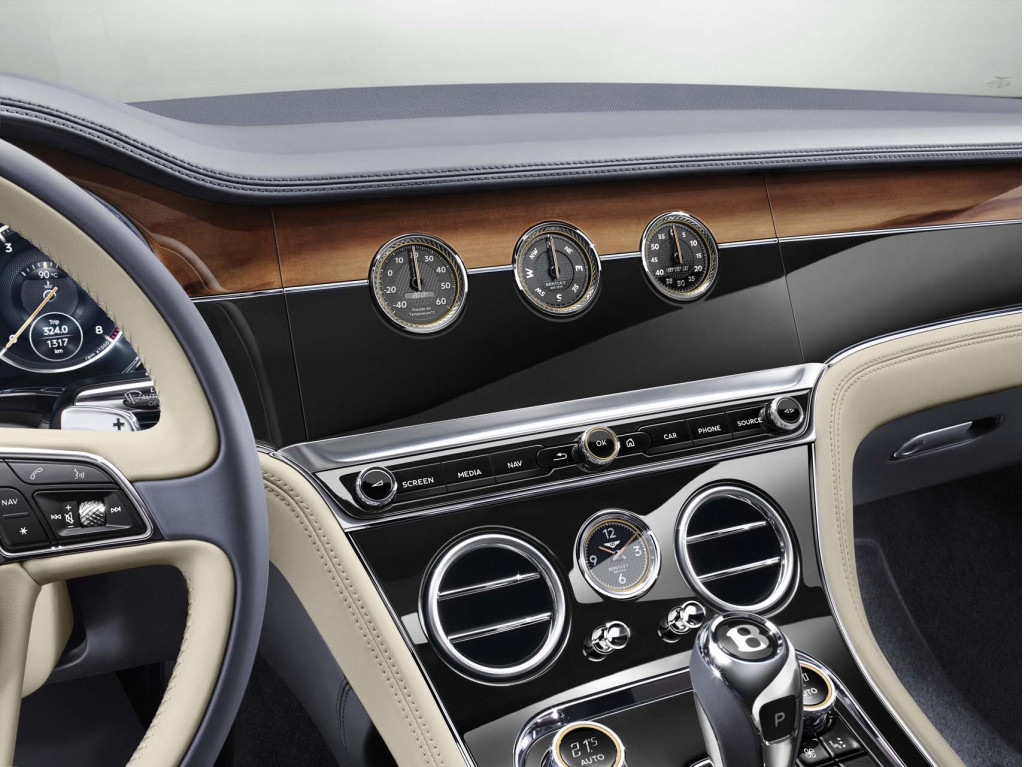 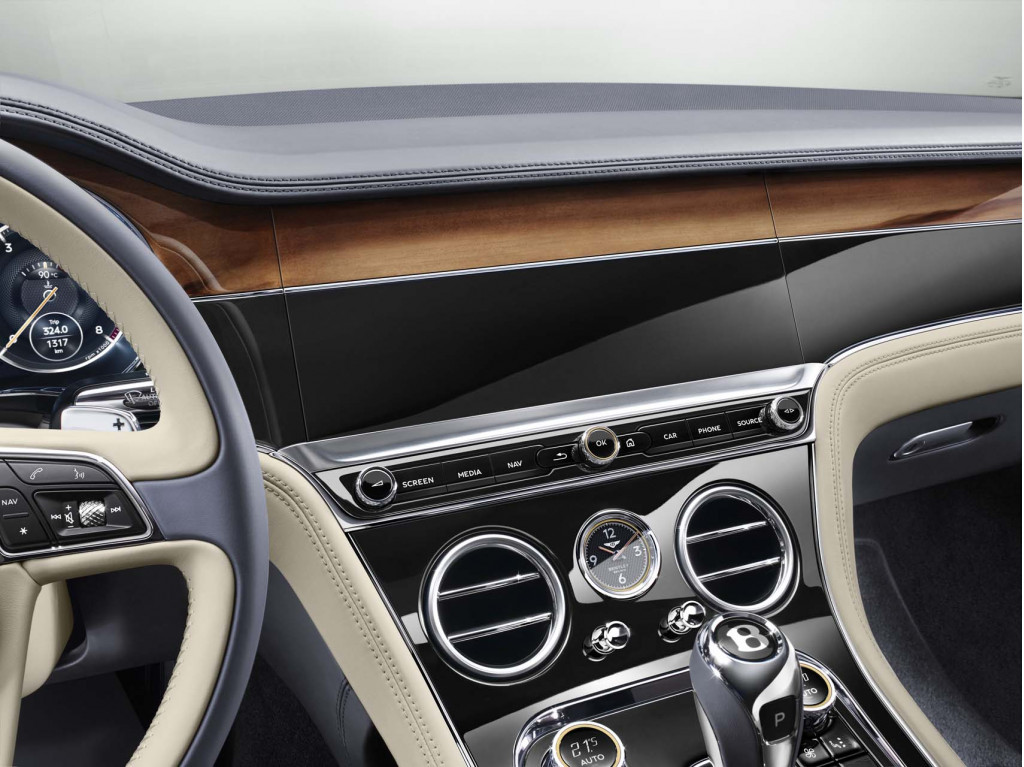 The new Continental GT's infotainment system is straight out of a Bond movie, we say. The 12.3-inch infotainment screen is part of a rotating three-sided display unit that rotates between the touchscreen, three analog gauges, and a book-matched piece of wood veneer. The touchscreen is complemented by a digital gauge cluster in front of the driver that looks like Audi's Virtual Cockpit, albeit with very Bentley-esque touches.

While the new Continental GT can't drive itself, its navigation system is integrated into the adaptive cruise control system that reads the road ahead to help slow for an upcoming corner or change speed for an upcoming grade. A forward-facing camera can change the car's cruise control speed in conjunction with speed limit signs, if that's what you're into.

Power is provided by an upgraded 6.0-liter W-12 borrowed from the Bentayga that now makes 626 horsepower and 664 pound-feet of torque. In the name of efficiency, the W-12 can shut down half its cylinders under certain conditions, and start-stop is on-board as well. The start-stop system can also help the Continental GT coast to further reduce fuel, though Bentley hasn't given details as to how this works, yet. 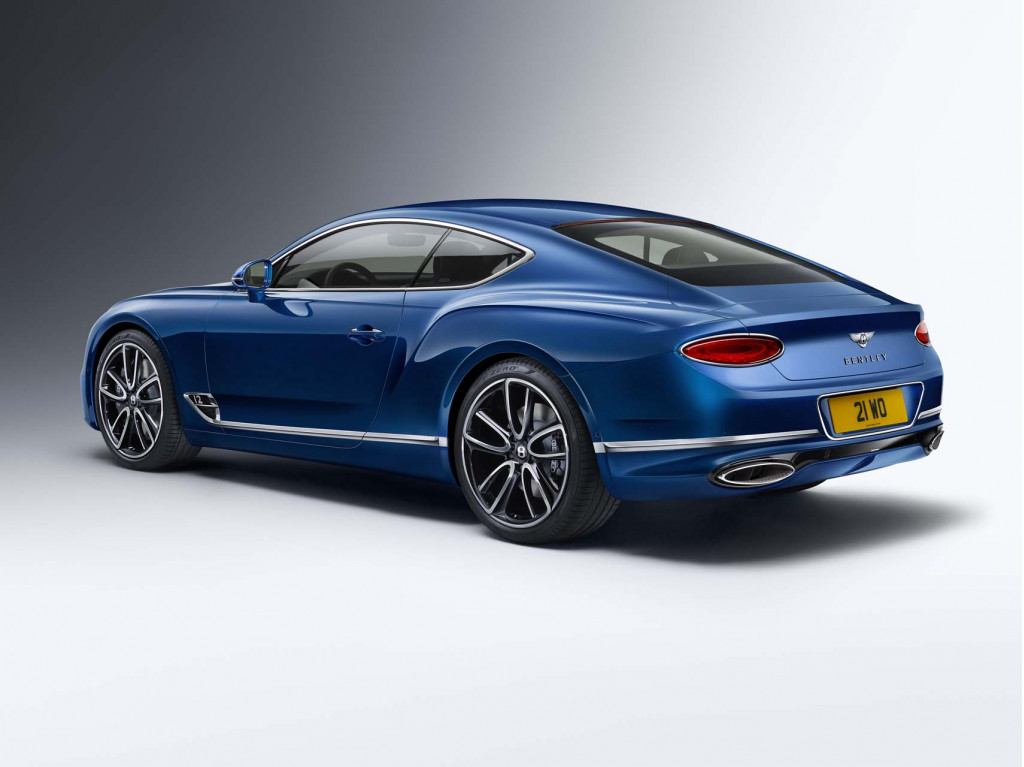 The engine is mated to an 8-speed dual-clutch transmission and drive is sent to all four wheels via a rear-biased all-wheel-drive system.

Performance is impressive, with Bentley quoting a 0-60 mph time of 3.6 seconds and top speed of 207 mph.

Underneath its metal skin, the new Continental GT features a 48-volt anti-roll control system that's integrated into the car's suspension. It controls electronic actuators on the anti-roll bars to improve ride and handling by counteracting lateral rolling forces when cornering, i.e. physics. The air suspension system uses three-chamber air springs allowing for a softer ride than the current model.

Like most cars in this price range, the ability to customize is nearly endless. A total of 17 exterior paint colors are available, with 70 more in the extended range. Inside there are 15 carpet options, eight different veneer choices, and 15 trim choices.

Expect the new Continental GT to hit dealerships early next year, with pricing information to come closer to launch. For more from the Frankfurt Motor Show, head to our dedicated hub.