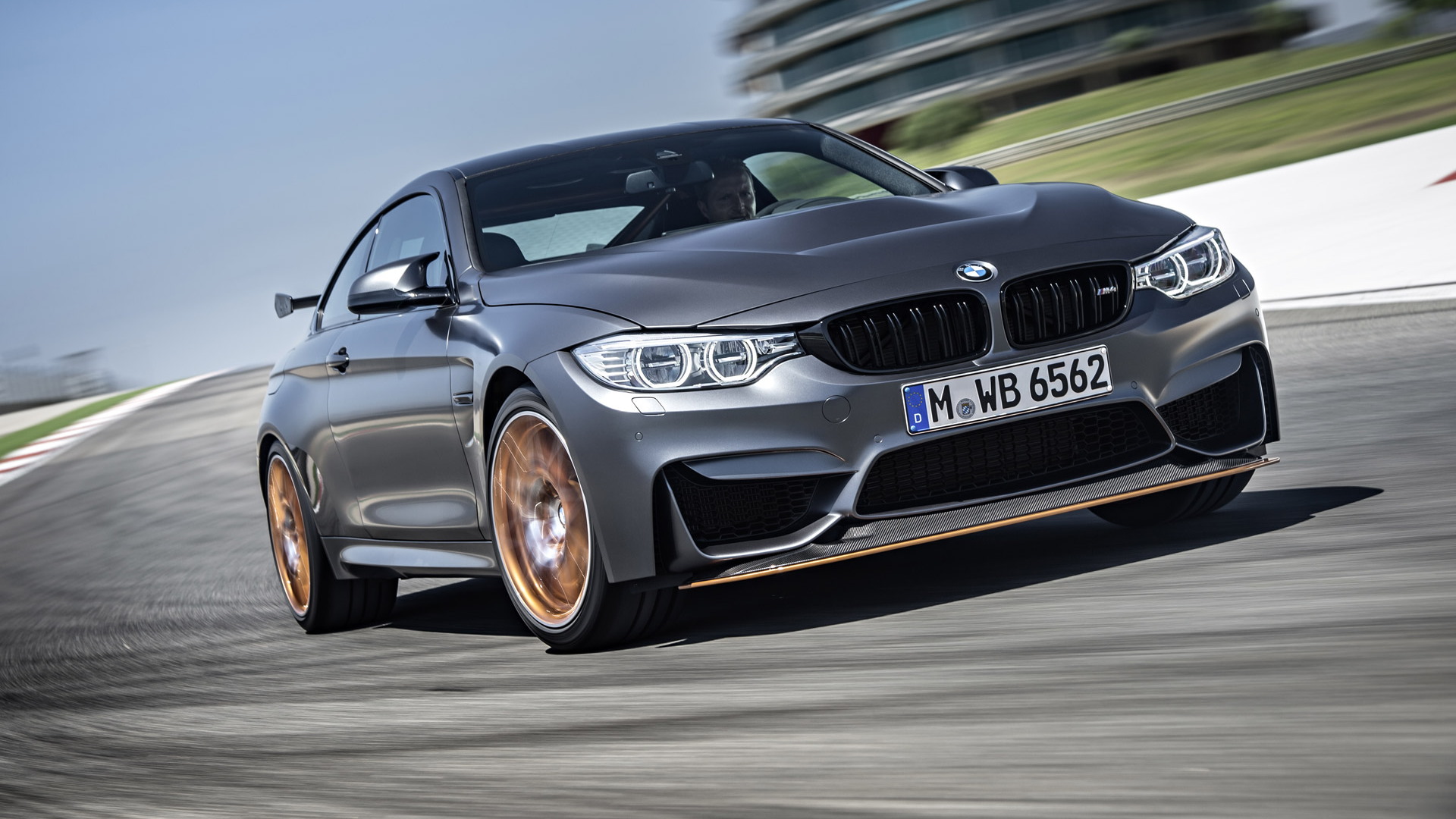 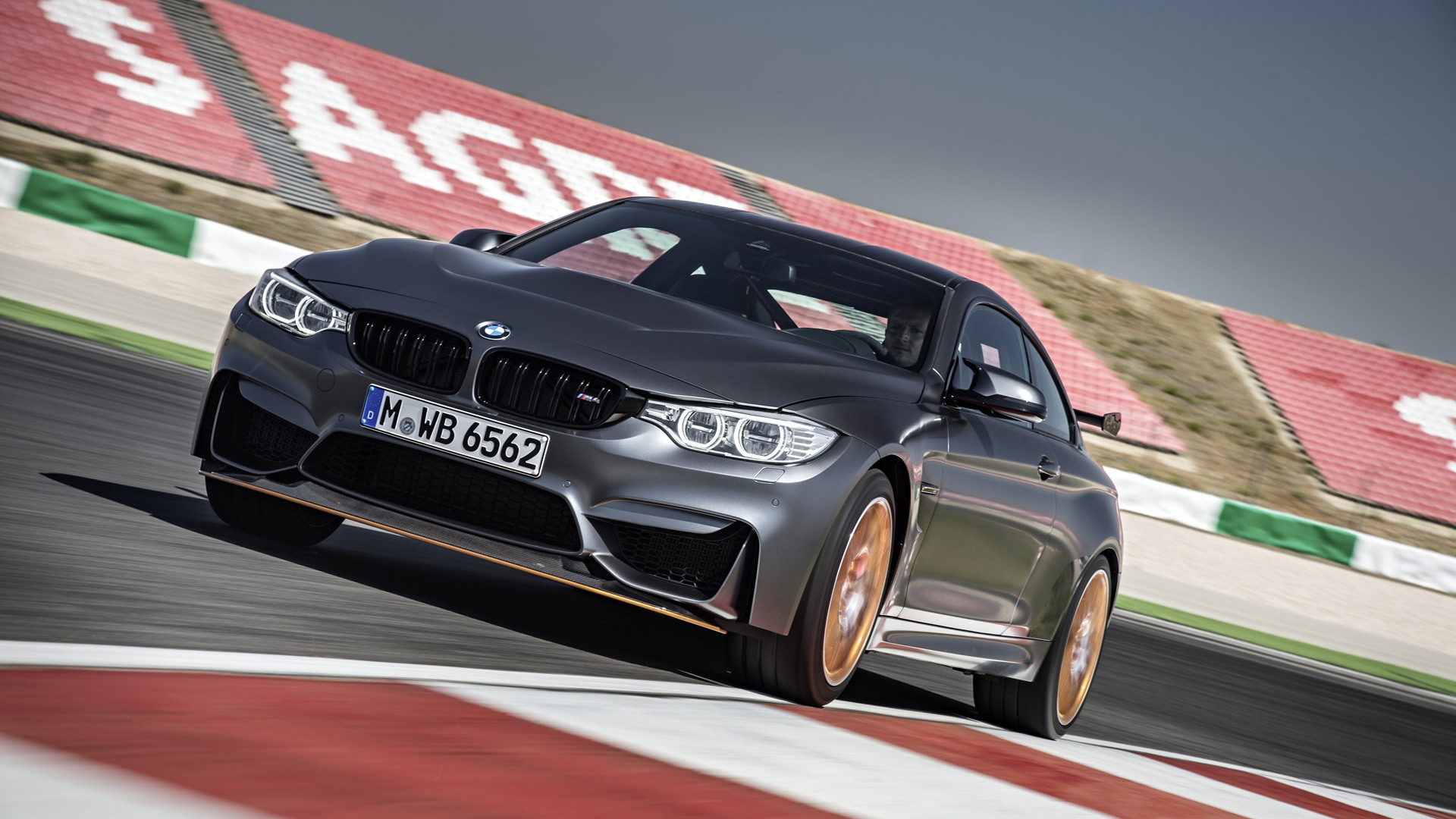 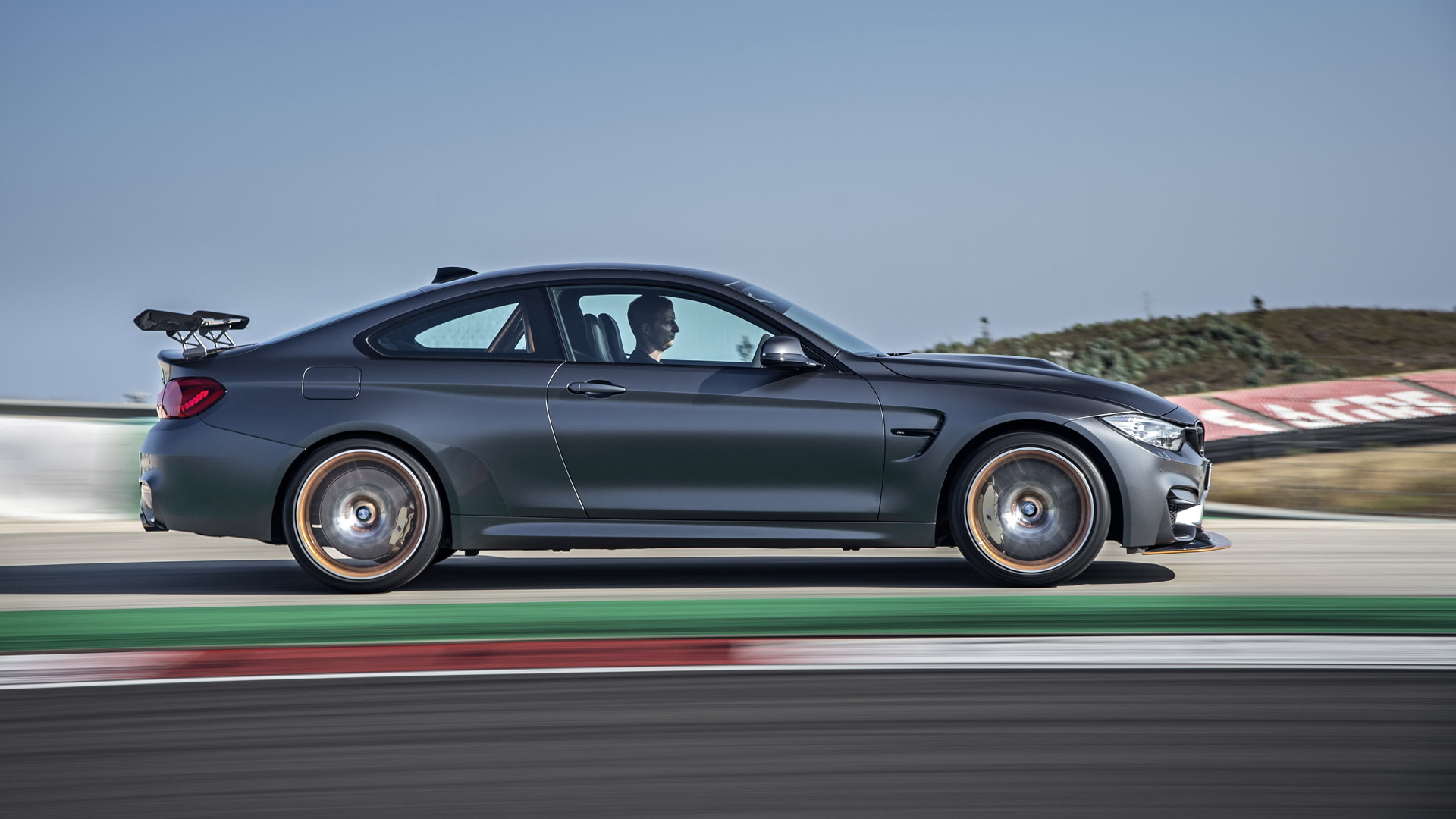 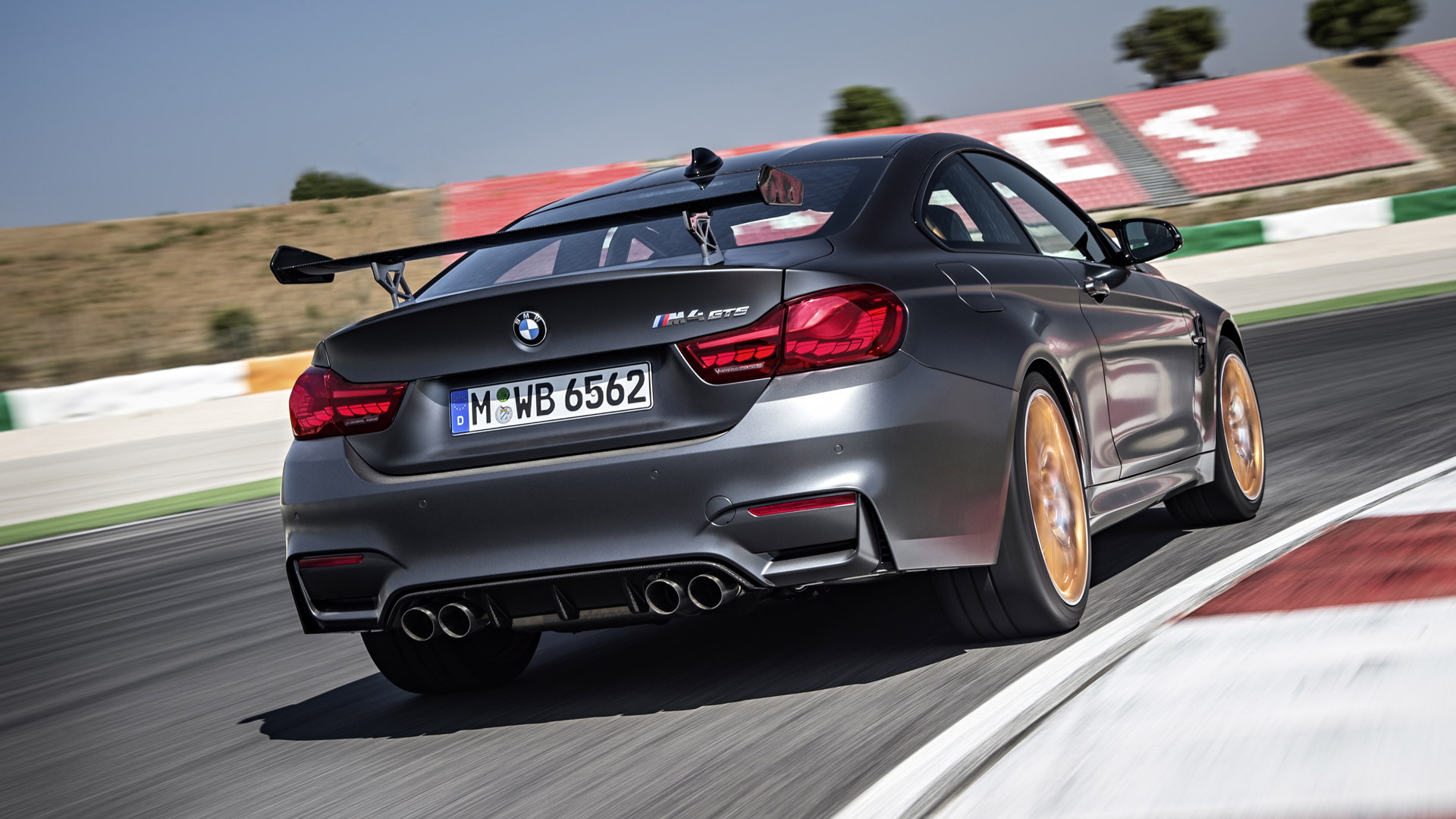 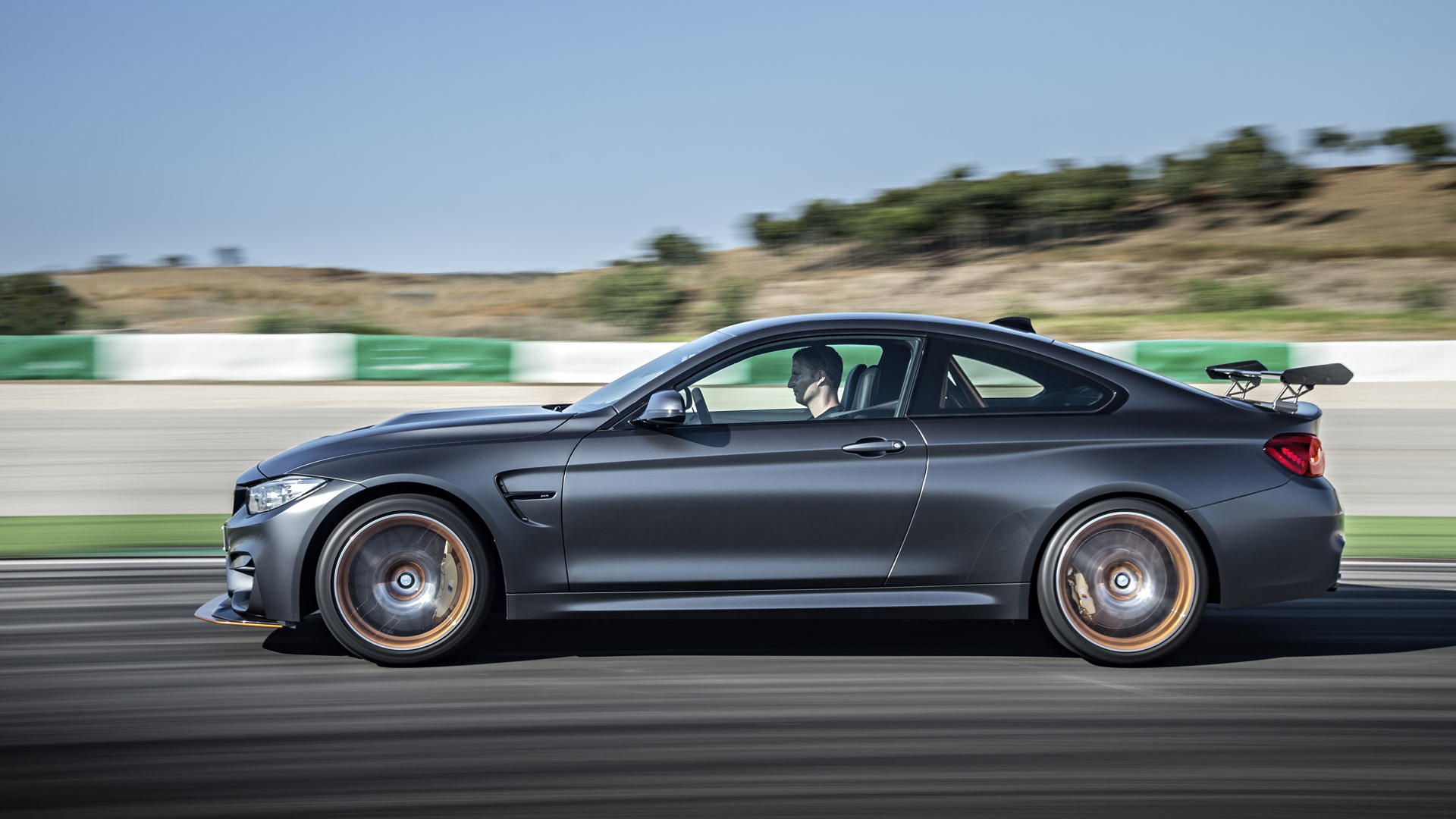 For anyone thinking the BMW M division has become a little soft over the years, may we introduce the new 2016 BMW M4 GTS. The car is the production version of the M4 GTS concept car unveiled earlier this year and is the first of the M division’s special models to be confirmed for the United States. It arrives early next year, as a 2016 model.

In case you’ve forgotten, the M4 GTS is the successor to the M3 GTS launched in 2010 but never sold locally. It follows a successful formula utilized for previous BMW specials such as the M3 Evolution (1988), M3 Sport Evolution (1990), M3 GT (1995), M3 CSL (2003), and the aforementioned M3 GTS, and that’s an increase in power combined with a reduction in weight.

Power comes from the M4’s familiar turbocharged 3.0-liter straight-six, however, the engine has been upgraded with a new water injection system that not only boosts power but also improves efficiency. Peak output registers at 493 horsepower and 442 pound-feet of torque, which is up considerably on the stock model’s 425 hp and 406 lb-ft. Despite the performance increase, fuel economy is said to be largely unchanged. The standard transmission is a seven-speed dual-clutch unit.

The water injection system sprays water in both the intake manifold and directly into the cylinders, where it helps cool the pressurized mix of air and fuel prior to combustion. This cooling effect makes for more efficient combustion, leading to increases in both power and efficiency. In addition, the final compression temperature in the combustion chamber—and therefore the engine’s tendency for detonation (knock)—is reduced, allowing for more boost and earlier injection timing.

The system relies on an arrangement of three water injectors in the intake plenum chamber, where each supplies water to two of the engine’s six cylinders. A 1.3-gallon tank is located below the trunk and is joined by the water pump, sensors and valves. BMW concedes that under track conditions, this tank might have to be topped up with water every time the vehicle is refueled. However, under normal everyday operating conditions, the intervals are said to be much longer. Even in highway driving, the water tank only needs topping up at every fifth refueling interval. Systems are in place to ensure the engine is protected should the tank run dry.

Another advanced technology appearing on the M4 GTS are OLEDs (organic light-emitting diode), in this case used in the tail lights. The special LED's low installation height of just 1.4 millimeters, and the ability to actuate individual light modules that emit light to a single point, allow designers to be much more creative when designing light clusters. Multi-element lighting, layering, three-dimensional effects, and a wide variety of vivid colors—constrained by safety regulations, of course—are all possible.

Beyond these technologies, the M4 GTS also benefits from significant weight-saving measures. The end result is a 3,329-lb curb weight. This was achieved by replacing many of the standard M4’s steel components with lightweight carbon fiber-reinforced plastic pieces, such as the hood, roof and trunk lid plus hidden components such as the instrument panel support and driveshaft. Additional weight was reduced through the use of lightweight forged wheels, carbon-ceramic rotors and a rear seat delete option.

When it comes to handling, the M engineers have installed a fully functional aero kit, most of which is composed of carbon fiber. There is also a lightweight suspension setup composed of forged aluminum. It features a racing-derived rigid connection between the rear axle subframe and the body as well as three-way adjustable coilovers with mechanically adjustable compression and rebound settings. Moreover, the anti-roll bars and support mounts are closely matched to the significantly increased engine power of this model.

Other features helping to add an extra edge to the driving dynamics include the rear differential’s hollow lightweight output shafts and the Active M Differential. The latter uses an electronically controlled multi-plate limited-slip differential that reacts with split-second speed to vary the locking action, which can be anywhere between zero and 100 percent. The steering system has also been adapted to suit the car’s track-focused nature.

For the interior, the M4 GTS has been fitted with unique bucket-style M sports seats in Alcantara (including lightweight backrests with cut-outs). In between the seats, the BMW M4 GTS boasts a new, asymmetrically styled lightweight center console that shaves around 30 percent off the weight of the corresponding component in the regular M4. A roll cage and fire extinguisher have also been added to the car.

The world debut of the BMW M4 GTS will take place at the 2015 Tokyo Motor Show later this month. BMW plans to build just 700 examples in total. Of these, 300 have been earmarked for the U.S. For more from the Tokyo Motor Show, head to our dedicated hub.