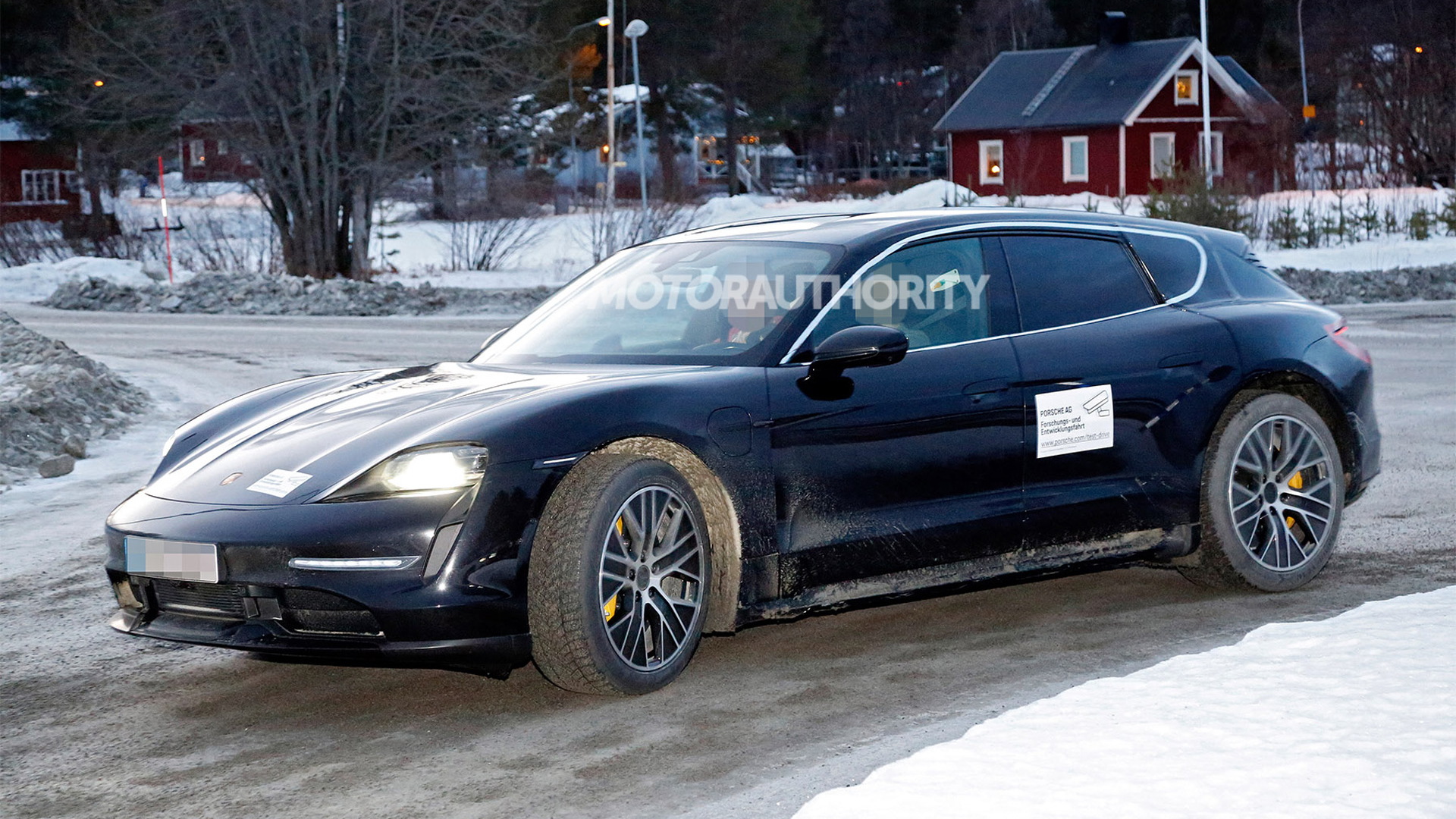 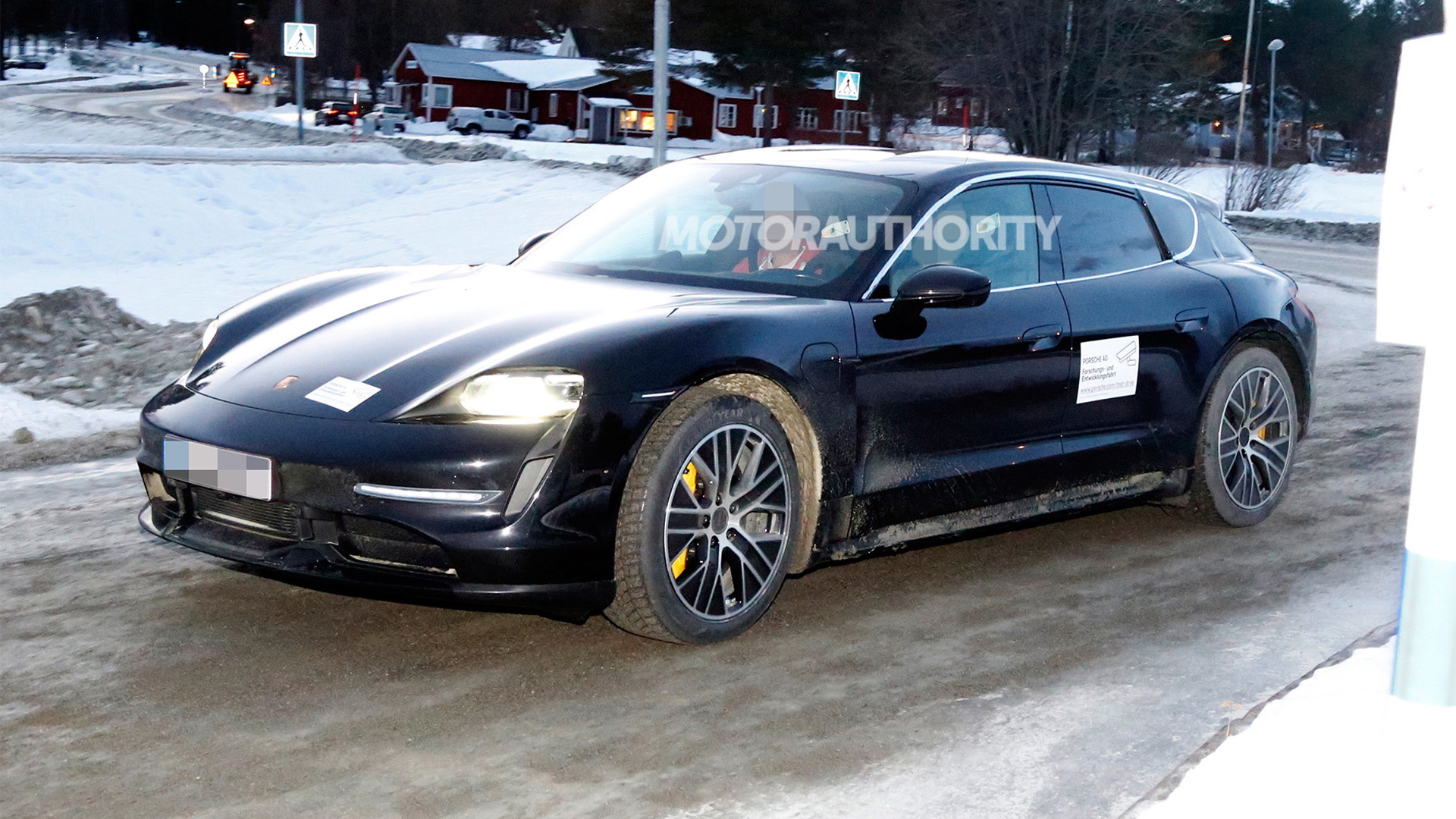 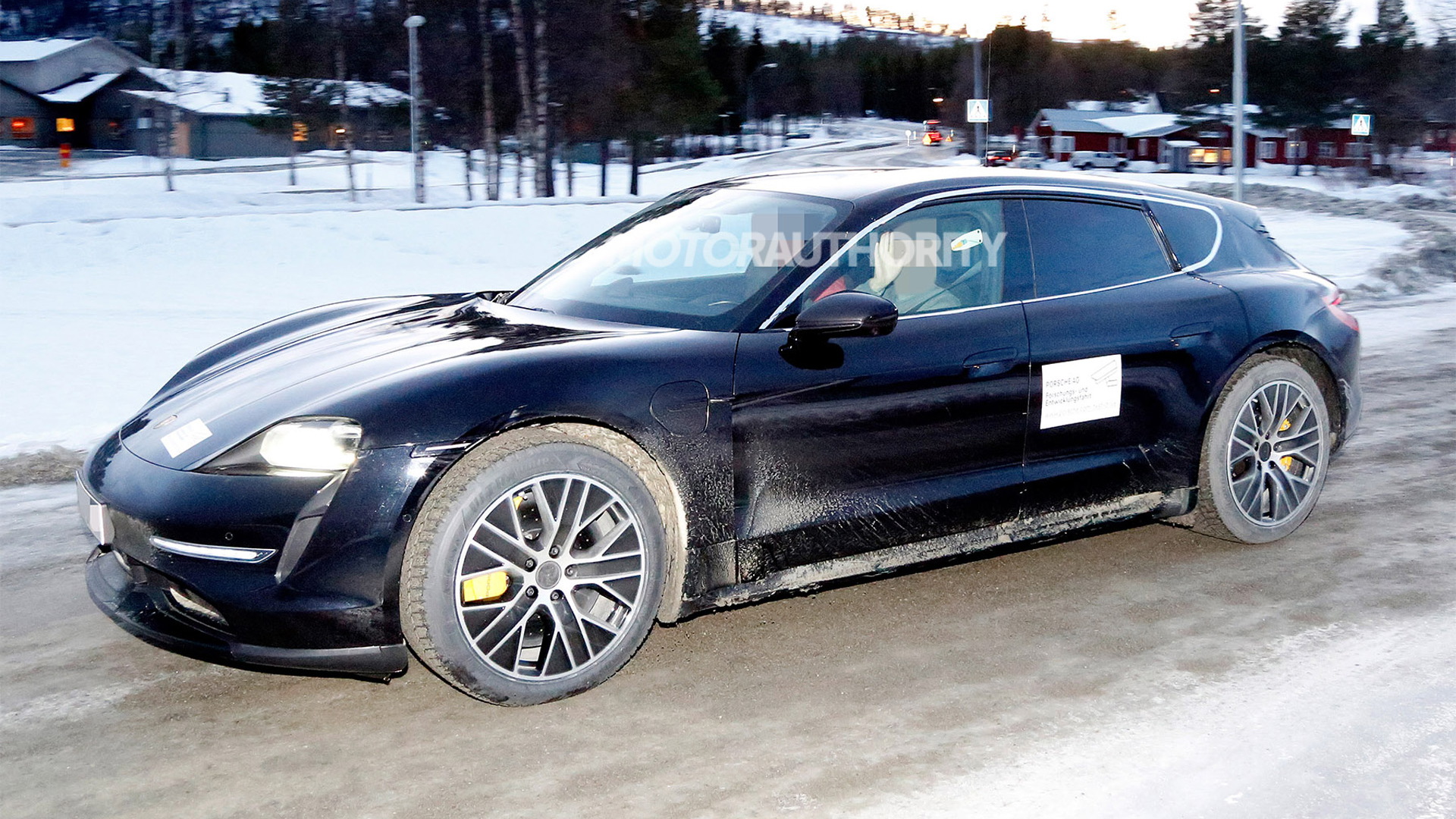 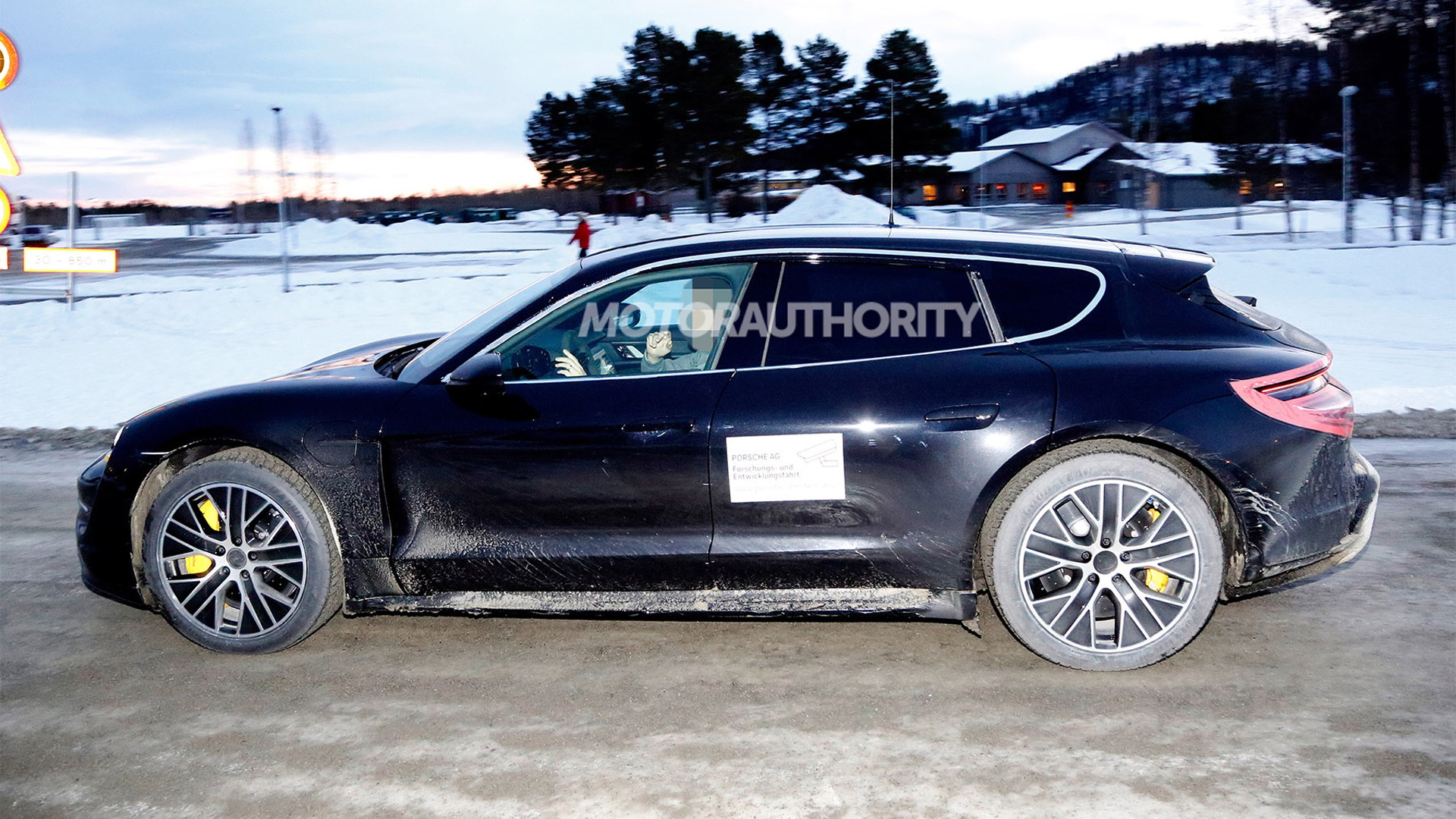 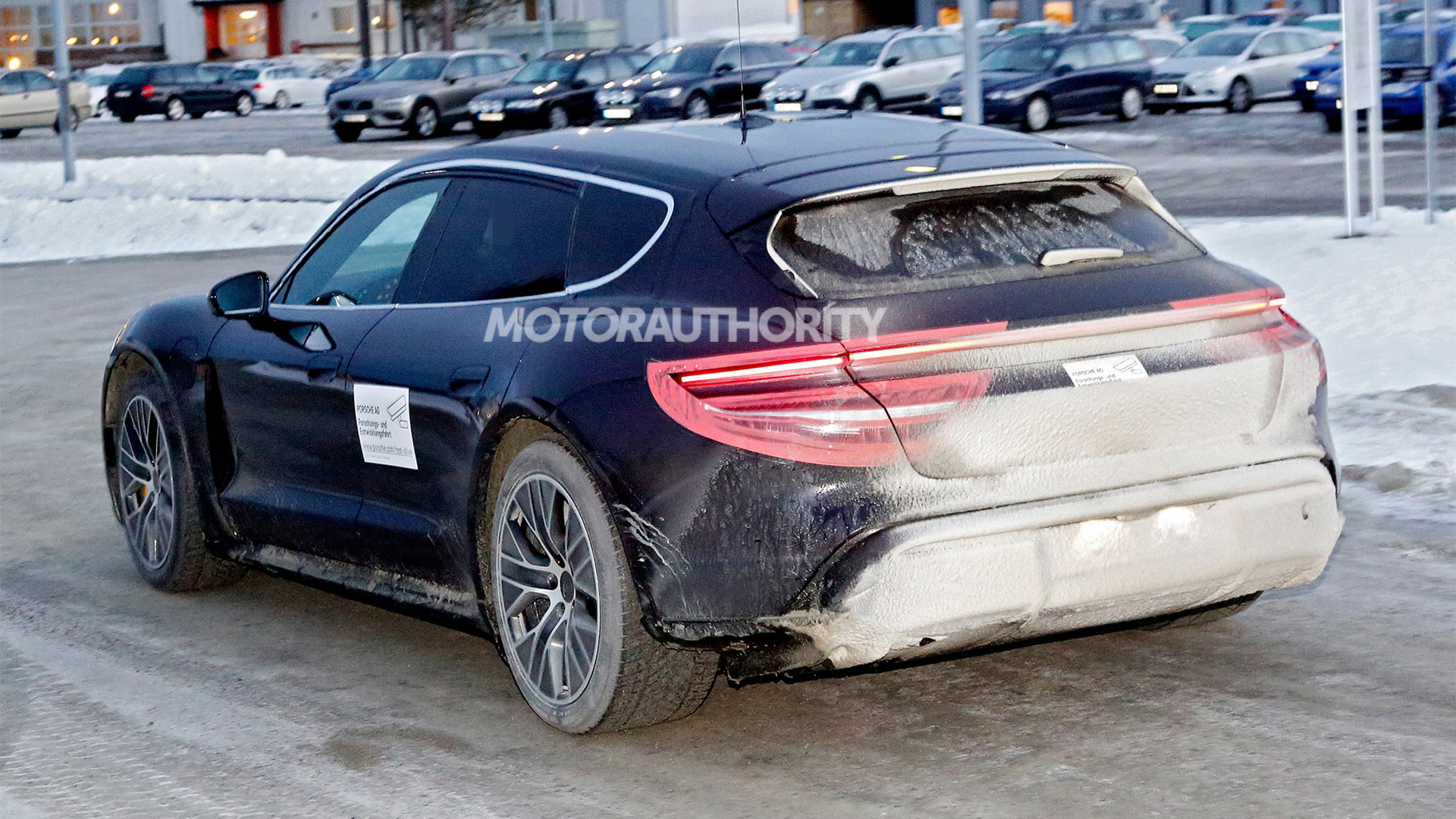 A new body style for Porsche's Taycan electric sport sedan has been spotted in prototype form.

The prototype is the production version of the Mission E Cross Turismo concept Porsche rolled out at the 2018 Geneva International Motor Show.

The production version will be known as the Taycan Cross Turismo when it makes its debut sometime in 2020. We should see it arrive in showrooms later that year as a 2021 model.

Note, those exhaust tips you see on the prototype are dummy units to fool onlookers; the car features a battery-electric powertrain with the battery in the floor and an electric motor at each axle. Most of the C-pillar design also remains hidden.

The Taycan Cross Turismo is essentially a wagon option for the Taycan, akin to Porsche's Panamera Sport Turismo wagon. It isn't clear if a rugged, high-riding version like the Mission E Cross Turismo concept, a soft-roader in automotive parlance, is also planned.

It's possible we see both given Porsche's penchant for launching multiple derivatives of a single product line. A Taycan Targa is also rumored to be in the works.

Performance of the wagon should be similar, if not identical to the Taycan sedan. This means potential buyers can look forward to 4S, Turbo and Turbo S grades, with outputs ranging from 522 to 616 (750 temporarily) horsepower.

When it comes to charging, the maximum charging capacity should be 225 kilowatts for models equipped with Porsche's 79.2-kilowatt-hour Performance Battery or 270 kw for models with the automaker's 93.4-kwh Performance Battery Plus option (using a high-speed DC charger). It isn't clear if range will be affected by the new body style. As we learned in December, the Taycan Turbo sedan equipped with the 93.4-kwh battery has been rated at just 201 miles by the EPA.

Production of Porsche's electric cars is taking place at a new facility constructed at the automaker's main plant in Zuffenhausen, Germany. Porsche will recruit a total 1,200 staff and invest close to $7 billion for its various EV programs running through 2022. Already confirmed is an electric Macan.