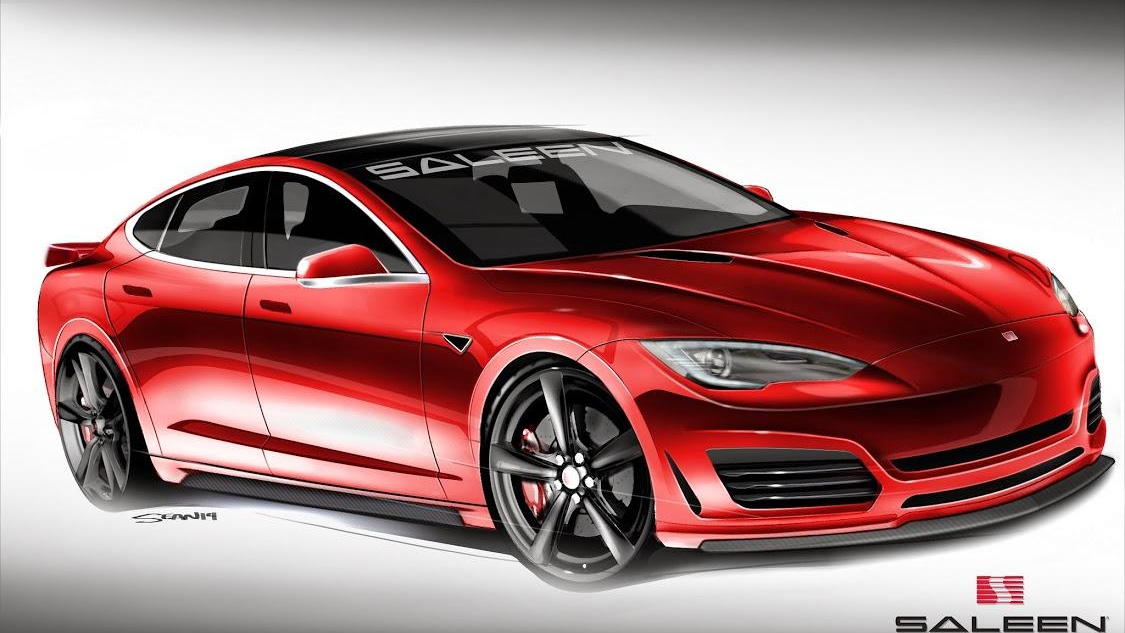 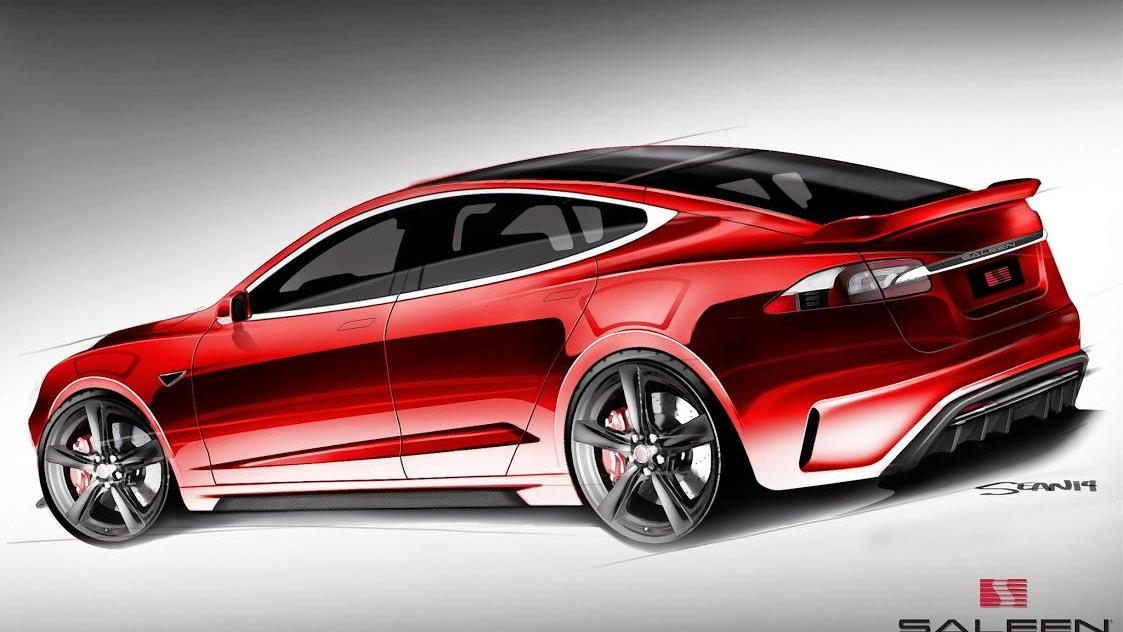 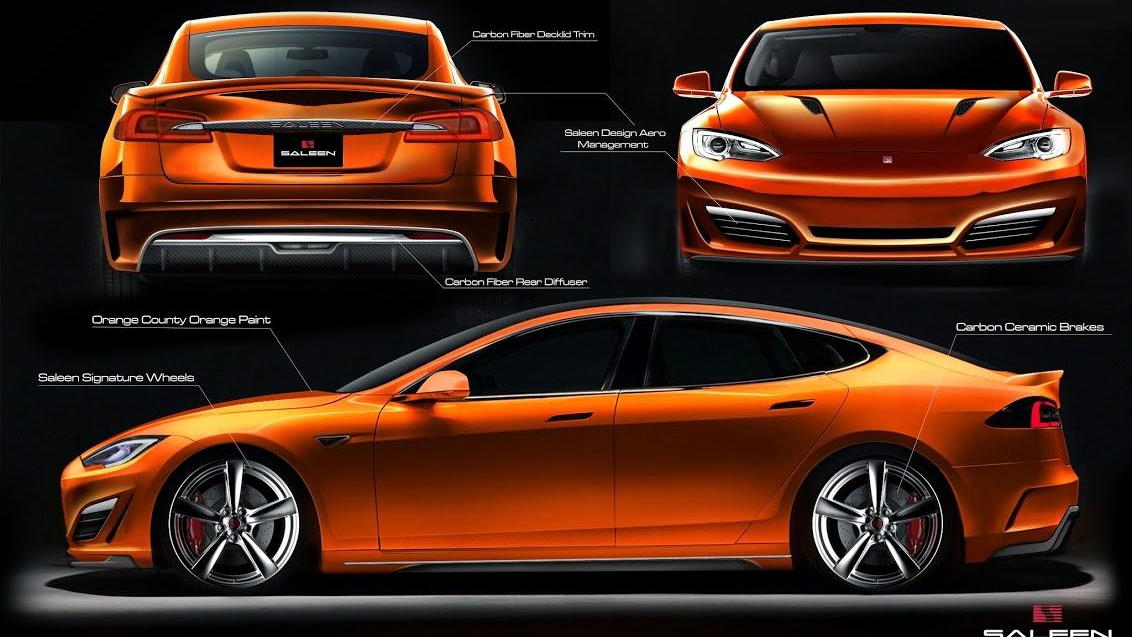 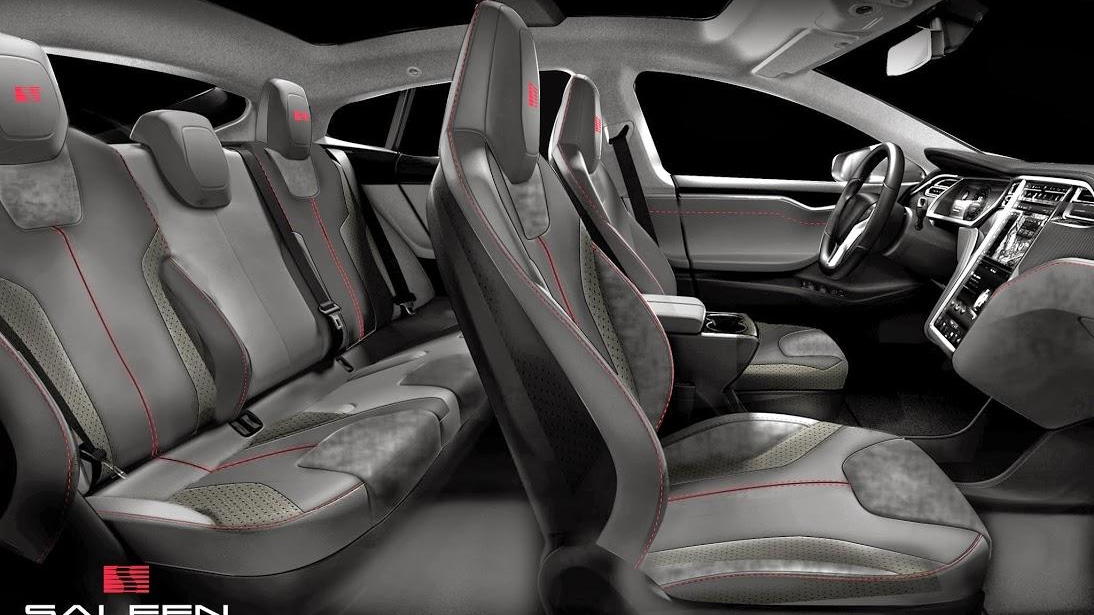 4
photos
So far, electric vehicles haven't really caught the imagination of tuners in the way their combustion counterparts have. Aside from the occasional NISMO-tweaked Nissan Leaf or Brabus-fettled Smart Electric Drive, electric cars have been left well alone.

Ever since Saleen announced it was developing an electric vehicle though, we've been intrigued to see the results. Even more so, when the company revealed its first electric vehicle would be based on the Tesla Model S--and now the company has released official sketches of the upgraded electric sedan.

The Model S's unmistakable form gets a series of aerodynamic modifications to give it that signature Saleen touch. The images show a redesigned front bumper that blanks out the Tesla's normal grille design, instead featuring air intakes and a low front splitter to bring it closer to the road. Side skirts and a deeper rear bumper with diffuser give the car a racier look and several components, such as the diffuser itself and the decklid spoiler, are formed from carbon fiber.

A set of signature Saleen wheels and a lick of paint complete the exterior transformation. Inside, the cabin gets a leather and Alcantara trim, with red contrasting stitching and Saleen's logo embroidered on the headrests. Saleen also says it will offer "mechanical enhancements"--enough to boost the performance of the range-topping P85 car further than its already-impressive 4.2-second 0-60 sprint and range-preserving 130 mph top speed.

The car is expected to debut in the summer, but it may already have competition. A company known as Unplugged Performance also has plans for a hotted-up Model S. While they don't have the reputation of Saleen, the company's own teaser images look rather promising.