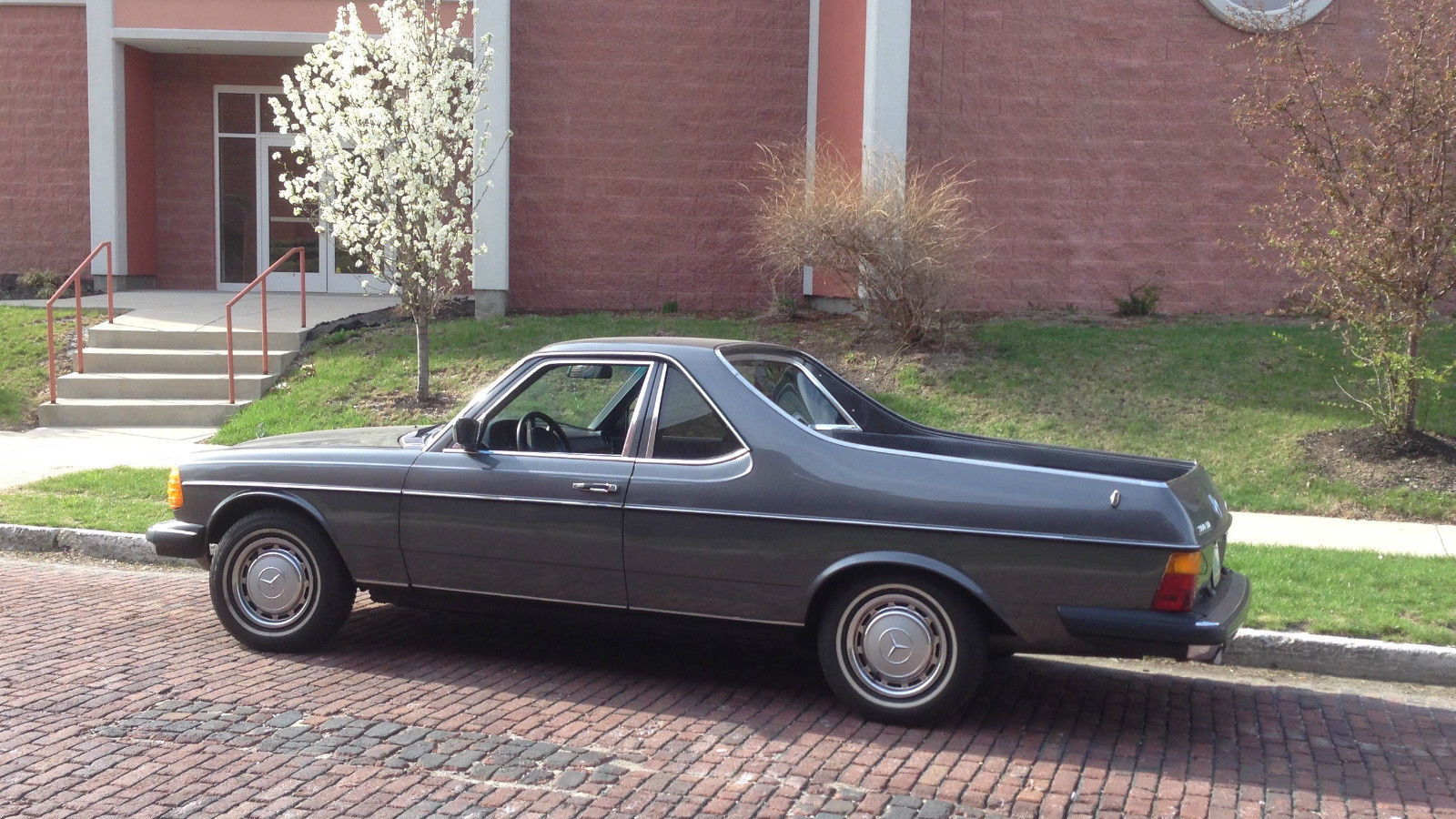 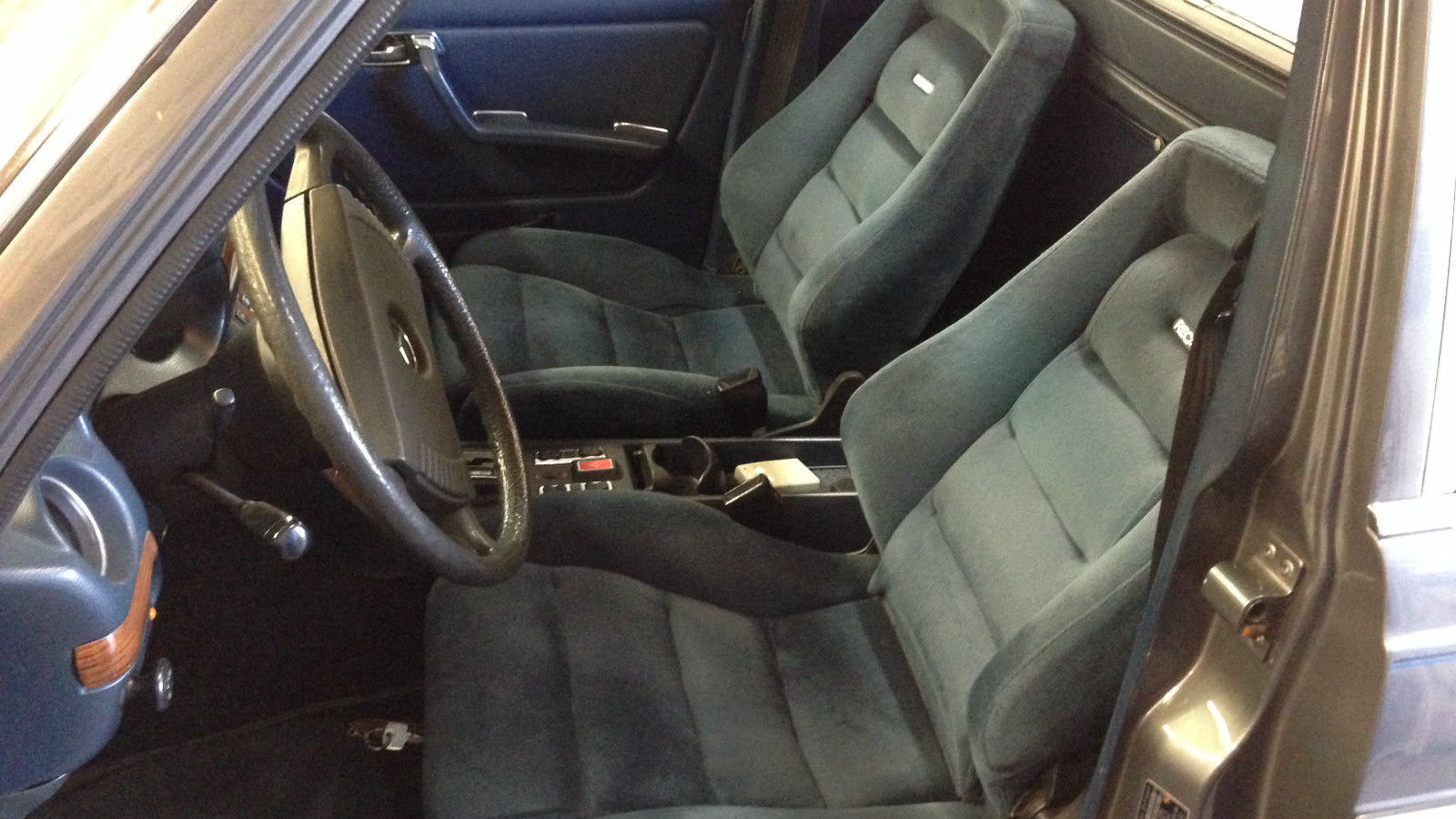 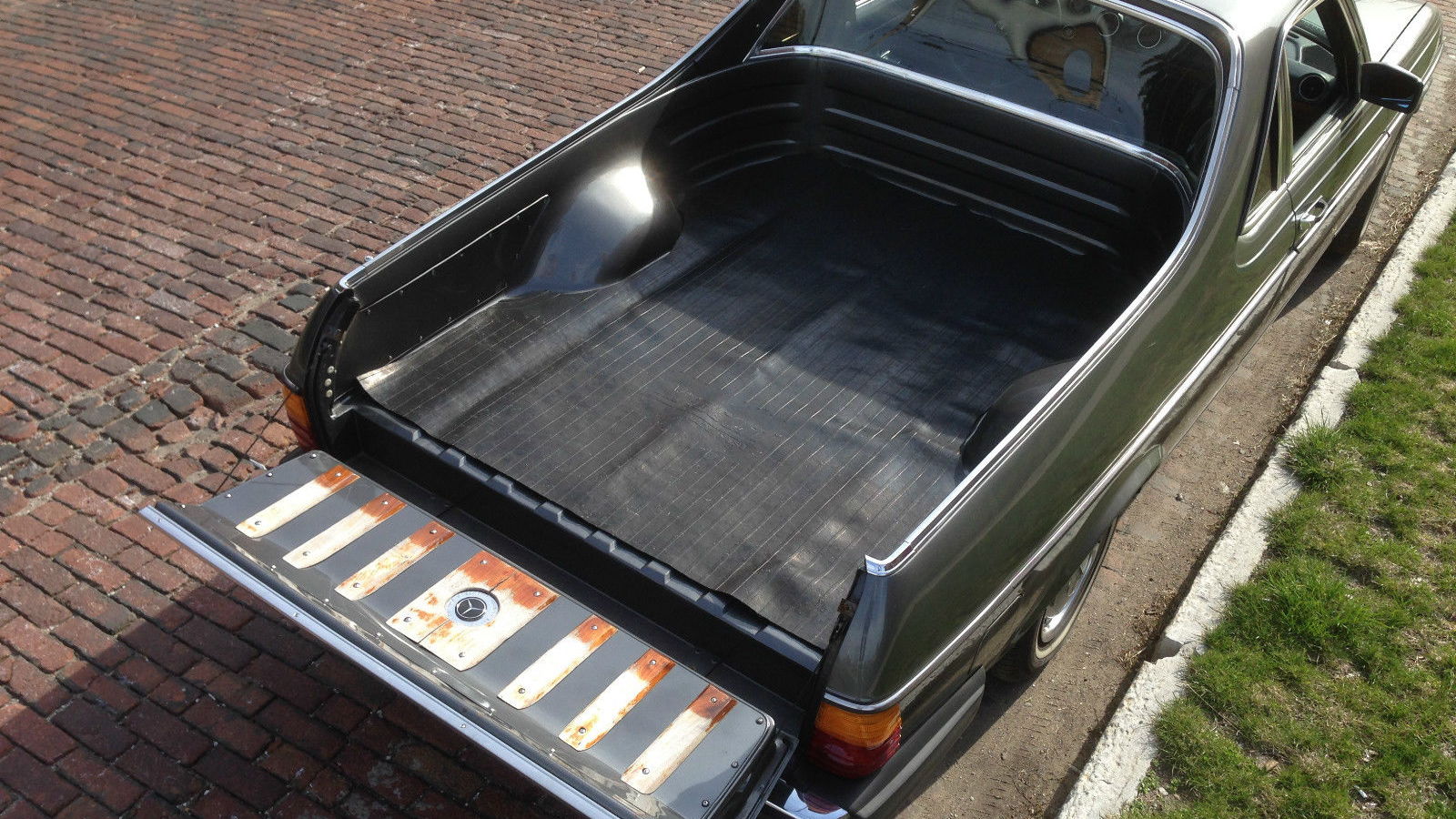 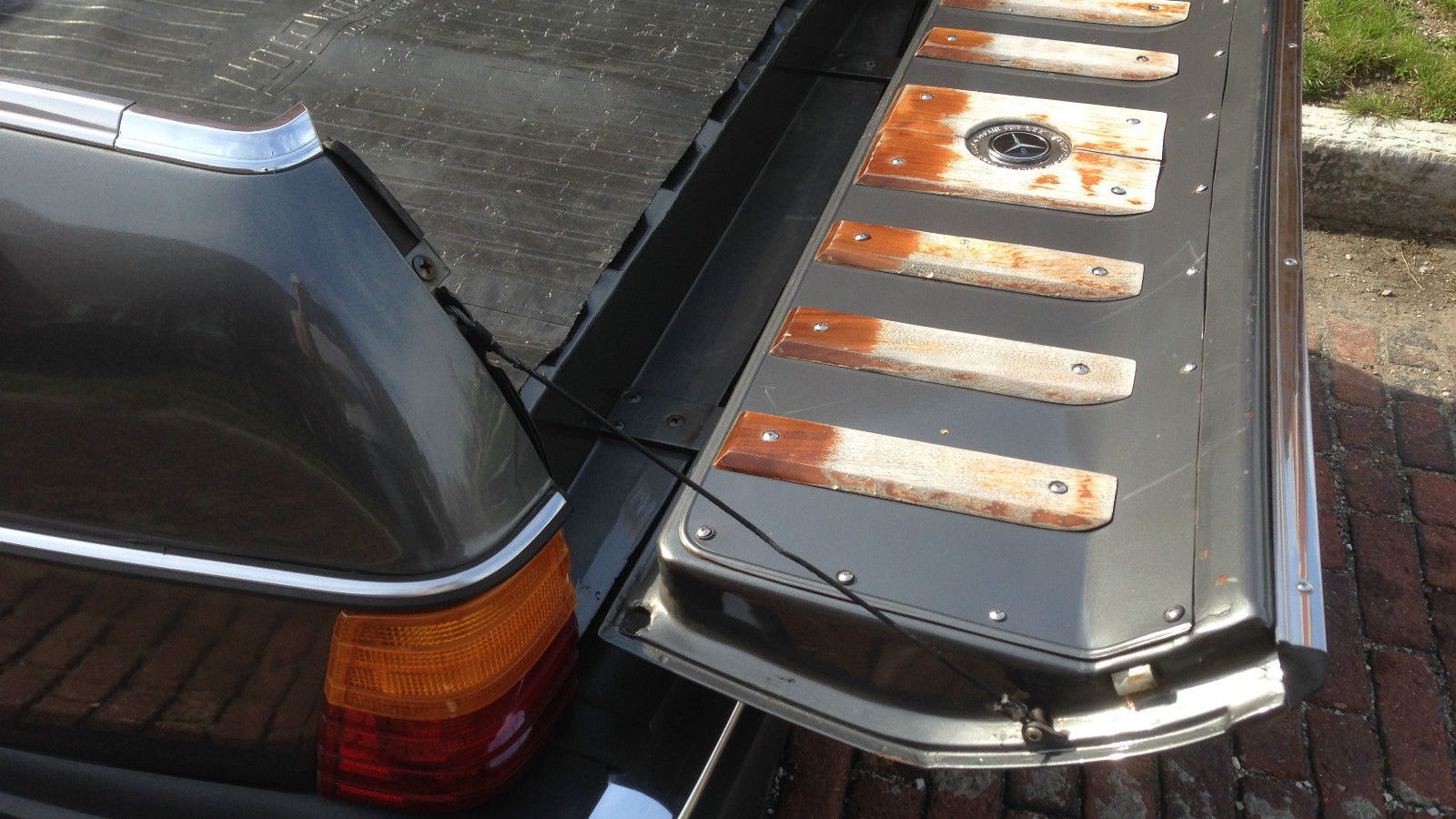 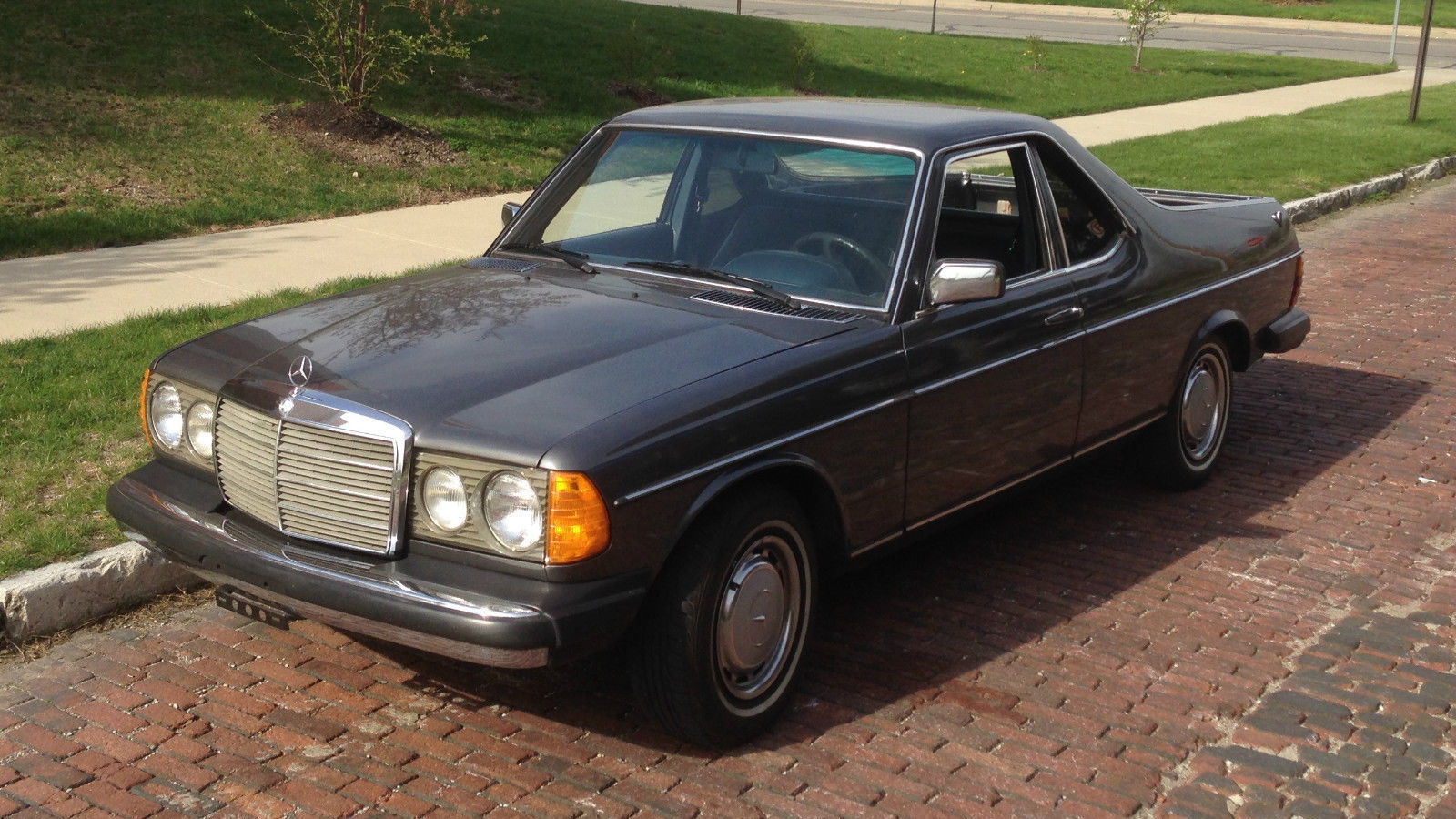 5
photos
I'm a bit of a Mercedes-Benz fanboy. The proverbial "they" say the first step is to admit you have a problem, and only then can you move on to a fulfilling and rewarding life. Well, I've just admitted I have a problem, but now I think there's no coming back because I have a new lust object poised perfectly in my Buy-It-Now crosshairs.

The car in question isn't a car at all actually. Well, it used to be a wagon, but it's since been turned into something with even more utility. I'm talking about a pickup truck, and I'm talking more specifically about a 1979 Mercedes-Benz 300TD that's been converted into an bed-having hauler. While some might be sad that a W123 wagon gave its life for a project such as this, I think we should all smile that the wagon has gone on to a far better fate than one resigned to a life of shuttling screaming kids in the Bay Area while drinking biofuel.

Found by the good folks at Bring A Trailer, the eBay listing for this particular pickup goes into detail of how this wonderful machine came to life. A Wisconsin-based auto body shop transformed the Benz into a parts runner, and they didn't skimp on the build. The tailgate actually works, and the entire project looks so good that you wouldn't be crazy to think this rolled out of the factory.

Instead it's rolled out of someone's wonderful dreams and driven straight into our hearts. The bidding currently sits at $7,300 with the reserve not yet met and five days of bidding to go (at the time of this writing). Oh to have idle cash burning a hole in my pocket...