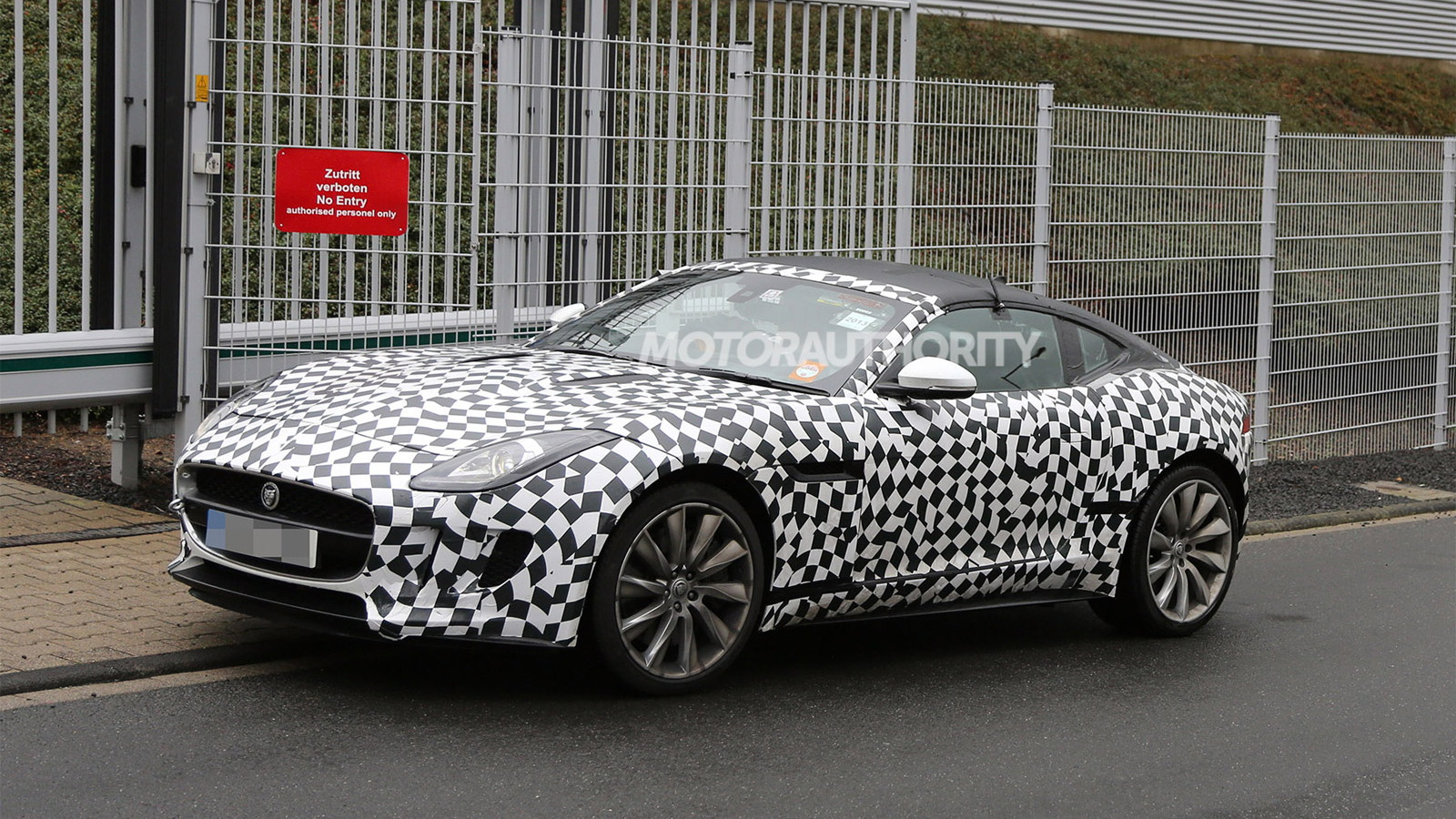 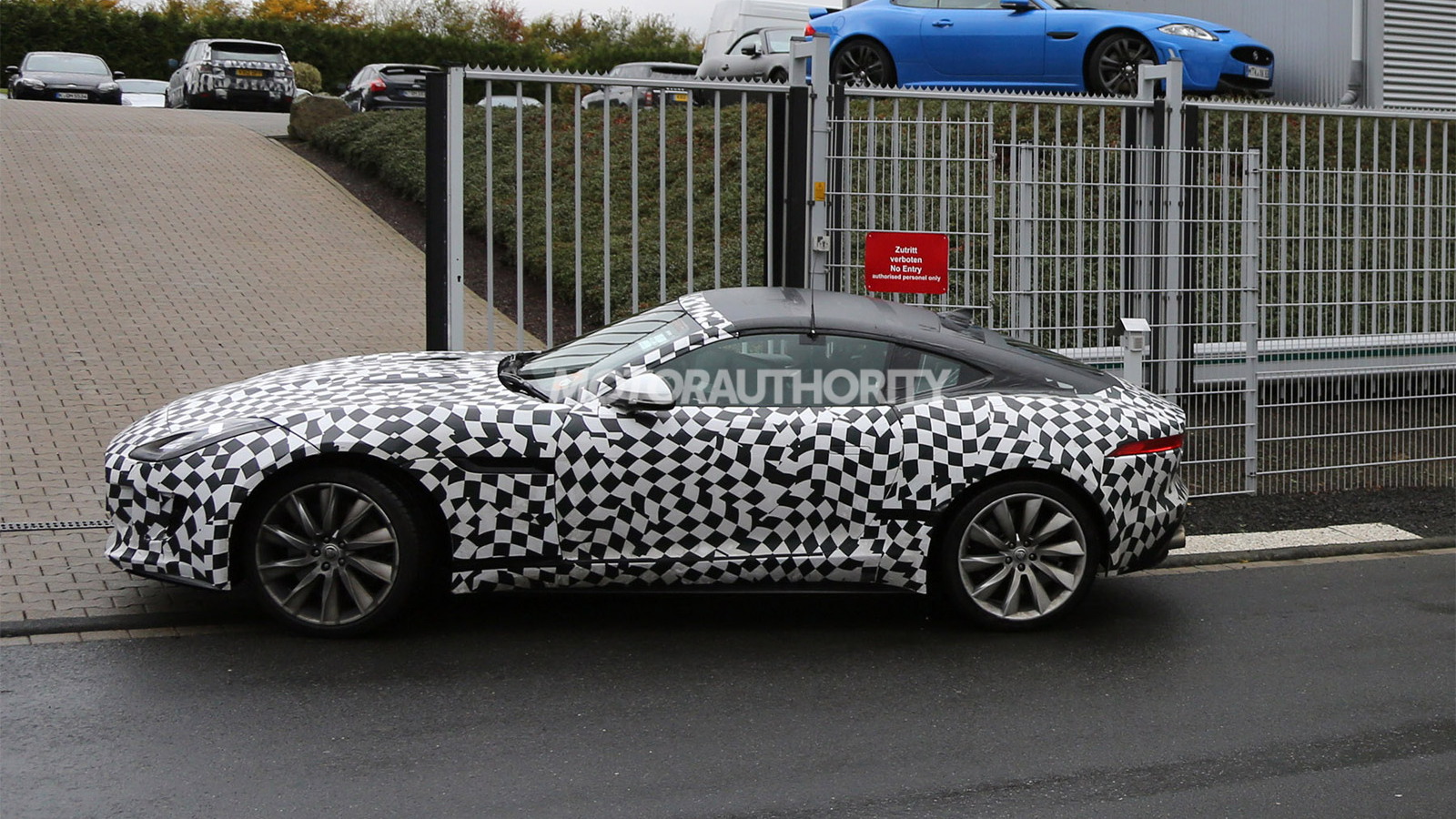 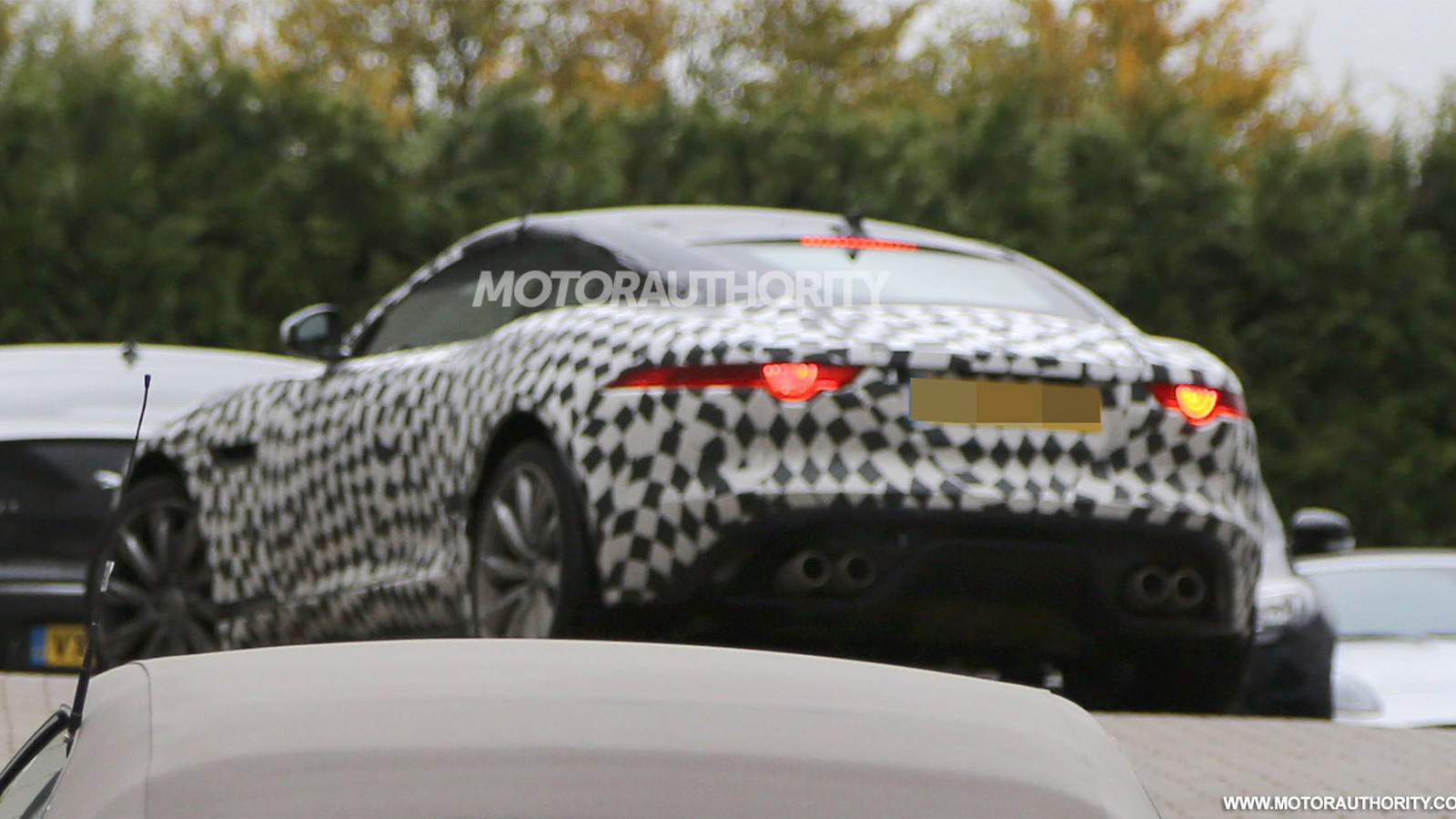 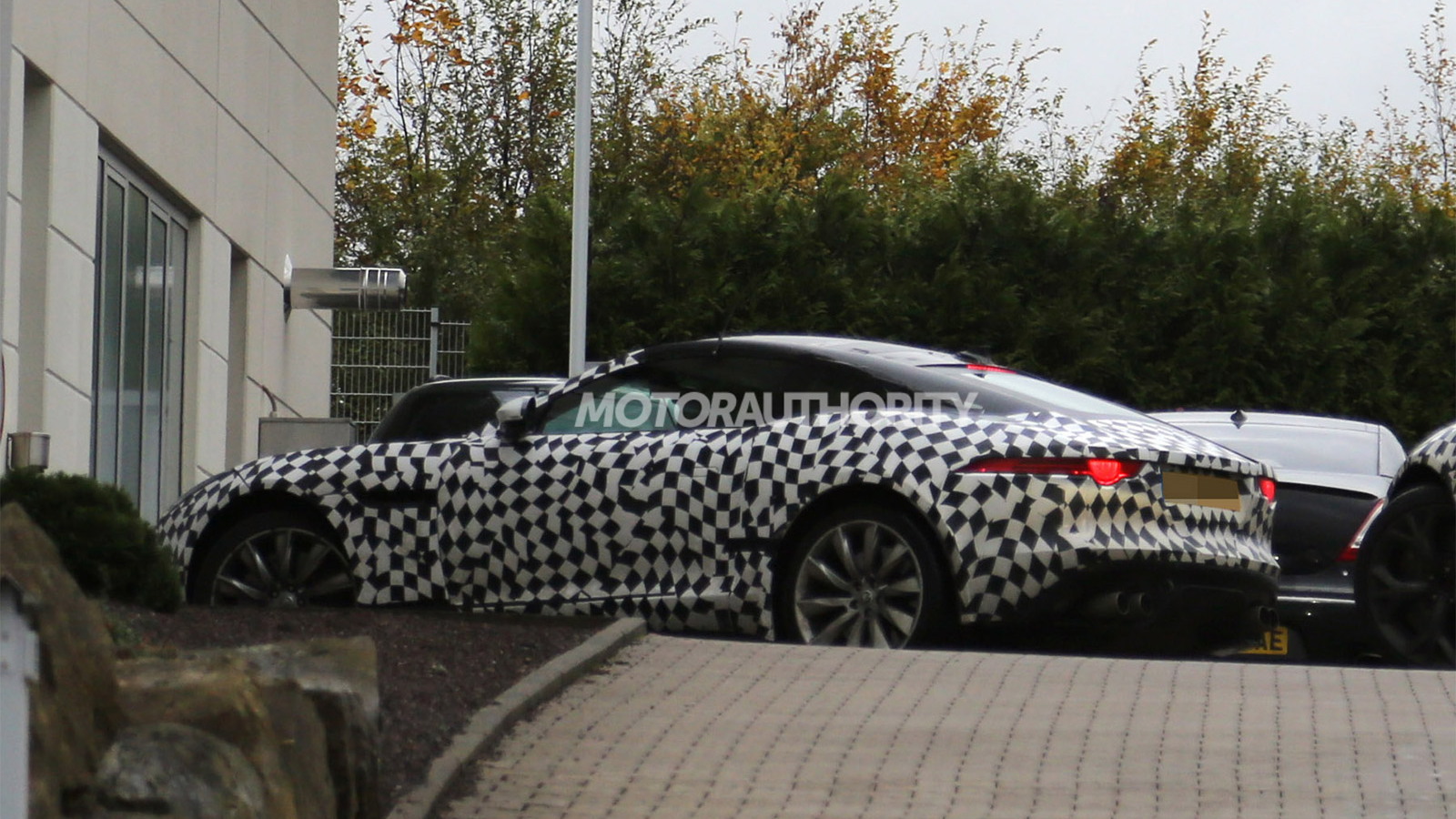 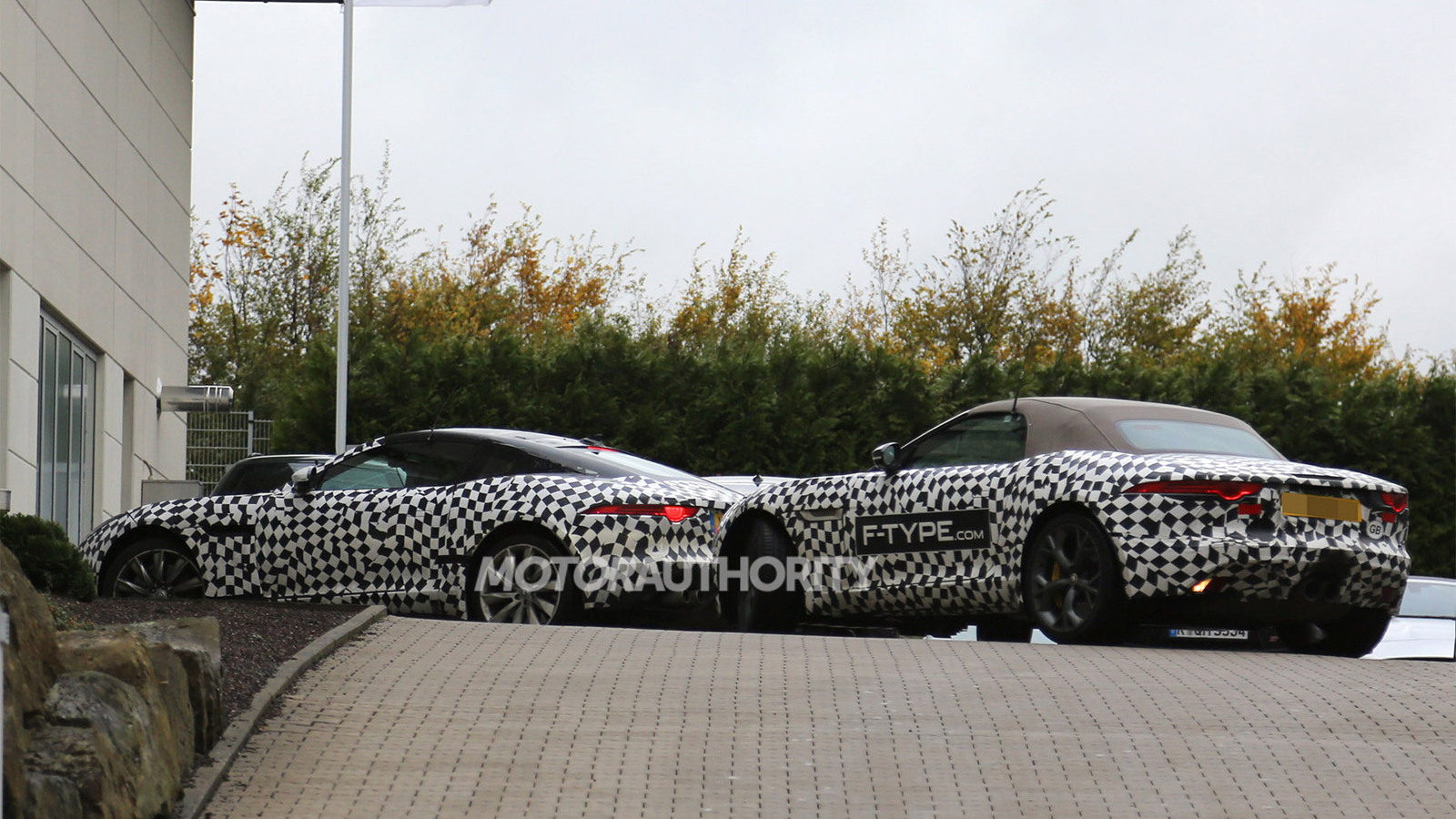 13
photos
The all-new 2014 F-Type convertible sports car has proven a runaway success for Jaguar, with the company claiming to have already sold half a year’s worth of production despite the model having just been launched.

To keep the momentum going, Jaguar will follow up with a new coupe variant, which has been spied undergoing testing in prototype form at the Nürburgring and on some of the German circuit's surrounding roads. The prototype is for the high-performance F-Type V8 S, as evidenced by its quad-exhaust tips.

An F-Type coupe is something that’s been mooted ever since the reveal of the F-Type-previewing C-X16 concept car at the 2011 Frankfurt Auto Show, as the concept itself was a coupe. However, the biggest giveaway that the launch of an F-Type coupe was imminent was the reveal of new patent drawings for the car not that long ago.

This production version is expected to be launched on the market next summer, most likely as a 2015 model.

Some of the shots show the F-Type coupe next to its convertible sibling, showing the subtle differences between the two. The roof line of the coupe appears to be more sloped, giving the car a slightly sleeker appearance. Apart from the roof, the two cars should be identical, which means a trio of powertrains matched to an eight-speed automatic transmission for both. A six-speed manual is planned for the F-Type, though Jaguar is yet to confirm when it will be offered.

The F-Type’s engine lineup kicks off with a 340-horsepower supercharged 3.0-liter V-6 (base), followed by a 380-horsepower version of this engine (F-Type S), and finally topping out with a supercharged 5.0-liter V-8 rating at 495 horsepower (F-Type V8 S).

Note, there’s talk that the F-Type’s engine lineup will be expanded--in both directions. At the entry level, expect to see a turbocharged 2.0-liter four-cylinder join the fold while at the other end of the spectrum we should see a more potent version--or versions--of the supercharged 5.0-liter V-8.

Hopefully, the price of the 2015 Jaguar F-Type coupe will undercut the $69k starting price of the base F-Type convertible. However, there is talk that the coupe may be the more expensive of the two, similar to how Porsche charges more for its Cayman than the mechanically-identical Boxster.

For a taste of the F-Type's performance, be sure to read our first drive report on the convertible.