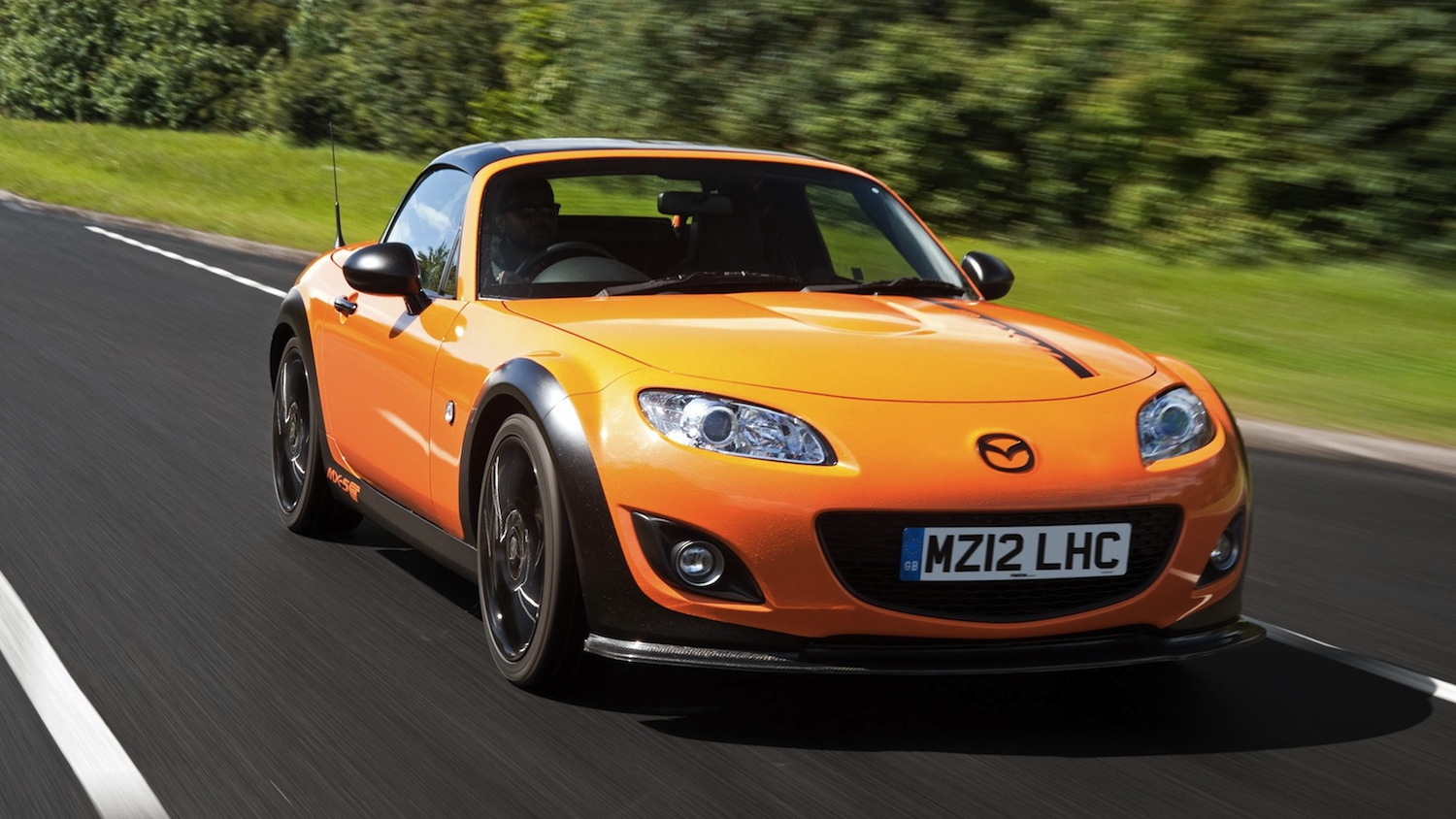 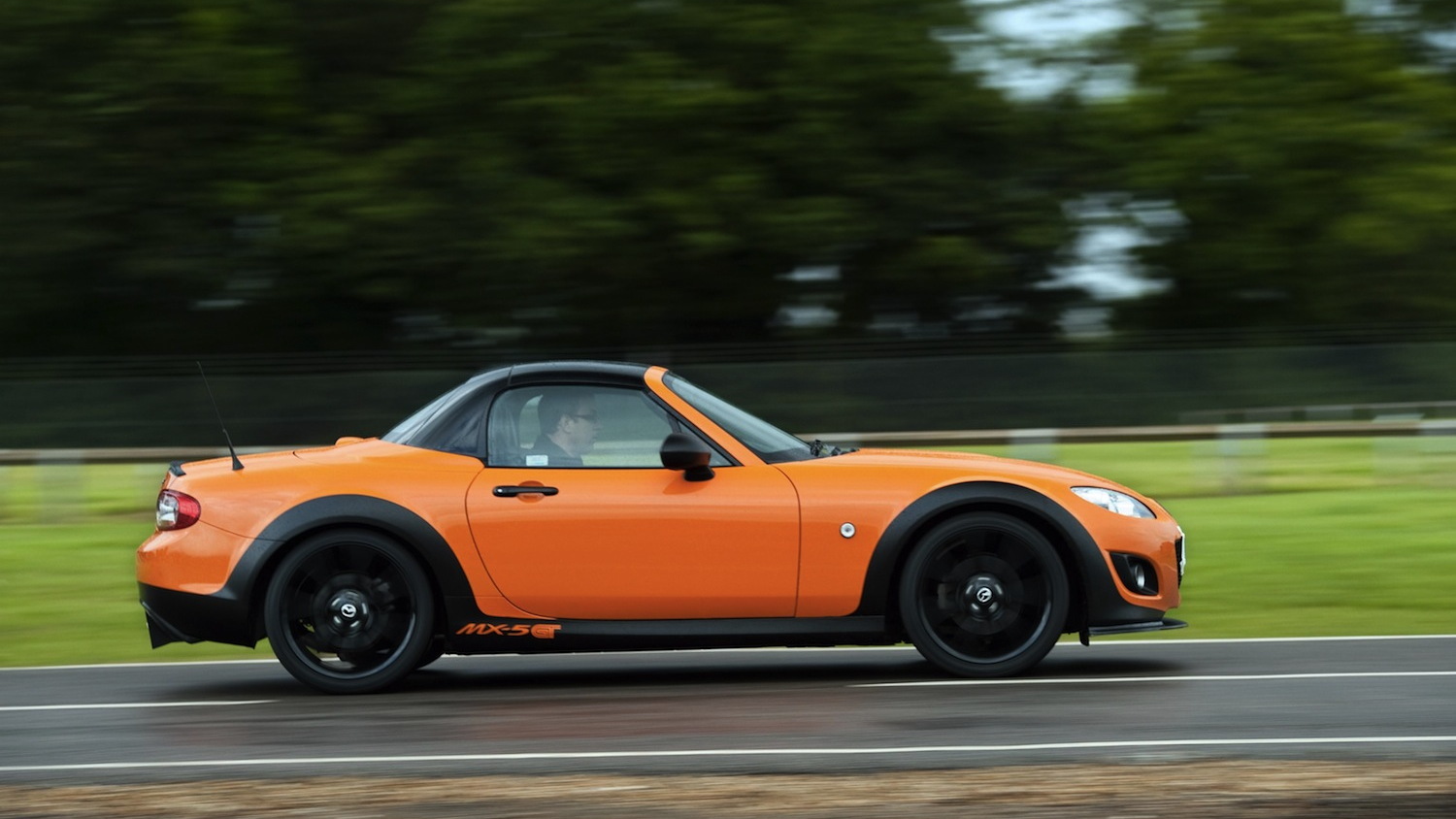 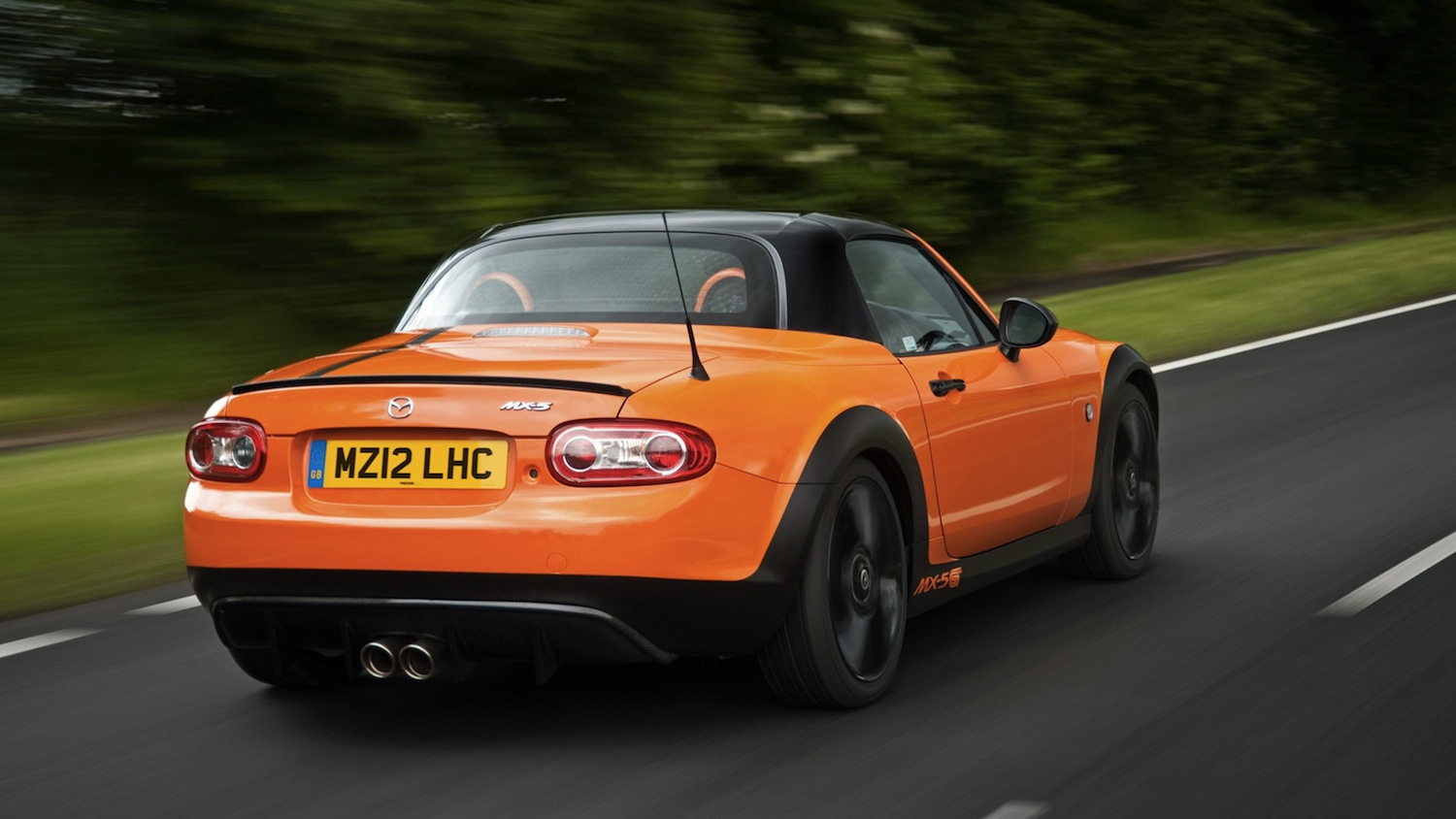 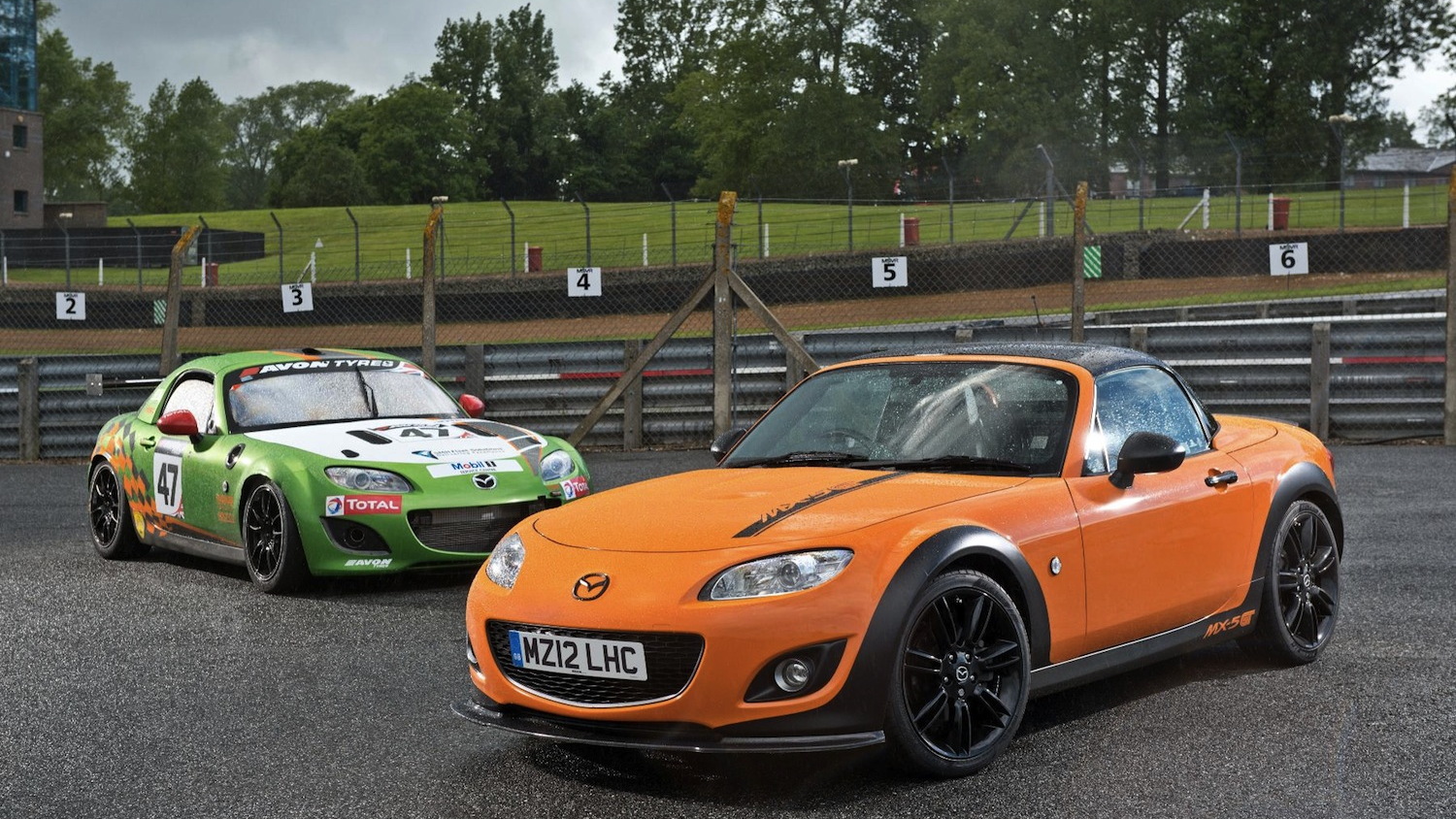 4
photos
Detractors of Mazda's evergreen MX-5 sports car often come back to one point: It just doesn't have enough power.

Fans of the car would disagree, but we're sure nobody will complain at the news, via Auto Express, that Mazda's MX-5 GT concept is set for production. The car, developed by race engineers JOTA in the U.K., enjoyed a popular reception during this summer's Goodwood Festival of Speed, prompting Mazda to announce the package as an upgrade.

The bright orange roadster is a real old-school performance car. Tuning for the concept was largely handled via traditional means--the 2.0-liter four-cylinder granted hotter exhaust cams and a freer-flowing exhaust system. A reprogrammed ECU was also part of the deal, raising power from 157 horsepower in the standard car to a Subaru BRZ and Scion FR-S-eclipsing 203 horses. The red line has also climbed to a shade under 8,000 rpm.

Styling and suspension upgrades boost the car's visual potential and its corner-carving abilities. It'll carve our a hole in your wallet too though--in the U.K., where the JOTA-developed car is likely to remain, the GT will likely cost $16,000 more than the standard car at a shade under $48,000.

Still, it answers those power criticisms, and may just be the car to placate fans waiting for the next-generation of MX-5 expected by 2015.