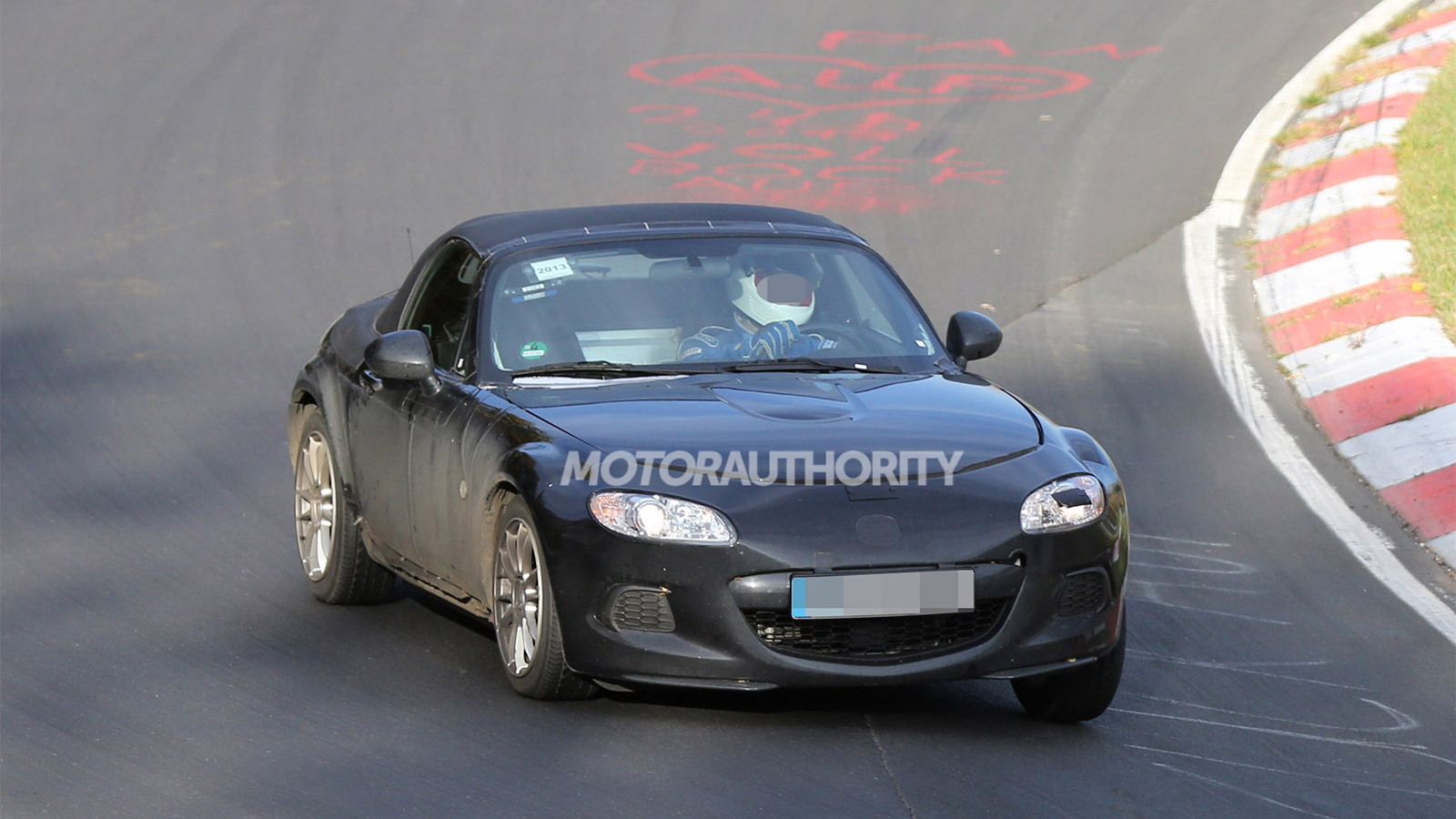 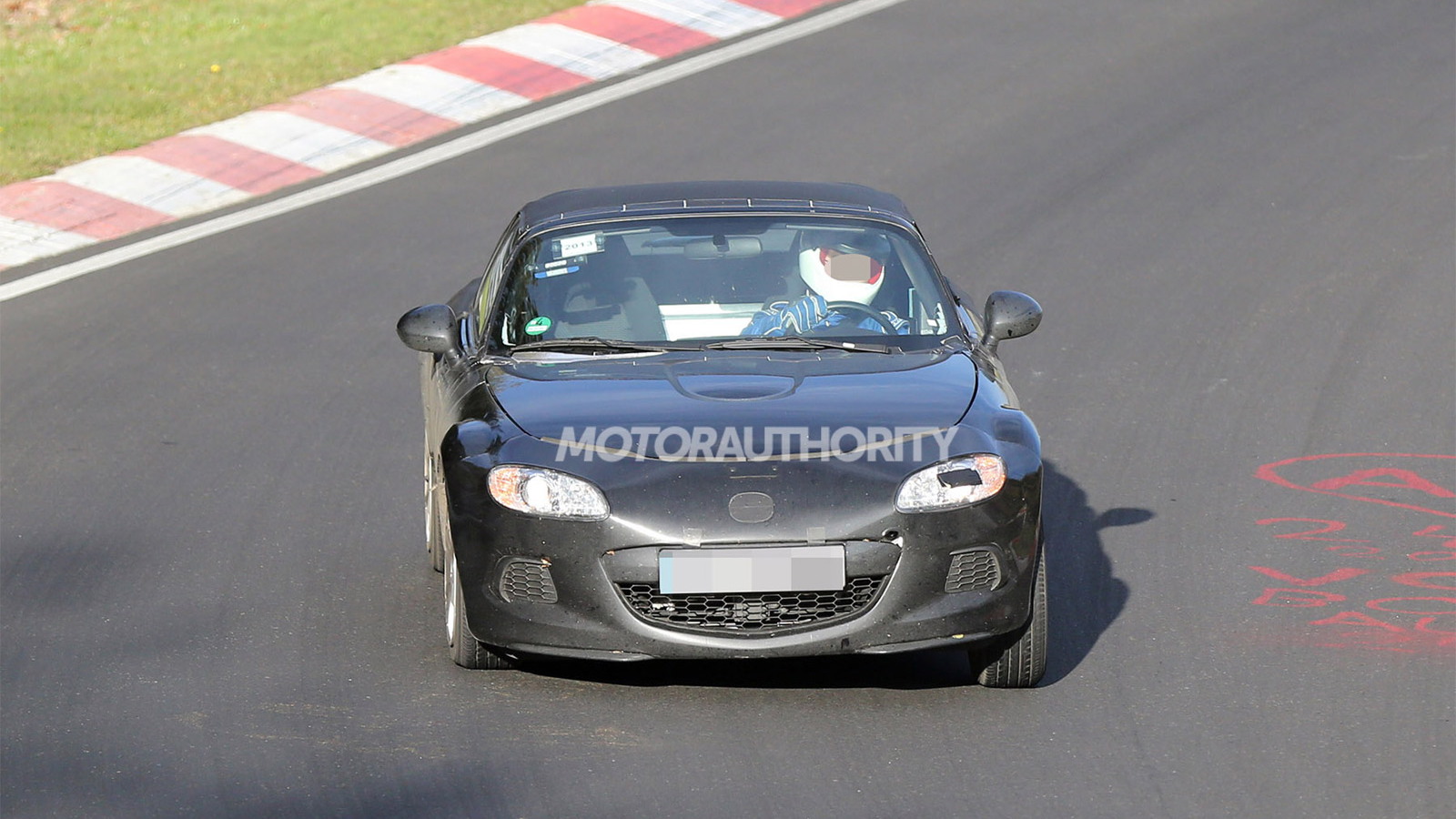 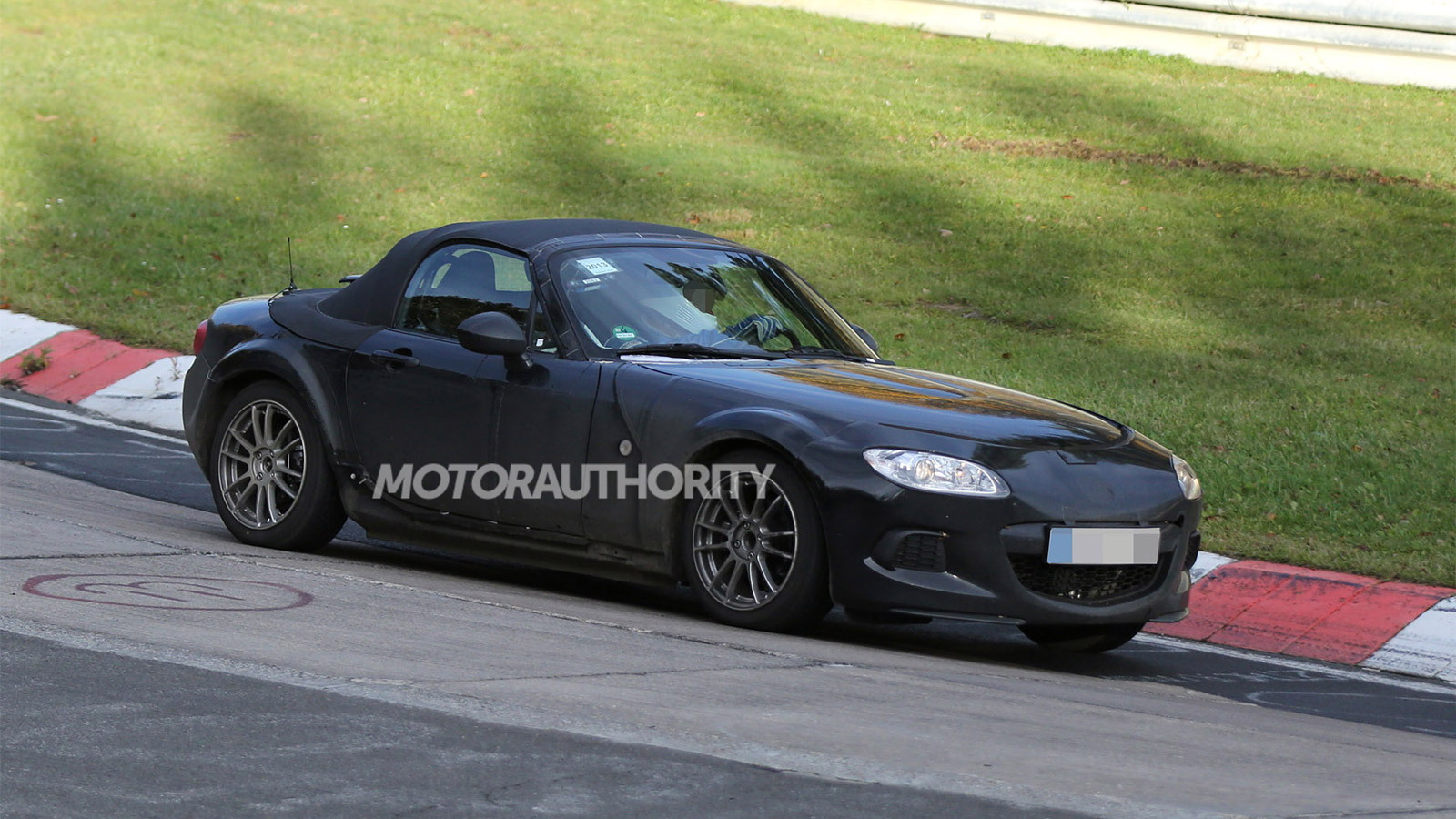 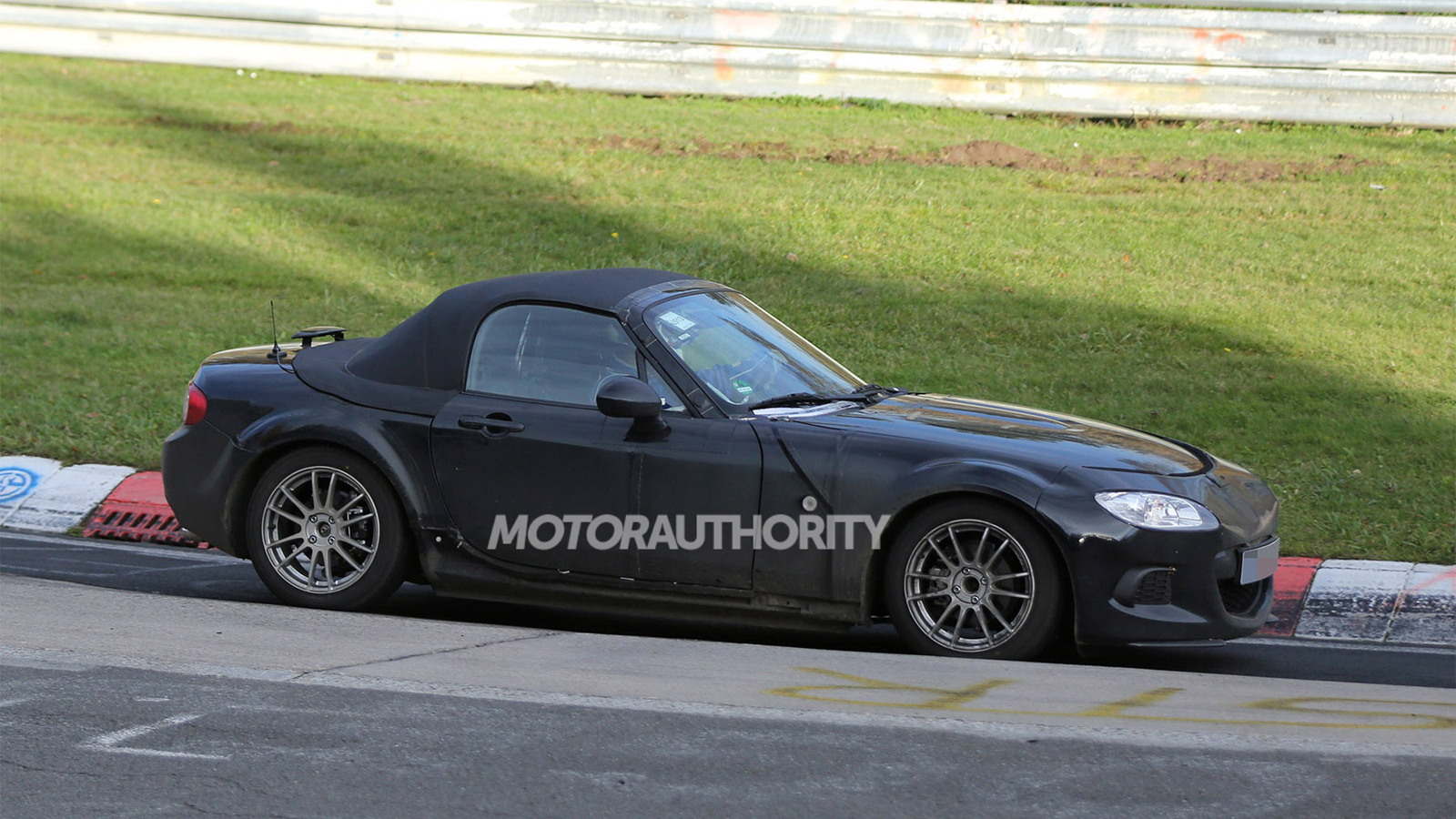 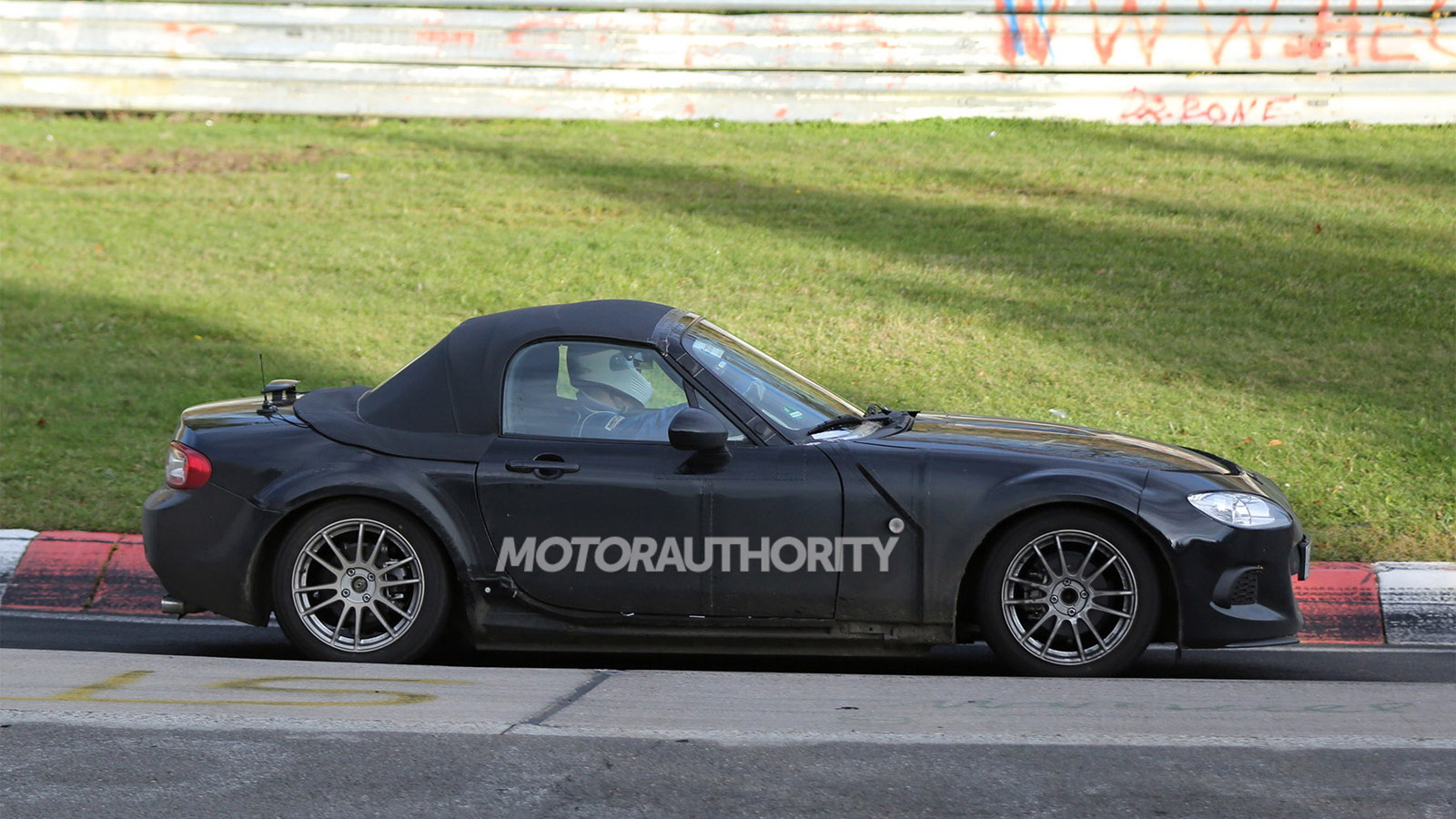 15
photos
Motor Authority's spy photographers have just scored new images of what could be the 2016 Mazda MX-5 Miata, the next-generation of the popular roadster and the basis of a new Alfa Romeo Spider.

Wearing a current-generation MX-5 body, the mule has bodywork add-ons that suggest the future hard points of the next-generation two-seater.

Spies report that the car's front overhang seems to have grown, possibly to meet tougher European pedestrian-safety standards. They note the wheelbase appears to be longer than today's car as well.

Given Mazda's emphasis on weight reduction on its current lineup--from the Mazda 3 compact car to the Mazda 6 mid-size sedan--we expect similar measures to keep a tight rein on the new MX-5's curb weight, too.

As for performance, there is no solid information, though earlier reports suggested a turbocharged 1.3-liter four-cylinder engine could be the powerplant for Mazda's model. The Alfa will likely feature a version of the 1.75-liter turbo four found in the 4C.

The new MX-5 will enter production early next year and will hopefully be in showrooms by the fall of that year.

Stay tuned for updates as development of both cars progresses.