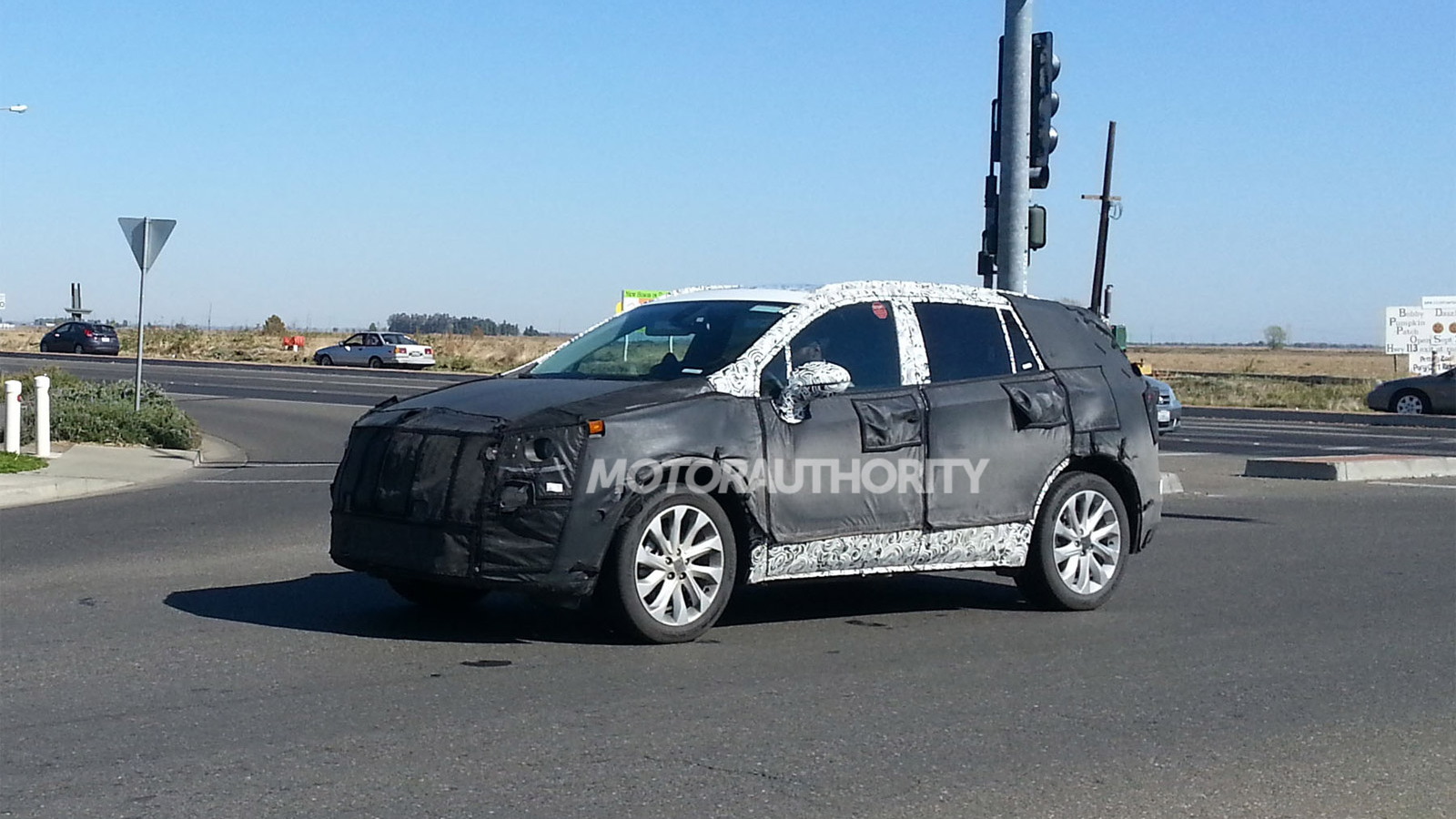 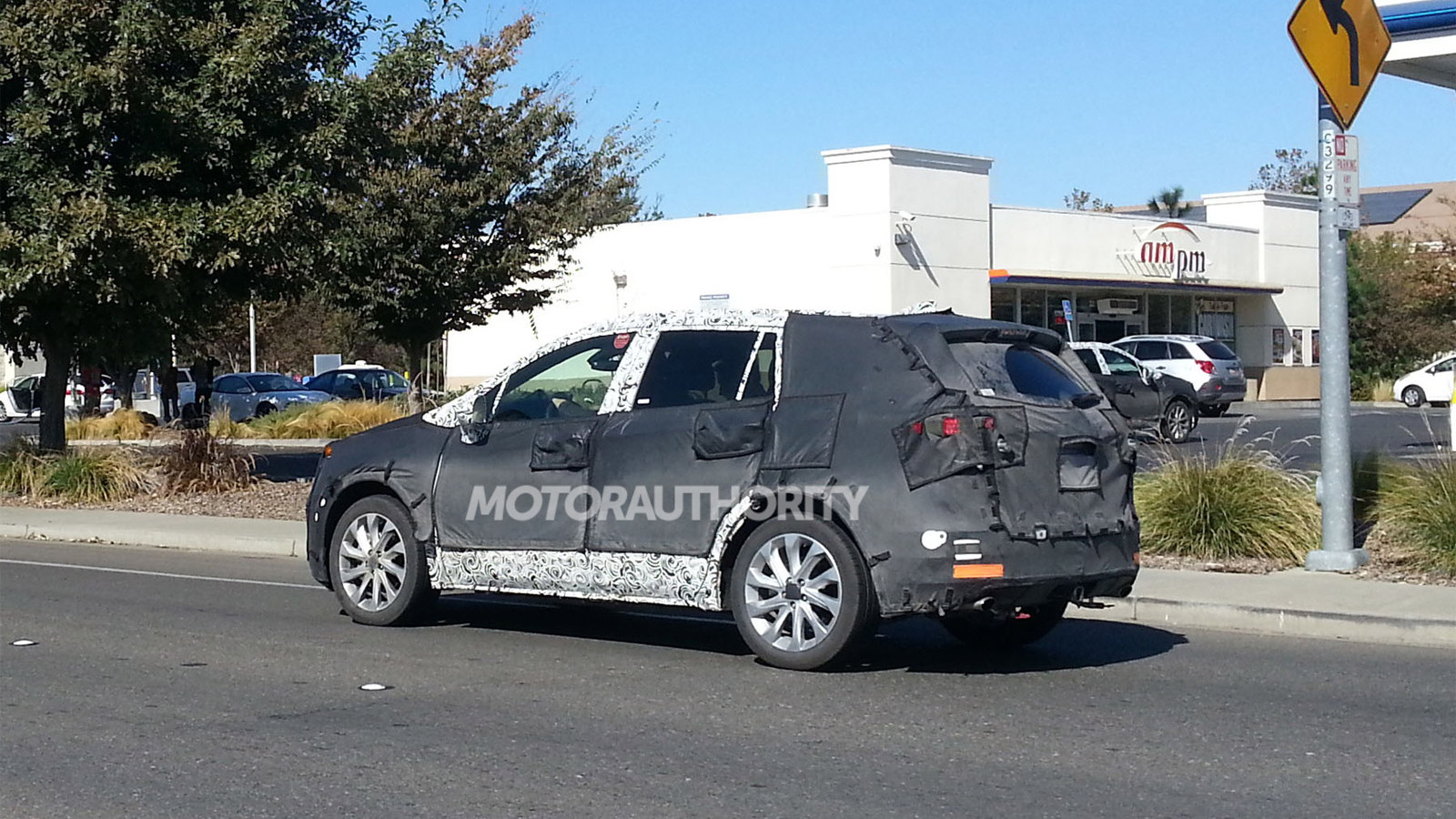 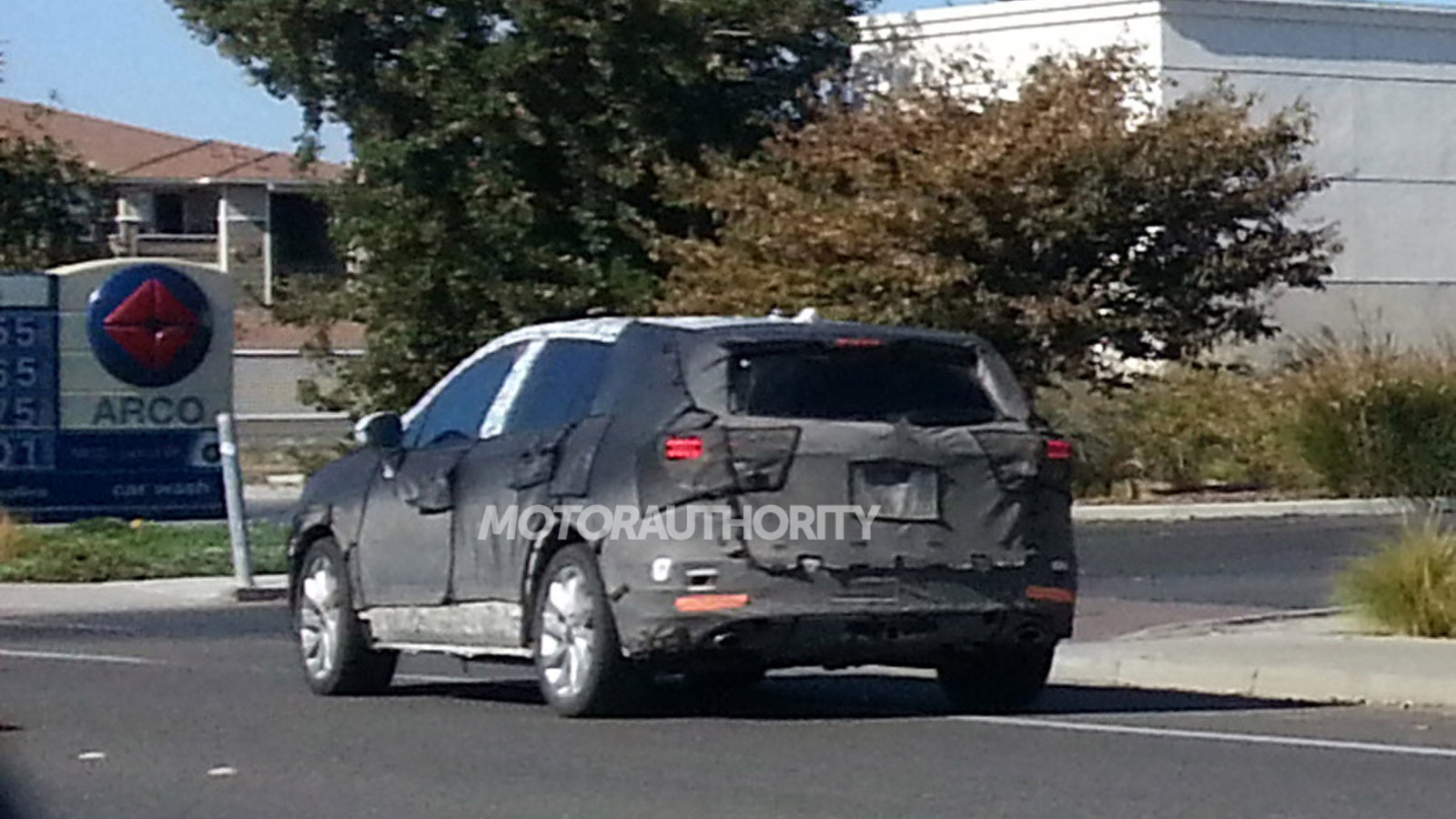 Buick is working on a new crossover designed to squeeze in between its compact Encore and larger Enclave. The vehicle is tipped to be called the Anthem and was previewed in 2011 by the Buick Envision concept.

Today we have our first spy shots of a prototype for the new crossover, which we expect to be launched on the market in the second half of next year, as a 2015 model. It will compete against other small crossovers in the premium segment such as the Acura RDX, Infiniti EX and upcoming Lexus NX.

We know this prototype is for a Buick by the signature waterfall grille that can be seen through the camouflage gear. As for the rest of the design, Buick’s Envision concept provides a highly stylized preview. Some styling cues will also likely be borrowed from Buick’s hugely successful Enclave.

Underpinning the vehicle will be an overhauled version of General Motors’ Delta II platform, possibly dubbed D2XX. This new platform will replace both the Delta II car and Theta crossover platforms in the General Motors Company [NYSE:GM] portfolio.

D2XX will spawn everything from hatchbacks to crossovers and will feature in next-generation versions of the Chevrolet Volt and Cadillac ELR extended-range electric cars, as well as in the next Buick Verano, Chevrolet Cruze, Chevrolet Equinox, GMC Terrain and Opel Astra. And we can now add this Buick crossover to that list.

As for engines, expect similar offerings to that found in the Verano. That means a base 2.4-liter unit and a more potent 2.0-liter turbo. An electrified version, possibly with plug-in hybrid technology, may also be offered.

Note, Buick’s new crossover isn’t expected to be a North American exclusive; it should also be sold in China, Buick’s biggest market, and an Opel-badged version is likely to be launched in Europe.