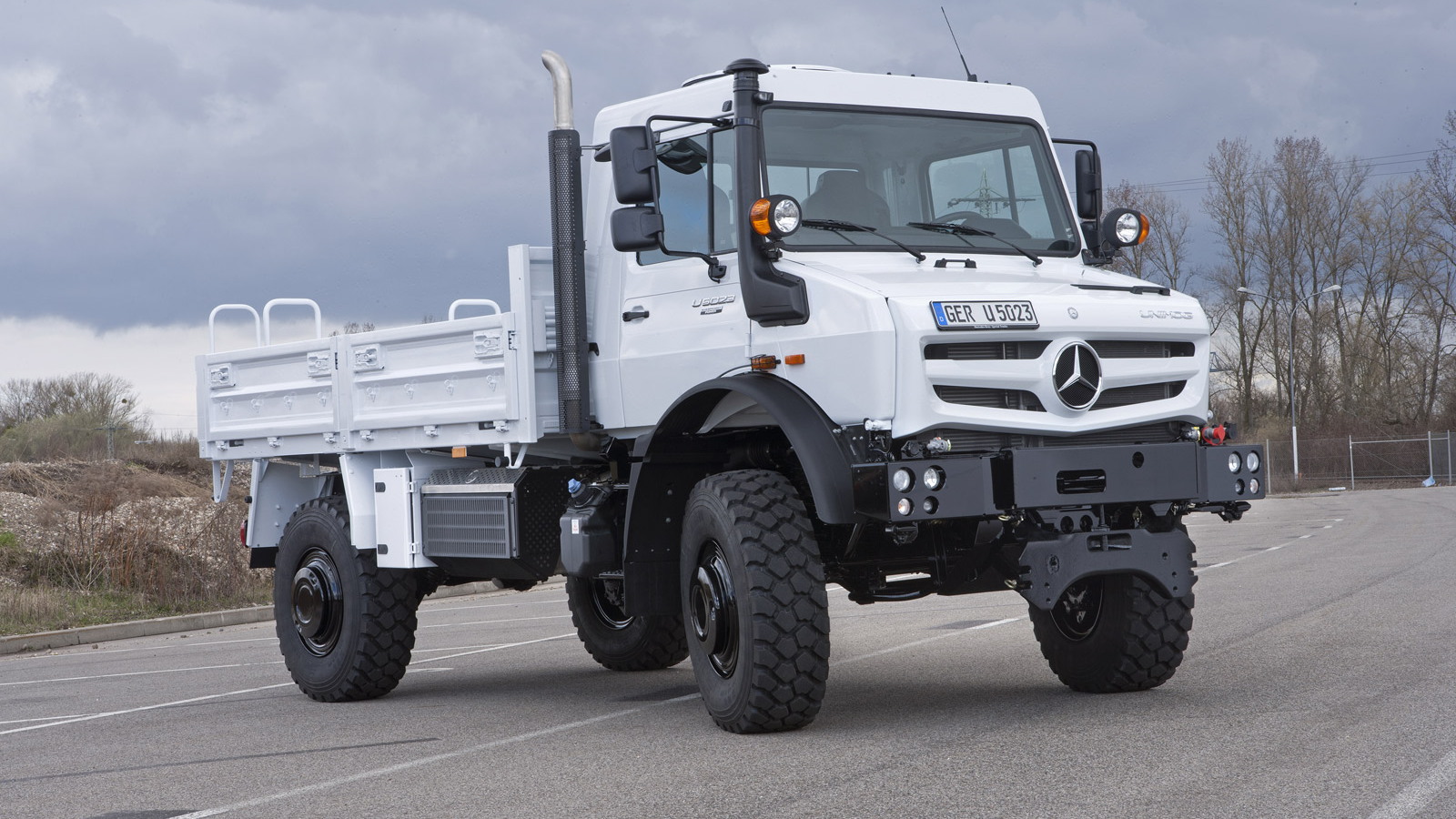 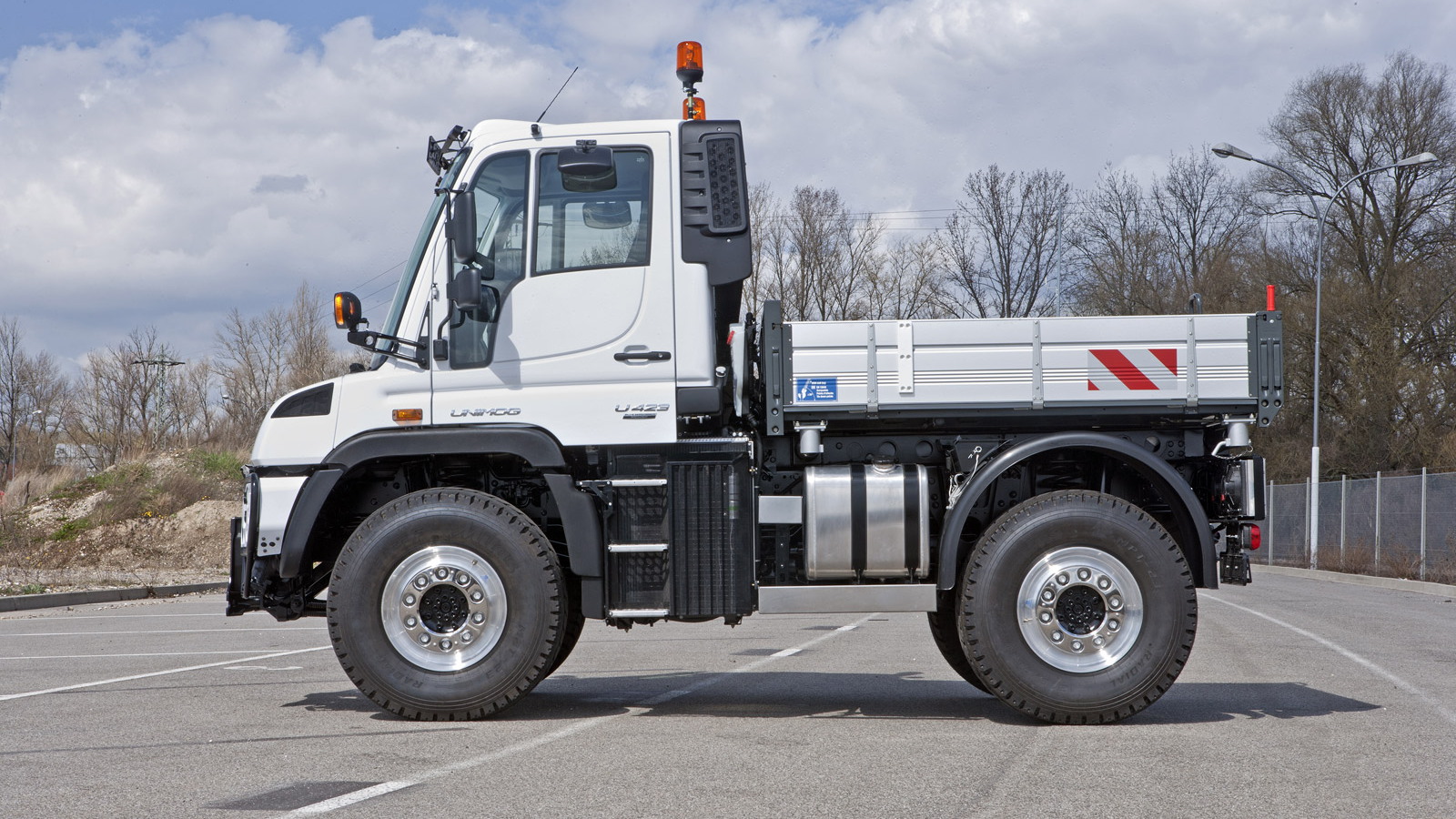 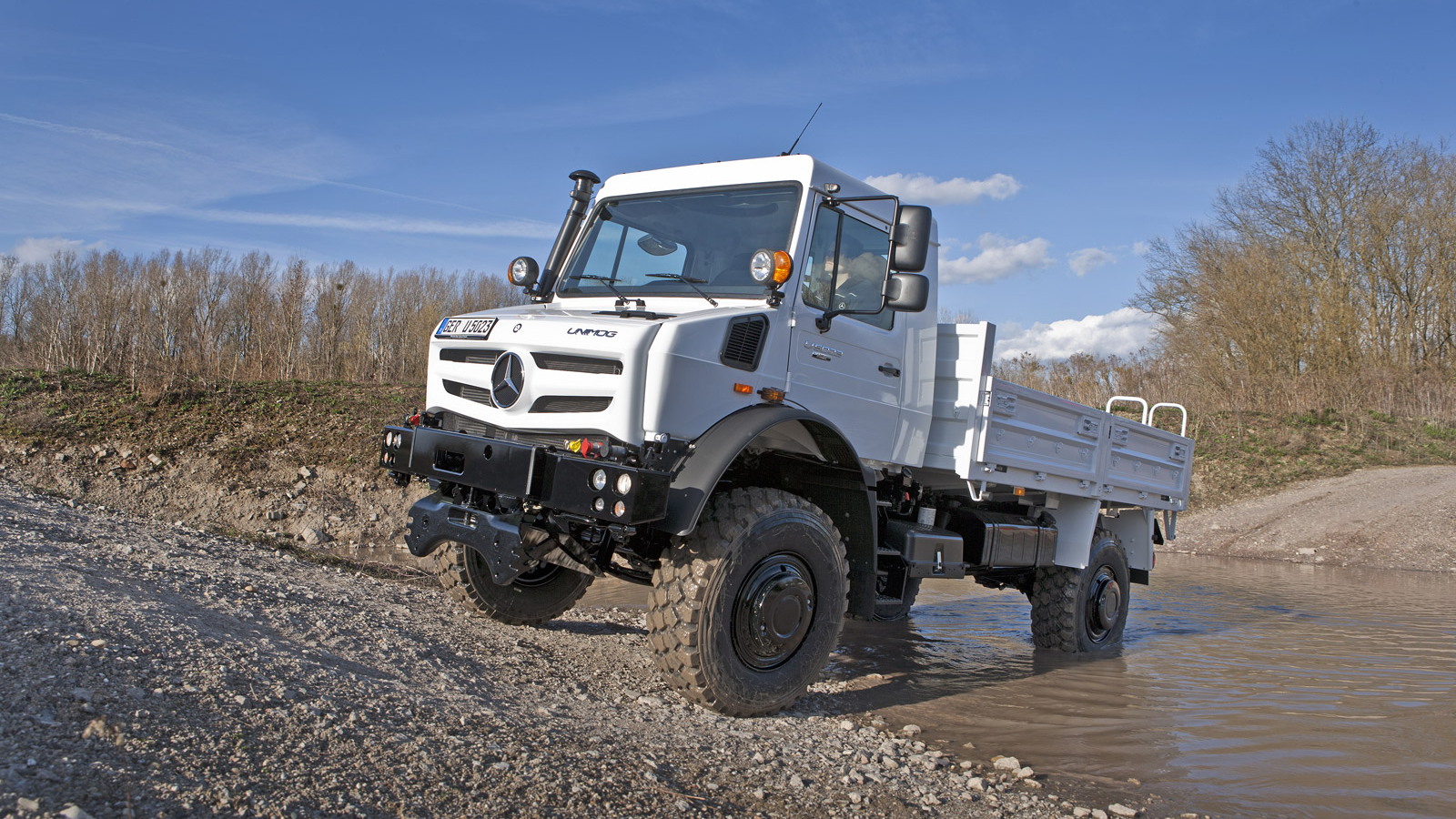 10
photos
If you thought the G Class was the toughest Mercedes-Benz around, it’s clear you’ve never come across a Unimog.

Unimog actually represents a group of heavy-duty commercial vehicles built for the toughest conditions, and the name itself is an acronym for “universal motor device” in German.

Two years ago, Mercedes presented a Unimog concept to celebrate the 60th anniversary of the go-anywhere, industrial brute, as well as preview the future design direction of the vehicle.

Today, the 2013 Unimog range has made its debut, revealing that Mercedes designers have incorporated some of the stylistic features of the previous Unimog concept. In addition, the vehicle also brings more powerful and more fuel efficient engines to the table.

They are all being launched with, amongst other things, a completely redesigned panoramic cab, new work and power hydraulics systems as well as synergetic traction drive that allows changing over from manual transmission to hydrostatic transmission while driving. Most of the changes are aimed at improving efficiency, however, the biggest gains come from new engines.

Two ‘BlueEfficiency’ diesel engines with radically new designs ensure that the Unimog complies with the latest emissions standards, and there are also some gasoline offerings, which bring the total number of Unimog engines to seven.

The most potent is a 7.7-liter straight-six unit that develops 354 horsepower and a massive 885 pound-feet of torque. To minimize emissions, a number of the engines circulate exhaust gases back inside and then pass these gases through a series of filters.

Mercedes' frequent updates to the Unimog ensure that while the design is familiar, the engineering is tough enough to last the years. And while the vehicle isn’t all that popular in the U.S., we know there’s at least one fan out there.