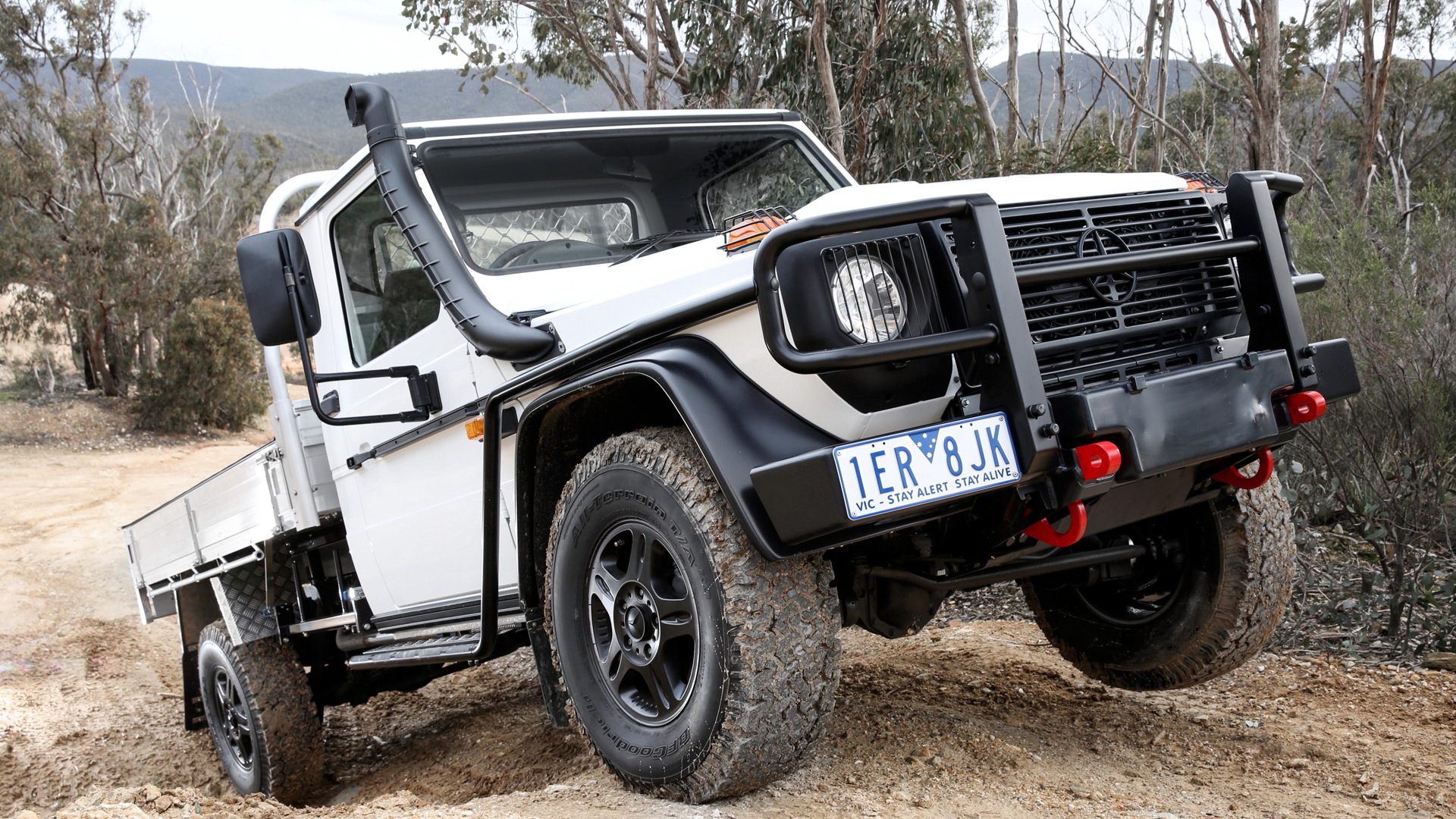 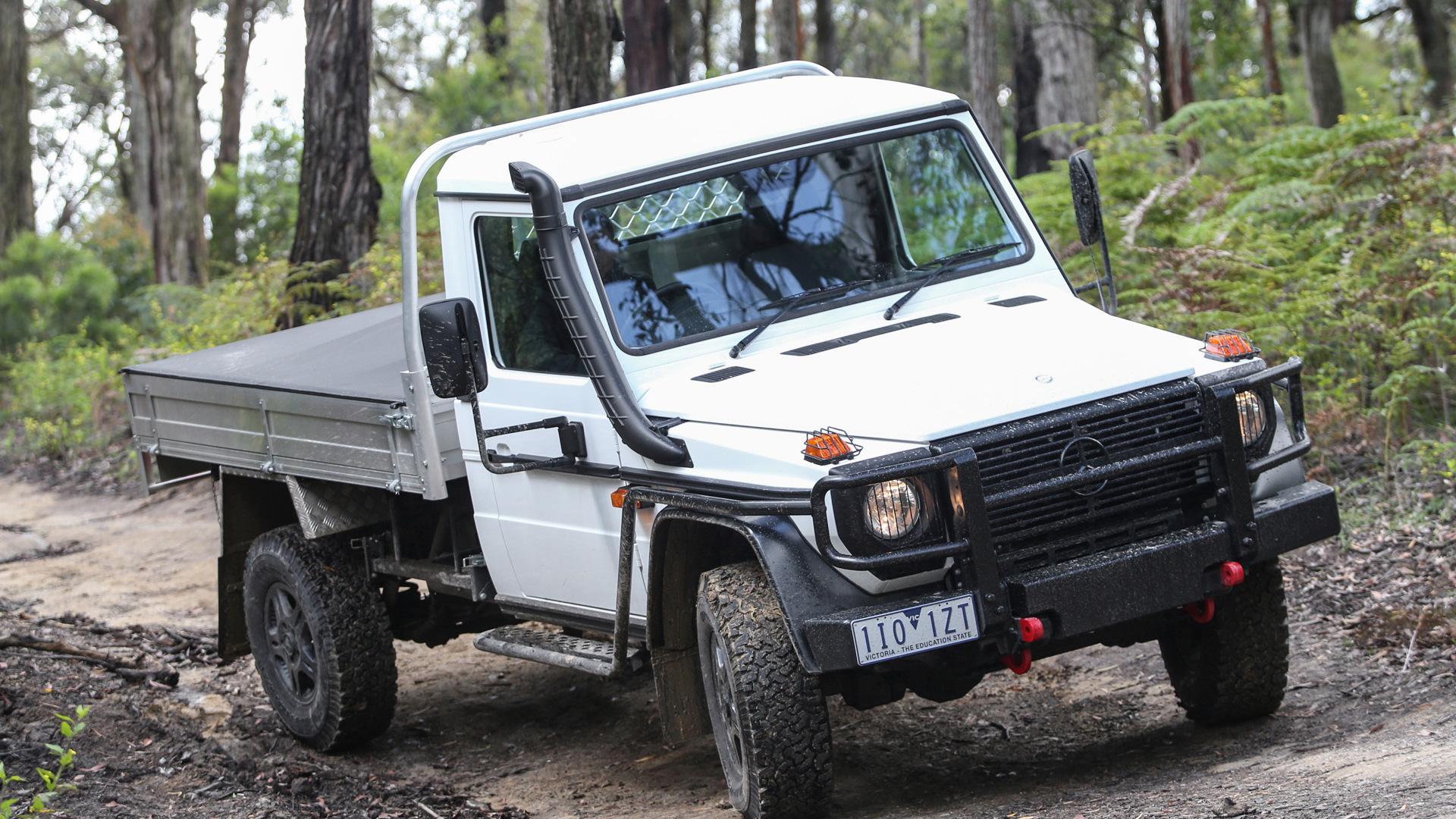 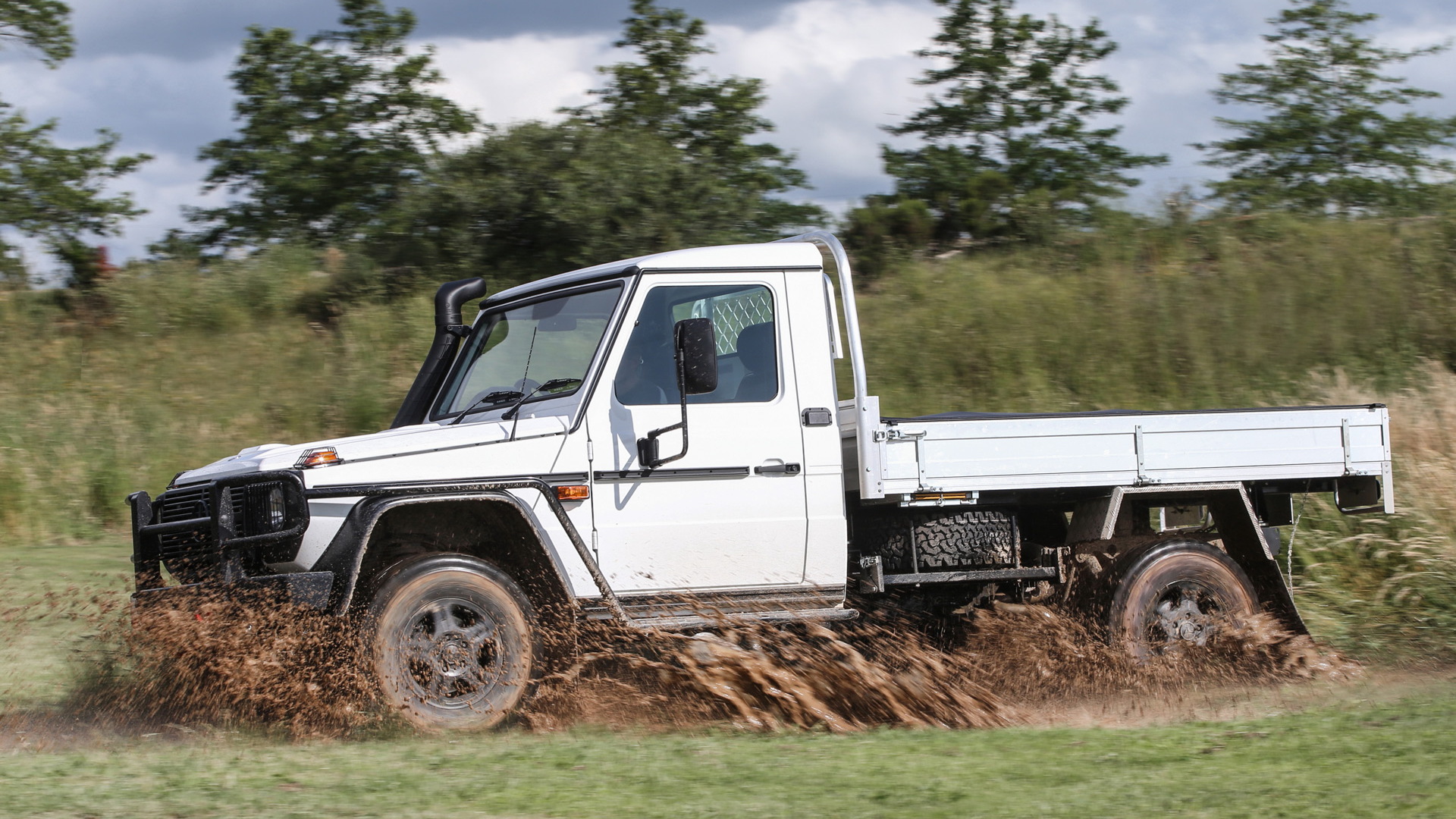 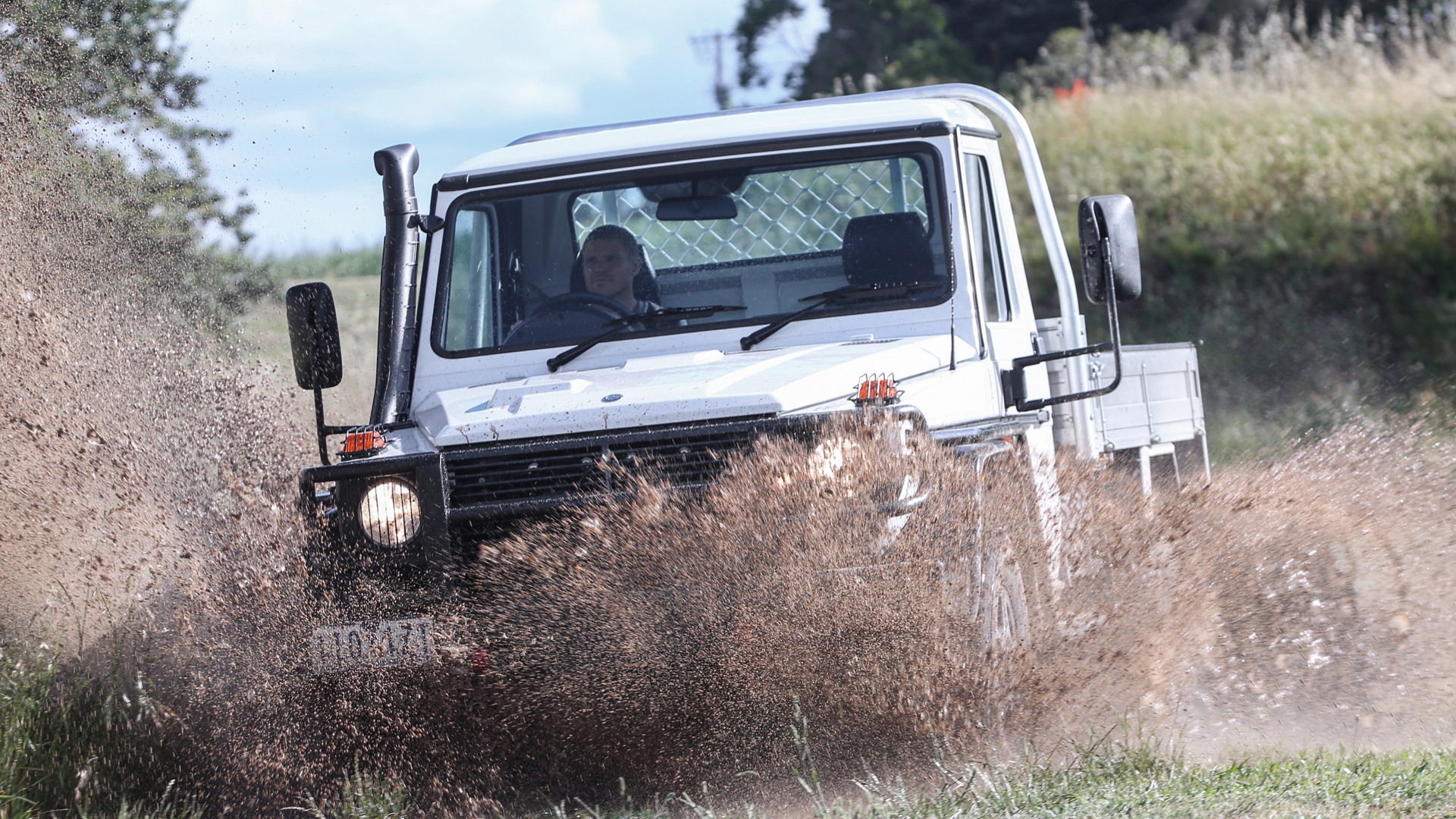 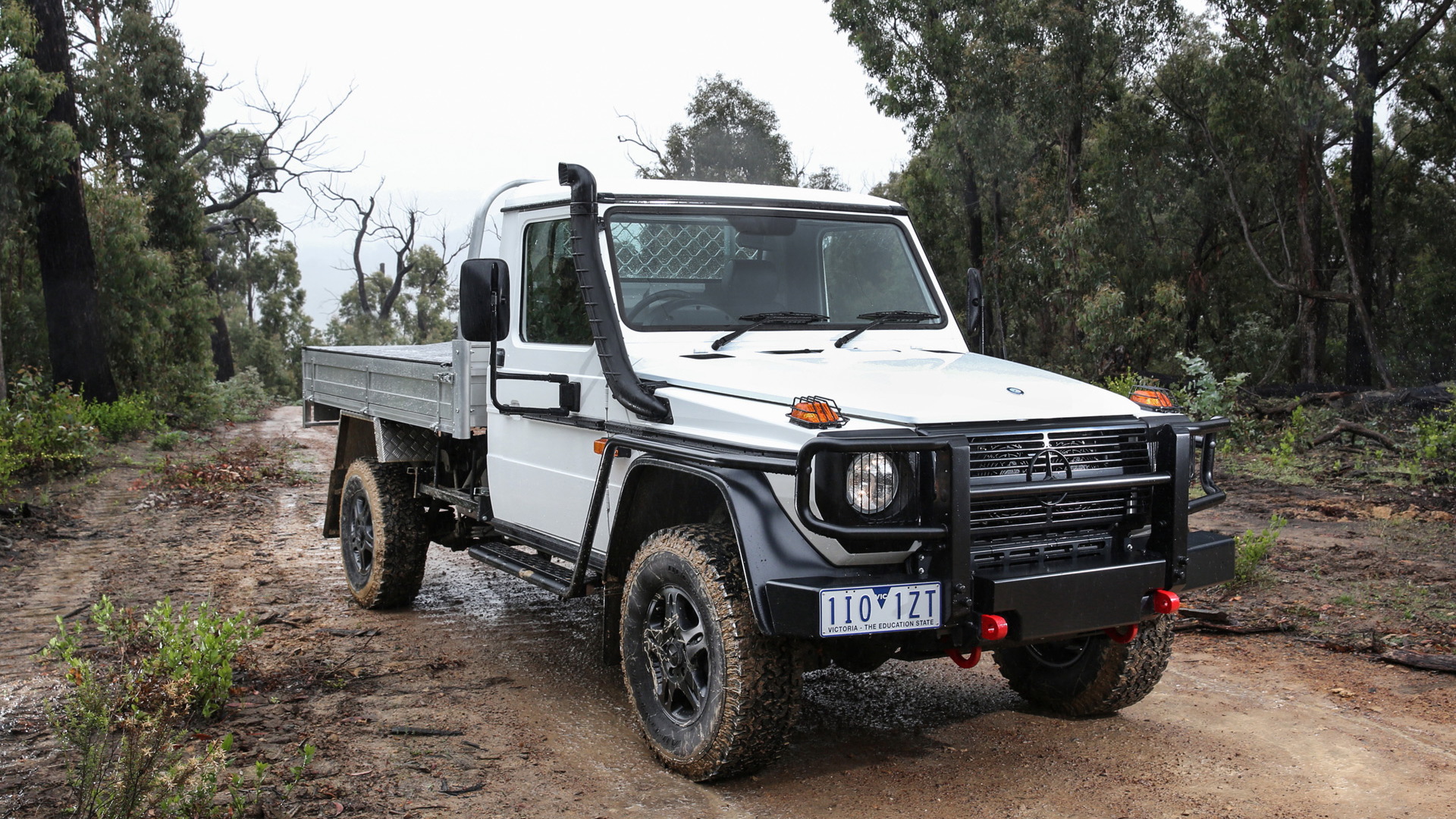 With all of the excitement following October's reveal of the new X-Class concept, it’s easy to forget that Mercedes-Benz already manufacturers a handful of pickup trucks.

Everyone’s well aware of the tough-as-nails Unimog offerings, but if we had our pick we’d go with the much more daily driver friendly G-Class pickup.

Instead of teasing you all the way to the end of the article, we’ll tell you up front that the vehicle isn’t available in the United States. It’s based on the G-Class Professional, which is a decontented commercial version of the G-Class SUV that’s much closer in spec to the original G-Class launched four decades ago.

The exterior is a bit boxier, the available engines are torquey diesels, and the chassis, including the four-wheel-drive system, is reinforced but misses out on many of the modern electronic systems fitted to the luxury-oriented G-Class SUVs we get here. The interior is also much more utilitarian. These are all good things because away from civilization, you want things to be tough and as easy to maintain as possible.

The G-Class Professional pickup is sold as a cab chassis. Its standard powertrain is a turbocharged 3.0-liter V-6 diesel delivering 181 horsepower and 295 pound-feet of torque. This is mated to a 5-speed automatic transmission and a permanent all-wheel-drive system with a 50:50 front-rear split. There is also a dual-speed transfer case and differential locks at the front, rear and center.

The ground clearance is 9.6 inches and the vehicle’s approach and departure angles are 38 and 35 degrees, respectively. The breakover angle is 22 degrees. The maximum fording depth is a bit over 25 in and the maximum recommended payload is 4,596 pounds. Towing capacity, meanwhile, is 4,872 lb.

Inside, the G-Class Professional pickup gets hardwearing material for the seat covers, two water-drain plugs, rubber floor mats, storage boxes under both seats, air-conditioning, and a lockable glovebox. There are also mandatory electronic safety aids such as anti-lock brakes and electronic stability control, the latter of which can be switched off.

Should the zombie apocalypse ever come, the G-Class Professional pickup with a canopy would sure make an awesome bug out vehicle.

Thanks to continuous innovation, Mercedes has made the G-Class nameplate more popular than ever. In 2016, over 20,000 examples have rolled off the line at the plant in Graz, Austria, which is the most in a single year since production of the civilian version started in 1979. With a completely redesigned model just around the corner, we’re sure records will continue to be set in the coming years.