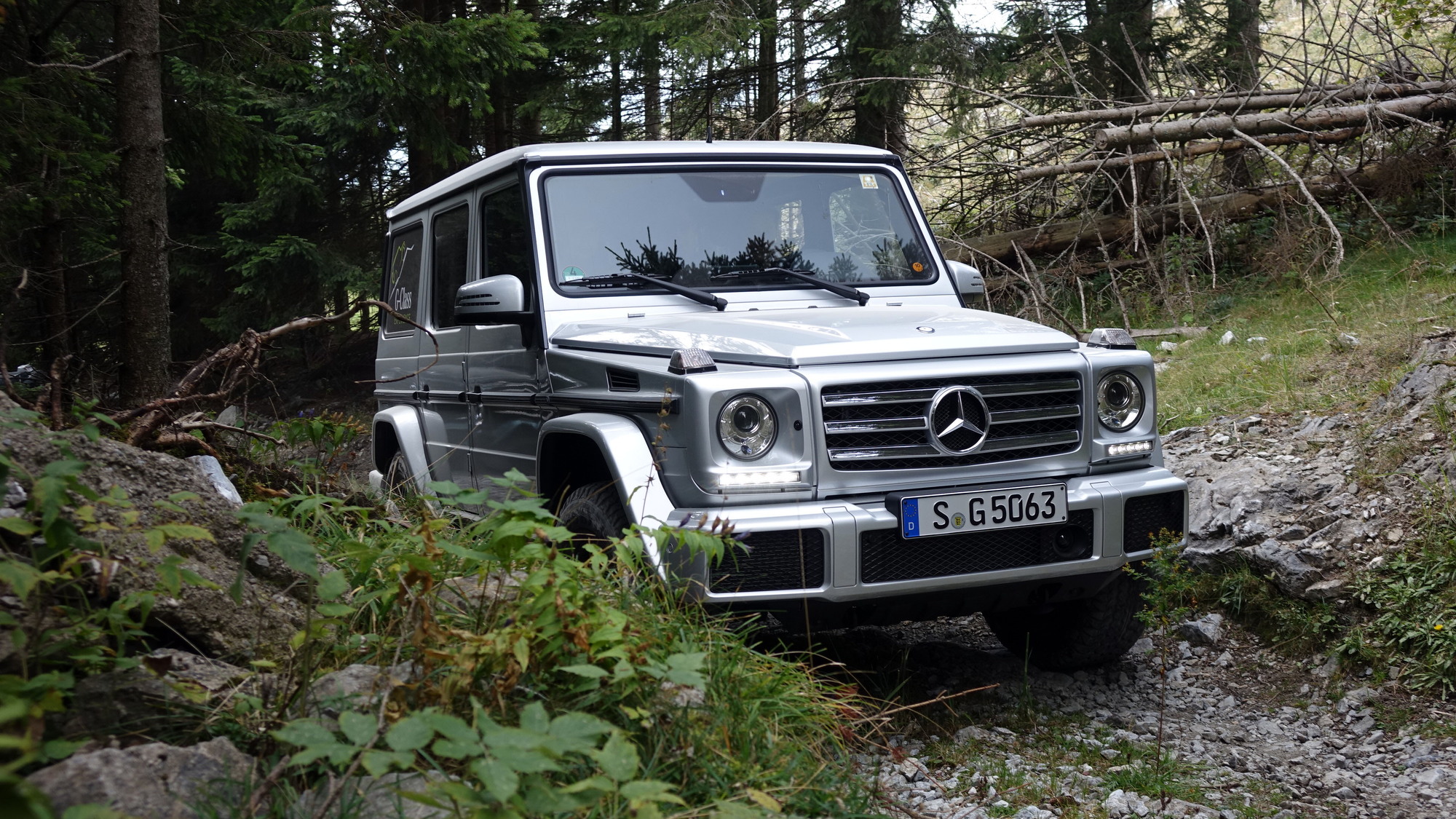 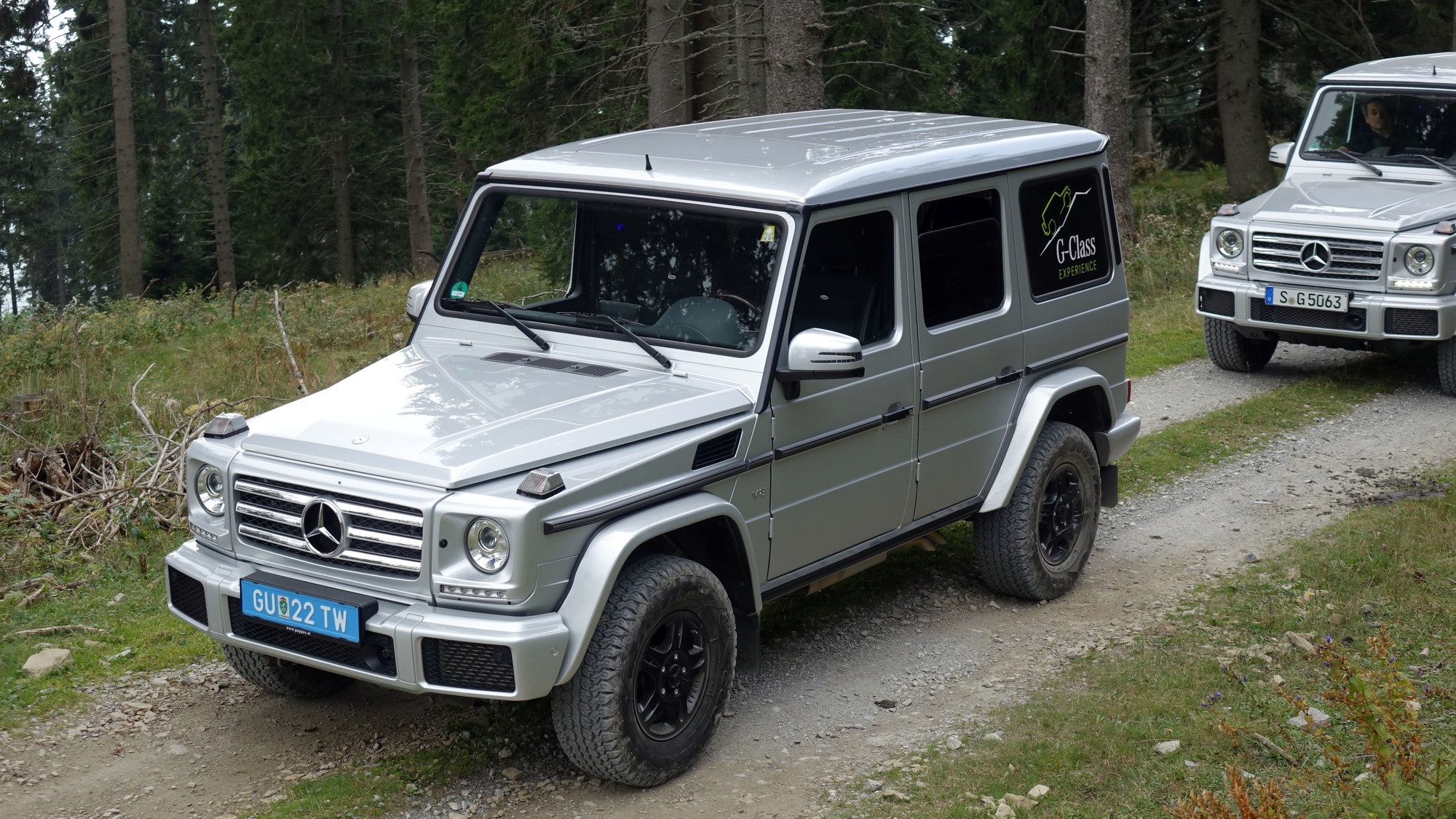 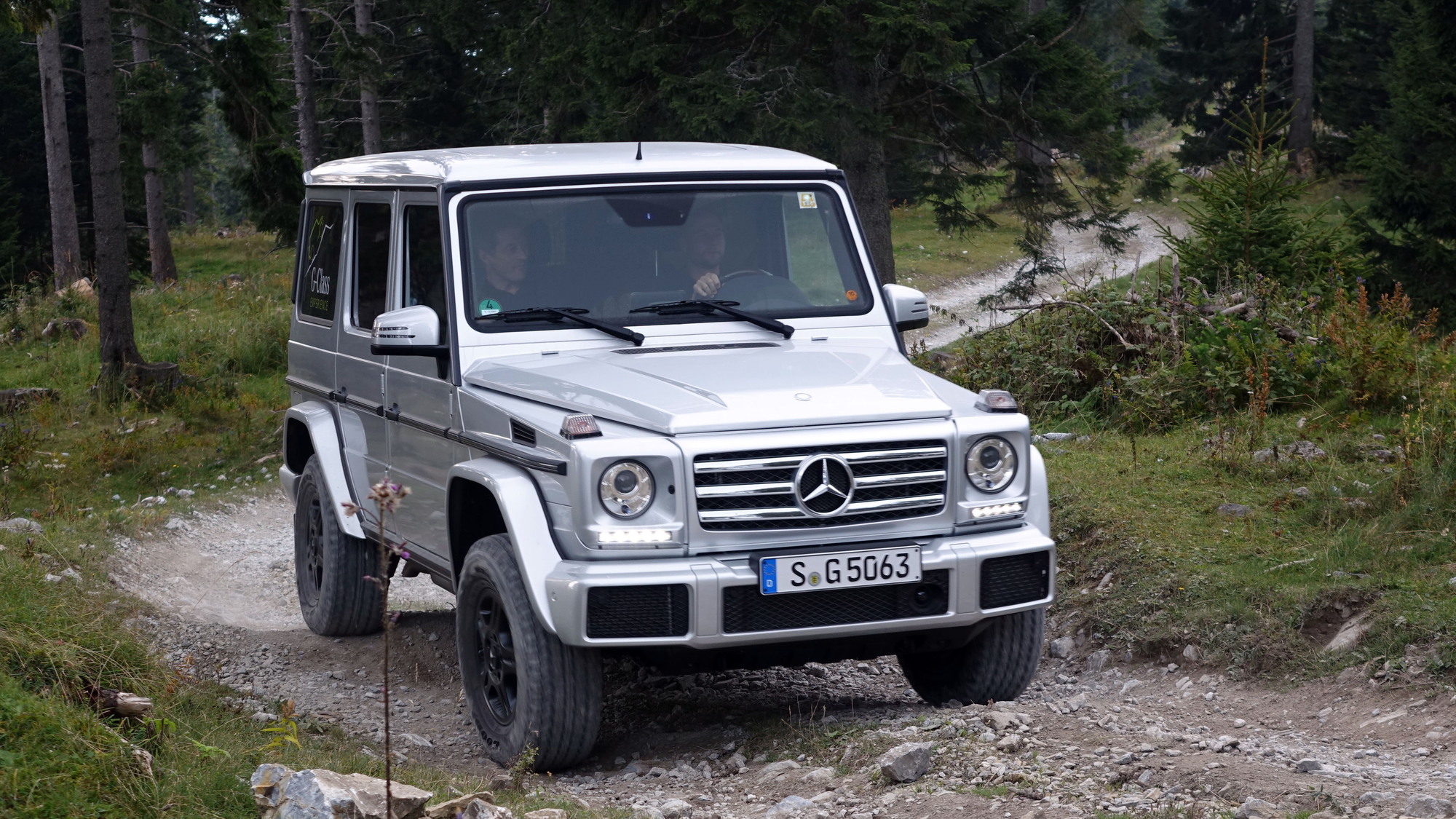 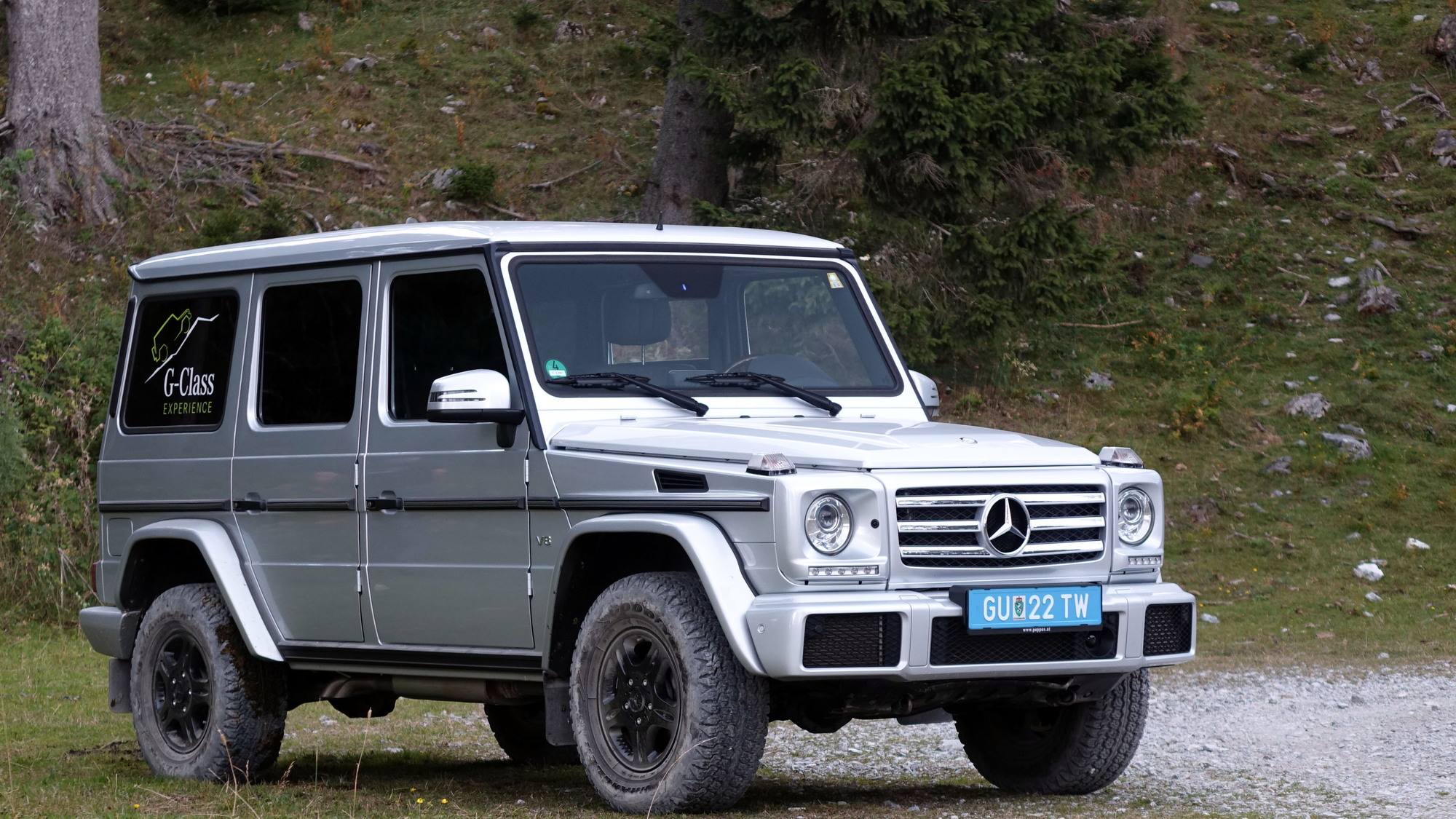 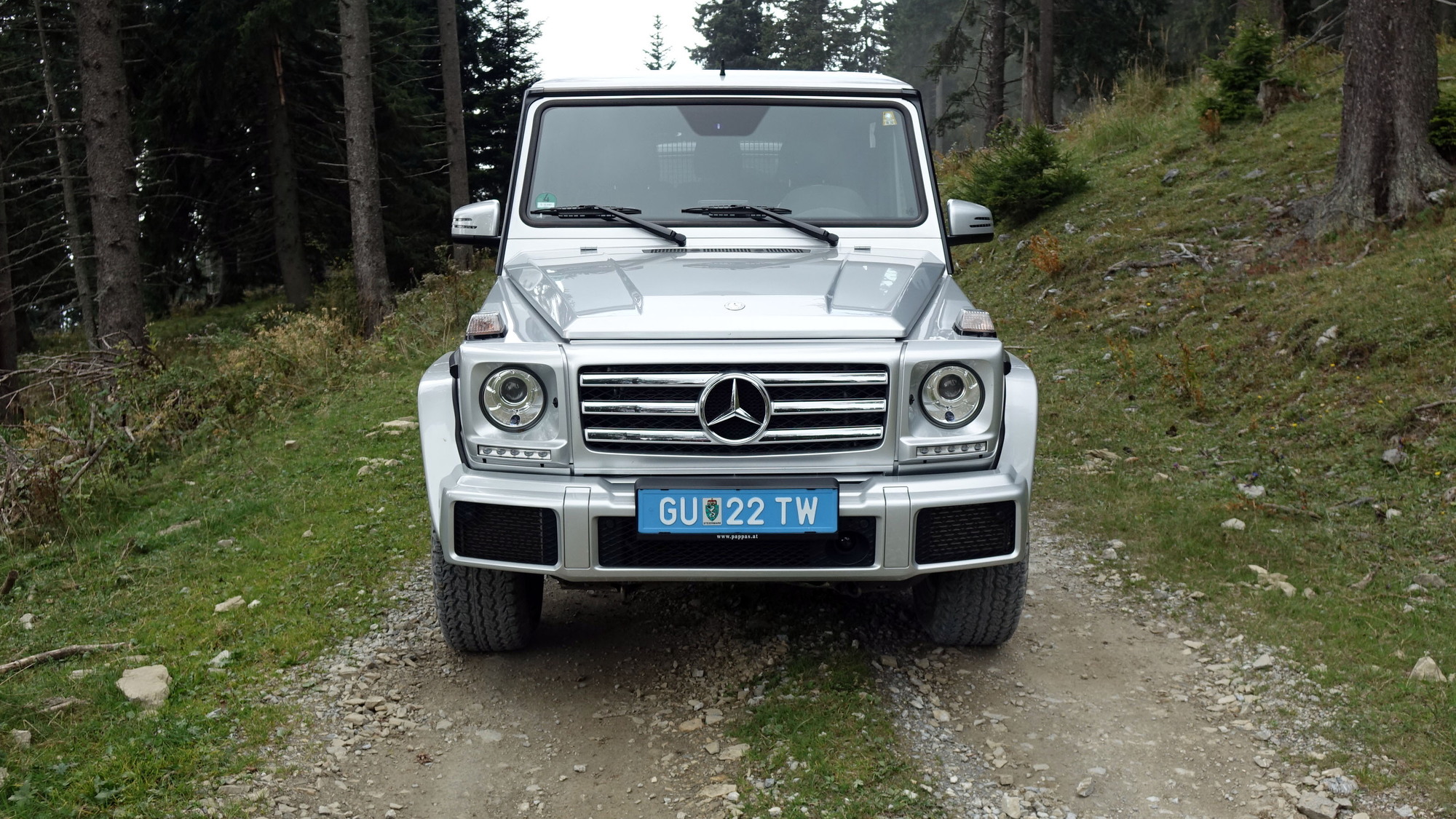 After nearly 40 years, you’d think that Mercedes-Benz would run out of tricks for its G-Class. After all, the company’s box-on-wheels doesn’t look much different today than it did back in 1979, when it first hit the road as a go anywhere, do anything four-by-four.

But the hits keep coming: You will soon be able to buy a G-Wagen, as it’s known to its fans, with a lift kit and military-grade portal axles installed at the factory. And that’s if you missed out on the bonkers 6x6 that, as its name implies, routed 560-plus horsepower from a hand-built AMG engine to six wheels. And just last year, the factory shoehorned a V-12 under the G’s hood to create the G65 AMG.

At this point, we’re waiting for a convertible dually G-Wagen powered by a V-16.

If anything, the G-Class is in the midst of a renaissance, and its Graz, Austria, assembly plant is bursting at the seams.

We traveled to Graz, where the G-Wagen (that’s short for Geländewagen, or “cross country vehicle”) has been largely hand built since 1979, to find out why about 300 people per month in the United States plop down a minimum of $125,000 to experience this distinctly outdated vehicle.

In Graz, the G-Class is assembled on its own production line. In contrast to other vehicle assembly plants, Graz is a relic from the past. Robots are rare and nearly every weld is done by hand. You get the impression that the workers welding the buff G-Wagen together are artisans justifiably proud of the work. The plant isn’t part of Mercedes’ network of factories but is instead run by Magna Steyr, a Canadian firm that also builds some Minis under contract on a decidedly more modern assembly line.

The G-Wagen has called this place home for nearly 40 years, but don’t think of Graz as a factory town that revolves around this boxy SUV. Spotting one on the city’s picturesque cobblestone streets is rare; for the most part, the driving landscape looks like any other medium-size European city.

It’s at Schöckl Mountain, which looms in the distance about 45 minutes from Graz, where Magna Steyr has built a punishing test course that climbs to the summit. Schöckl, engineers told us, is the spiritual home of the G-Wagen. It’s where this big SUV was originally torture tested. It's such an important part of the G's heritage that Mercedes calls the portable metal grates it uses to show off the G's tenacity in rather less mountainous locales "Iron Schöckls."

That's German-Austrian humor for you.

It’s not that the road itself is actually all that challenging, it’s that Mercedes and Magna engineers see a spirited sprint to the top, over sharp limestone rocks, as an essential part of the G’s brand identity. The route is a skid plate-pounding race, something that one seasoned driver told us only takes him about 9 minutes. It took us double that amount of time, and we can’t imagine shaving more than a few seconds off without turning our stomachs into blenders.

Our group set off in a caravan of G-Wagens emblazoned with “G-Class Experience” stickers. The G-Class Experience isn’t a program open to the public, or even to paying customers. Instead, it is reserved for VIPs. Think the kind of people who plunked down $800,000-plus on a 6x6, or perhaps have a couple of AMG GTs and want to augment their Dubai-based fleet with something nicely suited to dune bashing.

The G-Wagen itself is perhaps best experienced in its most pure form: The G550, which utilizes a twin-turbo 4.0-liter V-8 under its hood. Sure, there’s something to be said about how AMG has worked its magic to make the G63 and G65 ferociously fast and gratifyingly grippy, but any discussion of the merits of those models inevitably ends with an explanation of “for what it is, it’s amazing what it can do.”

The G550 only accounts for a slice of American market sales, but it’s the closest relative to the military-spec models we watched roll down the assembly line in Graz in between G63s lined with buttery soft leather and carbon fiber trim.

It’s the G550 that has a decent sidewall and enough suspension travel to make the most of its off-road ability. Every G built today has three differential locks—front, center, and rear. And they’re numbered 1, 2, 3, so that owners don’t inadvertently only lock the front. Activated, they can transfer power to just a single wheel and it is this trio that will help you ascend a mountain at speeds heretofore known only to stunt drivers filming the next 007 flick.

But, you say, the Jeep Wrangler Rubicon offers three differential locks for about a quarter of the G’s price. And it does. And it would, presumably, clamber up to Schöckl's summit similarly unscathed. The Jeep is far less refined—but the $90,000 price difference will buy enough Bose noise-canceling headphones that you can throw out a pair after each ride.

One doesn’t wind up in a G-Wagen because it’s a rational decision, but consumers have proven over and over that logic isn’t usually part of the equation when we’re buying vehicles.

For that, we salute the G-Class, which courts those attracted to absurdity like nothing else.