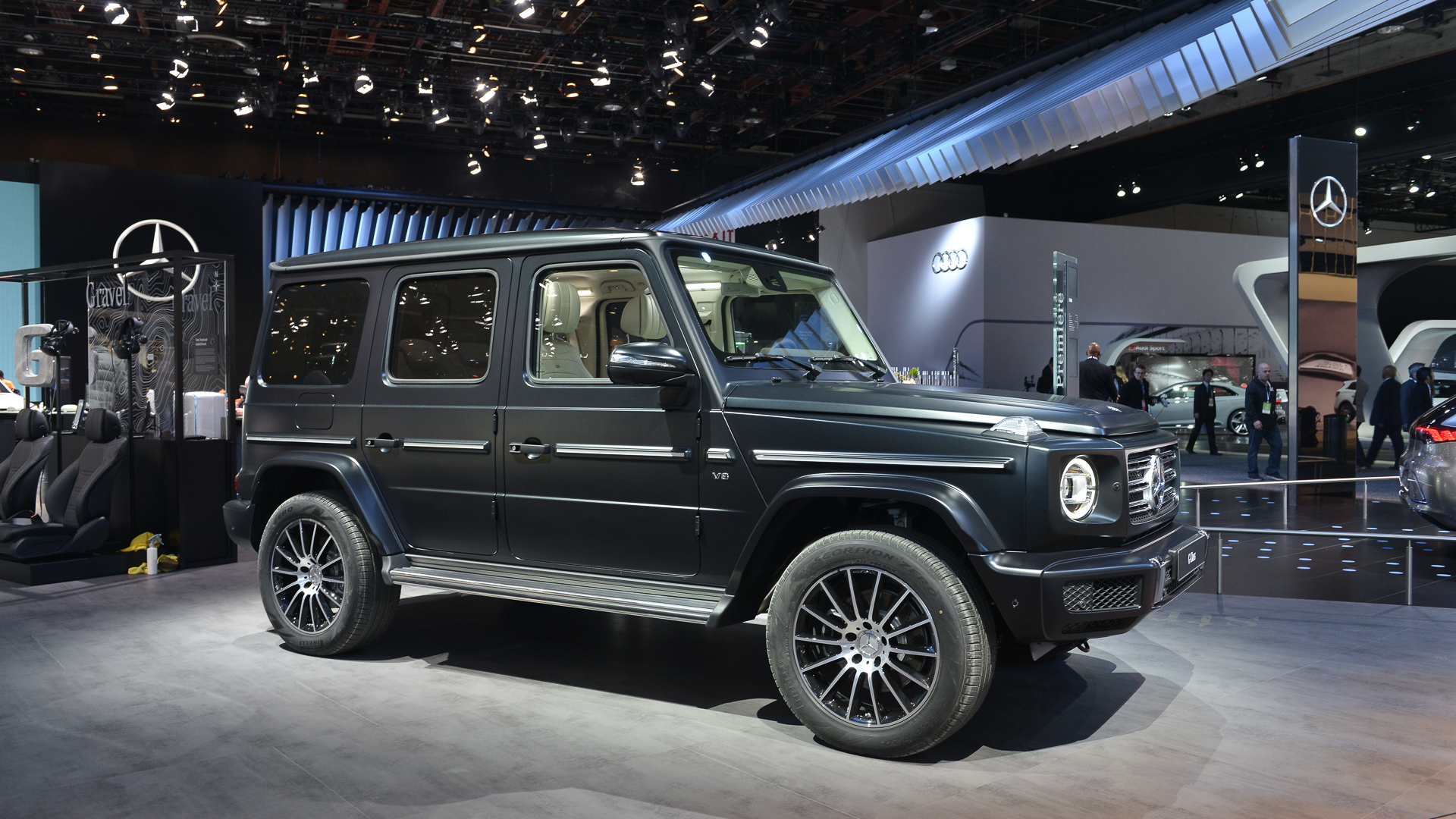 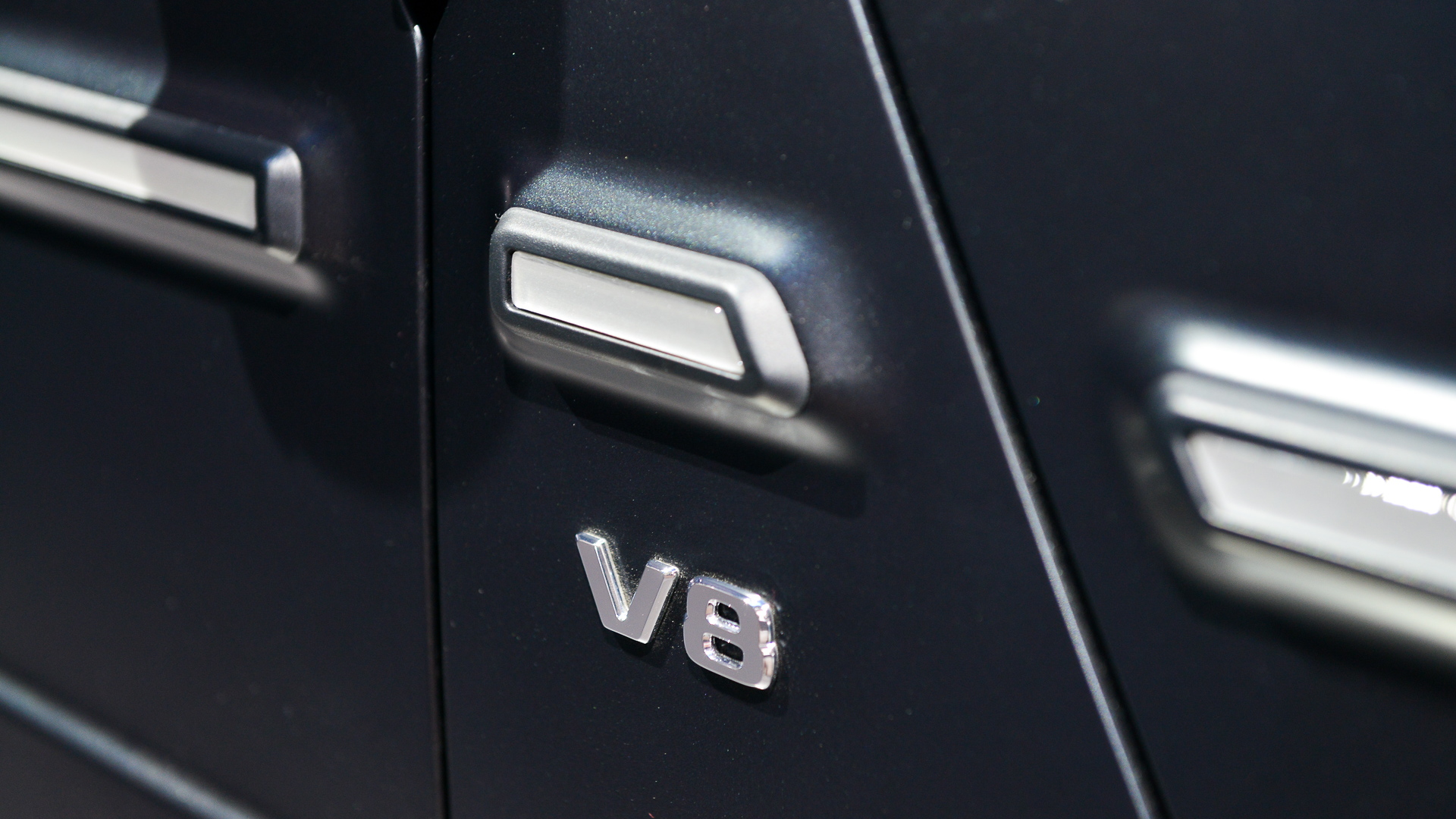 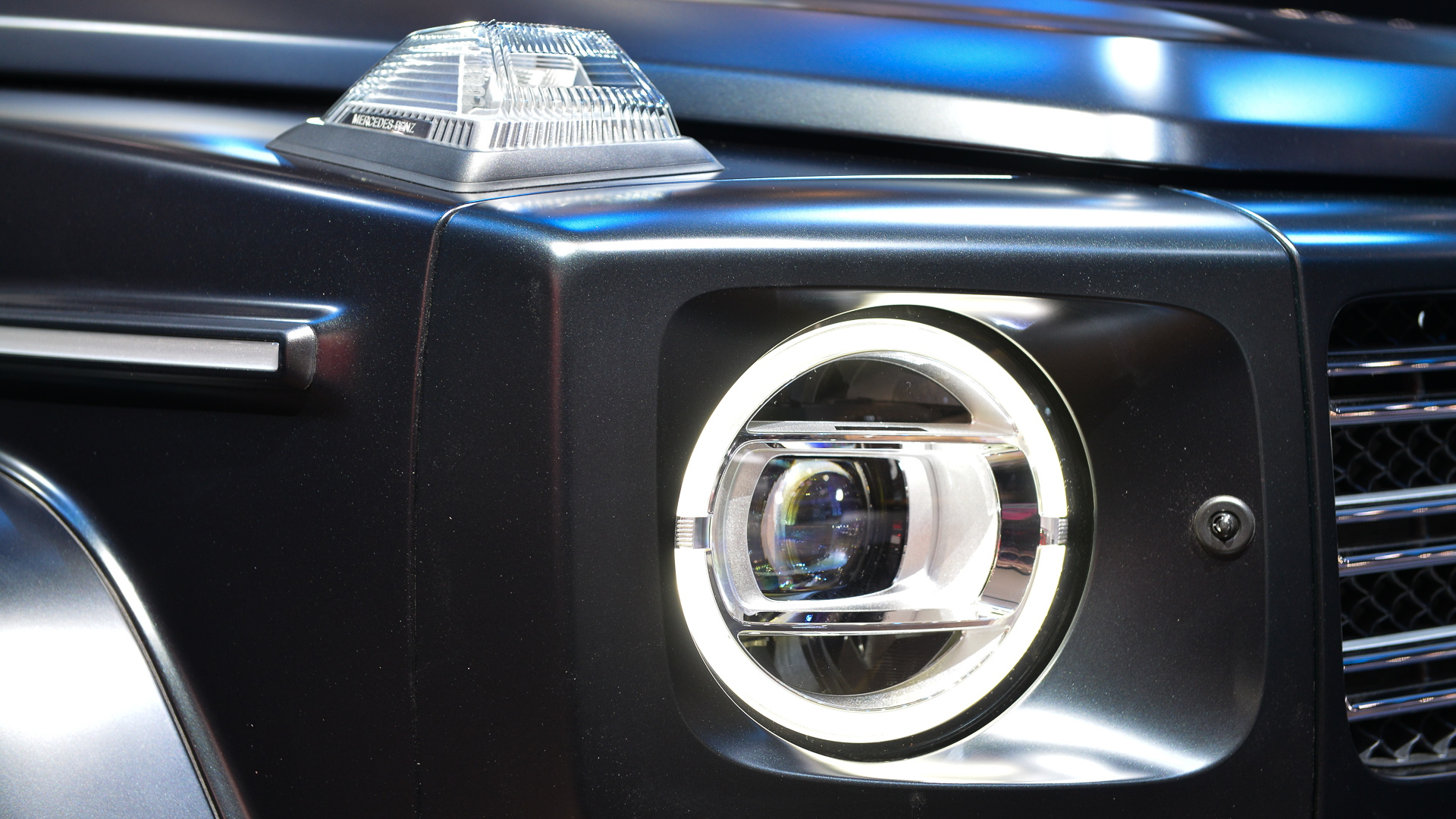 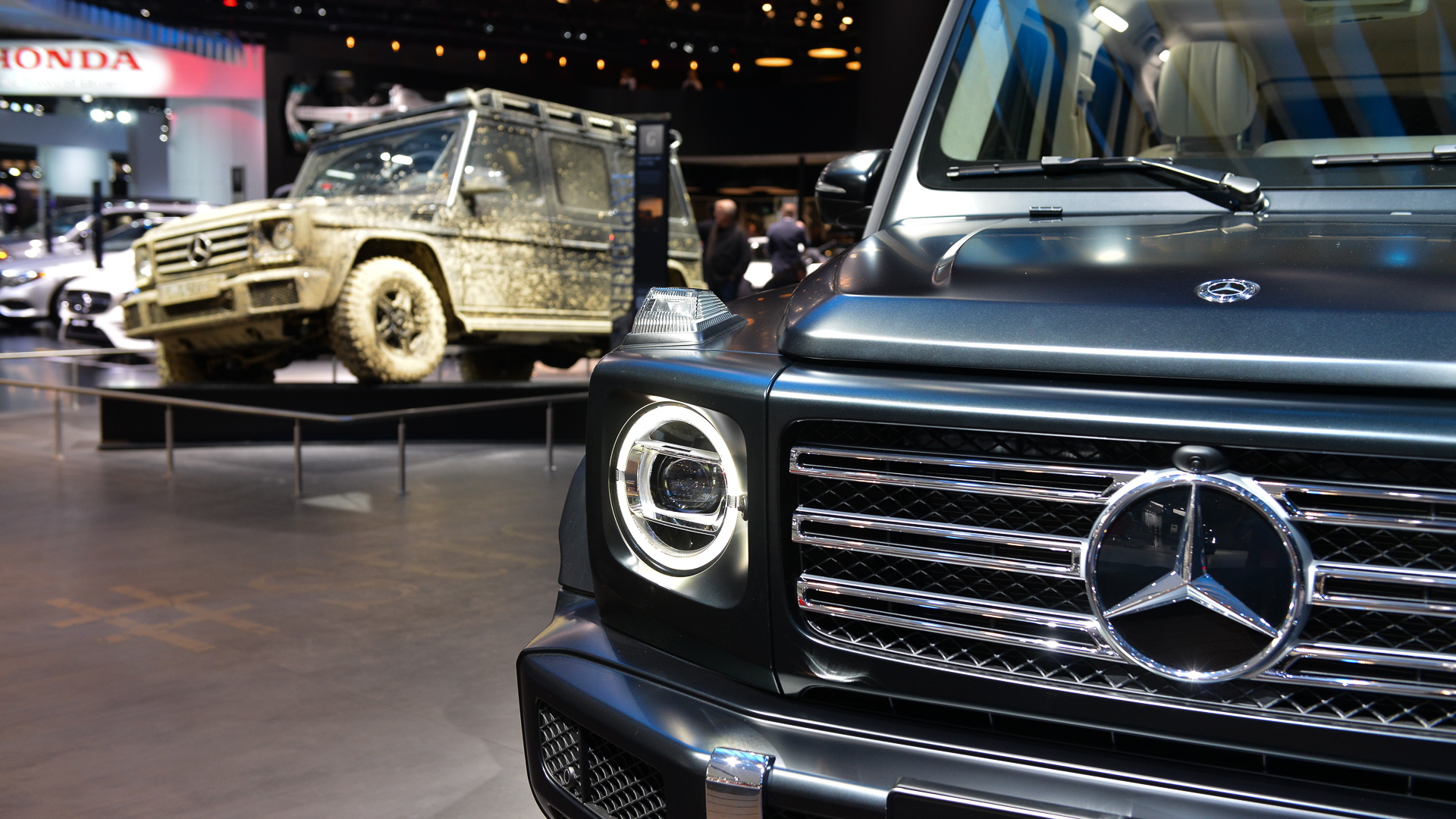 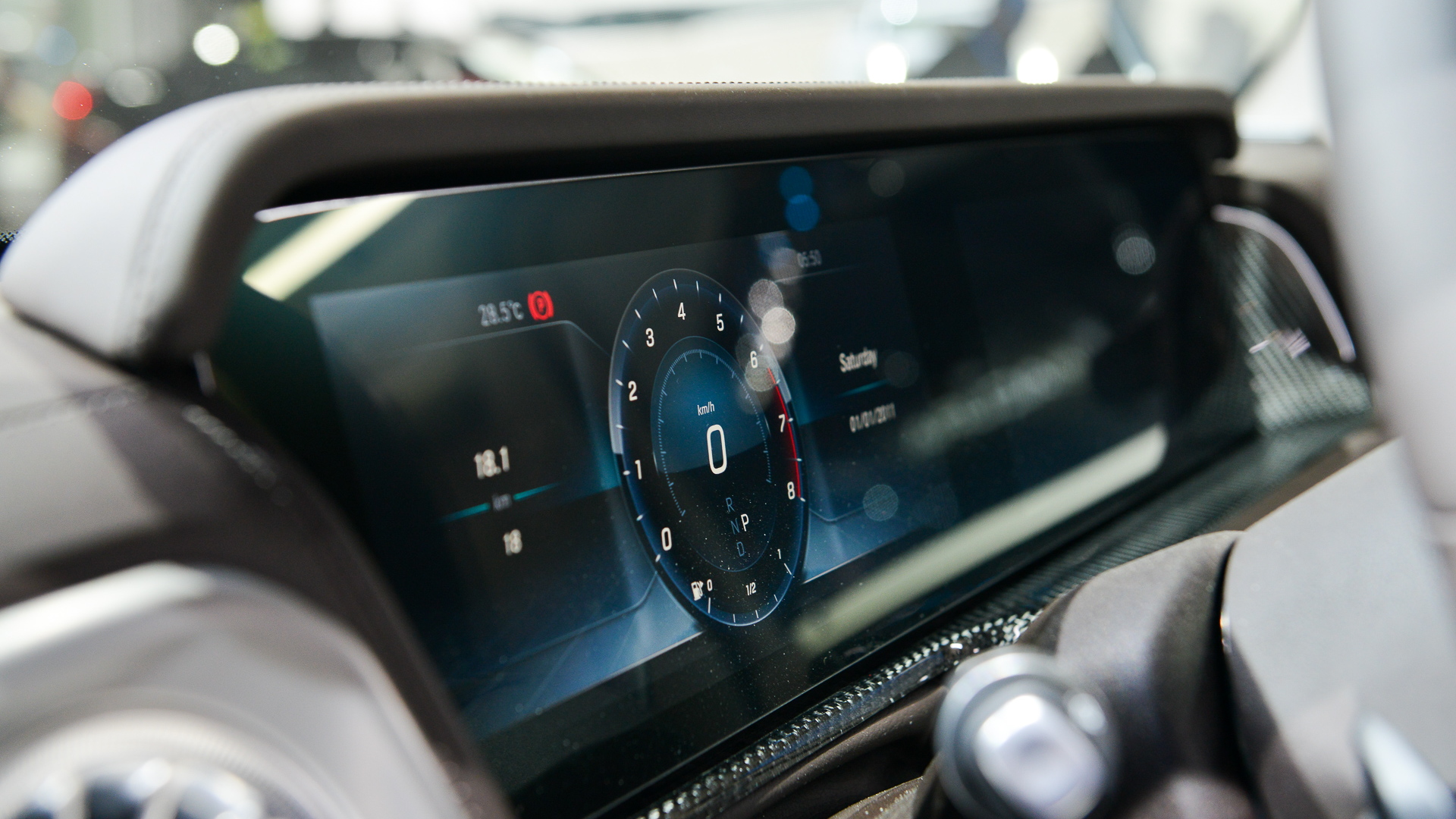 The 2019 Mercedes-Benz G-Class is the definition of retro-cool. After 40 years, the G-Class enters its second full generation with a thorough redesign that doesn't change the way it looks but improves upon its biggest faults.

The G-Wagen was revealed Sunday ahead of the 2018 Detroit auto show. The initial entry, the G550—more models with hopped-up engines will inevitably follow—surprises most with what hasn't changed. It's still boxy and almost indistinguishable from the last four decades of G-Wagens. It's the only Mercedes SUV to use a separate ladder frame rather than the unibody architecture seen in the brand's GLS-Class. And it's still an old-school four-wheeler with three differential locks and no palette of off-road traction control modes.

MORE: Relic or thrill ride? Up a mountain in a Mercedes-Benz G-Class

A Range Rover can drive itself up a mountain with virtually no driver intervention. By contrast, the G550 requires its pilot to be fully in control with only a two-speed transfer case, a trio of differential locks, and a single "G-Mode" off-road traction control parameter at their disposal.

Its biggest mechanical change, aside from some additional width and length, is that it now uses an independent front suspension rather than the solid axle that took up residence under the engine for the last 40 years. Mercedes says that the independent suspension allows for more running ground clearance up front and for improved on-road and high-speed off-road handling. Adjustable dampers are newly optional, which should help the G-Class ride better than its buckboard predecessor.

Under its hood, the G550 carries over the previous generation's 4.0-liter twin-turbo V-8 rated at 416 horsepower and 450 pound-feet of torque. Full-time four-wheel drive with a two-speed transfer case is standard, but the G550 has adopted a 9-speed automatic transmission with a wider ratio than the outgoing 7-speed automatic. The console-mounted gear lever in last year's G-Class has given way to a stalk lever like that used on most other Mercedes products.

Look for hopped-up AMG versions of the G-Class to follow soon.

It'll take a keen eye to spot the exterior changes to the G-Wagen. The 2019 model is 2.1-inches longer and 4.8-inches wider, leaving the G-Wagen's 189.7-inch overall length and 85.7-inch width (including its exterior mirrors) on the small end for a pricey SUV. The upright proportions that have defined Mercedes' all-terrain SUV remain intact, massaged slightly. Even details like the rub strips that run along the vehicle's sides, the fender-mounted turn signals, and the exposed door hinges are cleaner, but still present. Initial images appear to show much narrower panel gaps than the outgoing model's 1970s-era fit and finish.

It's too early to hear if the G-Wagen's signature door "clunk" is still part of the package, but we'll see Mercedes' SUV in the flesh soon.

Inside, the look is all-new. A 12.3-inch touchscreen for infotainment takes up considerable real estate on the G-Wagen's dashboard. As in the automaker's S-Class flagship, a second 12.3-inch screen that takes the place of conventional gauges is optional. Controls are organized in a more typical Mercedes fashion than in the outgoing G-Class, but the grab handle in front of the passenger's seat remains.

The wider body affords an extra inch or so of shoulder space for passengers front and rear. In the back seat, Mercedes added nearly 6 inches of leg room. The rear seats fold in a 60/40-split  arrangement and no third row of seats are available. Also unchanged, at least in concept, is the side-hinged barn door with a full-size spare at the rear.

Mercedes hasn't yet announced pricing for the 2019 G550, but it's unlikely to undercut the roughly $125,000 base price of the outgoing model. The standard equipment level is predictably high with leather upholstery, power front seats, Burmester audio, and a full complement of active-safety gear included. Optional equipment is limited to appearance items like a Designo styling package, although adaptive dampers and the 12.3-inch configurable instrument cluster require ticking an options box.

The German automaker says to expect the 2019 G-Class in showrooms by the end of this year. Production remains at Magna-Steyr's assembly plant in Graz, Austria.

For more coverage from the 2018 Detroit auto show, head to our dedicated hub.