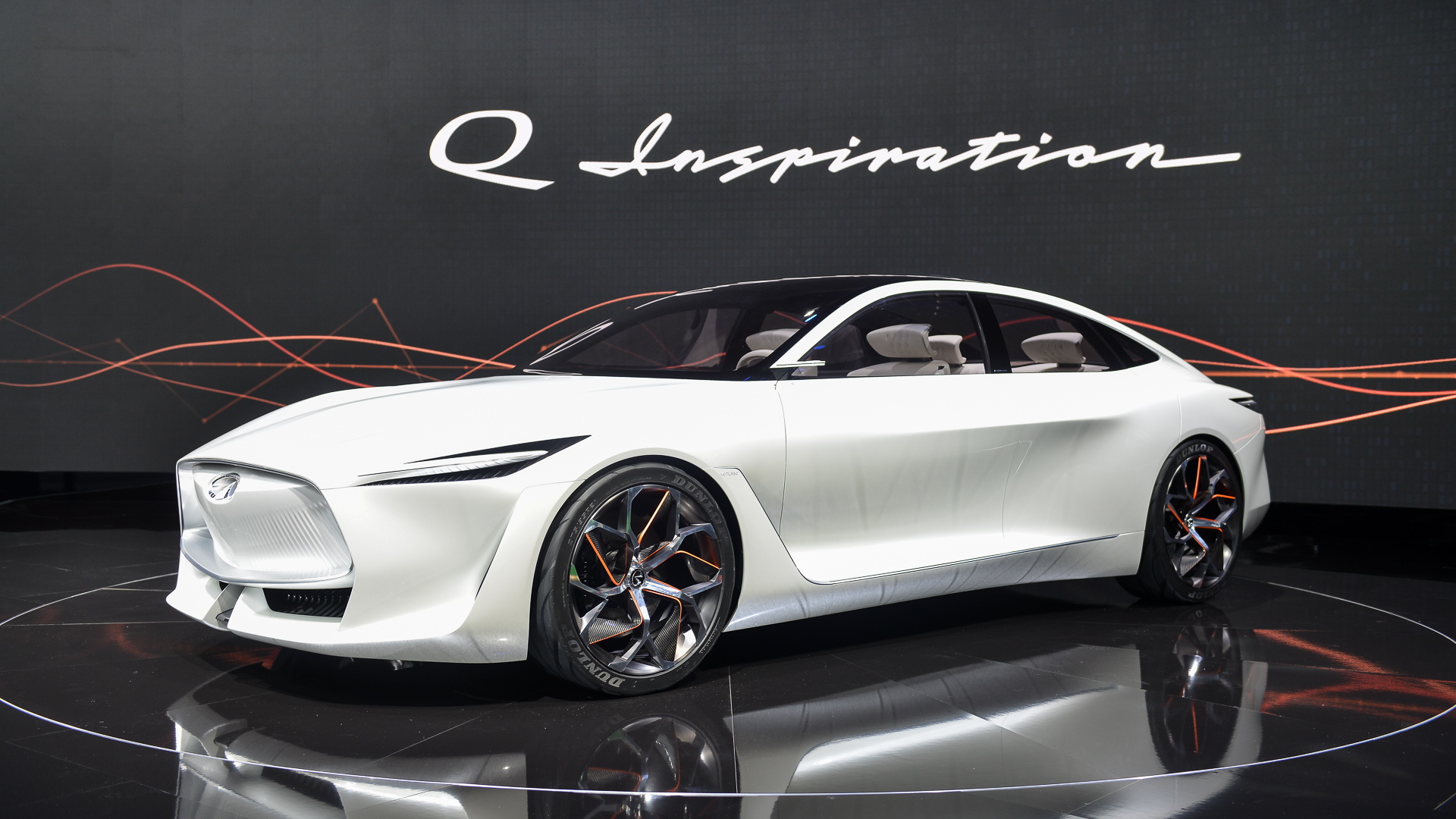 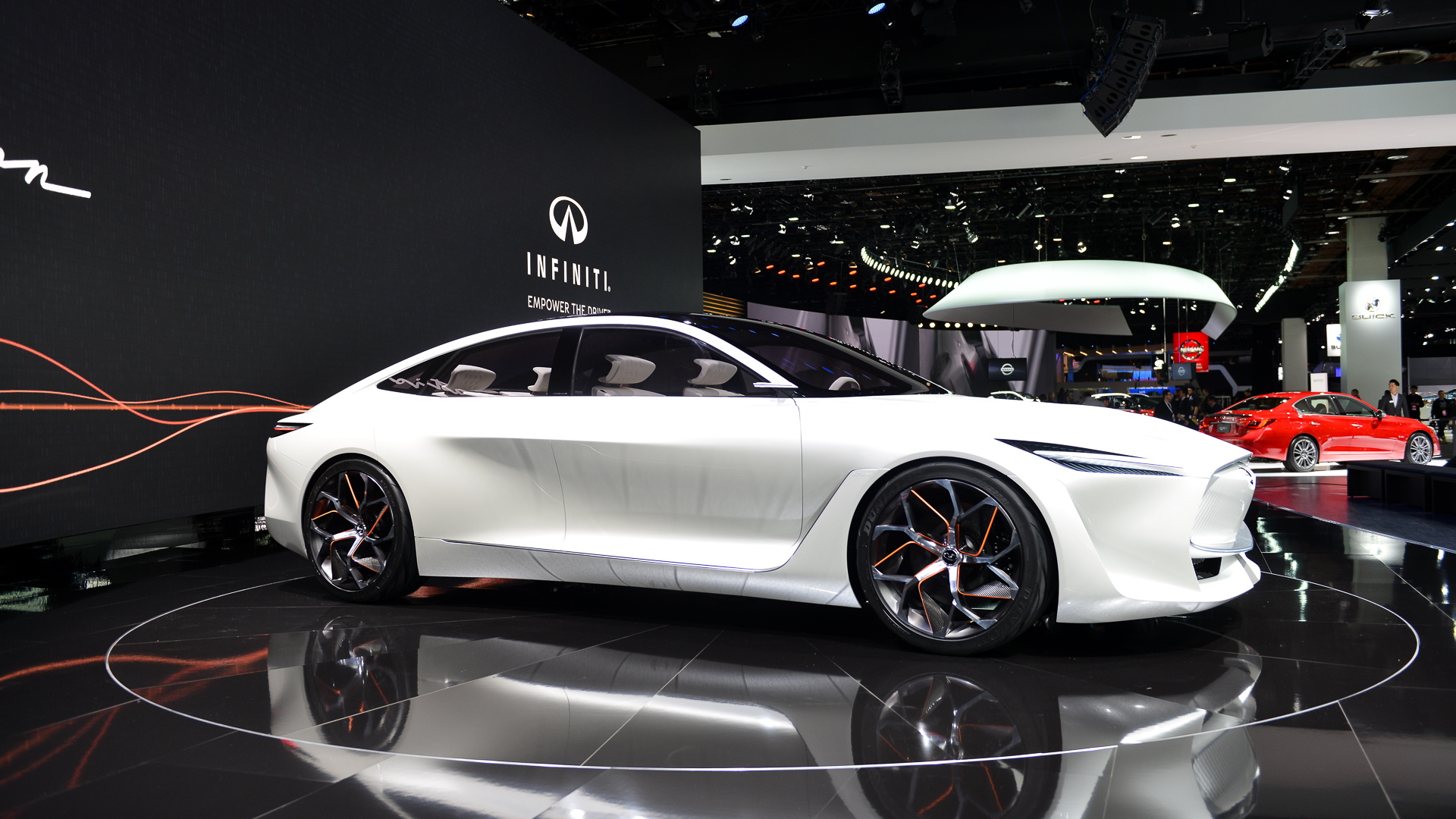 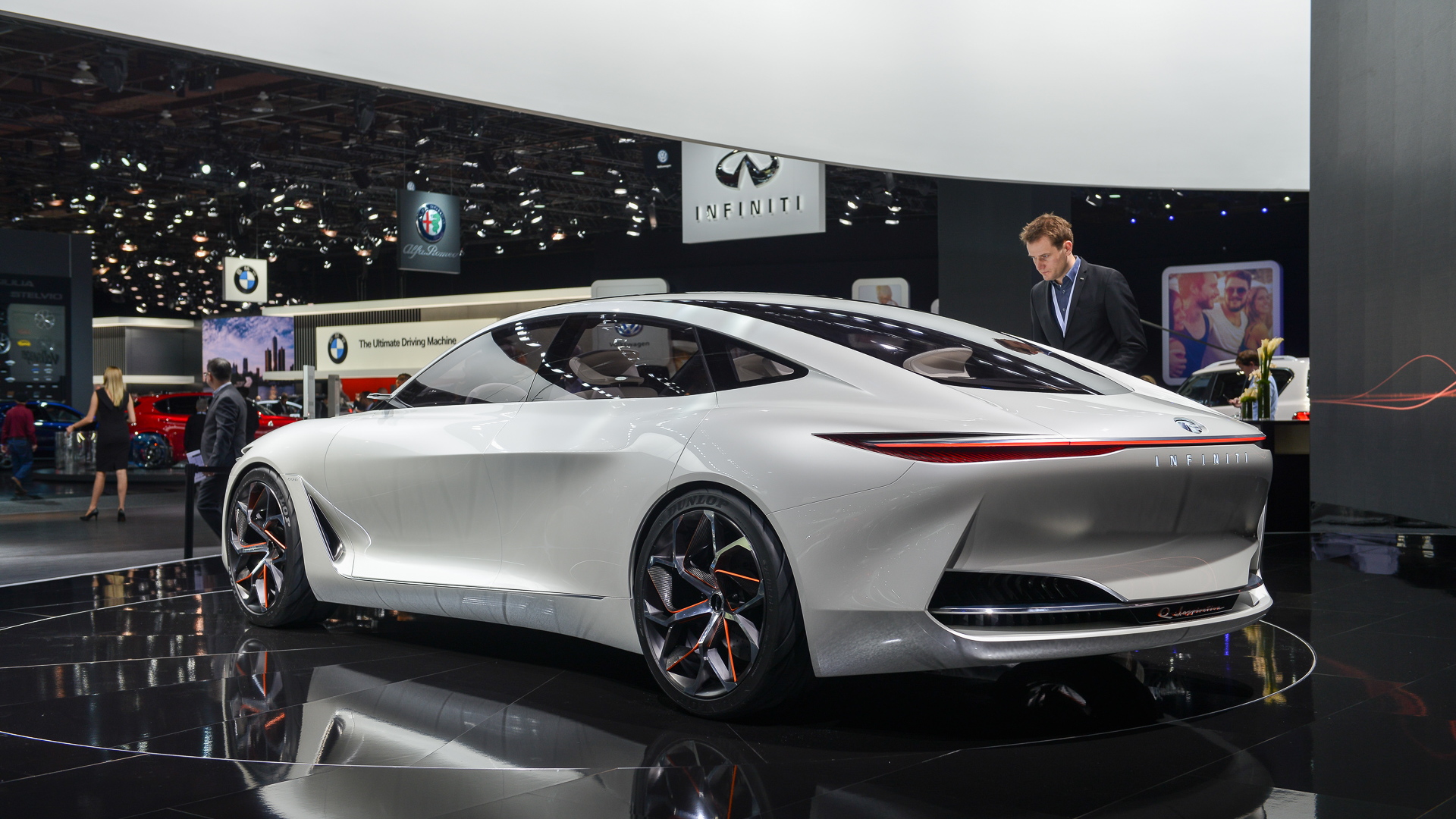 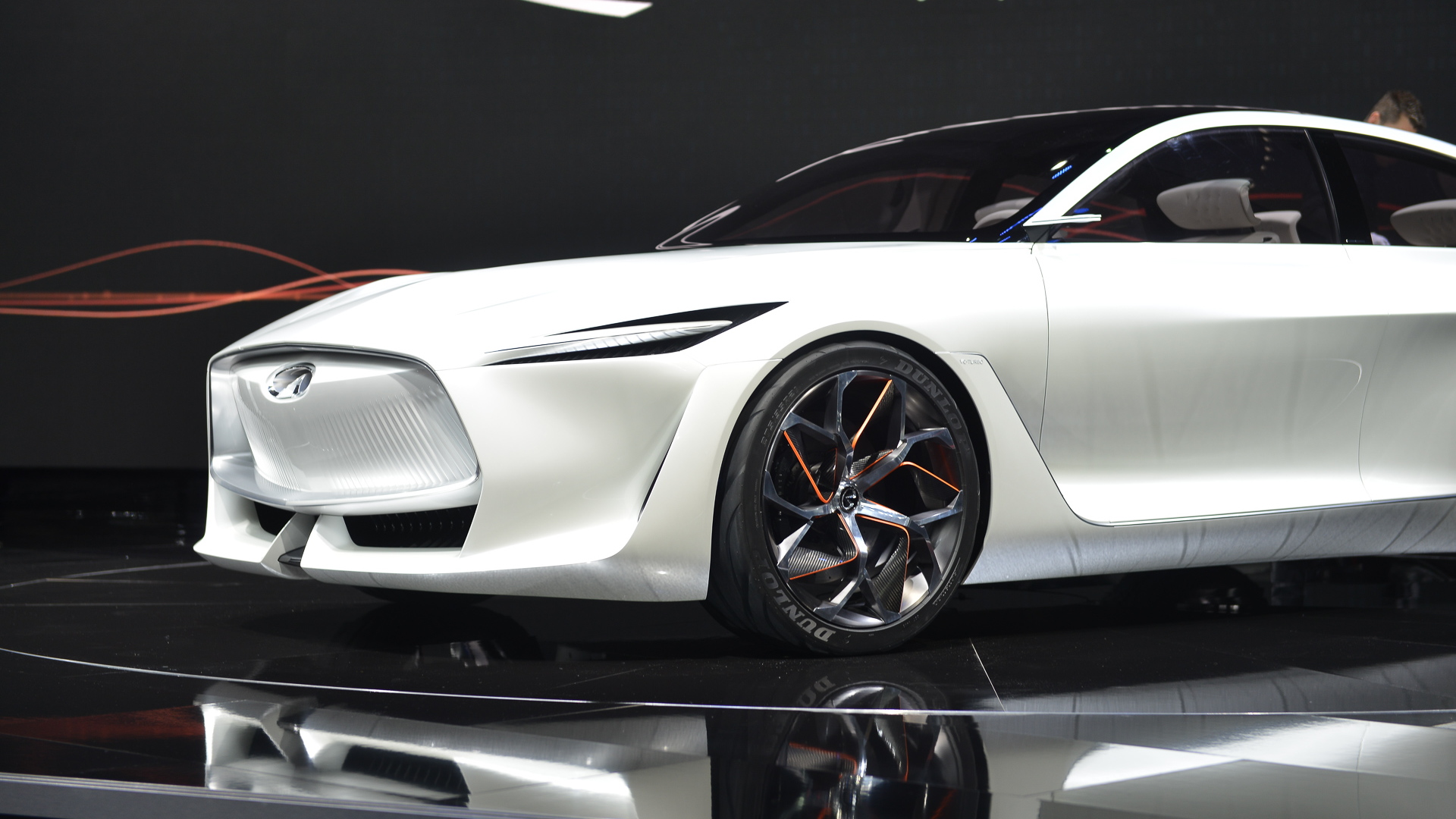 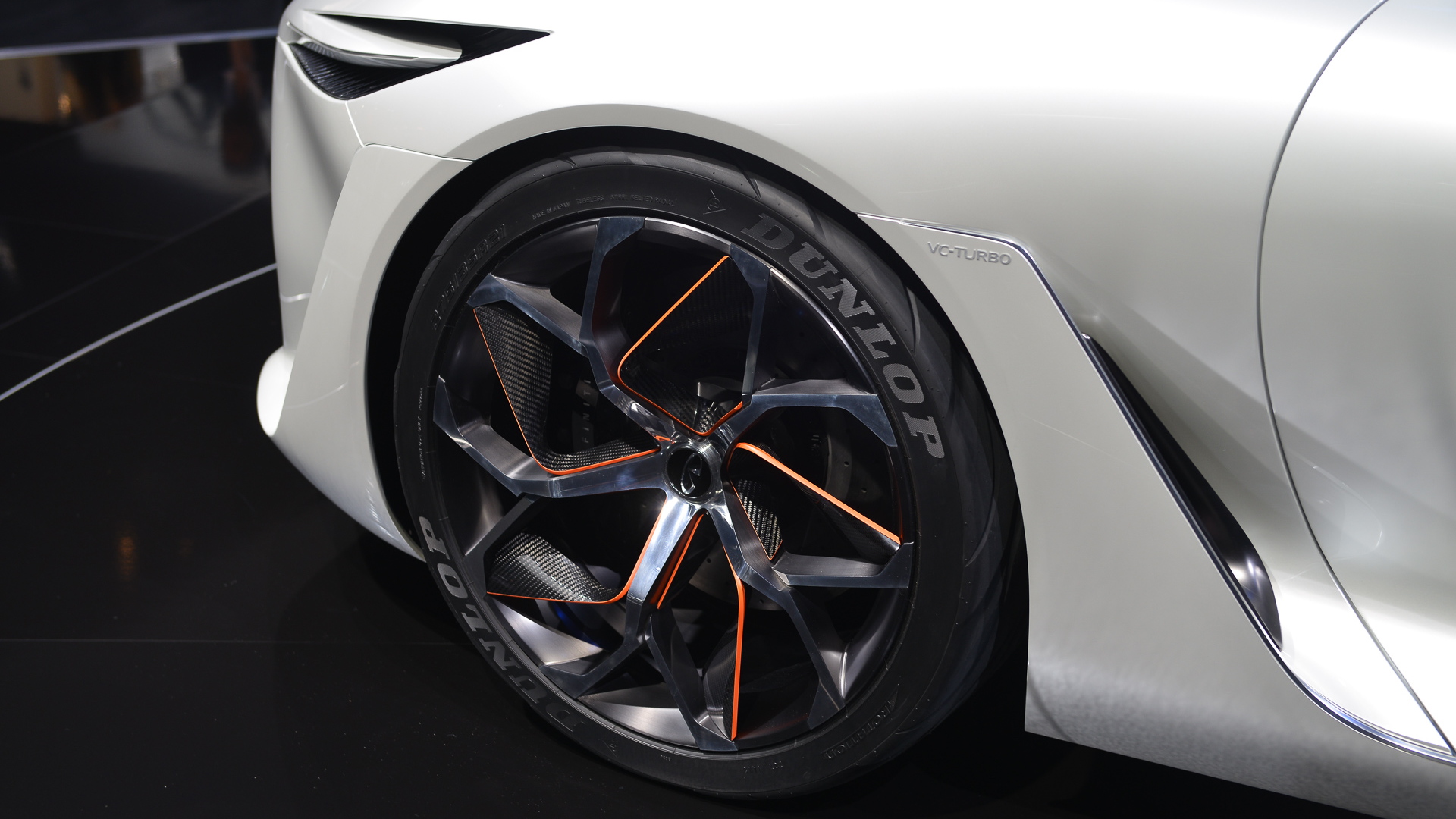 If you were excited about the reveal of Infiniti's Q Inspiration concept at the 2018 North American International Auto Show, and all that it potentially heralded for the brand, be prepared for disappointment.

As we learned Monday at the reveal, the Q Inspiration doesn't bring much to the table other than a new design language, and talk about alternative forms made possible by “advanced powertrains” is all forlorn as there's only a 4-cylinder under the hood.

No, the Q Inspiration isn't an electric car. It isn't even a hybrid. It's powered by Infiniti's VC-Turbo engine which we've already seen in a redesigned QX50. (The 2.0-liter turbocharged inline-4 can vary its compression ratio between efficiency and performance settings and is good for 268 horsepower and 280 pound-feet of torque.)

And Infiniti is already downplaying the chances of the Q Inspiration making production. The automaker states that the concept was developed to demonstrate a future vision only and will not be available for sale. Considering the car is a mid-size sedan, it's possible we'll see some of its forms on a redesigned Q70, but we wouldn't recommend holding one's breath.

That's a real shame because there's a lot to like about the Q Inspiration's design. A combination of clean surfaces, sharp lines and technical details give the car a modern and athletic look. The profile is definitely more coupe-like than on any existing Infiniti sedan, and the brand's grille takes on a new look here with sharp louvers looking almost like gills on the underside of a mushroom.

For the interior, the designers have gone with a minimalist theme, with the dashboard featuring a split design containing digital screens along the center and bottom edge. The traditional center console has also been replaced by a floating design that almost runs the entire length of the cabin. Each occupant has a touchscreen that allows them to control certain aspects of the car.

The final bit of information Infiniti is willing to reveal about the Q Inspiration is that the car features a fully self-driving system. Still in development, Infiniti says the system, whenever ready, will be able to offer fully self-driving capability from your door to destination. You simply key in your destination in the navigation system and the car will take you there.

The Q Inspiration concept looks good but we have our doubts about the design language transitioning to a production model without being watered down. And considering the self-driving technology likely won't be ready until well into the next decade, Infiniti's concept doesn't offer much to get excited about...apart from a 4-cylinder engine.

The concept is currently on display at the North American International Auto Show in Detroit. To learn about other vehicles at the show, head to our dedicated hub.