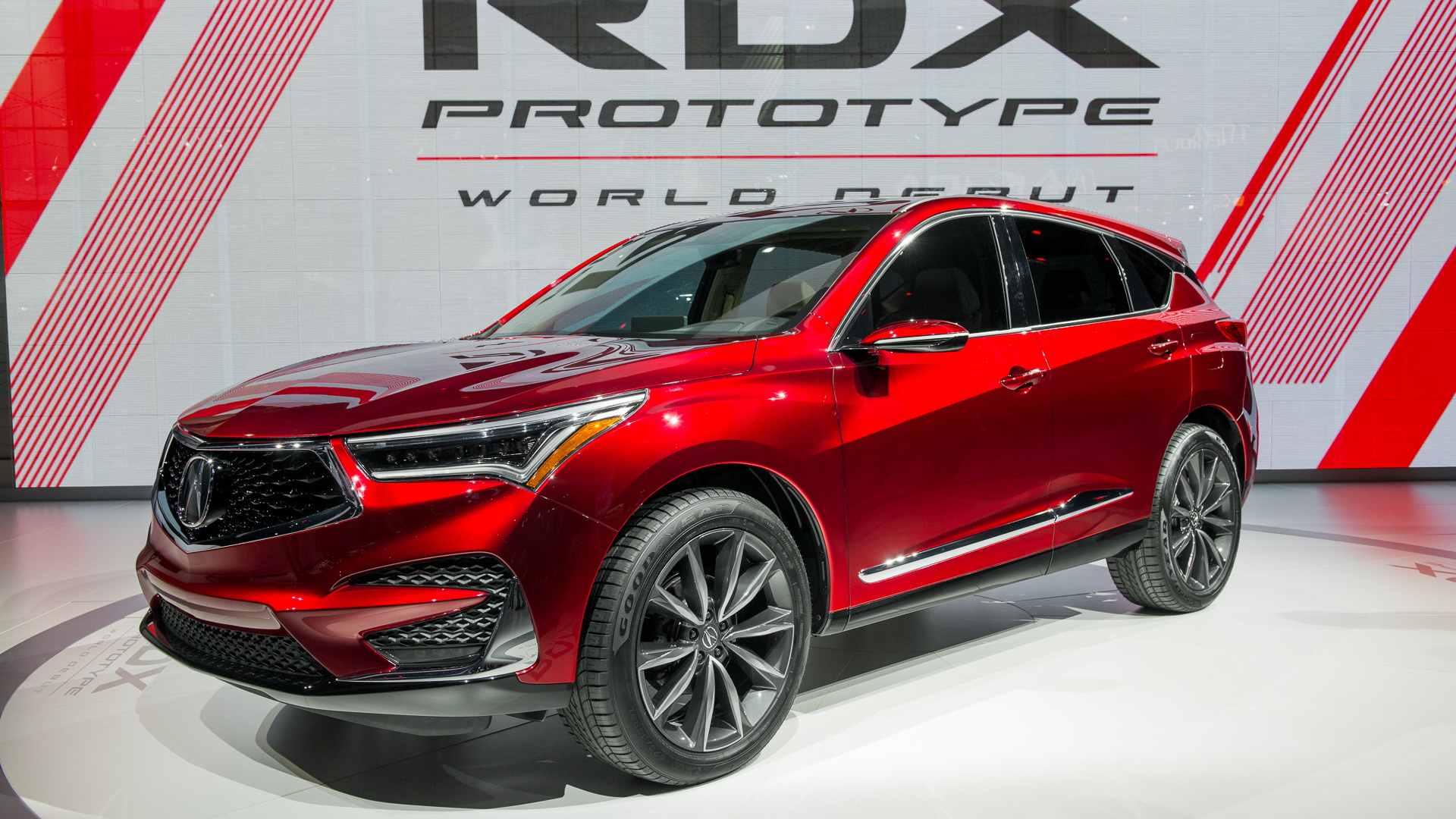 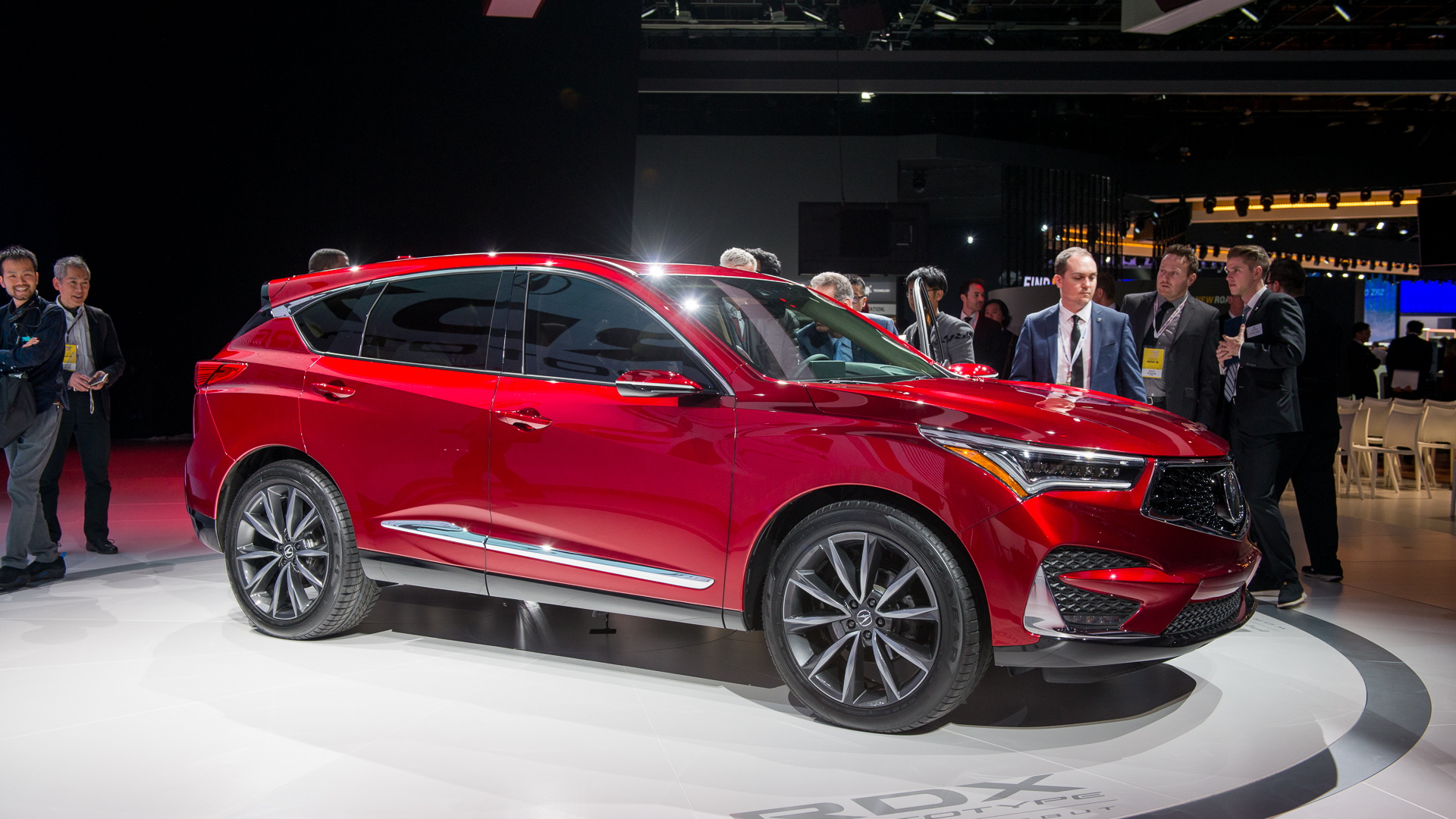 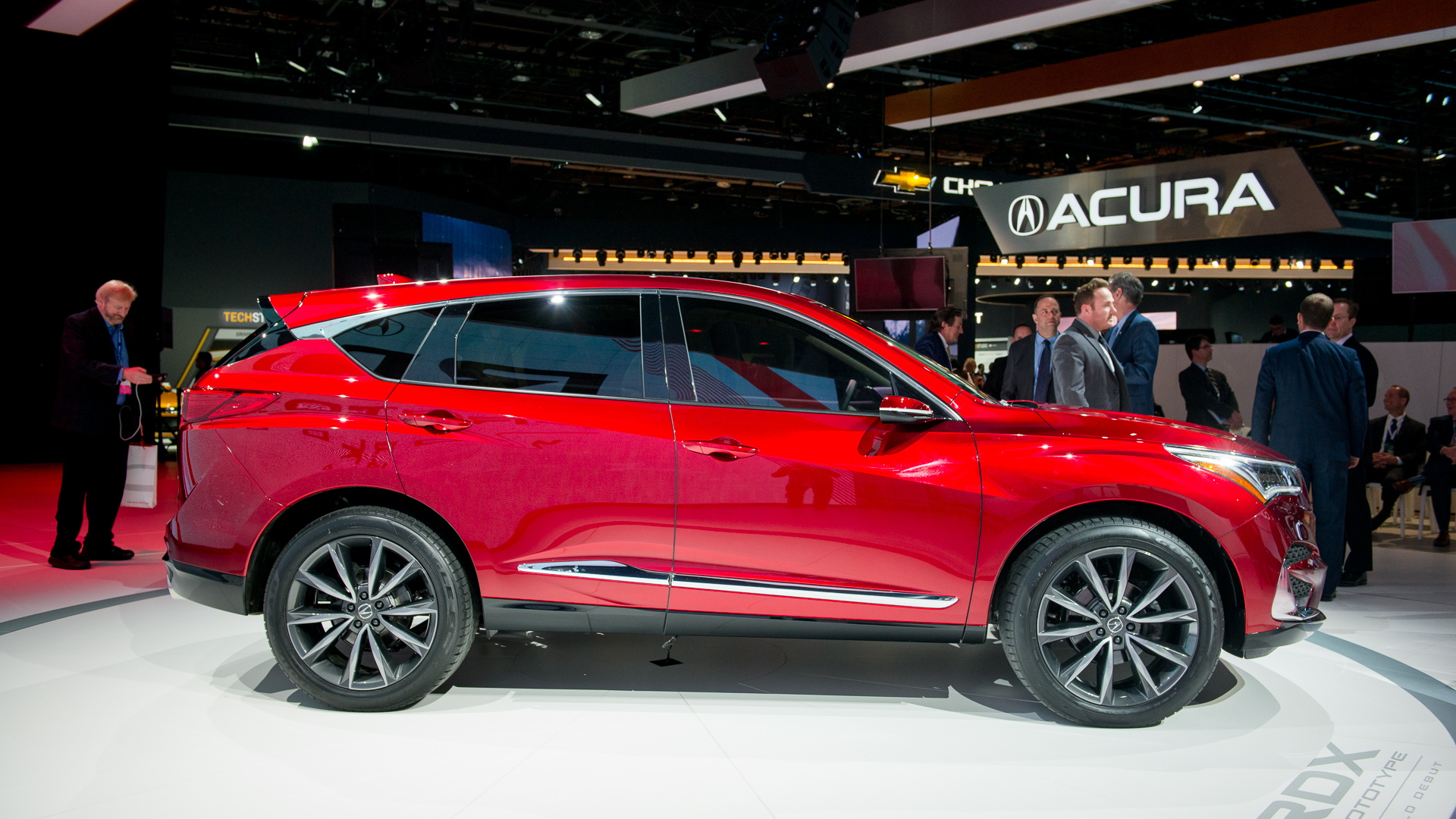 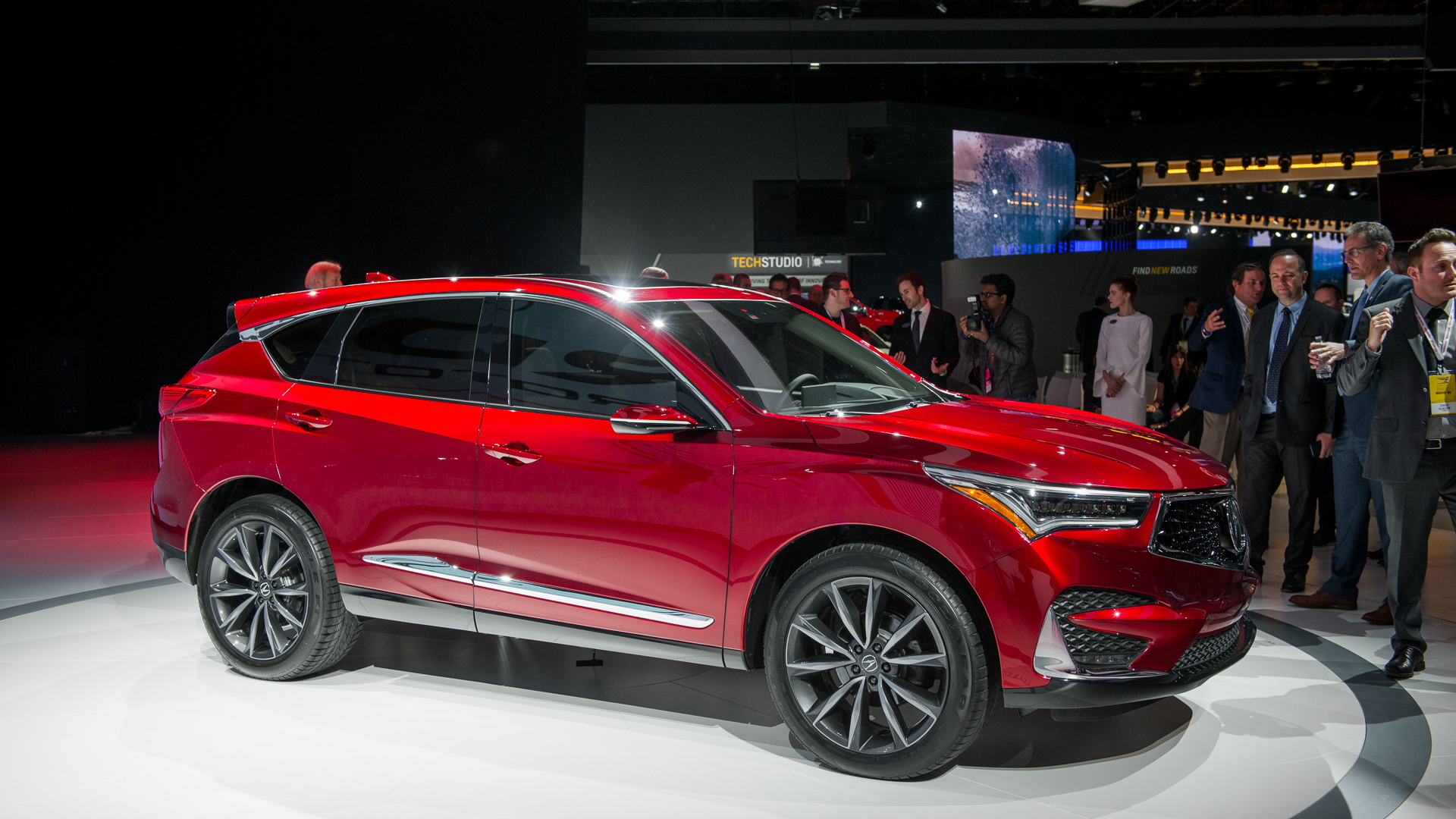 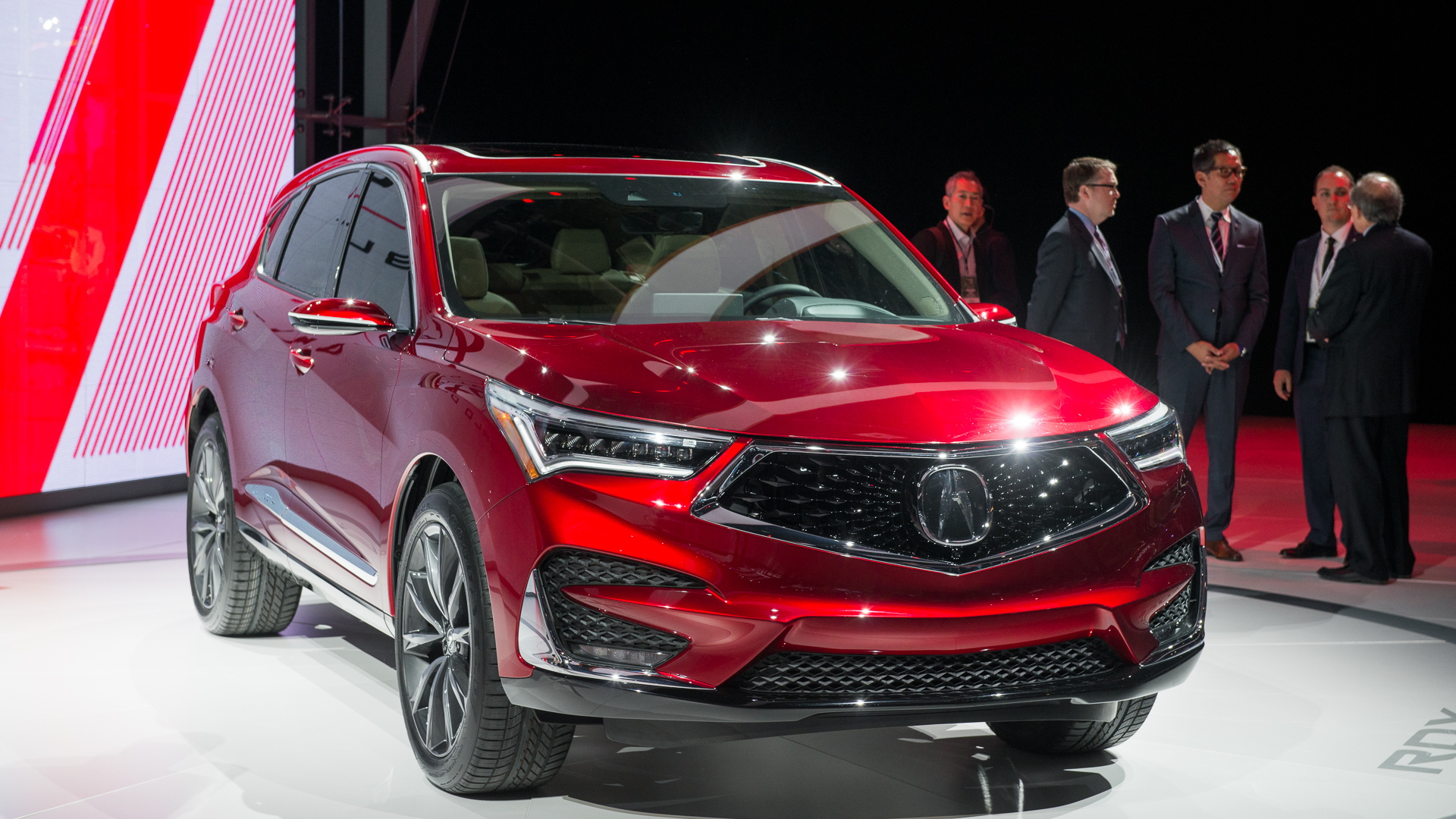 When your compact crossover SUV has posted seven straight years of sales growth and five consecutive years of record sales, you don't mess with a winning formula. You simply stick with what works and make it better when it's time for a redesign.

As shown by the RDX prototype, the third-generation RDX is longer and wider. The track grows by 1.2 inches, and the wheelbase is 2.5 inches longer, while the front overhang is shorter. The pentagonal grille from the Acura Precision Concept that has rolled out to the rest of the lineup is found up front. It looks more at home here, perhaps because it was part of the design from the beginning. It is flanked by the next generation of Acura's LED headlights. In fact, all of the exterior lighting is LEDs. The rest of the body is highlighted by sharp character lines that accentuate the extra length of this crossover, though Acura isn't saying how much longer it is. A chrome trim strip on the roof is notable as well, and it widens at the rear where it defines the rearmost pillar.

In addition to the sporty look of the prototype, Acura says a sporty A-Spec variant will be offered for the 2019 model and all core Acuras moving forward will get the A-Spec treatment. Acura also announced it would bring back Type S models, though it didn't say for what vehicles.

A new, Acura-exclusive platform underpins the RDX and Acura says it is dramatically stiffened. Under the hood, Acura changes its winning formula a bit, swapping the 3.5-liter V-6 for a new turbocharged DOHC 2.0-liter 4-cylinder engine mated to the brand's new 10-speed automatic transmission. The engine is the dual-overhead cam turbo-4 with VTEC technology from the Honda Accord and Civic Type R. Acura says it delivers 40-percent more low-end torque than the V-6 it replaces, but Honda's luxury brand isn't providing power figures yet. The brand's Super-Handling All-Wheel Drive with torque vectoring also makes its return in the RDX, and Acura says the rear differential can handle 40 percent more torque, making this the most advanced version of SH-AWD yet. An adaptive damper system is also available, and the vehicle has an NSX-inspired Integrated Dynamics System with Sport, Sport+, Comfort, and Snow modes.

Inside, the RDX prototype combines luxury with technology. Materials include nappa leather, open-pore Olive Ash wood, and brushed aluminum trim. The sport seats have a new design, and the cabin is more spacious than in the past. In fact, Acura says the 2019 RDX will lead the class in total cabin space, rear leg room, and cargo room. The front seats in the prototype are heated and ventilated with 16-way power adjustments. All 2019 model will get a panoramic sunroof that Acura says is the largest in the class.

More important is the new True Touchpad Interface, which features a 10.2-inch touchscreen mounted high, a touchpad mounted on the center console, plus an interactive head-up display. Drivers can control the center screen with touch controls or through the touchpad, which is mapped to correspond to the screen. Touch the top left corner and you will activate the function at the top left corner of the touchscreen. It's an Android-based system, and the vehicle also has next-generation voice recognition.

For the first time, the U.S. research and development team in Ohio led the development process while the company's Los Angeles design studio penned the lines. The 2019 Acura RDX will launch later this year. Expect it to look a lot like the prototype.

For more from Detroit, check out our dedicated hub.