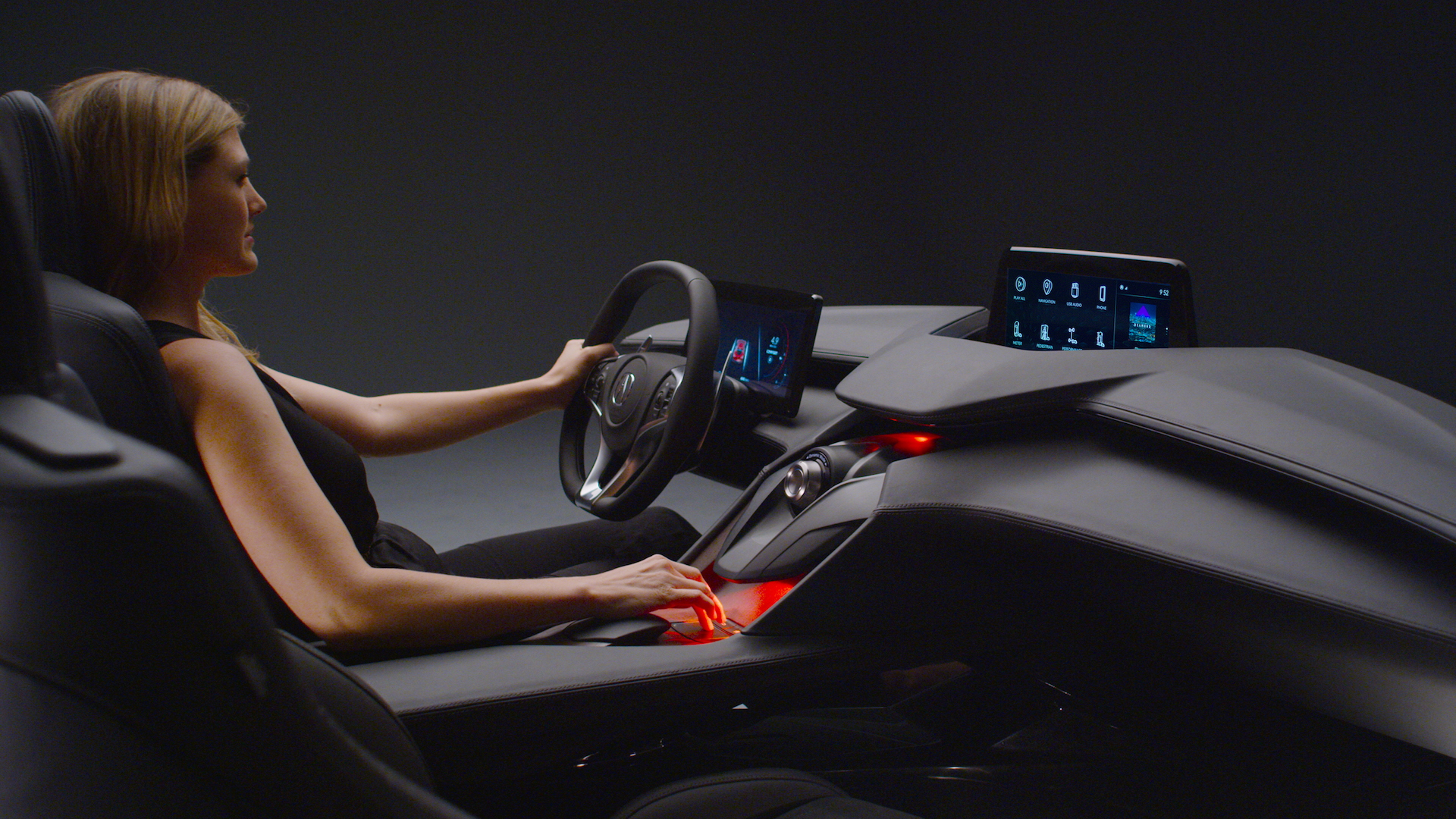 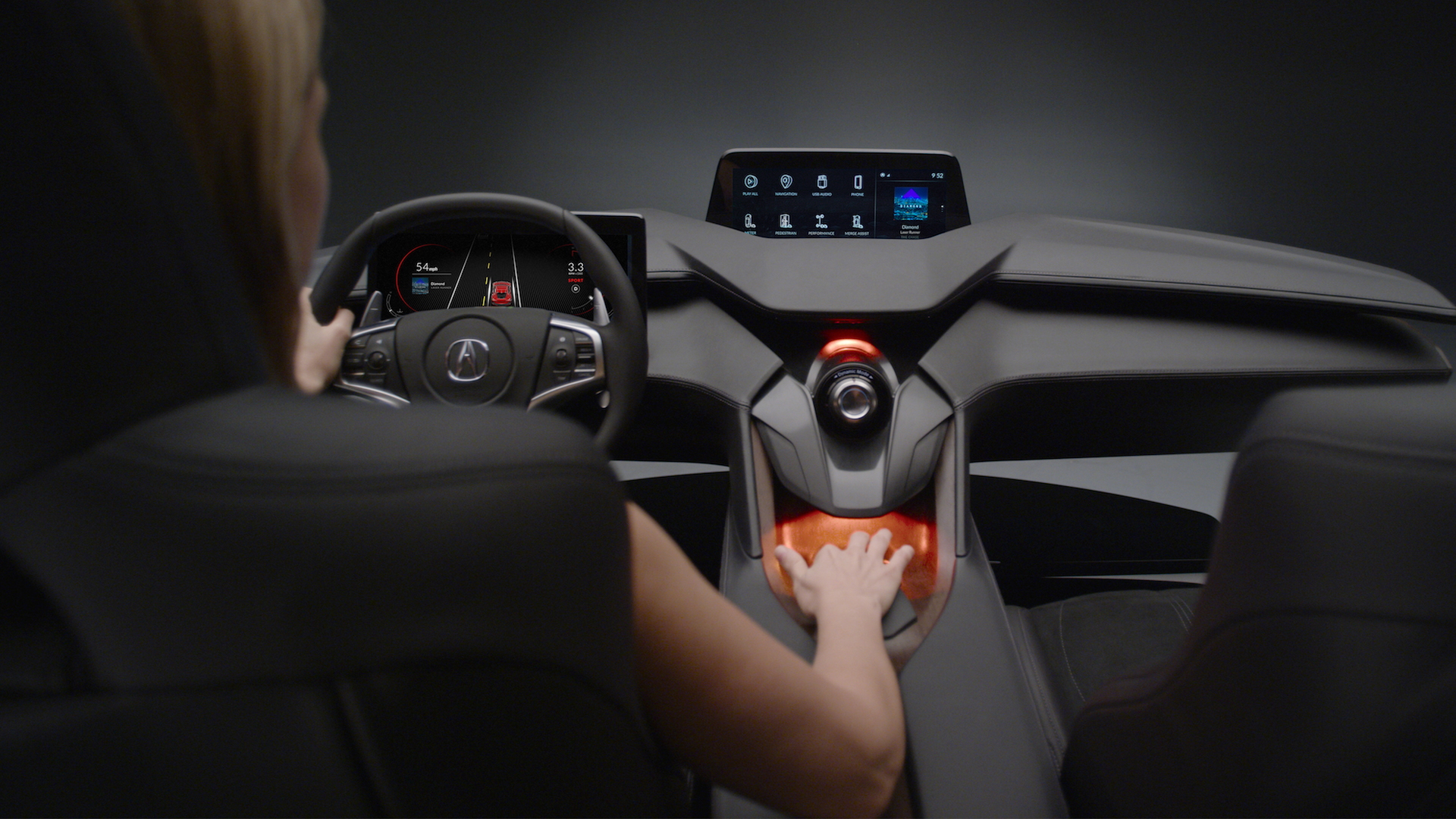 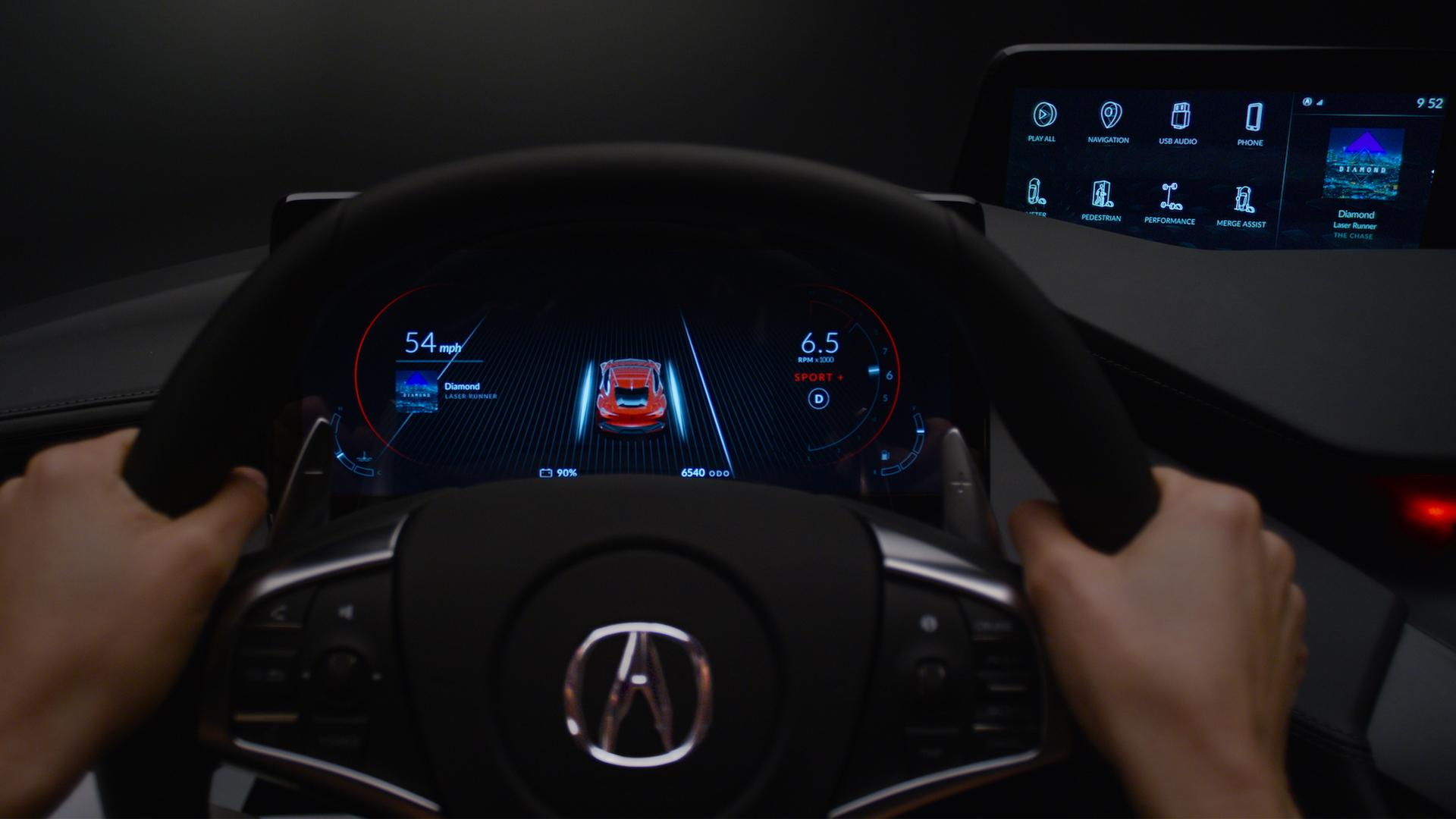 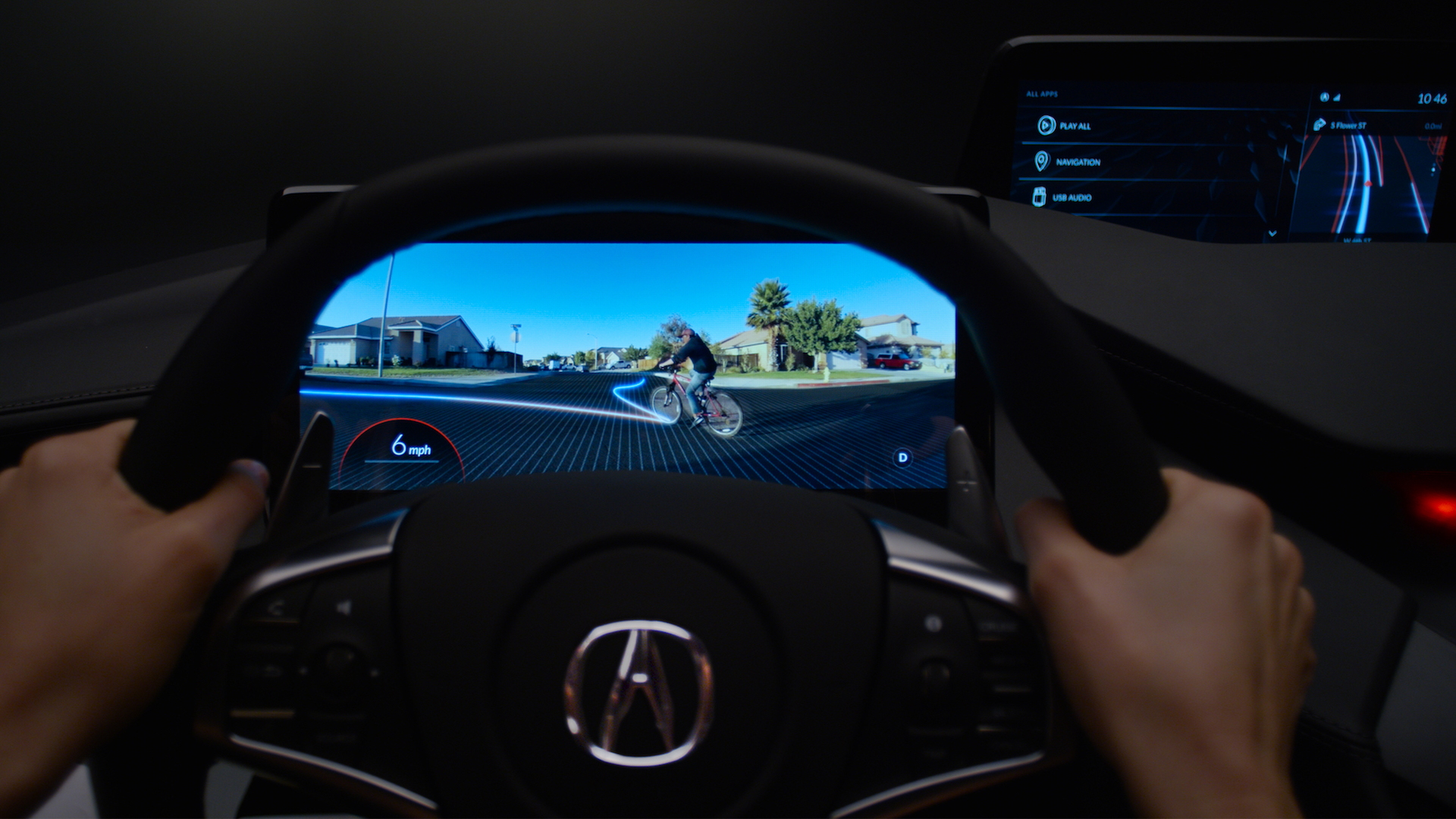 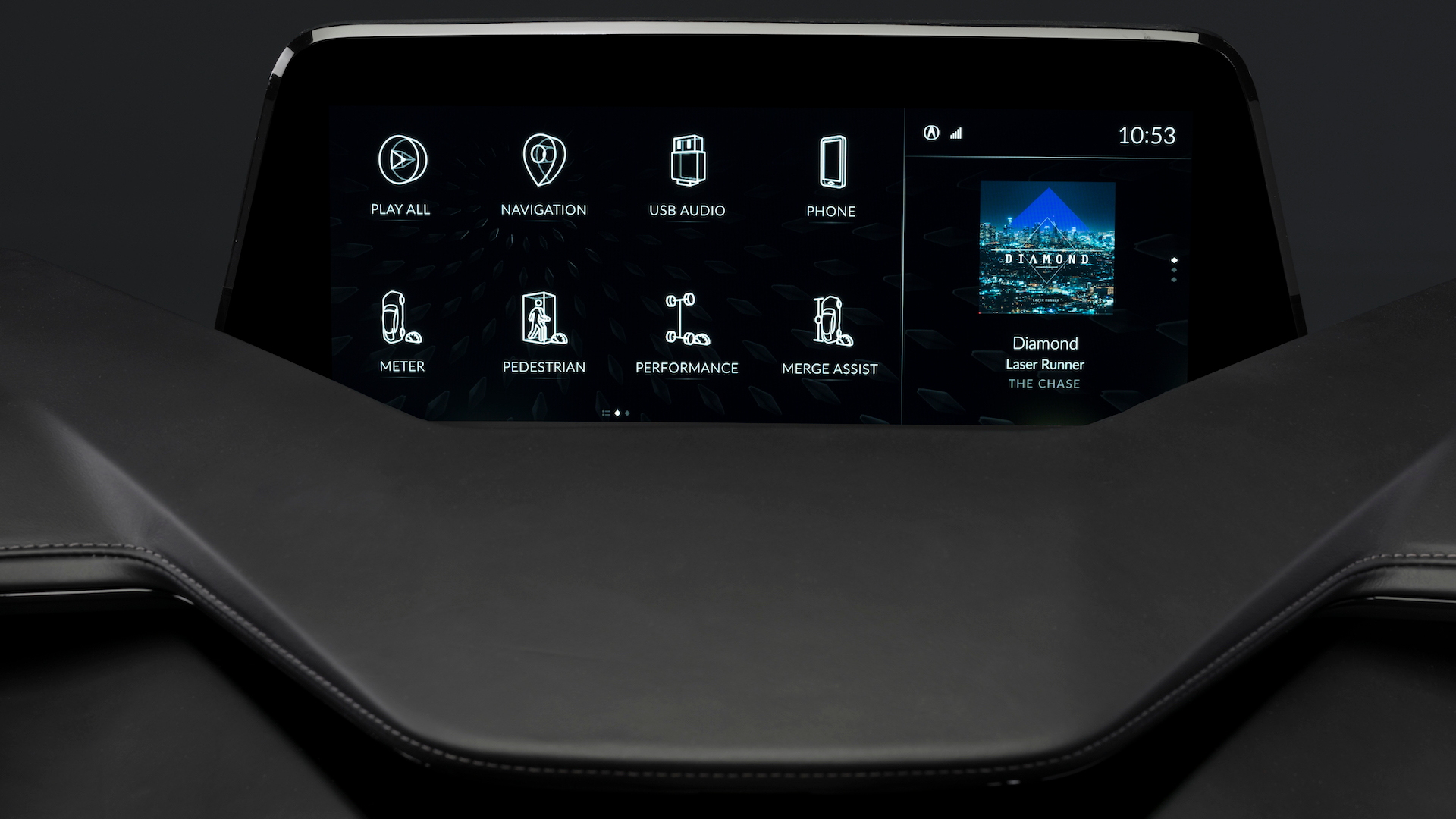 Early this year at the Detroit auto show, Acura showed the future of its exterior design in the form of the Acura Precision sedan concept.

At the 2016 Los Angeles auto show on Wednesday, the brand showed what its future interiors will look like and how they will function with the Acura Precision Cockpit concept. This interior concept stresses the future of connectivity, automated driving, and electrification.

The design includes two screens, a 12.3-inch screen in the instrument cluster, and another on the dash. The colors and animations on the screens match the drive mode: white for Snow, blue for Comfort, red for Sport, and orange for Sport Plus. The center screen is controlled via a touchpad on the center console.

The touchpad uses absolute position mapping to coordinate the driver's touch controls on the pad with specific spots on the screen. Drivers can scroll using the outer edges, choose favorites along the bottom, and tap a spot on the touchpad to activate the content on the area of the screen mapped to that spot.

Acura says each spot on the touchpad is mapped to a specific function on the main display and that this is the first time absolute position mapping has been used in the driving environment. That seems odd to us as Lexus, BMW, and Audi have touchpads that control their center screens.

Powering the infotainment system is the next Android-based operating system that Acura will use. It provides secure access to mobile apps, data, and other content. The screen has two zones to help the driver quickly switch from such commands as navigation, phone, audio, and settings. For instance, the map screen can be shown on the right side of the screen while the driver uses the rest of the screen to choose other functions. The system also has unique animations and audio chimes.

To work best with automated driving, the display in the instrument cluster uses a real-time 3D engine works with the vehicle's sensors to display the positions of other cars and road objects in relation to the car. It also utilized car-to-car communication to alert drivers to other cars operating autonomously. Acura also has an advanced vision mode that uses artificial intelligence to display and predict the future pathways of cars, pedestrians, cyclists and other objects, even if they are obscured from vision.

Watch for a version of the Acura Precision Cockpit to begin appearing in new Acuras in the next few years.

And for more from the L.A. auto show, head to our dedicated hub.