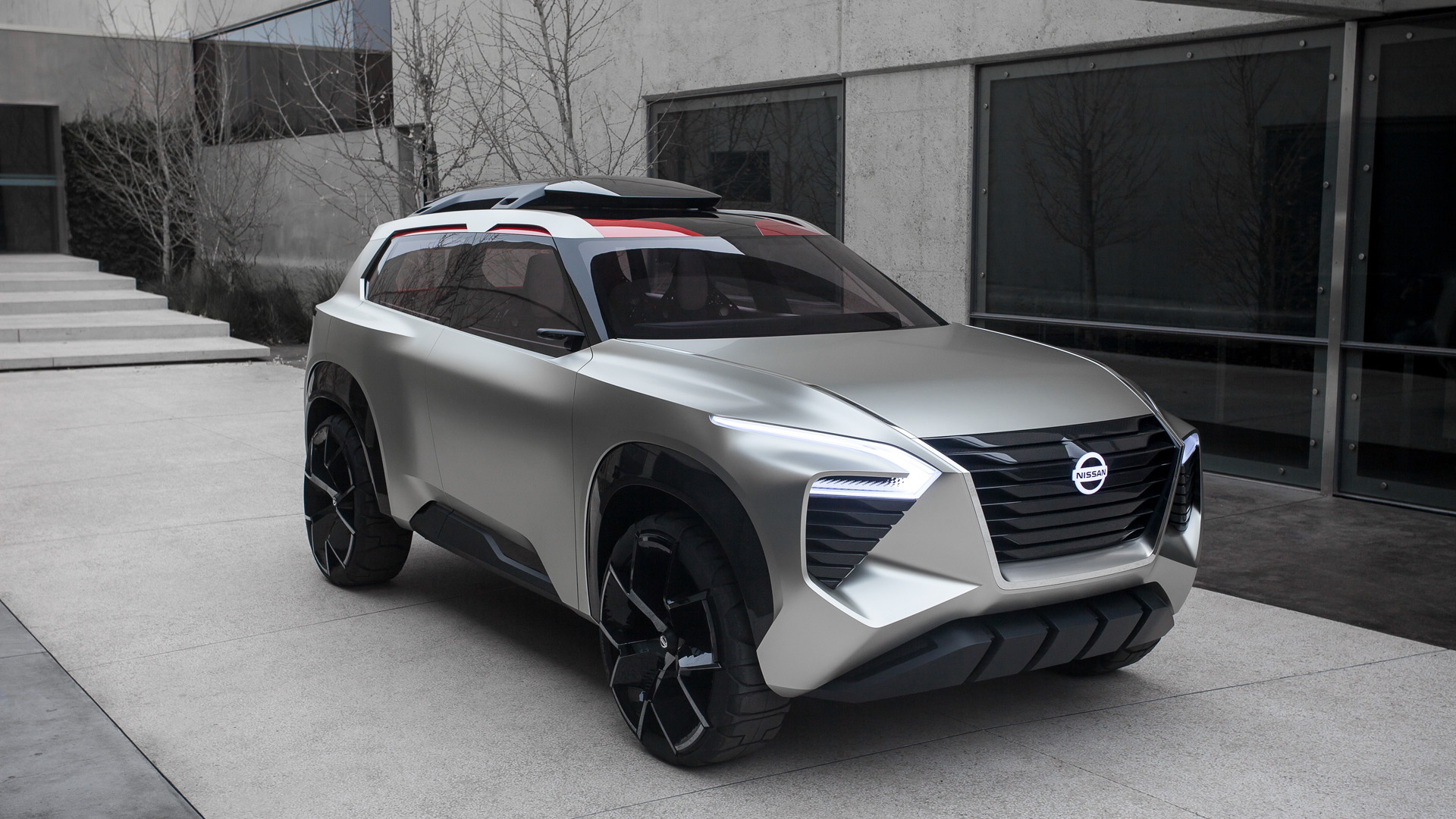 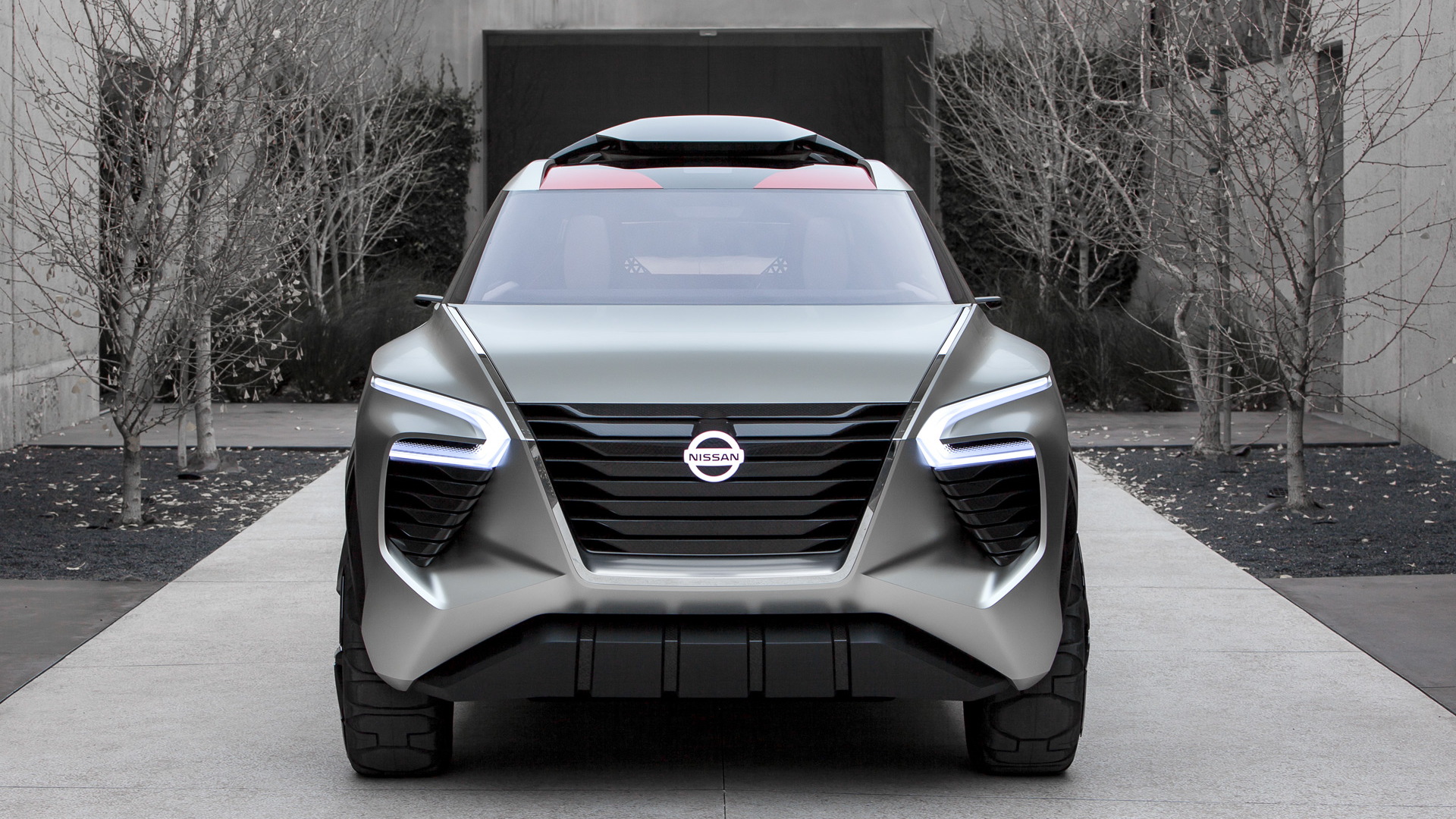 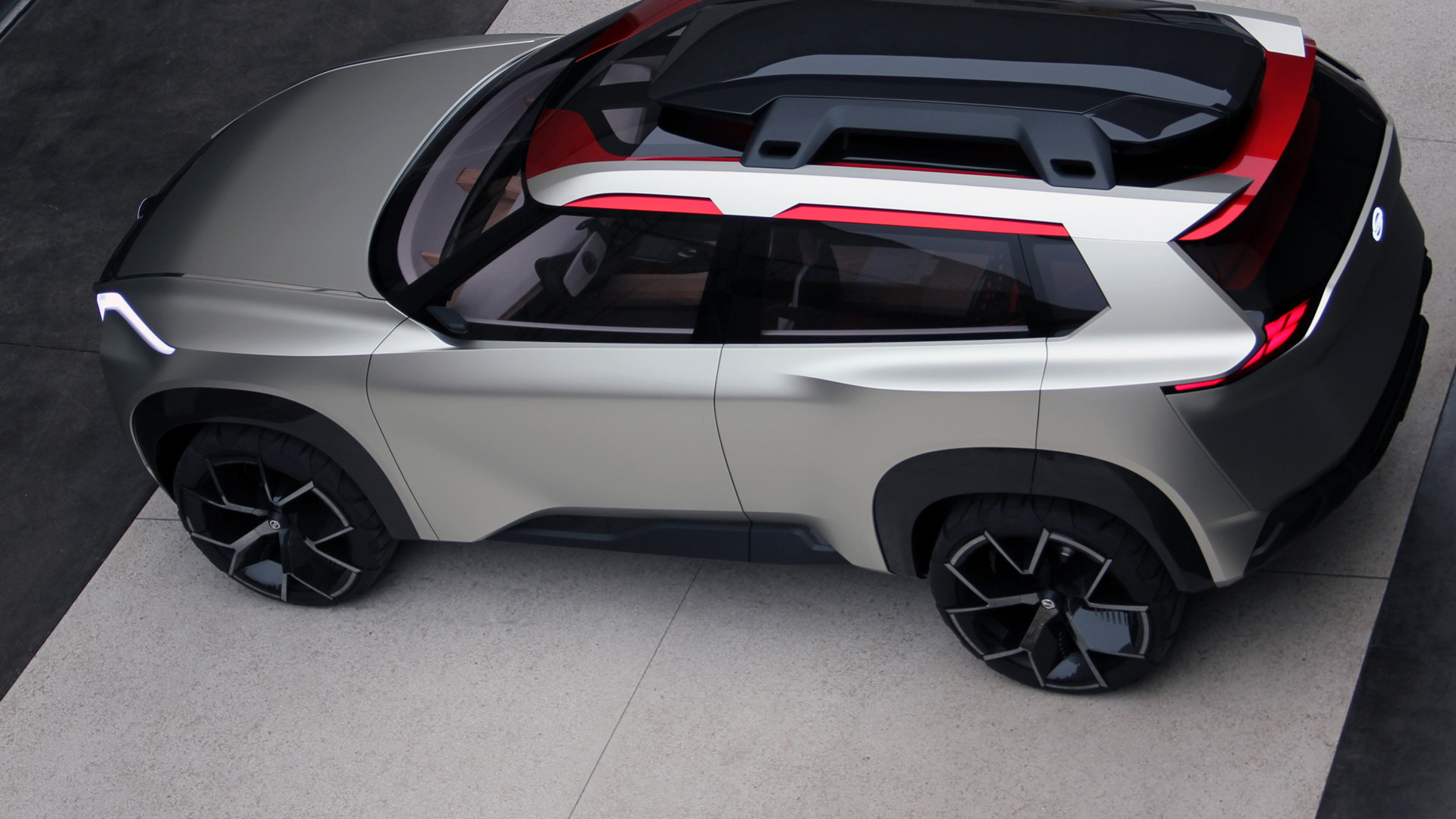 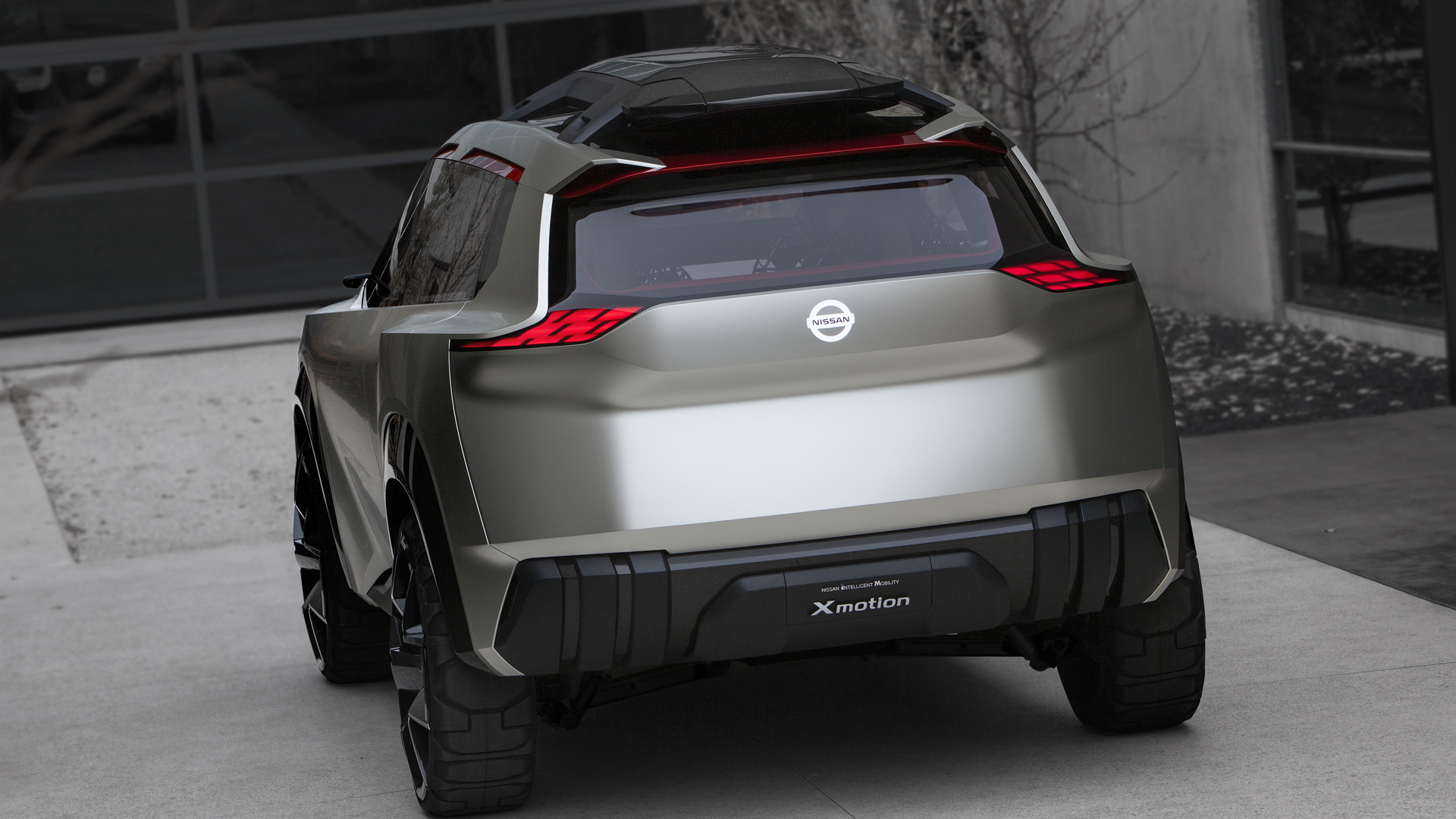 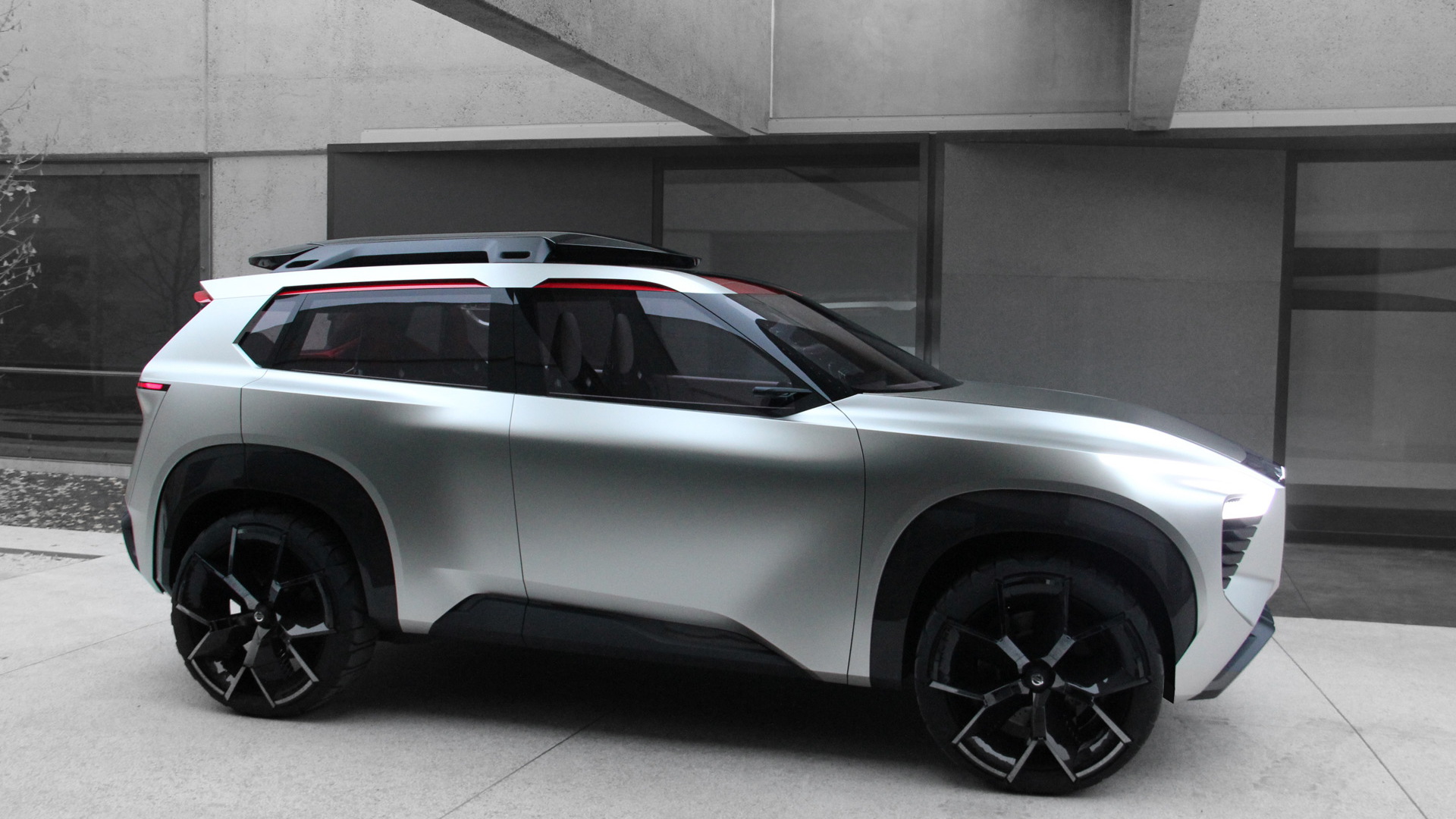 The Nissan Pathfinder and Rogue crossovers are many things—versatile, roomy, and family-oriented. They are not, however, particularly stylish.

The Xmotion Concept Nissan unveiled Monday at the 2018 Detroit auto show aims to push the automaker's growing crossover lineup in a more design-oriented direction. Nissan cites both natural and urban landscapes as its inspiration in designing the Xmotion, which the automaker says is pronounced as "cross-motion."

Despite the X in its nomenclature, the Xmotion does not appear to be the long-rumored replacement for the automaker's Xterra off-roader. That model was dropped after 2015 from North American showrooms. Its soft lines give it a more urban feel, albeit with a design language that differs considerably  from the automaker's current lineup.

The Xmotion's 180.7-inch overall length is a couple of inches shorter than the Rogue even though it seats six passengers what the automaker calls a 4+2 arrangement. The rearmost seat appears to be best left to children, much like the third row that was offered until 2018 in the Rogue. Nissan addressed the lack of cargo space behind the third row by fitting a retractable box on the crossover concept's roof that it says was designed with aerodynamics in mind.

The Xmotion rides on all-terrain tires wrapped around 21-inch alloy wheels, but that's about as far as its off-roady cues go. It features a version of the automaker's all-wheel-drive system. Otherwise, Nissan has revealed no details about the Xmotion's propulsion.

Using traditional Japanese architectural techniques normally reserved for temples and shrines, the automaker avoided glue and fasteners in crafting the Xmotion's center console that runs between the left and right seats. The console is made from a single Japanese cedar tree selected from a forest in Yamagata Prefecture. The wood flows into flooring with a gentle wave pattern.

That water-inspired imagery extends to a virtual Japanese koi fish that the automaker says acts as a "storyteller" when the car is operated in autonomous mode. Given that the automaker is working on technology that can read vehicle occupants' thoughts, a koi fish as an avatar isn't quite as ridiculous as it sounds.

To learn about additional vehicles that debuted at the 2018 Detroit auto show, head to our dedicated hub.