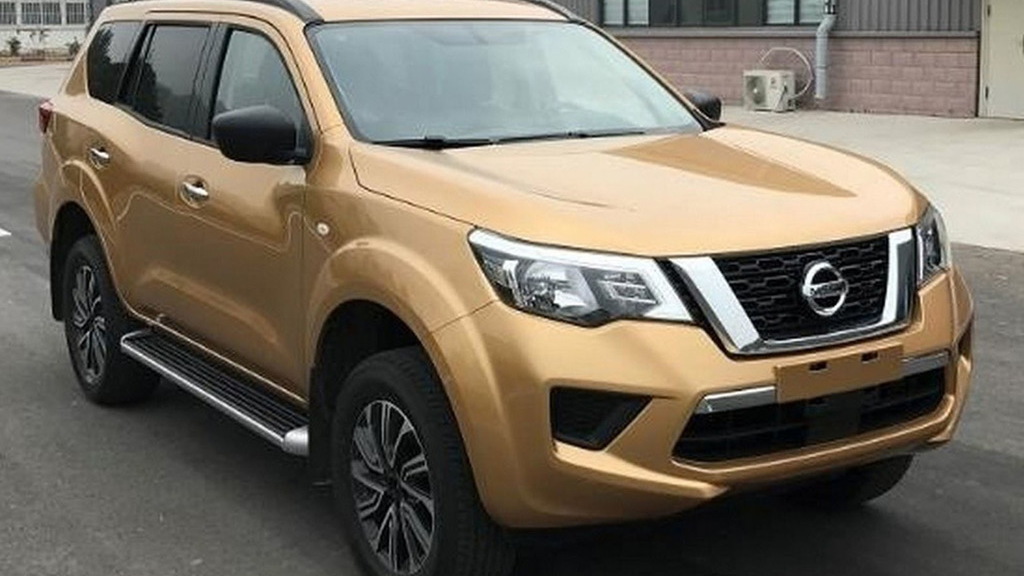 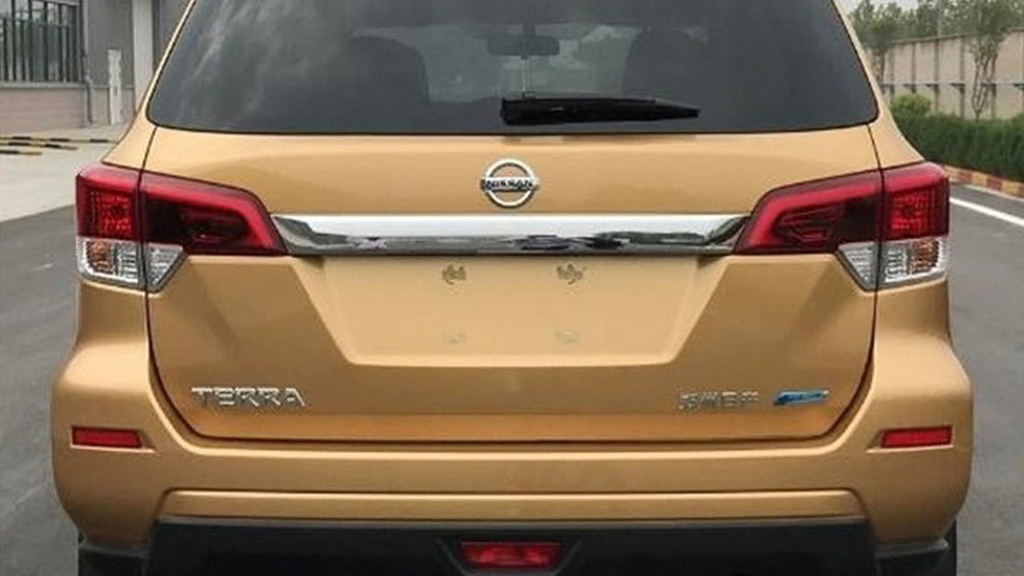 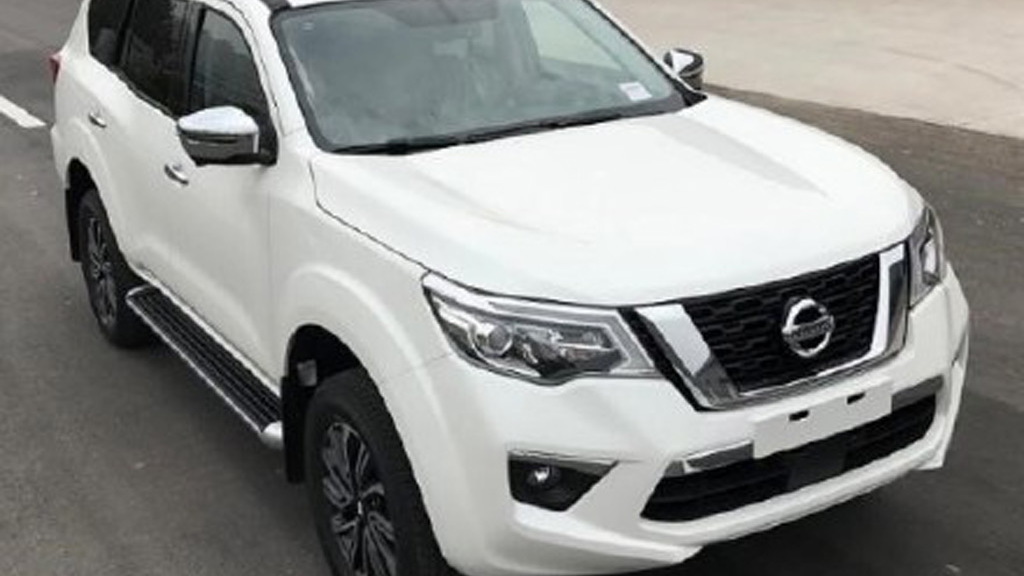 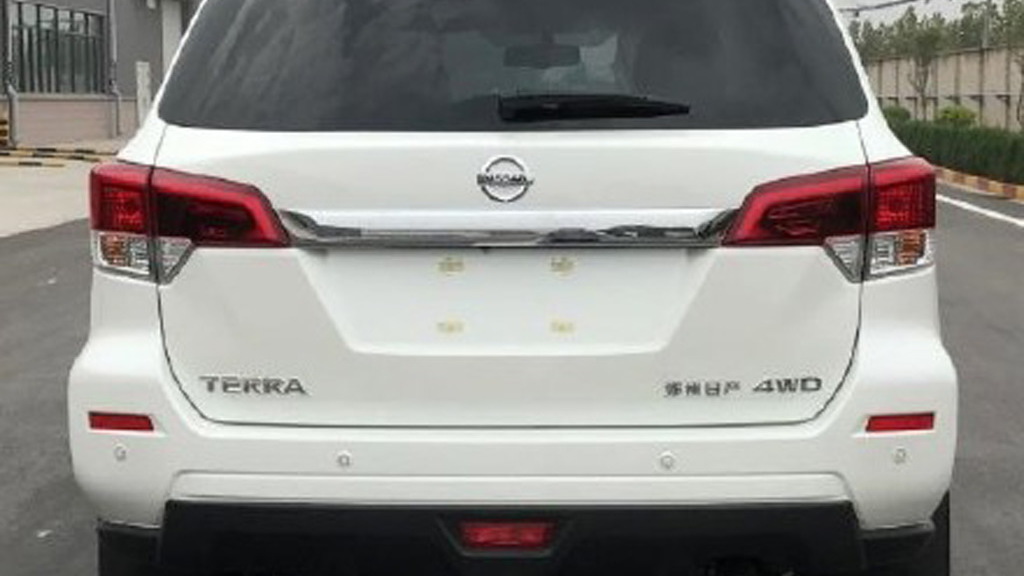 Nissan is close to revealing a new mid-size SUV based on the rugged underpinnings of the global NP300 Navara pickup truck, and the first photos of the completed design have hit the web.

The images were posted on Chinese social media website Sina Weibo and reveal that the new body-on-frame SUV will go by the name Terra. In China, it will serve as the replacement for the Paladin, the name which Nissan uses for the Xterra in China.

The Terra features seven seats split over three rows, allowing it to compete with rival body-on-frame 7-seaters such as the Chevrolet TrailBlazer, Ford Everest, Mitsubishi Montero Sport, and Toyota Fortuner. In China, it will be offered with a 2.5-liter inline-4 delivering about 183 horsepower.

Nissan is yet to confirm whether we’ll see the Terra in the United States, though the automaker certainly has room in its local lineup, especially now that the similar-sized Pathfinder has adopted car-like unibody construction.

We think the vehicle would make a worthy successor to the Xterra. That’s because the NP300 Navara pickup from which the Terra was derived was sold here in previous generations as a Frontier. And the Frontier shared its underpinnings with the Xterra.

Interestingly, we hear Nissan is cooking up a new Frontier for the U.S. The pickup is due later this decade and is expected to be closely related to the global NP300 Navara, so perhaps an SUV variant bearing the Terra or Xterra name could follow.

The previous Xterra was one of the few mid-size SUVs civil enough to drive around town but also perfectly capable off the pavement, and a new generation could prove decent competition for the new Jeep Wrangler Unlimited and Ford Bronco.

We should have more details on the Nissan Terra following the vehicle’s expected world debut next April at the 2018 Beijing auto show. Stay tuned.