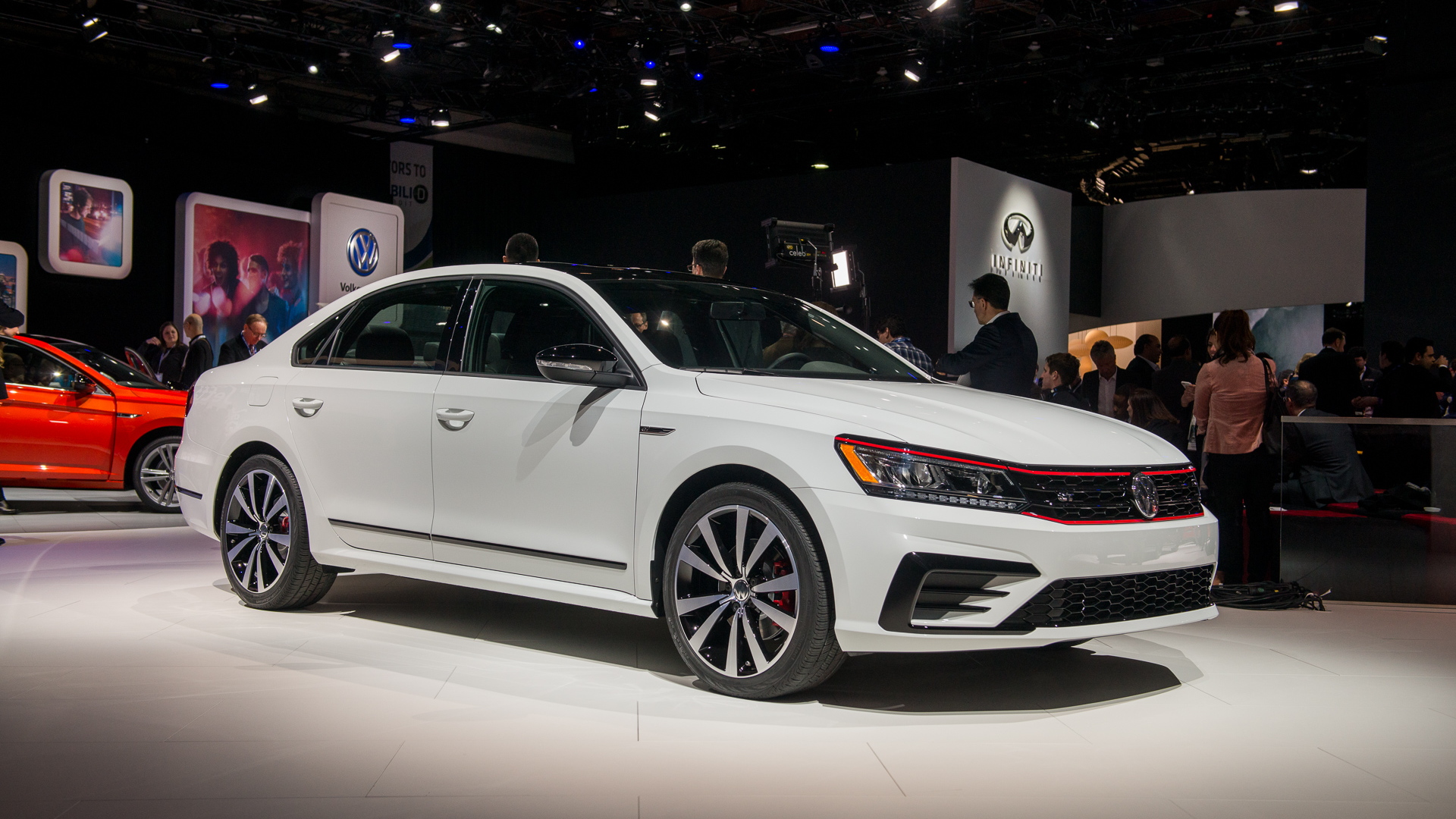 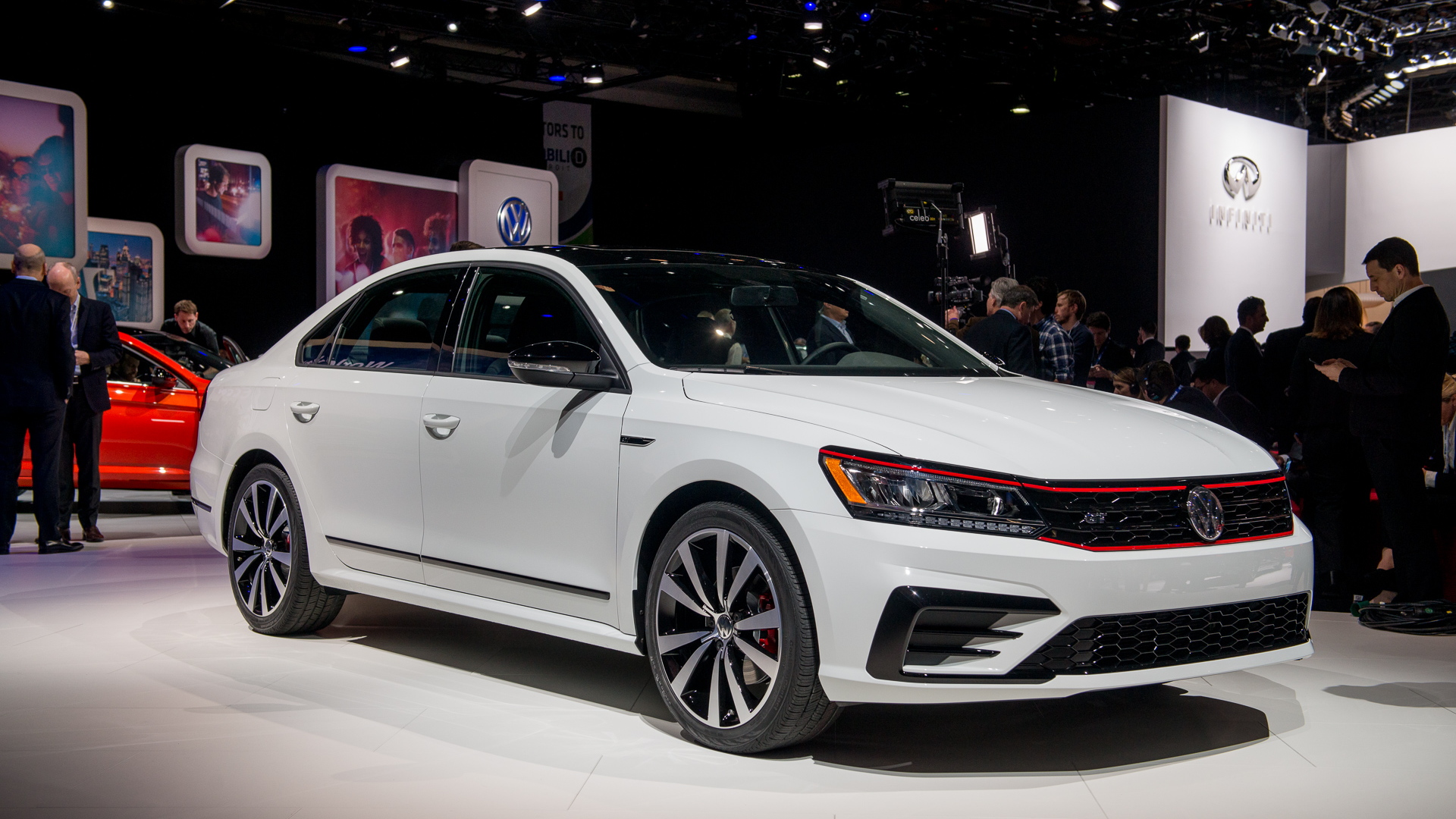 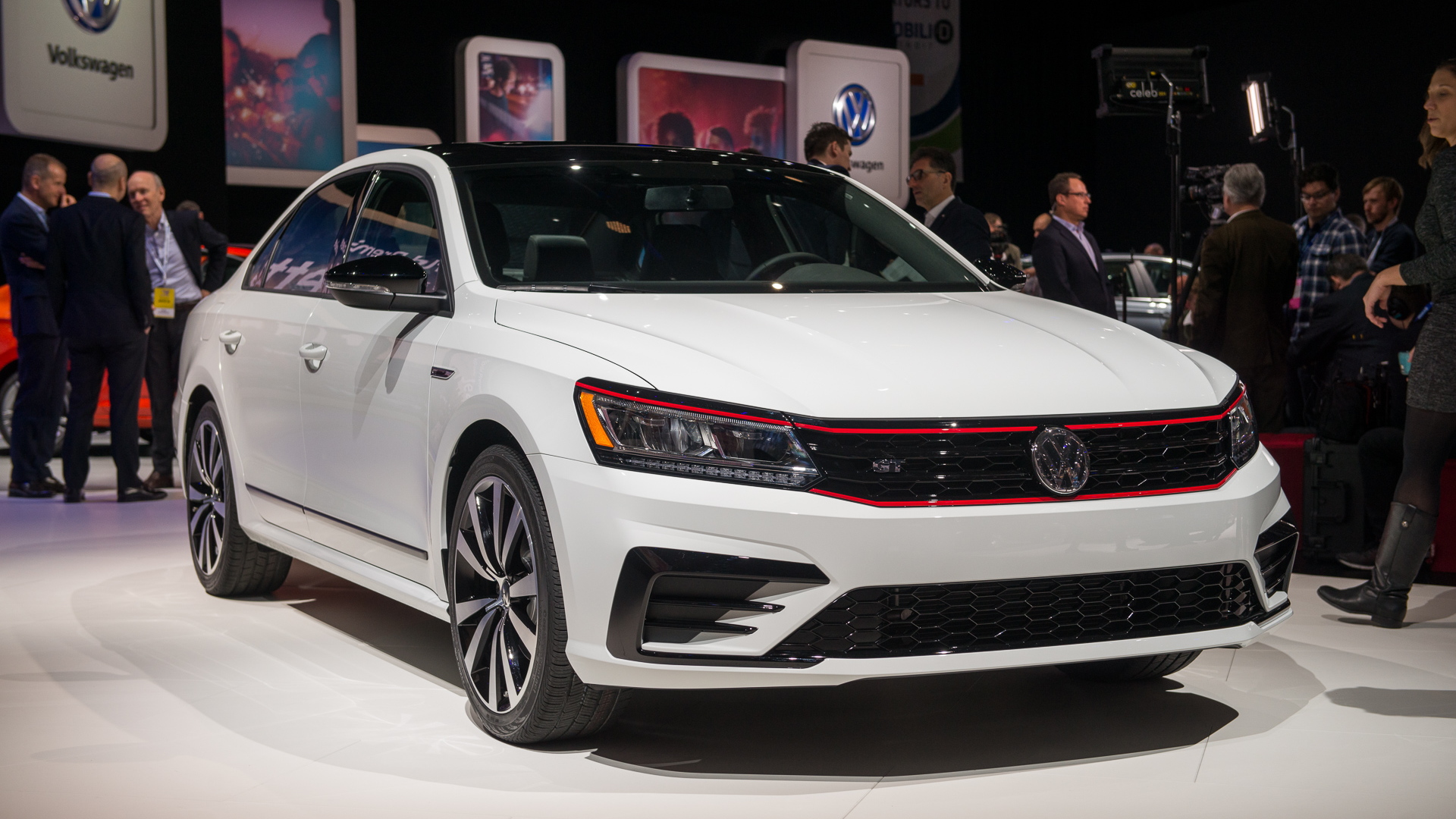 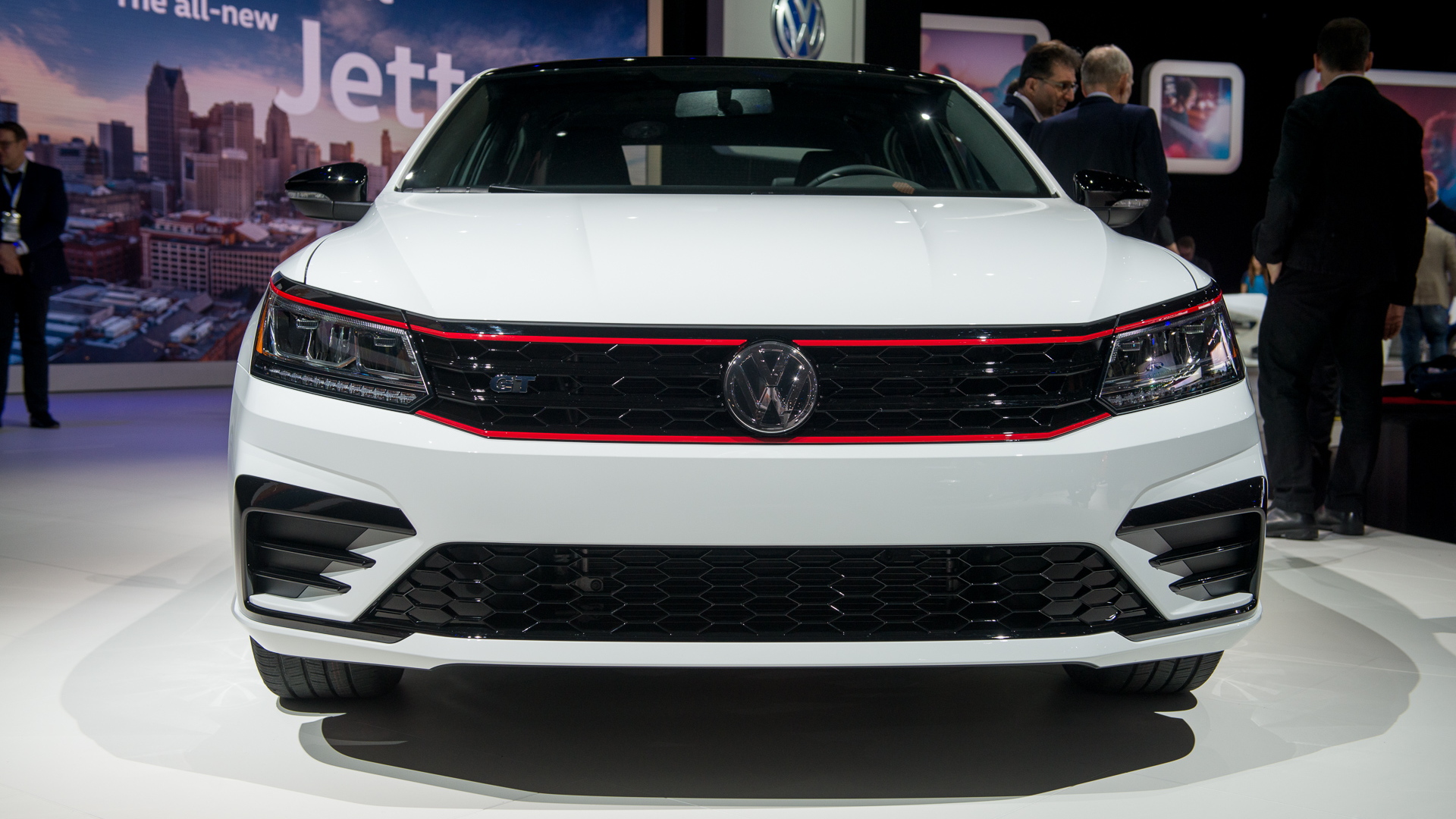 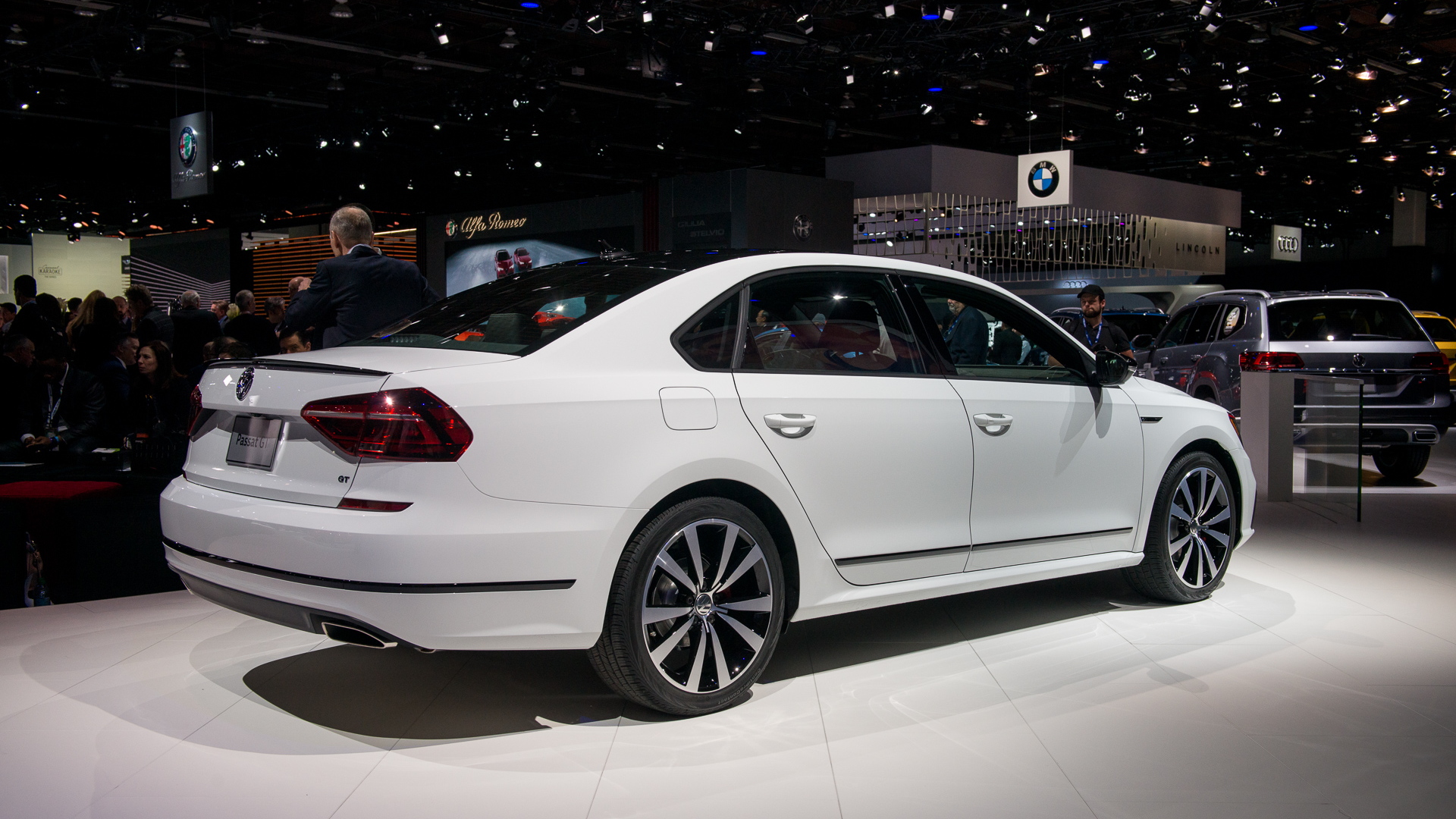 The 2018 VW Passat GT is not the 4-door GTI it could have been. That’s probably just fine with buyers looking for a little more zest in their mid-size sedan, however.

For the most part, the Passat GT follows the standard souped-up mid-sizer playbook to a T. Or a GT, if you will. It rides on a lowered suspension, its wheels are larger (19-inches), and its styling is a hint more boy-racer with requisite hints of red on the front fascia and the brake calipers. Inside, it gets shiny black plastic trim, a black headliner, and seats wrapped in gray and—you guessed it—black leatherette upholstery.

Think of it as something as a placeholder until the VW Arteon arrives with its shapely styling.

MORE: Could a VW pickup come to the U.S.?

VW kept the Passat’s strong, if thirsty 3.6-liter V-6 and 6-speed dual-clutch automatic transmission. In the Passat GT, the V-6 is rated at 280 horsepower and 258 pound-feet of torque and it sends power to the front wheels.

That makes it a worthy rival, at least on paper, to zippier mid-size sedans like the Toyota Camry XSE and the Honda Accord Sport, although it's not quite as extreme as a Ford Fusion Sport.

The Passat GT adopts the tamer, 2.0-liter turbocharged Passat R-Line’s exterior styling cues but goes a step further with a lower suspension and sports exhaust system, not to mention the V-6 engine.

In terms of positioning, the Passat GT stickers for $29,940 including a mandatory $850 destination charge. Its equipment level builds on the mid-level Passat SE with features like a 6.3-inch touchscreen for infotainment, Apple CarPlay/Android Auto compatibility, heated front seats, and a power driver’s seat.

VW says that the Passat GT will go on sale late spring and it will be offered in four exterior hues: Pure White, Reflex Silver, Platinum Grey, and Deep Black. The car made its debut on Monday at the 2018 North American International Auto Show in Detroit. For more coverage, head to our dedicated hub.