Volkswagen’s Arteon will go on sale next year as the replacement for the CC. It arrives as a 2019 model and has little in the way of direct competition, apart from the Buick Regal Sportback. Some buyers may also want to check out the Audi A5 Sportback or perhaps even the Kia Stinger.

The Arteon is already on sale in Europe, but here in the United States the handsome fastback sedan is due to make its debut in mid-February at the 2018 Chicago auto show. That’s according to Consumer Reports, which also reports that the car’s starting price will likely come in close to the CC’s $34,500 base sticker.

VW told Motor Authority at the Arteon’s 2017 Geneva motor show debut that the car will be in showrooms by mid-2018. 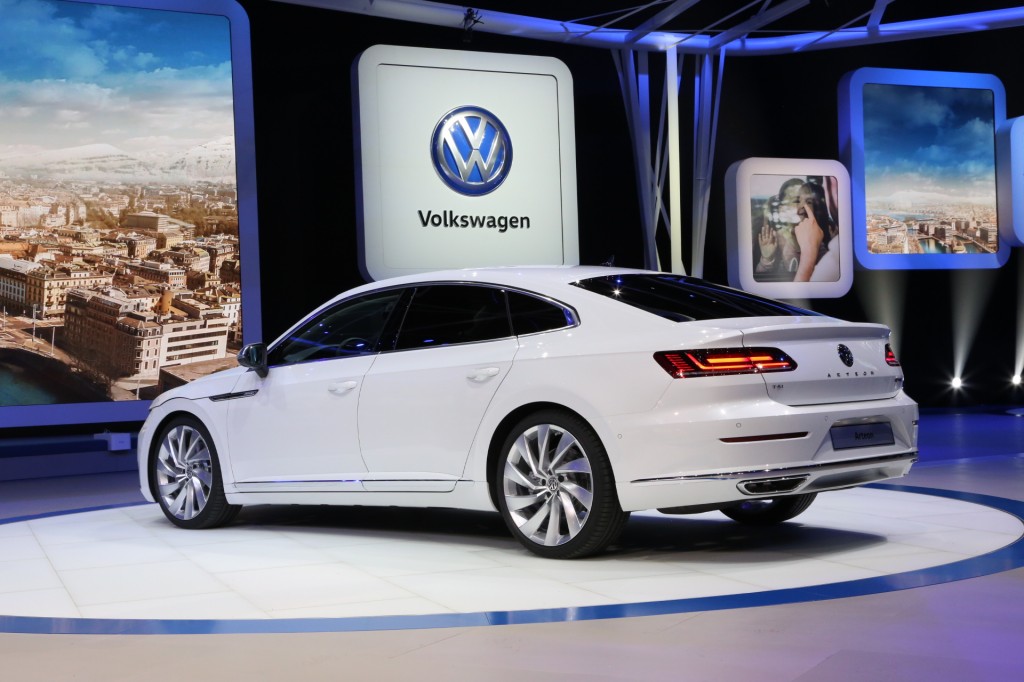 The Arteon is based on the Volkswagen Group’s MQB platform found in models like the Golf and Atlas. Local specifications are yet to be revealed but expect the standard powertrain to be a 2.0-liter turbocharged inline-4 delivering 276 horsepower. That’s well up on the CC’s 200-hp rating for its final year on the market.

Though it’s yet to be confirmed, we hear VW might eventually add an Arteon R with a 3.0-liter turbocharged V-6 dishing out close to 400 hp. This model should easily satisfy those VW fans longing for a fast 4-door from the brand.