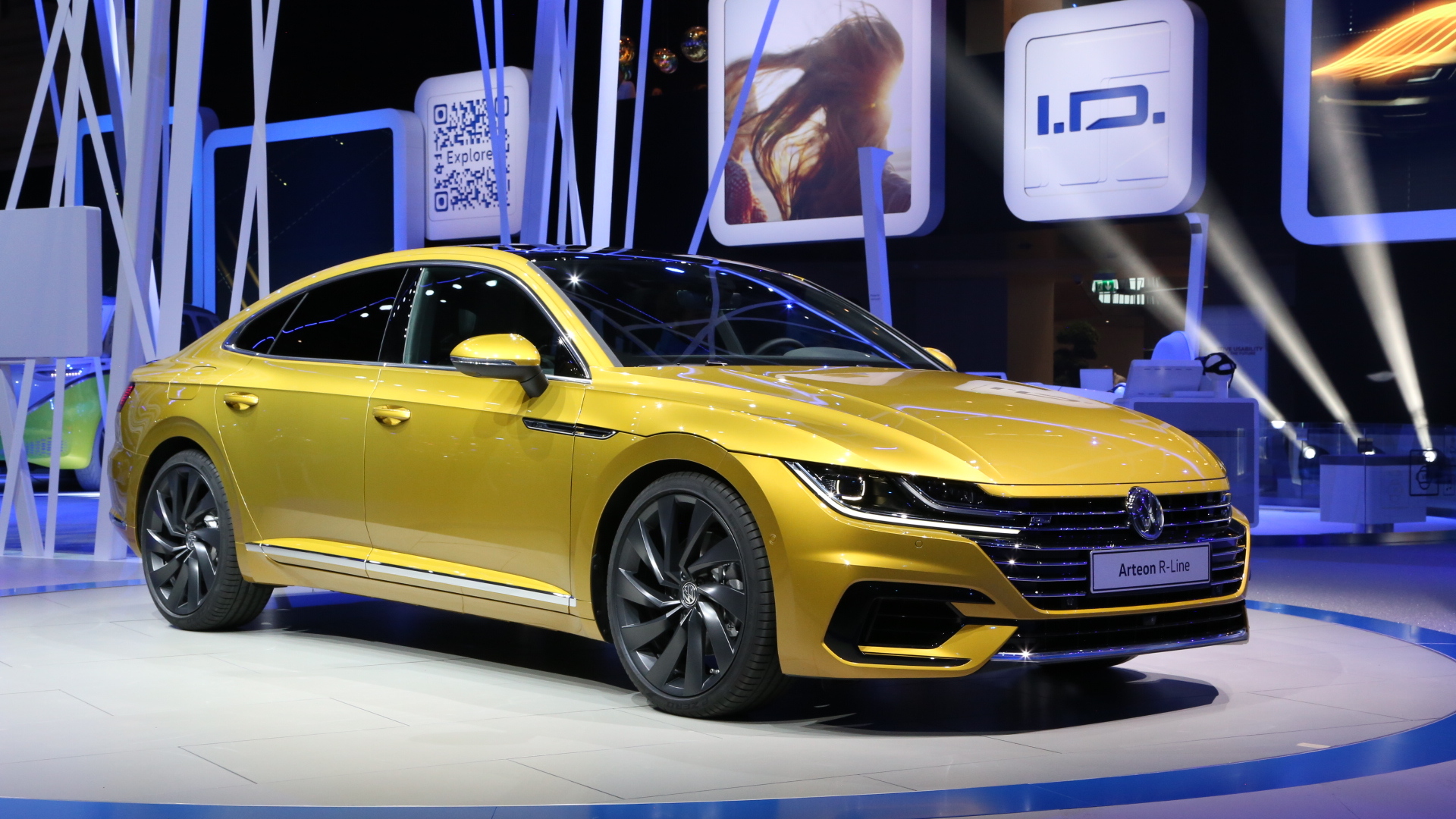 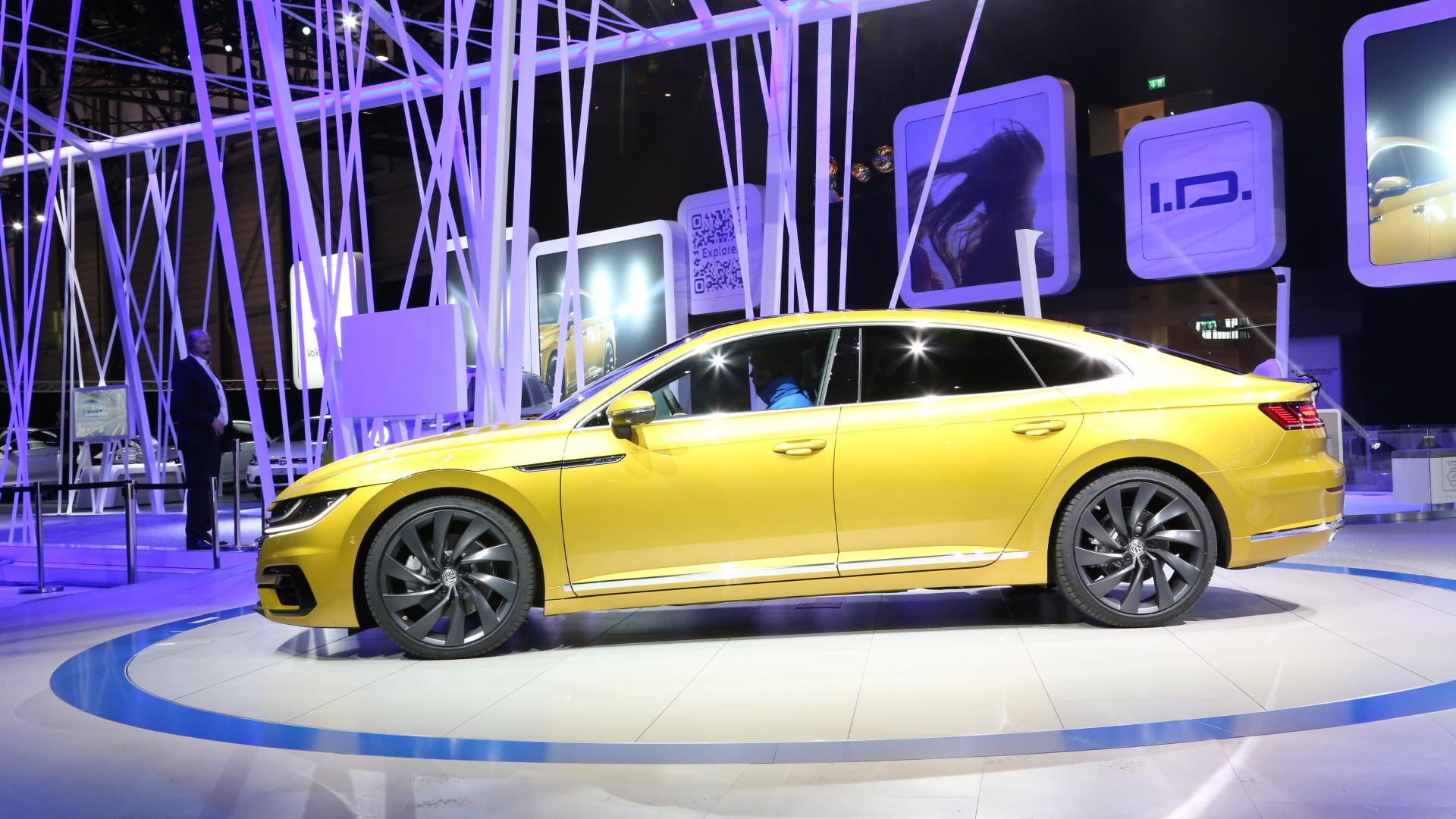 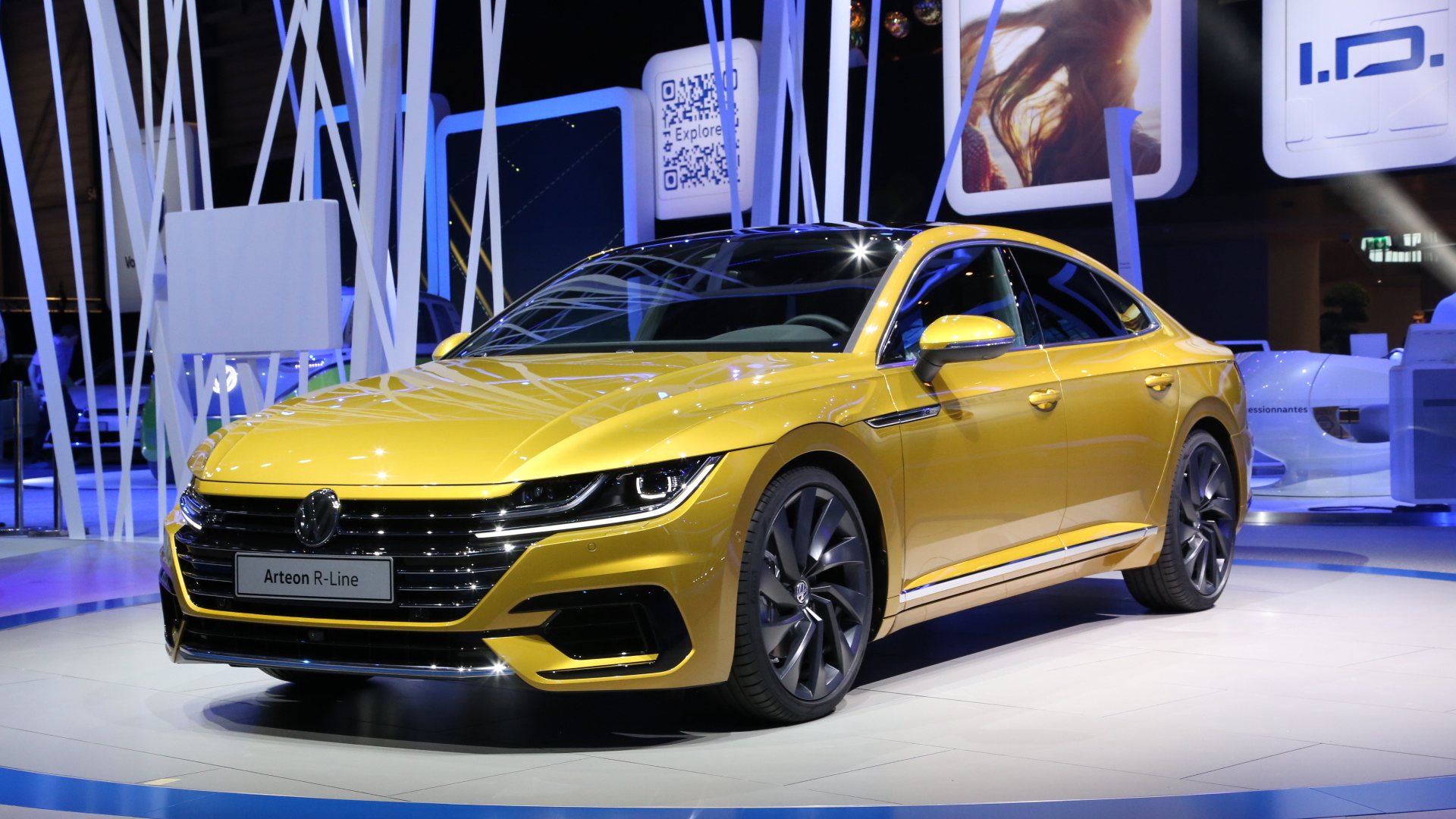 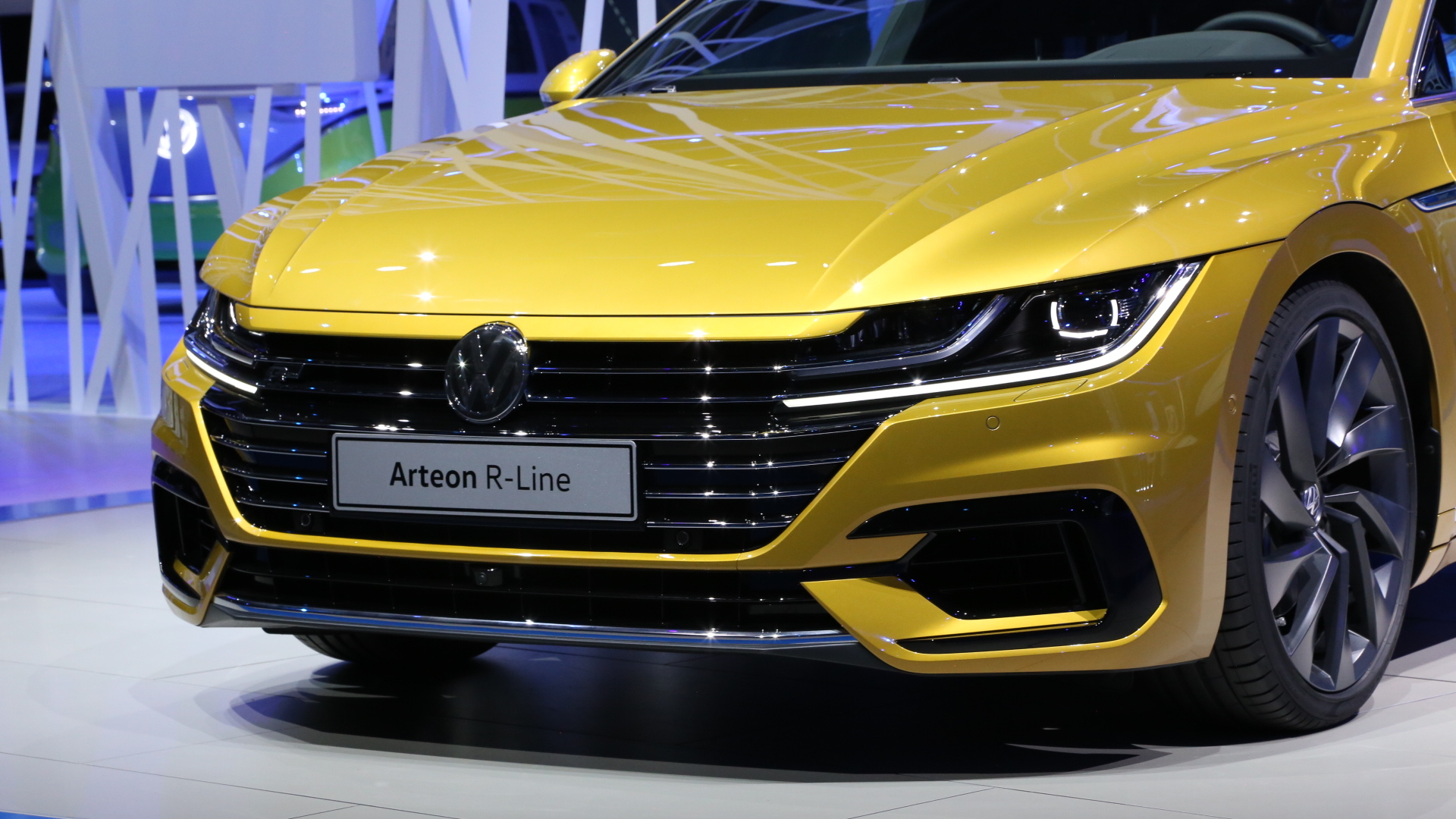 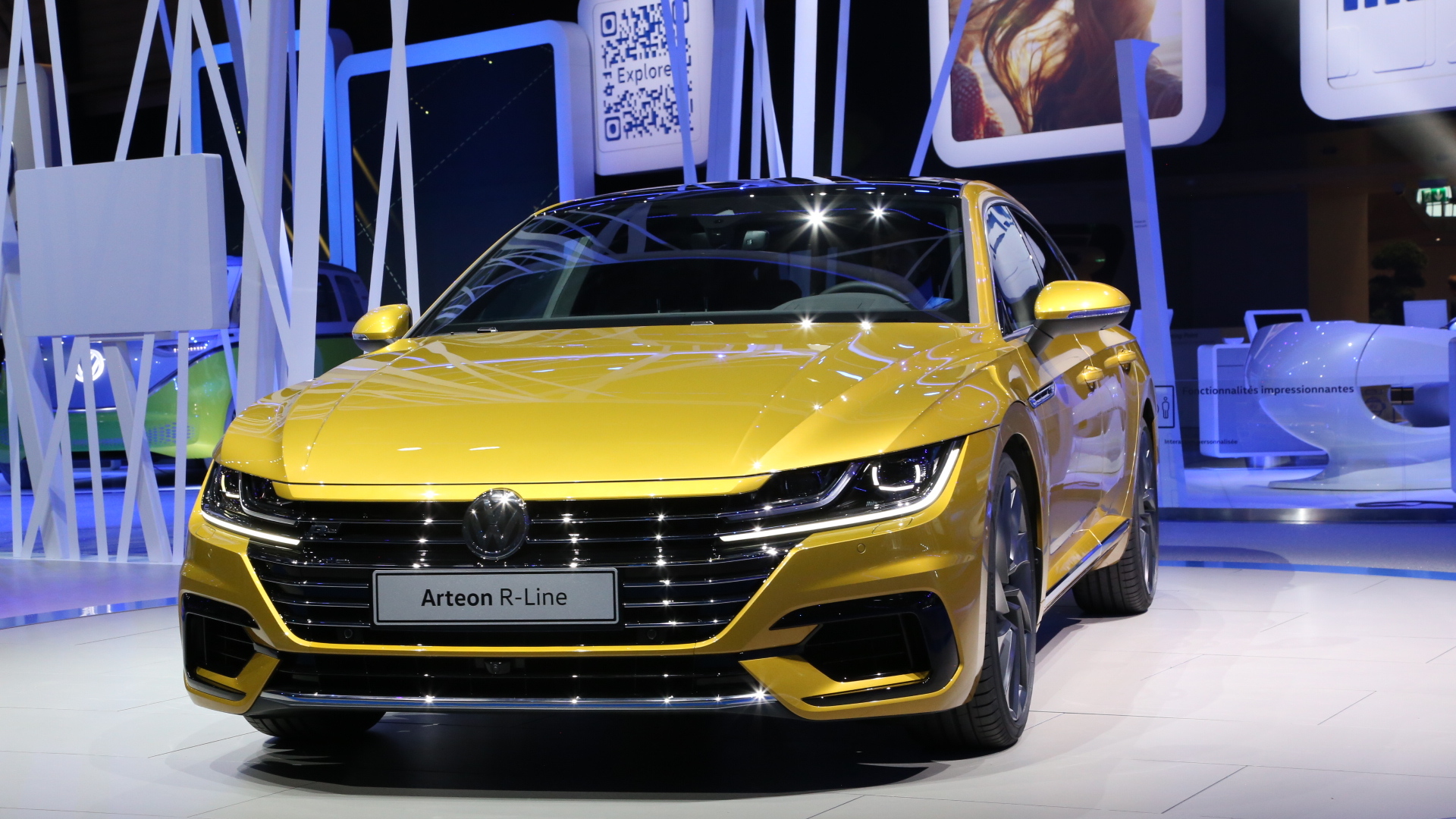 Volkswagen design hasn't been very exciting of late, but then again, it hasn't been that exciting for quite some time. One car that has exuded style since it was released is the Volkswagen CC, and the next generation of this fastback sedan has just been revealed ahead of its formal debut tomorrow at the Geneva auto show.

VW is calling it the Arteon but the version due to reach the United States in mid-2018, as a 2019 model, will possibly be the CC once again. While the CC has never been a big seller here, in the absence of the Phaeton it helps fill the important flagship sedan role for VW.

The Arteon was previewed in concept form two years ago and heralds the arrival of a new, more dynamic design language for the VW brand. The most dramatic element is the grille whose horizontal slats are integrated with the internals of the LED headlights. The body panels are also much more sculpted than usual and at the rear a number of horizontal lines help to instill a sense of width.

For a sportier look, buyers will be able to add an R-Line package. This adds custom bumpers and wheels plus a few sporty items in the cabin.

Speaking of the cabin, the layout is typical of the latest VW models. However, the vehicle includes as options a digital instrument cluster and VW’s latest infotainment system complete with gesture control. In the various menus of the infotainment system, all it takes is a swipe gesture to move menu items left or right, allowing the driver to quickly scroll through pages.

Other tech includes VW’s latest adaptive cruise control system which now takes into account data such as speed limits and/or route information and automatically adjusts the speed accordingly. The headlights can also predict a corner via GPS and road data and bends the light to aid visibility. And among the electronic driving aids is an emergency feature that can automatically bring a car to a stop at the side of the road if the driver passes out.

There’s plenty of space, too. The platform is the flexible MQB found in the Golf, and for the Arteon it’s been stretched to an overall length of 191.4 inch inches and a wheelbase of 111.9 in. This means more interior space compared to the current CC whose overall length is 189 in but wheelbase is only 107 in. VW quotes 55 cubic feet of storage space all up.

In the powertrain lineup, the Arteon, depending on the market, will come with up to six options, the most powerful delivering 276 horsepower. Transmissions include 6-speed manual and 7-speed dual-clutch units and buyers can also choose from front- or all-wheel drive.