Volkswagen will replace the CC next year with a new model called the Arteon.

The sultry fastback sedan made its debut in March at the 2017 Geneva motor show and so far the most potent version we’ve seen offers up a respectable but hardly exciting 276 horsepower.

VW could spice things up with a much more powerful Arteon R model, however.

That’s the word of company spokesperson Martin Hube. Speaking with Car Throttle, Hube said VW is developing a new 3.0-liter turbocharged V-6 for the Atlas but is also testing the engine in the Arteon. The best part? The engine delivers a stout 404 horsepower. 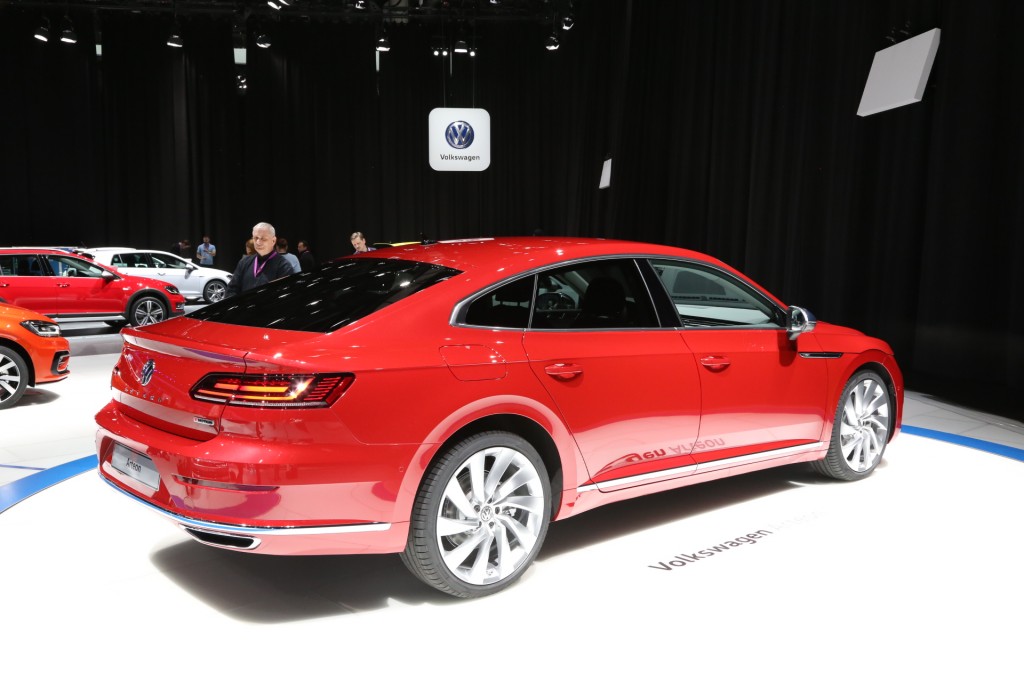 “We’ve combined it with the last version of the Haldex [all-wheel-drive system], where you can provoke a bit of oversteer,” Hube said. “This is a real agile, powerful car.”

VW’s recent appointment of motorsport veteran Jost Capito as the head of its R division is a sign the automaker is serious about expanding the offerings. Capito most recently led VW’s World Rally Championship team but prior to that he was in charge of Ford’s SVT division where he was responsible for previous generations of the F-150 Raptor and Focus RS.

VW has just updated its Golf R and is currently testing a T-Roc R. It’s not much of a stretch to imagine an Arteon R also joining the fold.

The standard Arteon is due here in mid-2018, as a 2019 model. Specifications for our market our yet to be confirmed.