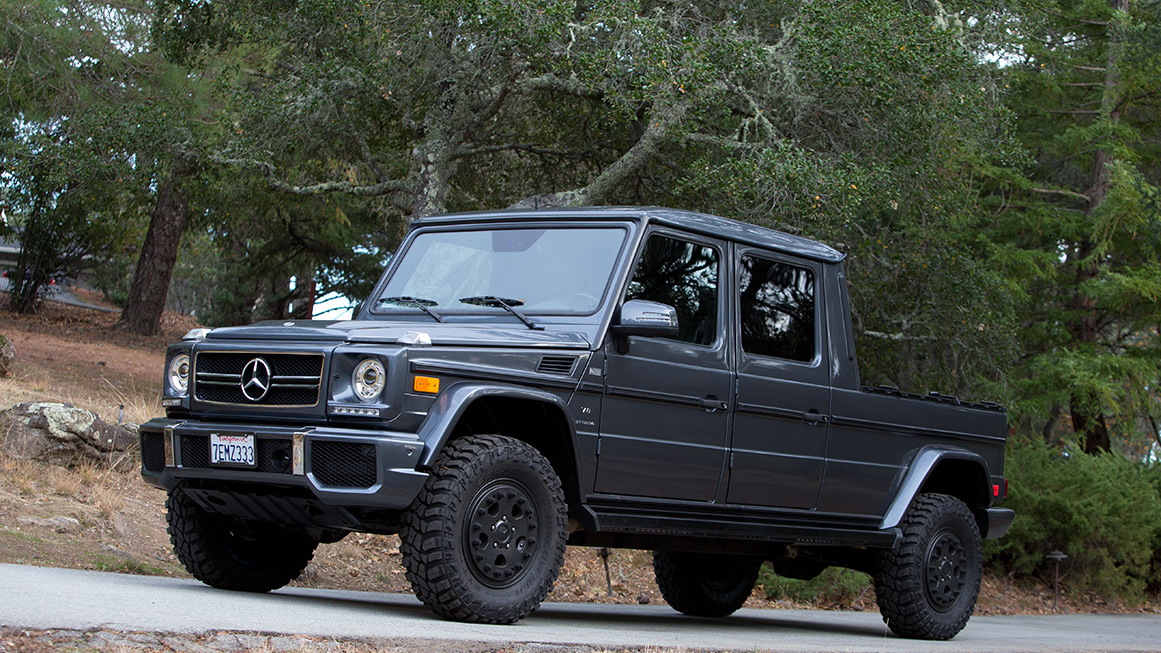 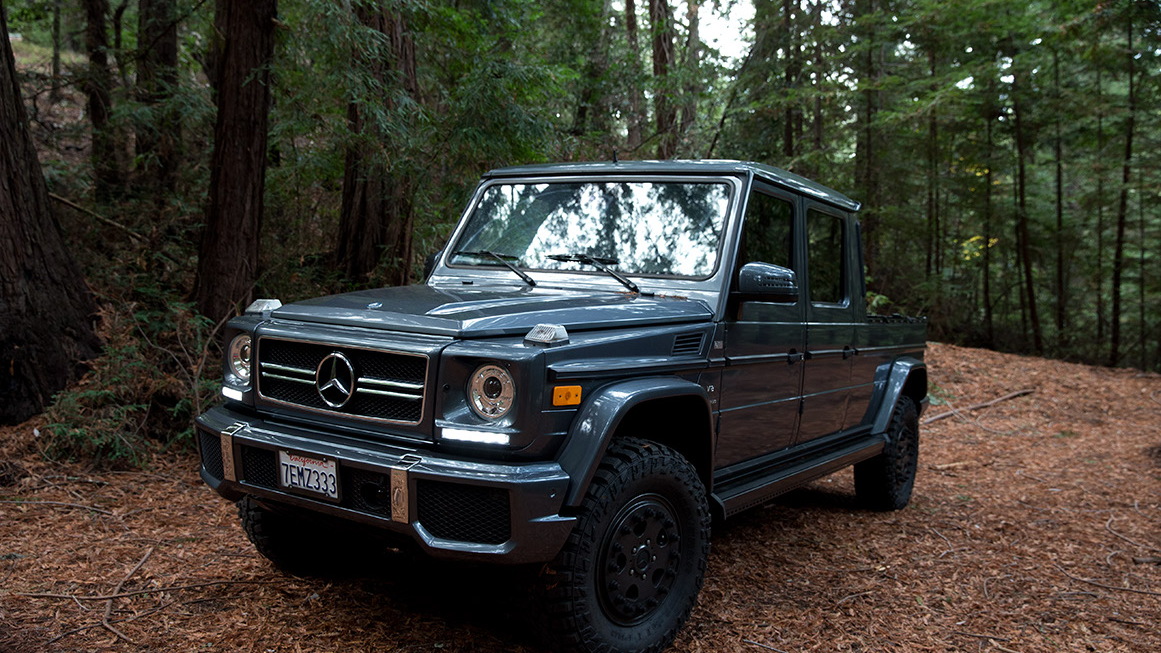 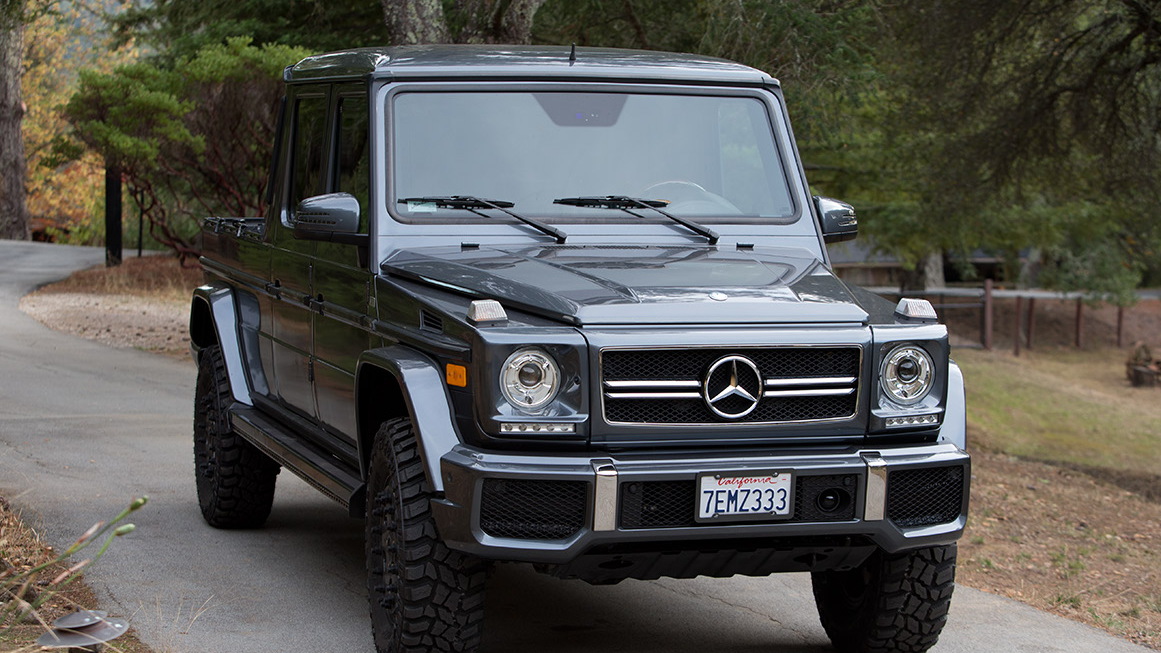 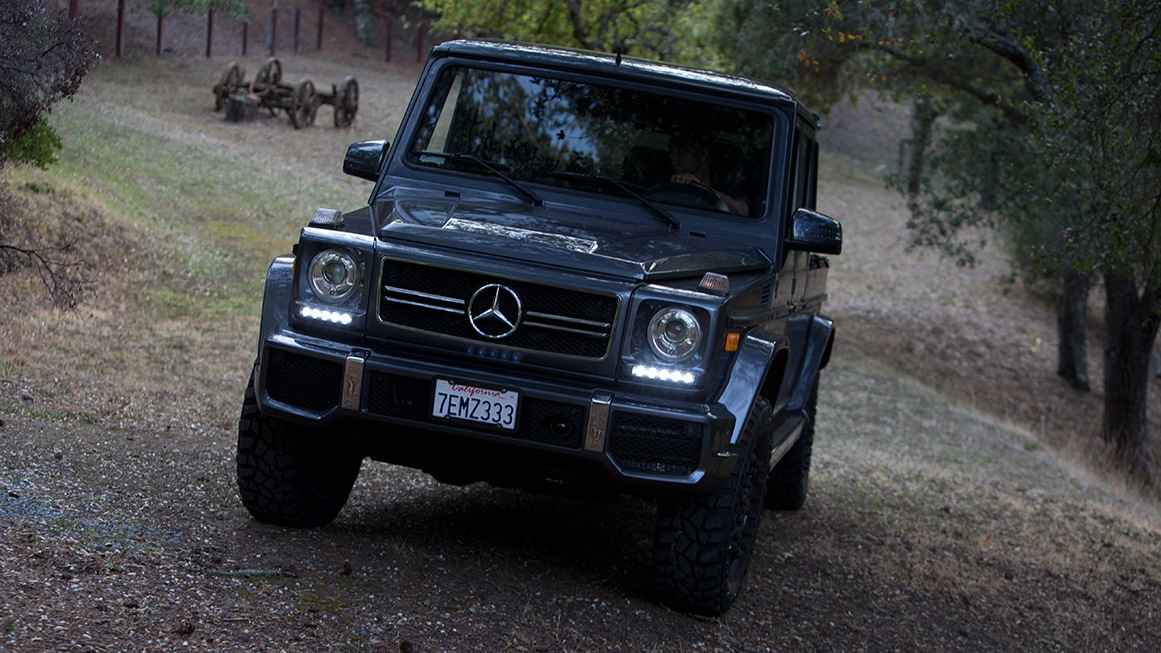 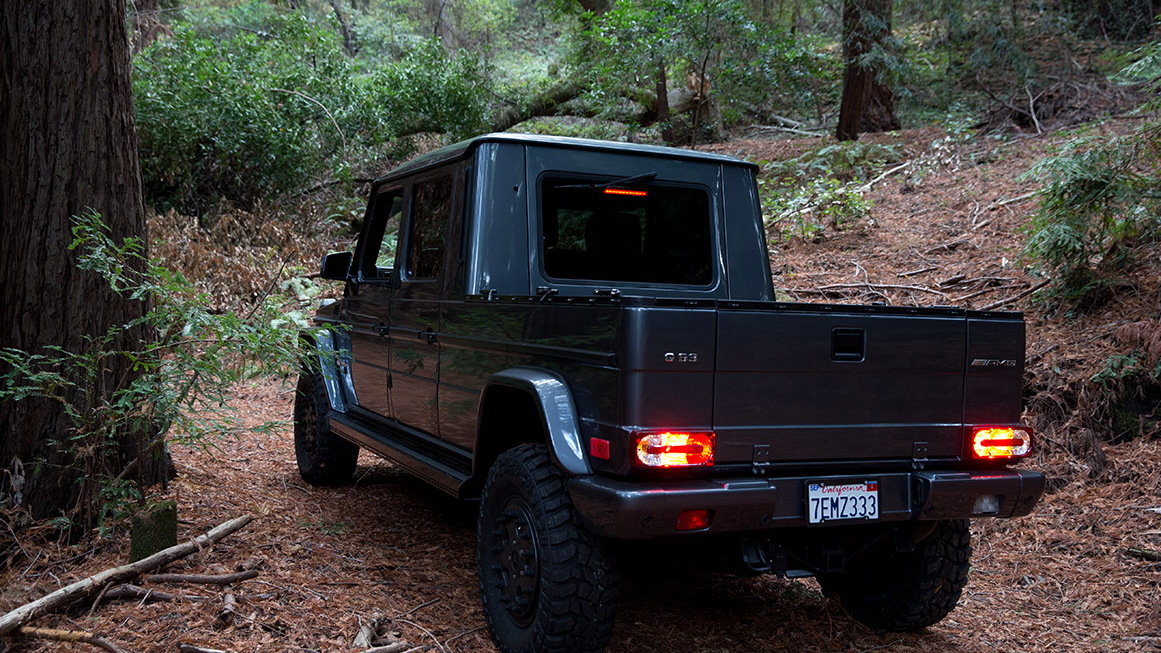 His one-of-a-kind 2006 Mercedes-Benz G500 pickup truck can’t turn a wheel without drawing a crowd, whether it’s off road in a forest full of redwoods or picking up groceries.

The project began in 2011. Mani, a tech entrepreneur from Woodside, California, was ready to tackle something different after restoring an MG Midget and a Triumph TR2. An avid mountain biker, Mani’s goal was to be able to lug five mountain bikes into the wilderness. Originally, the plan called for a Land Rover Defender 110, but then Mercedes-AMG caught Mani’s attention with the debut of its shining star, the G63 6x6.

Mani called the G63 6x6 AMG an “amazing piece of engineering,” but, "how do you pay that price and take it off-road?” Mani told Motor Authority.

The solution was simple: buy a used G-Class and turn it into his idea of an off-road pickup truck.

Things would have been easier if Mani had lived outside the U.S., as Mercedes-Benz makes a G-Class pickup truck for other markets, though it’s not nearly as luxurious inside or as off-road capable as the truck Mani had in mind.

A hard-target search uncovered a donor 2006 Mercedes-Benz G500 that Mani purchased in late 2013. The next step was to head off to the Netherlands, where several companies do G-Wagen conversions.

Why not the new (at the time) G63 or the previous G55? The G63 was too expensive and hard to find used, while the stock G500 had better off-road capabilities, according to Mani. Wheels and tires also played a factor. Mani wanted a bead-lock tire-and-wheel combo, but sourcing such a setup for the AMG models became cost prohibitive.

At the cost of about $5,000, Mani shipped the G500 to Albert Bouma at Ikwileeng in the Netherlands to begin the conversion.

Ironically, it wasn’t the build that caused the issues. As a non-EU vehicle, Mani had to pay taxes to import the G500 to the Netherlands. That was a headache.

Then, the G500 sat at port for a month as Mani arranged for the taxes to be paid with a bond that he could get back as long as the truck left the EU within a year.

The conversion itself wasn’t that hard. “It’s like Legos,” Mani said. “You can tear it apart and put it back together quite easy.”

Removing the body from the frame allowed Albert’s team at Ikwileeng to extend the frame rails, move the rear axle back, create an extended driveshaft, and reassemble everything.

New custom coil springs, Bilstein shocks, 8 cm Teflon bushings between the frame and the body, and 285/75R16 Cooper Discovery tires contribute to about 8 inches more ground clearance than a stock G500. The exhaust system had to be lengthened and rerouted.

The bed was sourced from a specific spec of G-Wagen Mercedes-Benz made for Scandinavian airlines in the 1970s and ’80s. These purpose-built pickups were single-cab small G-Wagens used for cargo handling duties. It went on without a problem.

In a typical G-Wagen the sunroof cables run all the way back in the roof, then come back forward under the seats. This posed a challenge for Albert’s team and required the cabling to be completely rerouted.

Mani noted “a lot of detail that adds up” went into this build. Typically, the rear wheels of a G-Wagen sit right below the rear passenger seat, so the rear wheel wells intrude into the rear doors. Extending the length of the G-Wagen allowed for larger, straight, square rear doors that, Mani says, "makes it look like a real pickup truck.”

Mani noted the spec of the completed truck is similar to the 6x6, but without the portal axles, and, of course, it lacks the additional axle. It’s still powered by the stock, naturally aspirated 5.0-liter V-8 engine. It retains all three locking differentials; Mani was happy to proclaim, “I’ve used them all.”

Once complete, getting it out of the Netherlands was just as hard as getting it in.

It took three to four months to figure out how to get the bond back, and once back on U.S. soil—customs wouldn’t clear it.

U.S. Customs had paperwork for a Mercedes-Benz SUV, but what sat in front of them was a Mercedes-Benz pickup truck. After Mani called a special division of the DMV to file a lot of paperwork for custom cars, the truck was released. “You need to get a little lucky with the Customs officials,” Mani said.

The G-Wagen pickup truck now roams the hilly range of Menlo Park and Palo Alto, California. The new configuration provides better-than-stock departure and approach angles, all while allowing for five mountain bikes to be hauled through the forest.

Driving the G-Wagen pickup truck is like “pushing a box through a wind tunnel,” Mani said. “It’s the worst, worst car you could use for regular driving," Mani quipped, but for off-roading he said: “I haven’t found a more capable vehicle.”

Advice Mani would give to those wanting to attempt a similar build? Buy the donor vehicle in the U.S. and do at least one emissions test in the States. Otherwise, “you’re going to get into all sorts of trouble trying to register it.”

No matter where Mani goes with the G-Wagen pickup truck, it gets attention. Driving on Skyline Boulevard in the hills outside of Menlo Park in August 2017, Mani came upon a fleet of prototype cars wrapped in camouflage. Minutes later the prototypes were chasing him down.

Turns out they were Mercedes-Benz vehicles and the engineers testing them peppered Mani with questions about his truck.

A few unsolicited purchase offers have come in over the years, the most creative was from a broker in LA who said a Hollywood movie star saw a picture of it and wanted it at any price. The broker wouldn’t divulge the client’s name, “but basically everything he said pointed to Brad Pitt,” Mani surmised.

Mani just wanted an off-roader capable of hauling mountain bikes through the woods. He ended up with a one-of-a-kind Mercedes pickup that grabs attention from engineers, movie stars, and everyone in between.