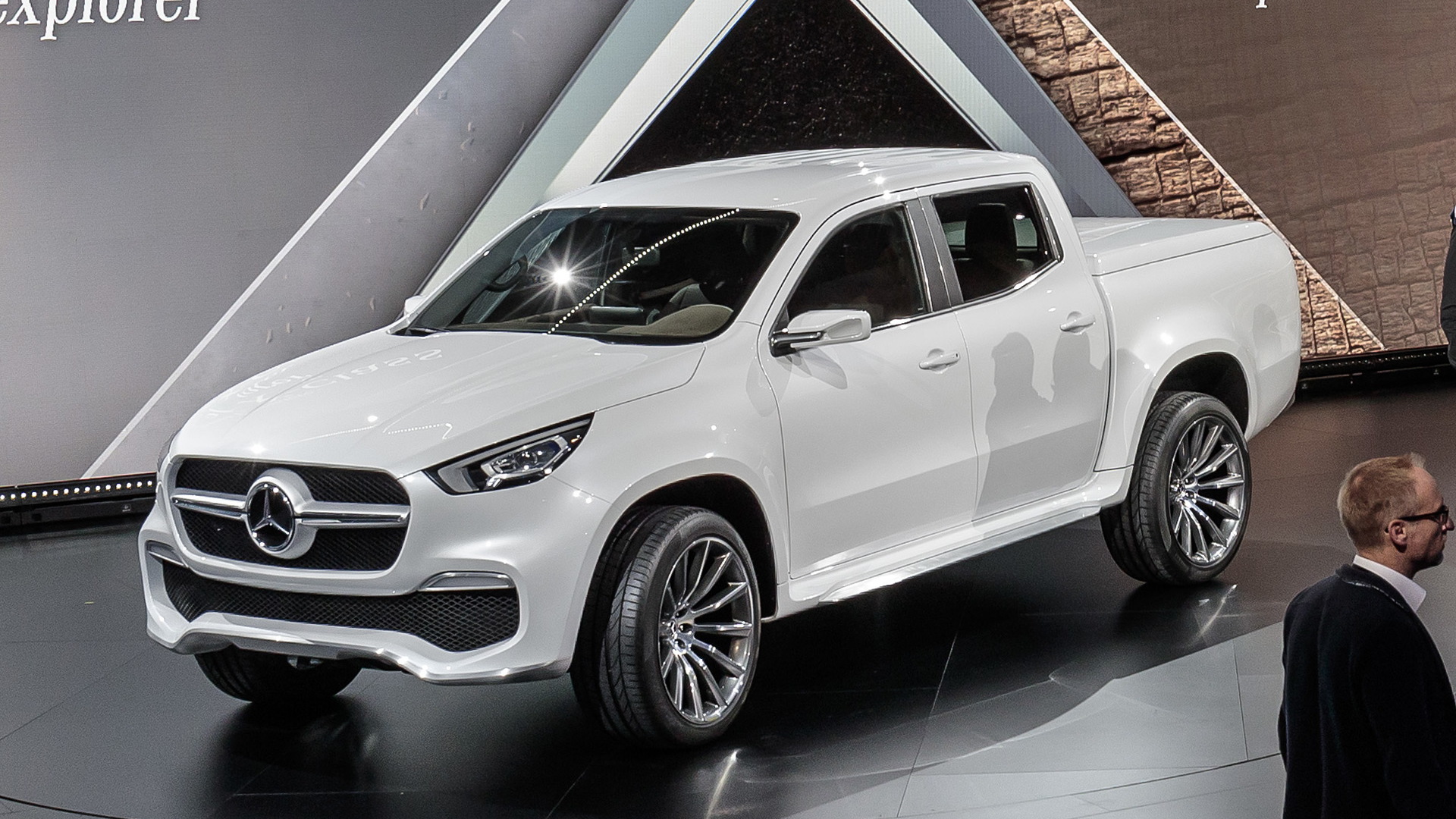 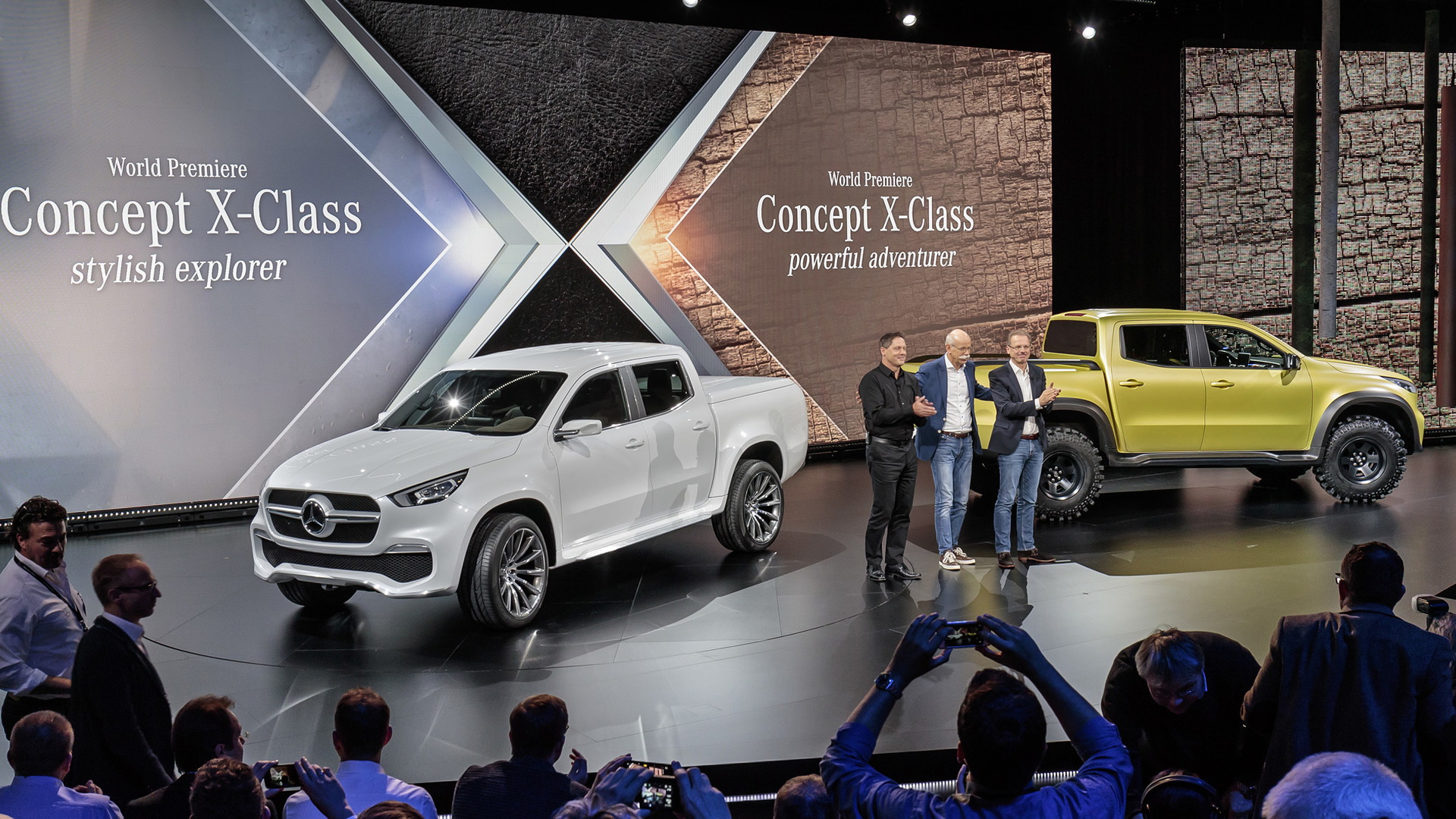 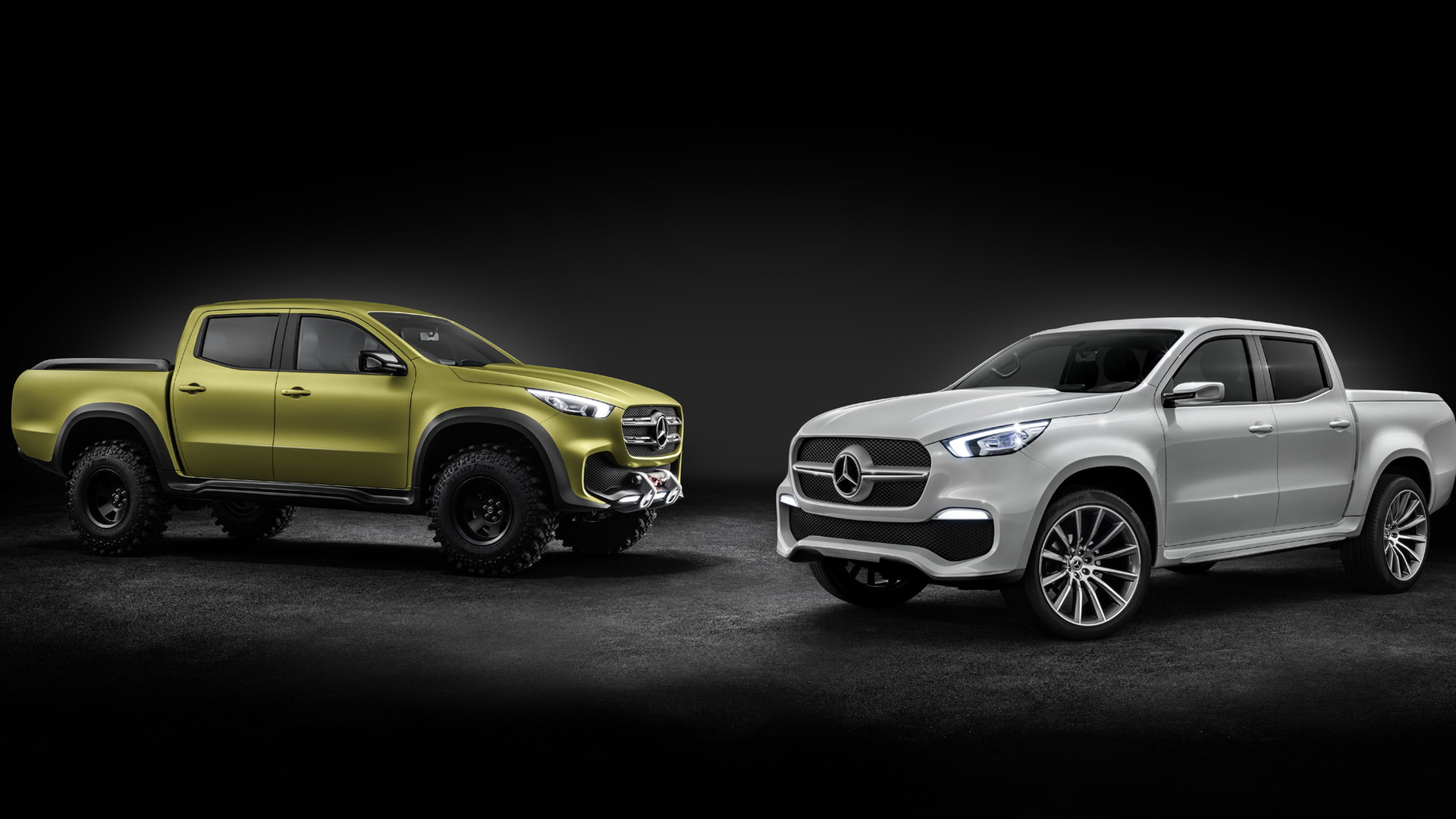 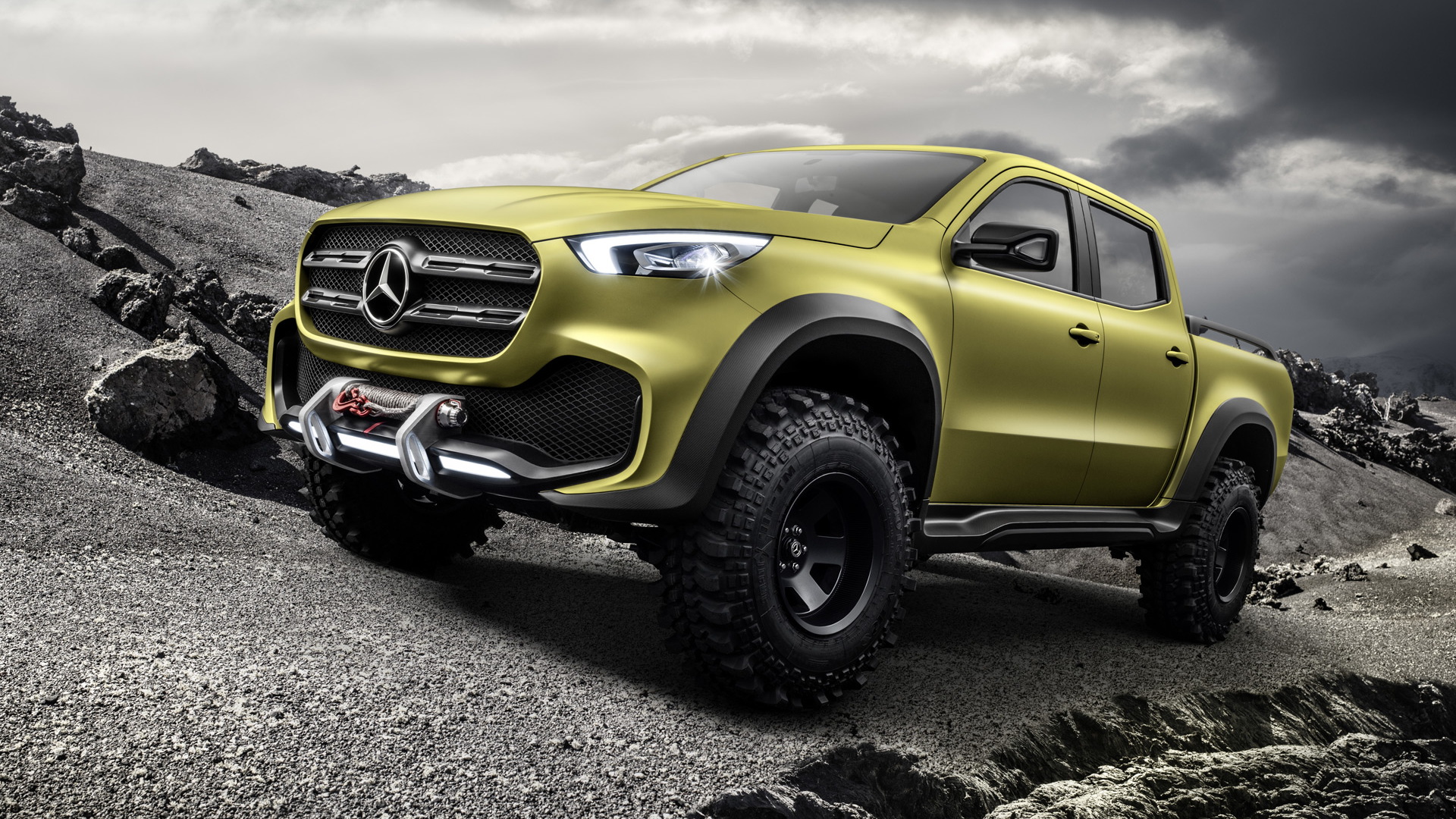 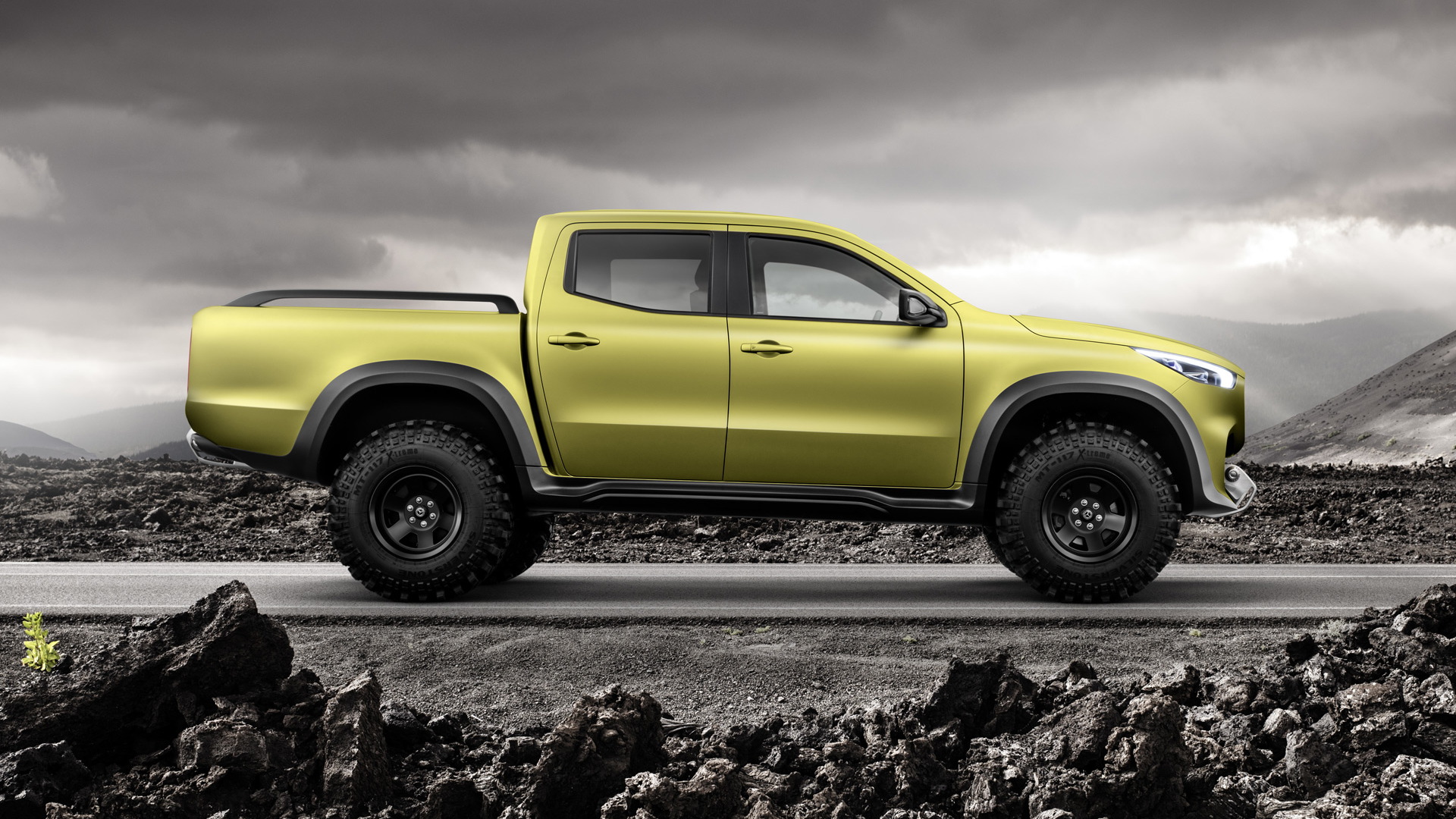 Mercedes-Benz has finally pulled the wraps off its mid-size pickup truck, the long-rumored and finally unveiled X-Class.

The X-Class still is a concept at this point, but it's a concept in that wink-wink nudge-nudge sort of fashion. The final version should arrive at an upcoming auto show before hitting showrooms late in 2017. Well, not U.S. showrooms, of course, as we're not going to get the Benz pickup.

We've seen the spy shots of what we assumed would be called either the GLT or possibly the X-Class. It's built upon the bones of the latest Nissan NP300 Navara pickup, which is a body-on-frame truck. This truck also exists in rebadged form as the Renault Alaskan.

Both the Navara and Alaskan are built in Nissan's plant in Spain. The Mercedes version will travel those same production lines. Another plant in Argentina also builds the trucks.

Mercedes plans to sell the X-Class in South America, Europe, and Australia, initially.

The truck was unveiled at an art gallery in Stockholm, where Mercedes boss Dieter Zetsche said he loves trucks and hates blank spots in the automaker's lineup.

Mercedes wants to make sure its truck blends the luxury and style it's known for, with the tough requirements asked of any pickup truck. The mid-size truck market is one that Benz finds attractive, as it predicts a rise to 2,800,000 vehicles sold in just a few years' time. People who might buy the X-Class? Not the hardcore everyday users as much as city dwellers that want to bring more of their stuff on adventure weekends.

The X-Class is powered by a turbocharged V-6 diesel engine and features a dual-cab body. There's a live rear-axle out back with spring dampers, which is said to help on and off-road driving comfort. The concept version packs a winch, blacked-out wheels, and a paint scheme borrowed from Mercedes' long-ago electric SLS AMG.

A second version of the concept, in silver paint, is a more luxury-oriented design.