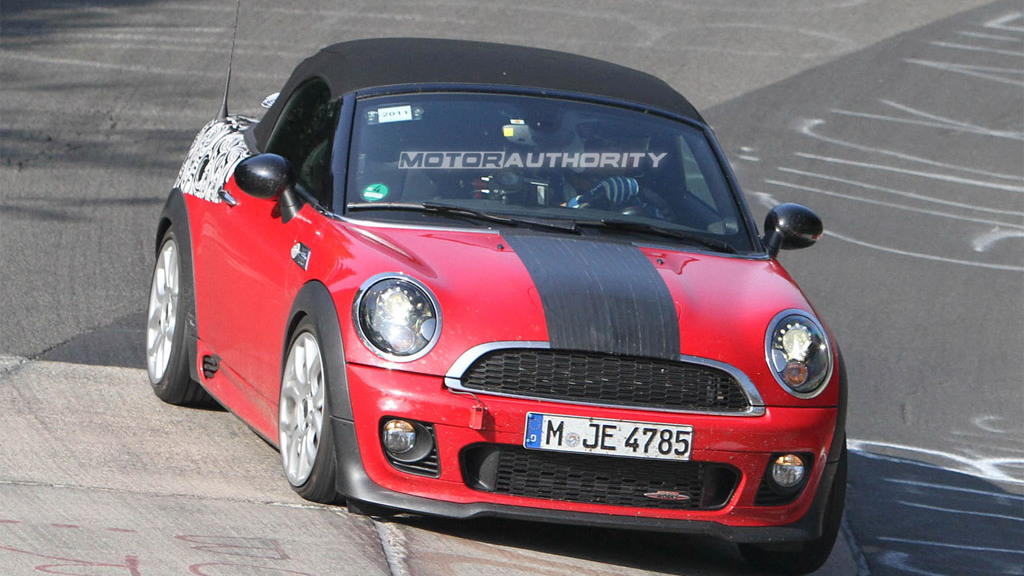 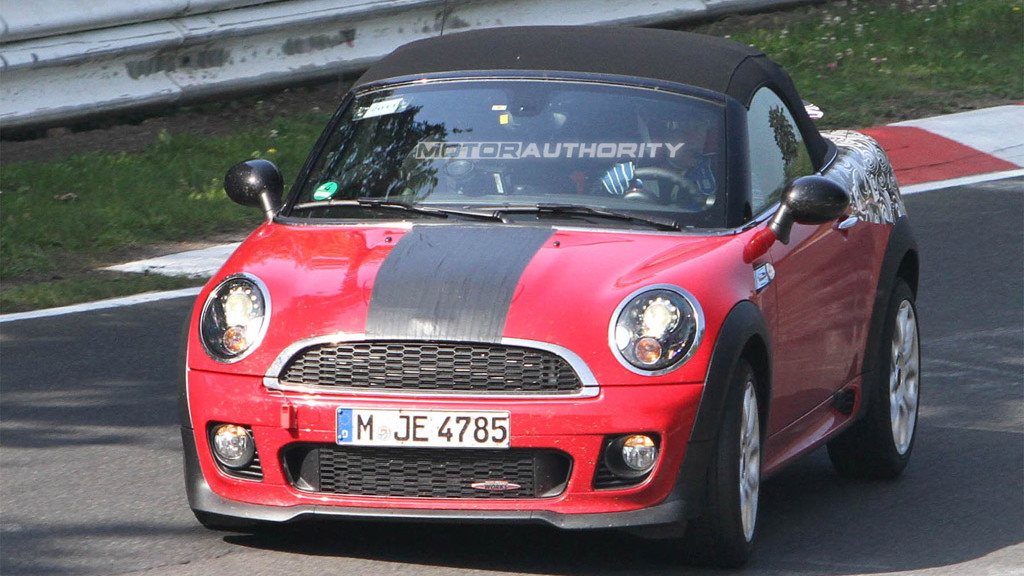 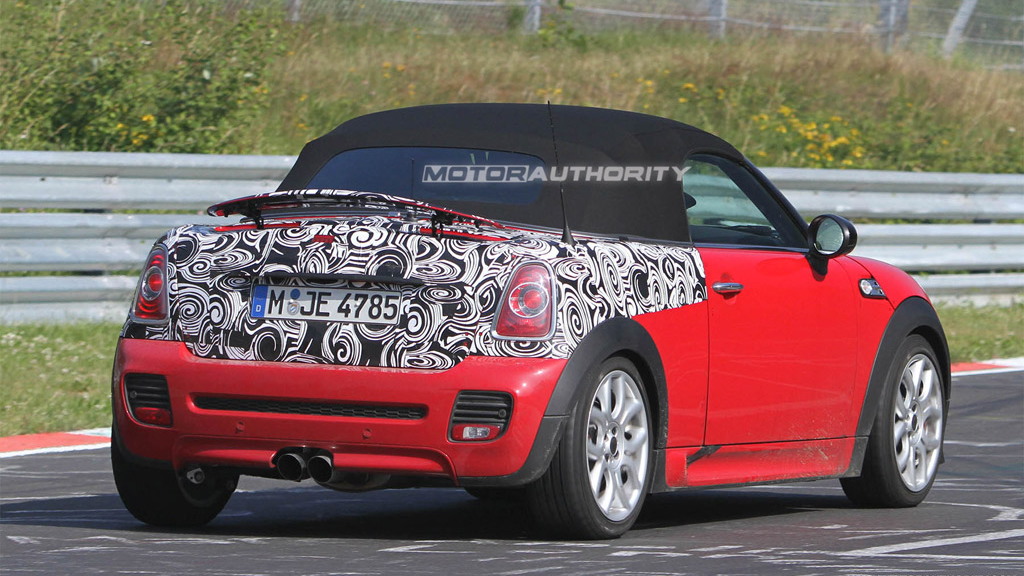 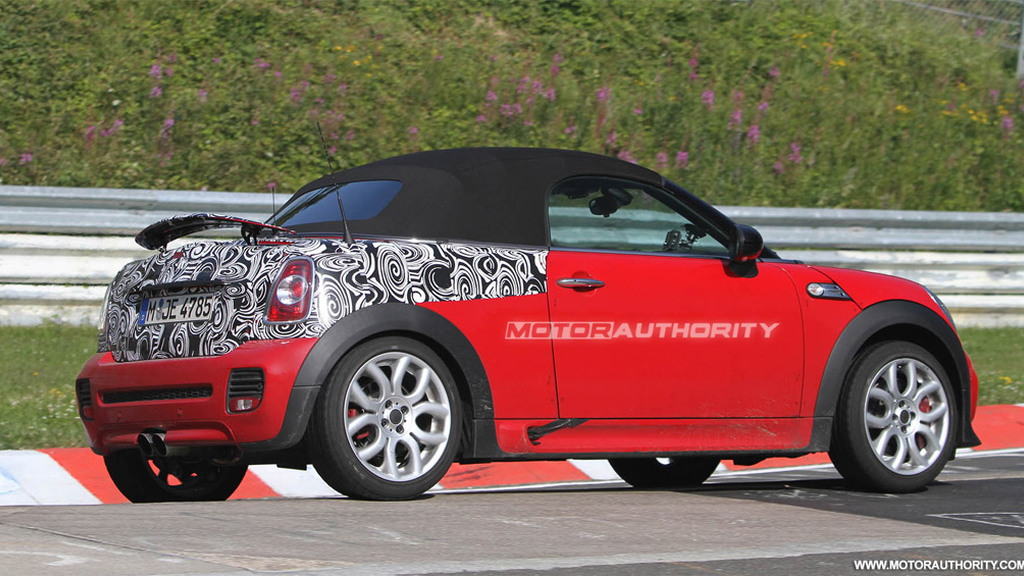 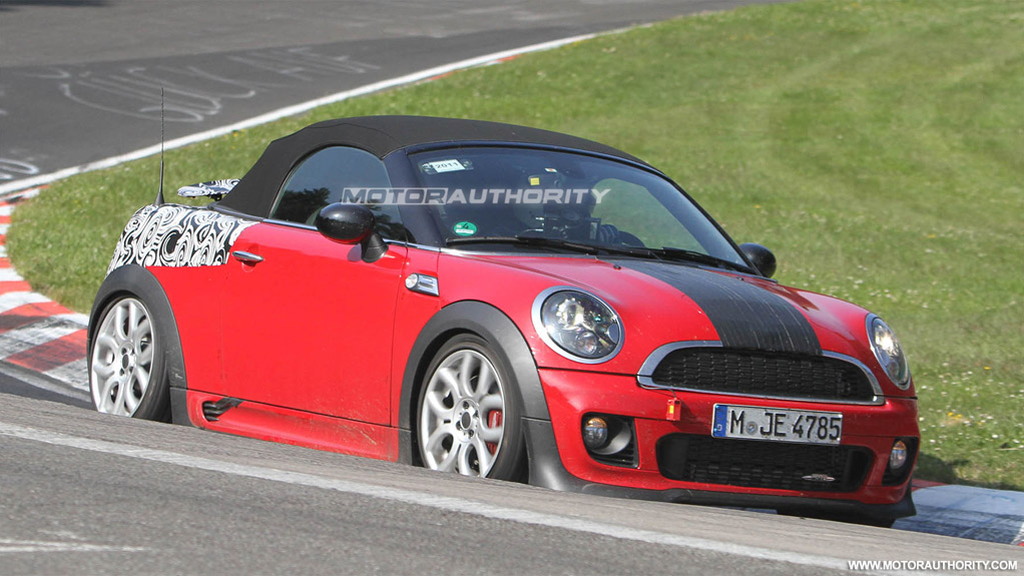 Despite the diminutive proportions, the JCW Roadster, like the coupe, will get its power from the same 208-horsepower 1.6-liter turbocharged four-cylinder the rest of the JCW line shares. That's good for a 0-60 mph time of just 6.1 seconds and a top speed of 149 mph in the tin-top, but the extra weight of the Roadster could take the edge off those figures slightly.

Paired with a six-speed manual transmission only, the JCW Roadster should be every bit as fun as the rest of the performance-branded models, with the added benefit of its soft top--and without the benefit of rear seats. Whether that combo will appeal to a broad range of people or relegate the car to a niche segment remains to be seen. We're betting on the latter.

The JCW Roadster will be joined by Cooper S and standard Cooper models, as well, and should enter production sometime this year, with sales to start late 2011 or early 2012.