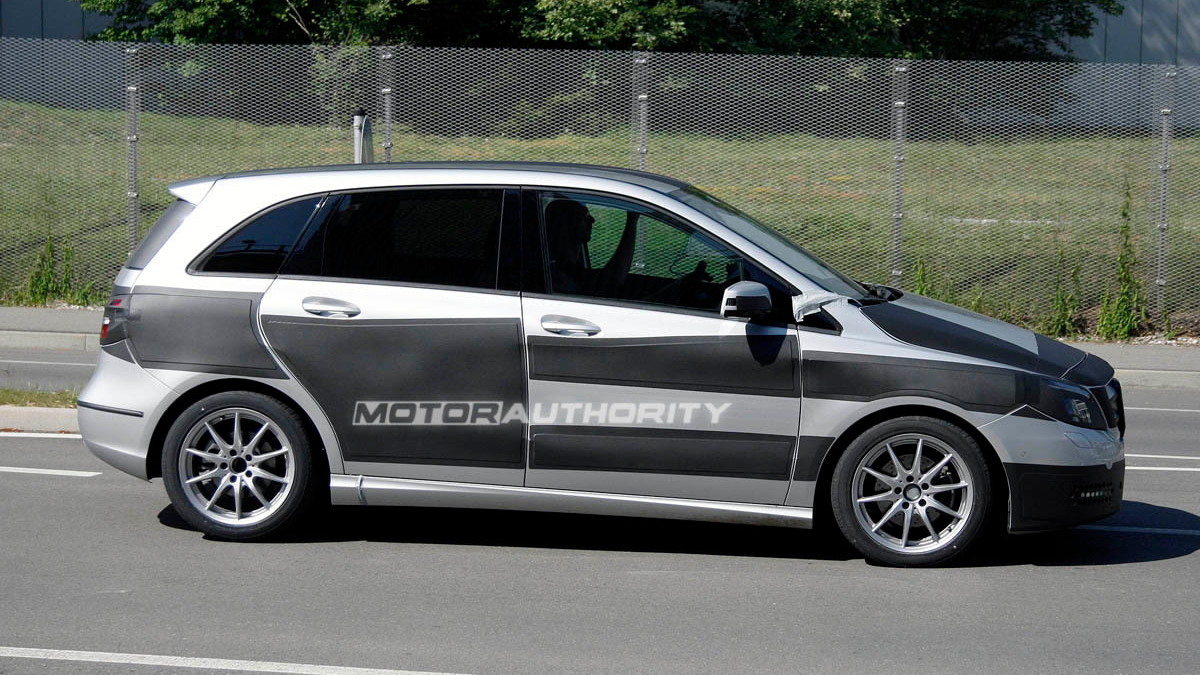 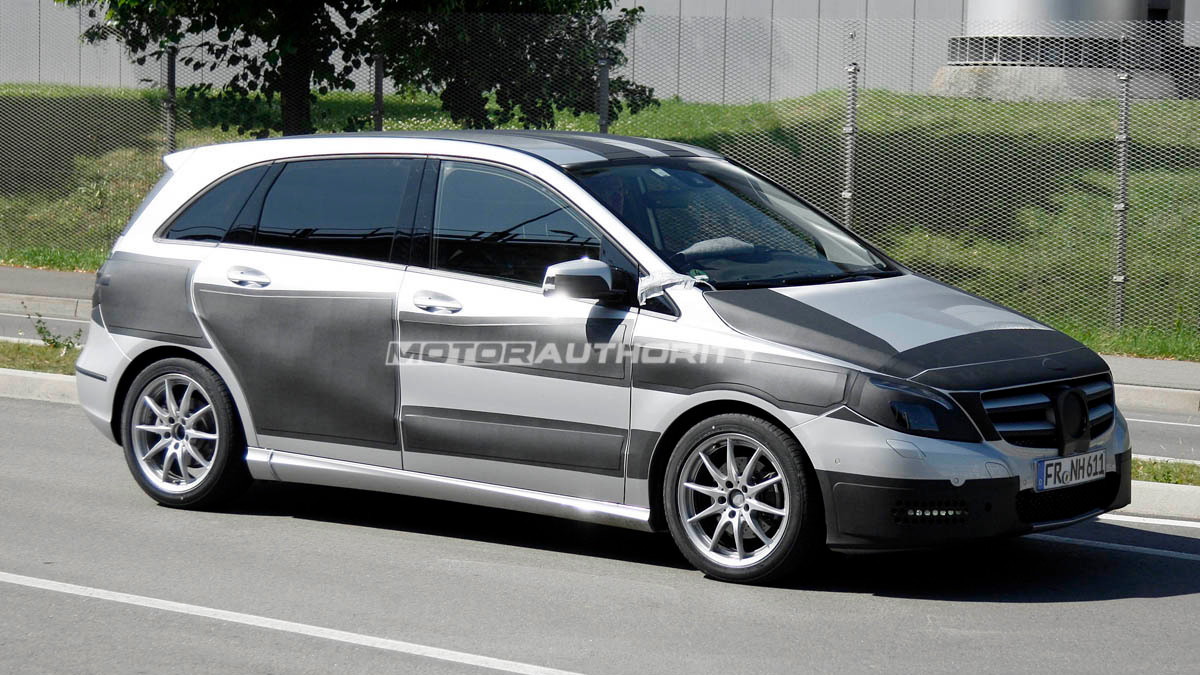 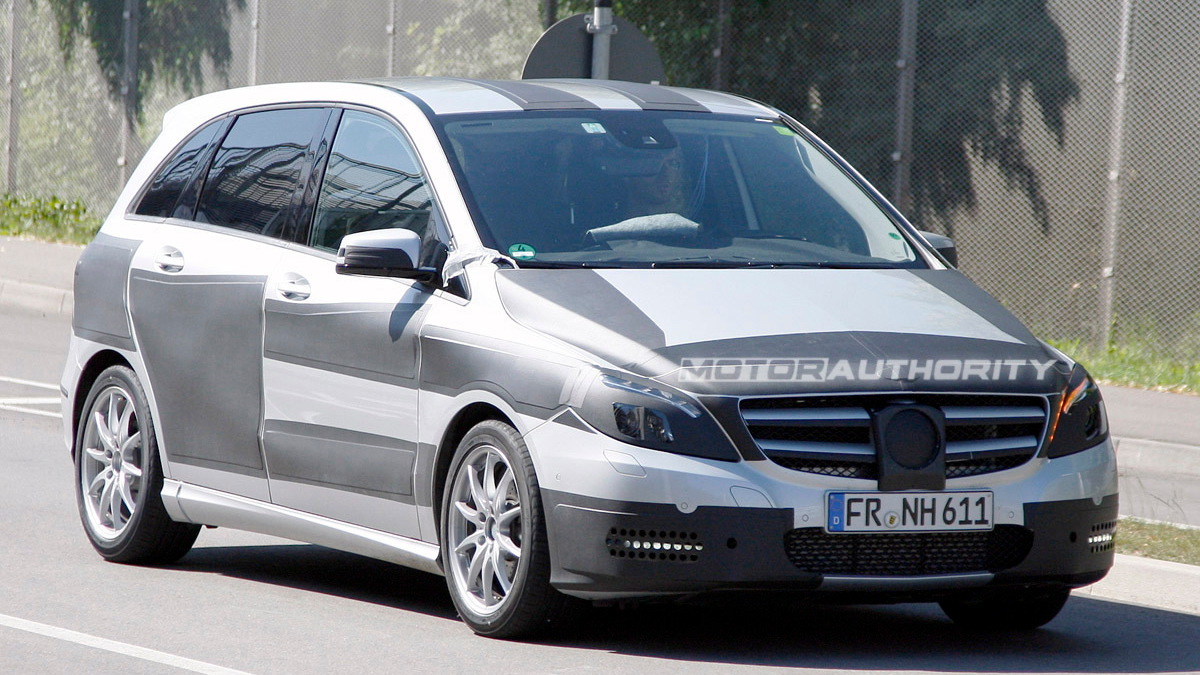 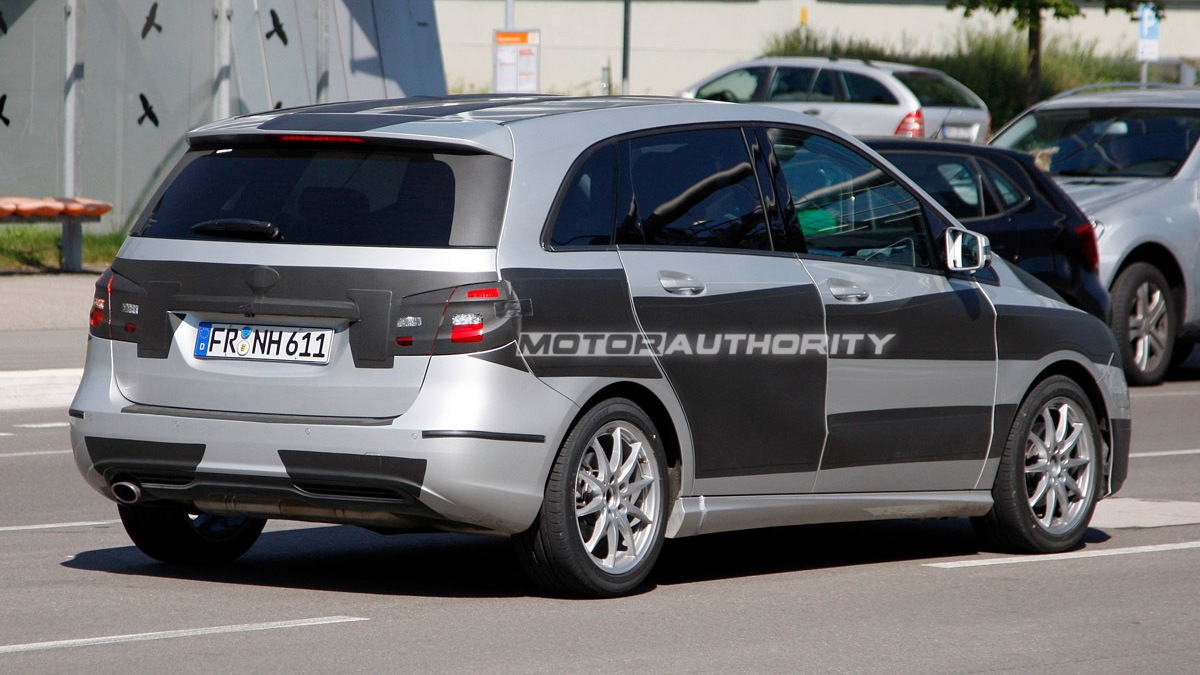 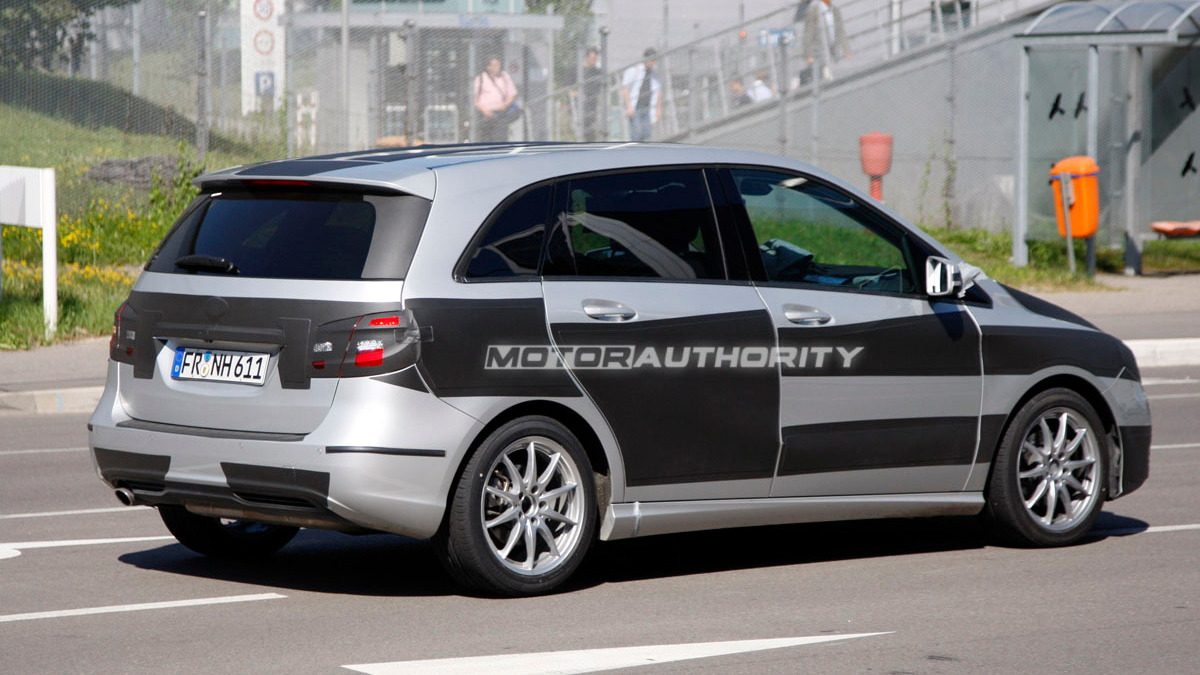 The current Mercedes-Benz B-Class has enjoyed reasonable success in most of the markets it has been launched in, selling over 120,000 units in its first year alone, but the next-generation model due later this year is expected to sell in even higher volumes and will be sold in the U.S. for the first time, though probably not until sometime in 2012.

The latest images show the B-Class in less camouflage, looking more production-ready than ever before, confirming it's drawing close to release.

To increase sales, there are rumors that Mercedes-Benz is planning to expand the range by adding new variants in addition to the regular hatch: a new coupe-cabrio, a sporty hatchback to rival BMW's 1-series range and possibly a four-door sedan with coupe styling.

One of the models confirmed for production, however, is the hatchback seen here testing in prototype form. It appears to retain the boxy look of the current model, although its side profile shares a definite resemblance with the 2011 Mercedes-Benz R-Class. The overall look will align closely with 2009’s striking BlueZERO concept family.

Shots of the interior reveal Mercedes designers have selected a steering column lever for selecting the gears and have moved the stereo and navigation screen further up the dash than on the previous model.

Expect to see a range of small displacement turbo engines and new hybrid variants offering in the B-Class family, as well as a hydrogen fuel cell model. The new 2012 Mercedes-Benz B-Class will be sportiest yet as a high-performance AMG variant was confirmed by the tuning arm's outgoing boss Volker Mornhinweg late last month. AMG currently offers V-8 engines exclusively but for the B-Class a new specially tuned four-cylinder engine will be developed. The model will compete with other hot-fours such as the Volkswagen Golf R32 and Audi S3. Expect to see a range of performance upgrades as well, including new brakes, a sporty bodykit and upmarket interior.

Mercedes-Benz previously reversed a decision to bring the current B-Class Stateside because of fears it would damage the luxury brand’s exclusivity and the low dollar exchange rate would make it too expensive.

However, unexpectedly strong sales of the Smart Fortwo minicar are prompting renewed interest in selling the B-Class, and even the A-Class, in North America.