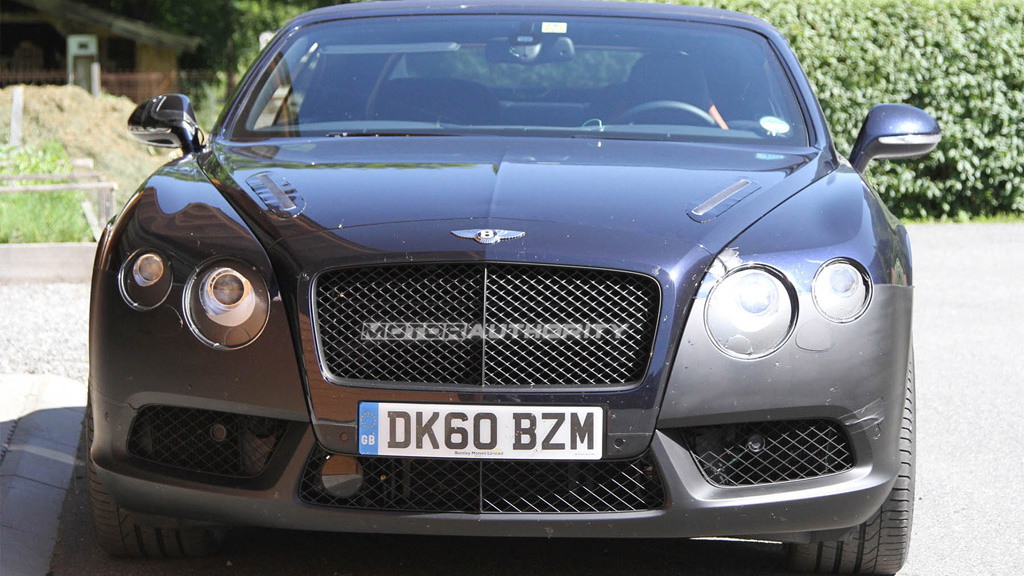 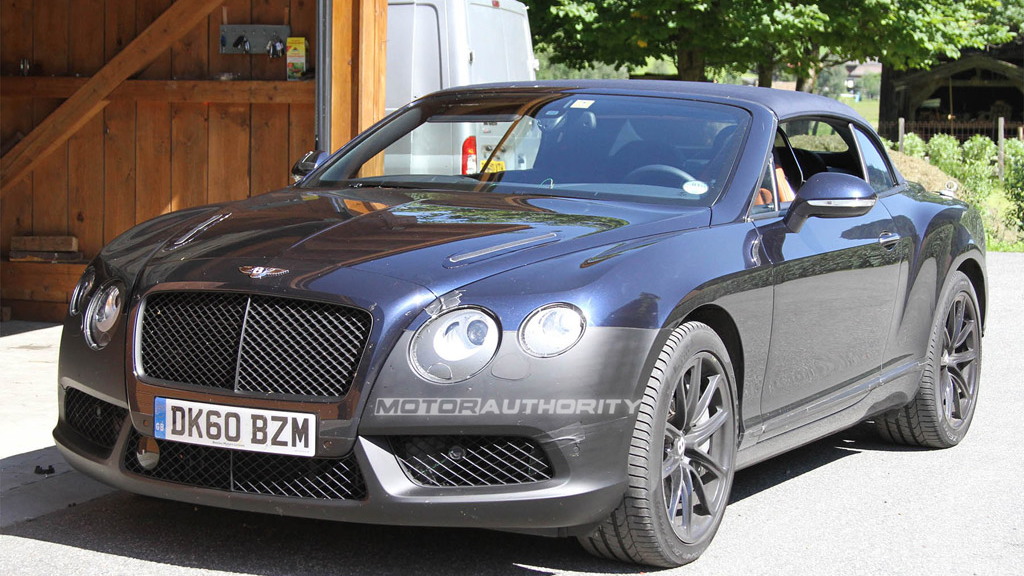 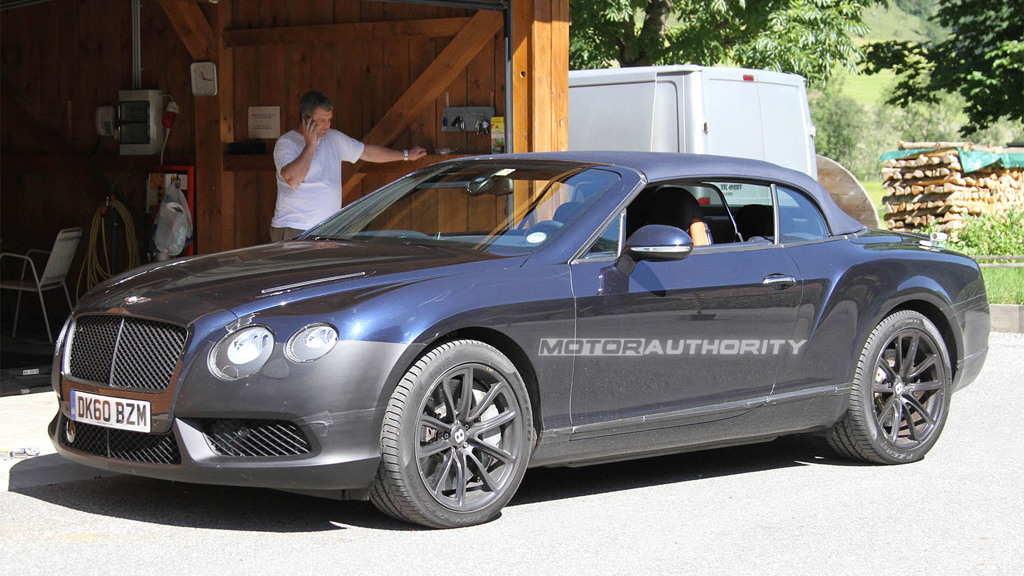 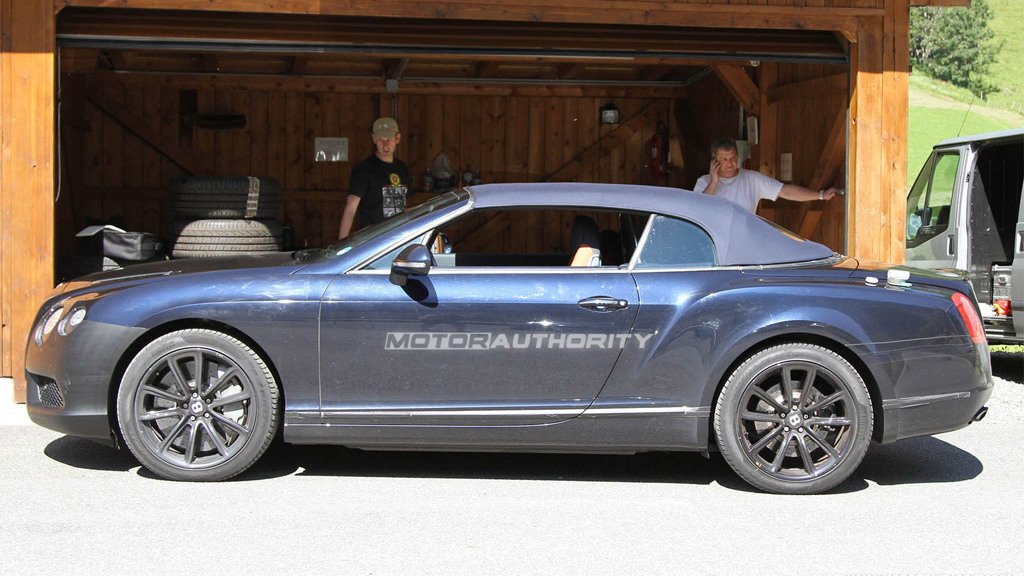 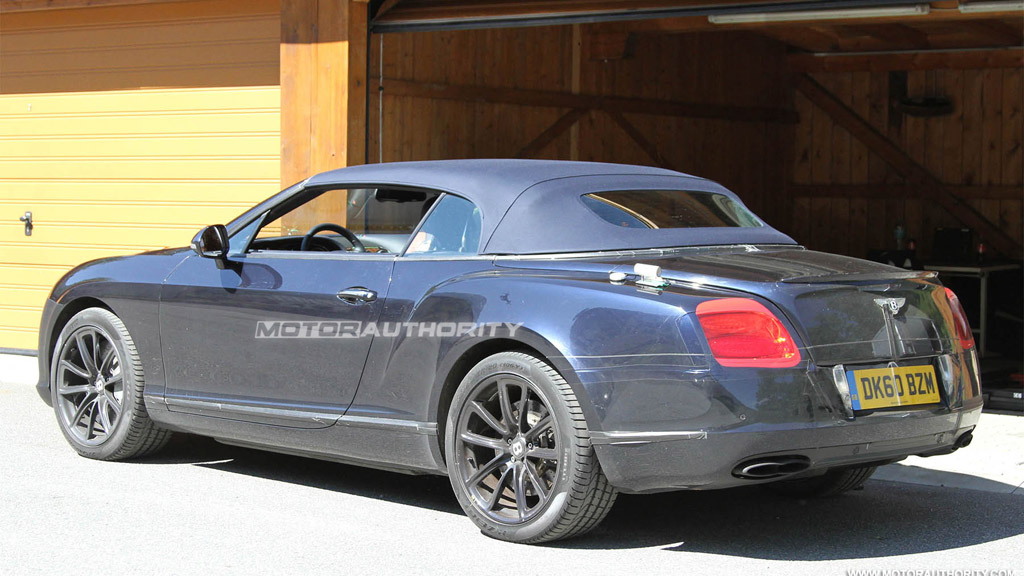 We’ve already seen prototypes for the facelifted 2012 Bentley Continental GTC but here’s one of the high-performance GTC Speed model, which should make its appearance shortly after the debut of the standard model towards the end of this year.

The prototype seen here is wearing minimal camouflage, giving us a good look as to the styling that’s expected to feature on the facelifted 2012 Bentley Continental GTC Speed. We can clearly see a new bumper design incorporating larger intakes, as well as new exhaust tips and uprated brakes.

Bentley engineers are also expected to have refined the drivetrain, reduced overall vehicle weight and increased rigidity, all while keeping the exterior proportions much the same as the current model.

Under the hood will be the familiar 6.0-liter W-12 engine powering the entire Continental GT lineup. However, peak output should be lifted beyond the current GTC Speed’s 600 horsepower and 553 pound-feet of torque limit.

Gear changes will be handled by the same ZF six-speed unit, though should be quicker thanks to a Quickshift function that allows double downshifts. You’ll note that this unit was introduced on the facelifted 2011 Bentley Continental GT.

Performance numbers should come in at around 4.4 seconds for the 0-60 mph run and a top speed in excess of 195 mph.

Look out for the debut of the facelifted 2012 Bentley Continental GTC Speed early next year, several months after the launch of the standard Continental GTC. In the meantime, you can catch our own review of the current model by clicking here.