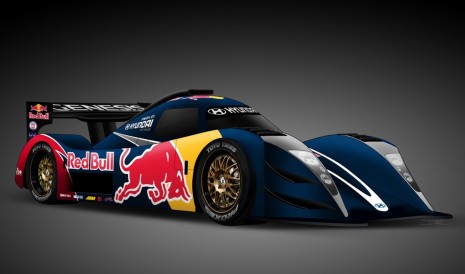 Rhys Millen and Hyundai have done a lot together, including a tricked-out Equus, a drift car, a few rounds of the Rallycross Championship, and, of course, Pikes Peak. This year Rhys is bringing his father into the act with a two-car assault on Pikes Peak.

Rhys will tackle the mountain and its more paved route with an upgraded version of the PM580 Unlimited Class car he ran last year. The sports racer layout of the car is somewhat radical for Pikes Peak, and teething issues plus unfriendly weather foiled last year's run for the 10-minute barrier.

This year, the PM580 sports a new clutch-type limited slip differential instead of the gear-type used last year, a new power steering unit pulled from an OEM Sonata, re-calibrated transmission settings, and tweaked dampers. Larger Hankook tire will offer a little more grip, and some aero improvements will help make the most of it.

Millen's father, Rod, will also run the even, this time in the 2WD production class at the wheel of a Genesis Coupe. You may remember that Rhys set the record for that class two years ago, also in a Hyundai Genesis Coupe. Rod Millen is also a former world record holder at Pikes Peak, with a time of 10:04.06.

The Pikes Peak International Hill Climb will be held on June 26.