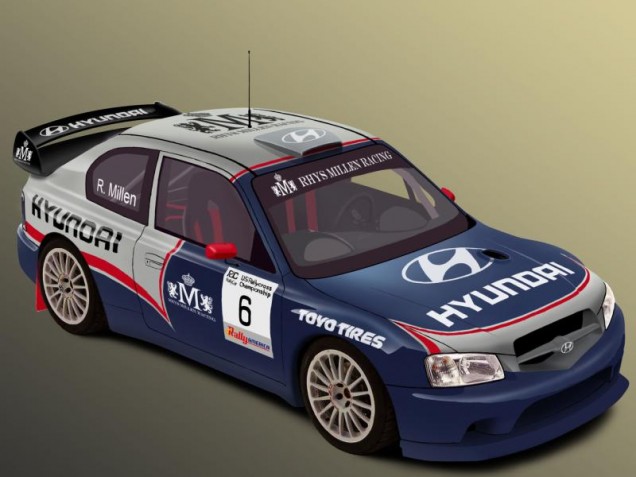 The U.S. is getting its first real taste of European-style rallycross (think supermoto with rally cars) this year and some of the biggest names in North American stage rally are already involved: Travis Pastrana, Tanner Foust, Ken Block, Dave Mirra, Antoine L'Estage, and now, Rhys Millen. Millen will be jumping behind the wheel of a Hyundai World Rally Championship car to fight it out for the win.

You probably remember the rallycross event from the X Games, but you may not have known RallyCar (formerly RallyAmerica) is running a series championship right here in the U.S. New Jersey Motorsports Park is hosting the events.

As for the Hyundai rally car, it's a 2,805-pound, 500-horsepower turbo four-cylinder with an Xtrac six-speed sequential gearbox and Xtrac all-wheel drive. It should prove solid competition for the Fiestas, WRX STIs, Evo Xs, and other boost buggies facing off for the competition. Millen's first event will be the second round of the championship, coming next weekend, Oct 2-3.

For a better idea of what rallycross is all about, check out the videos below.