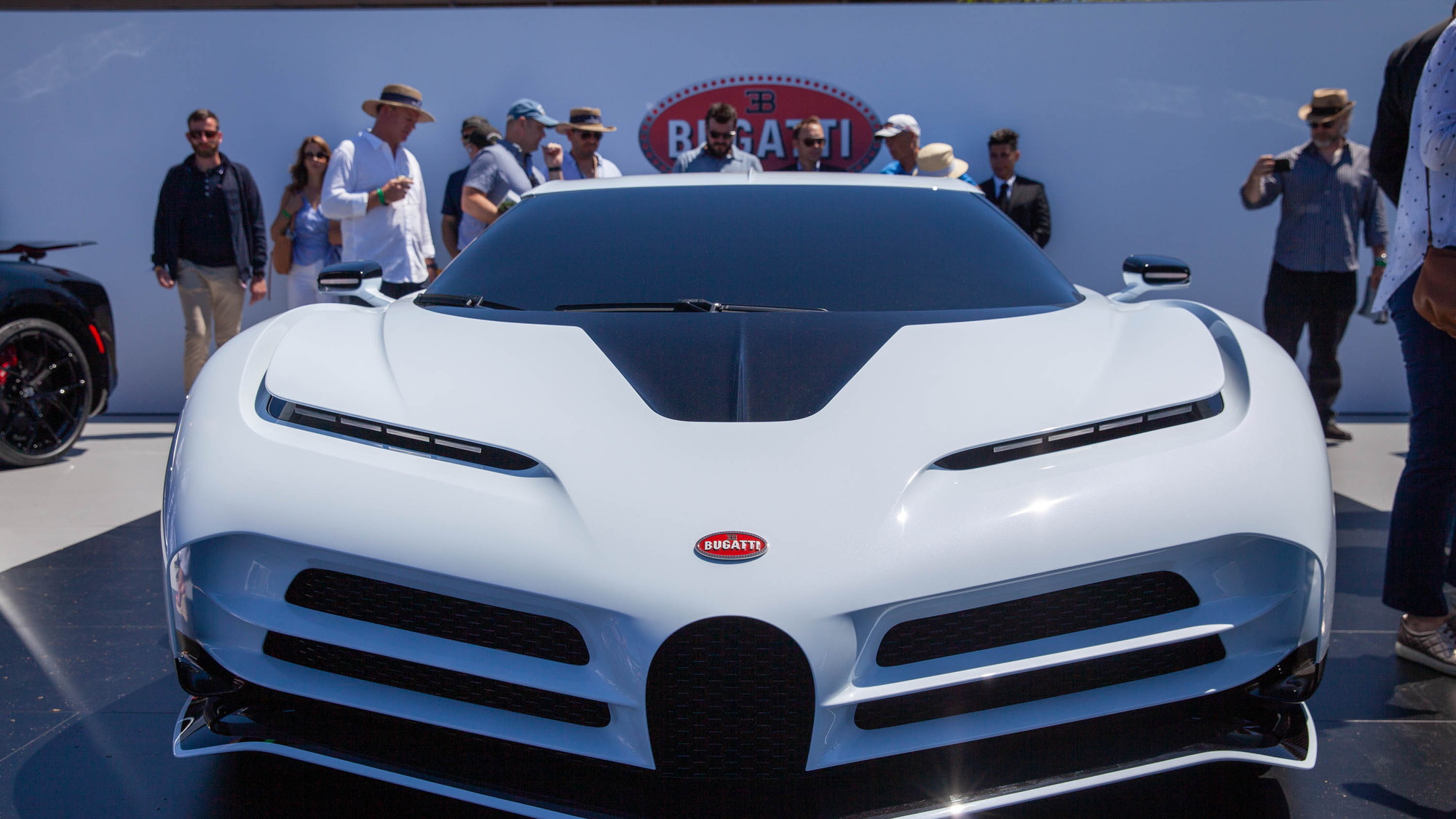 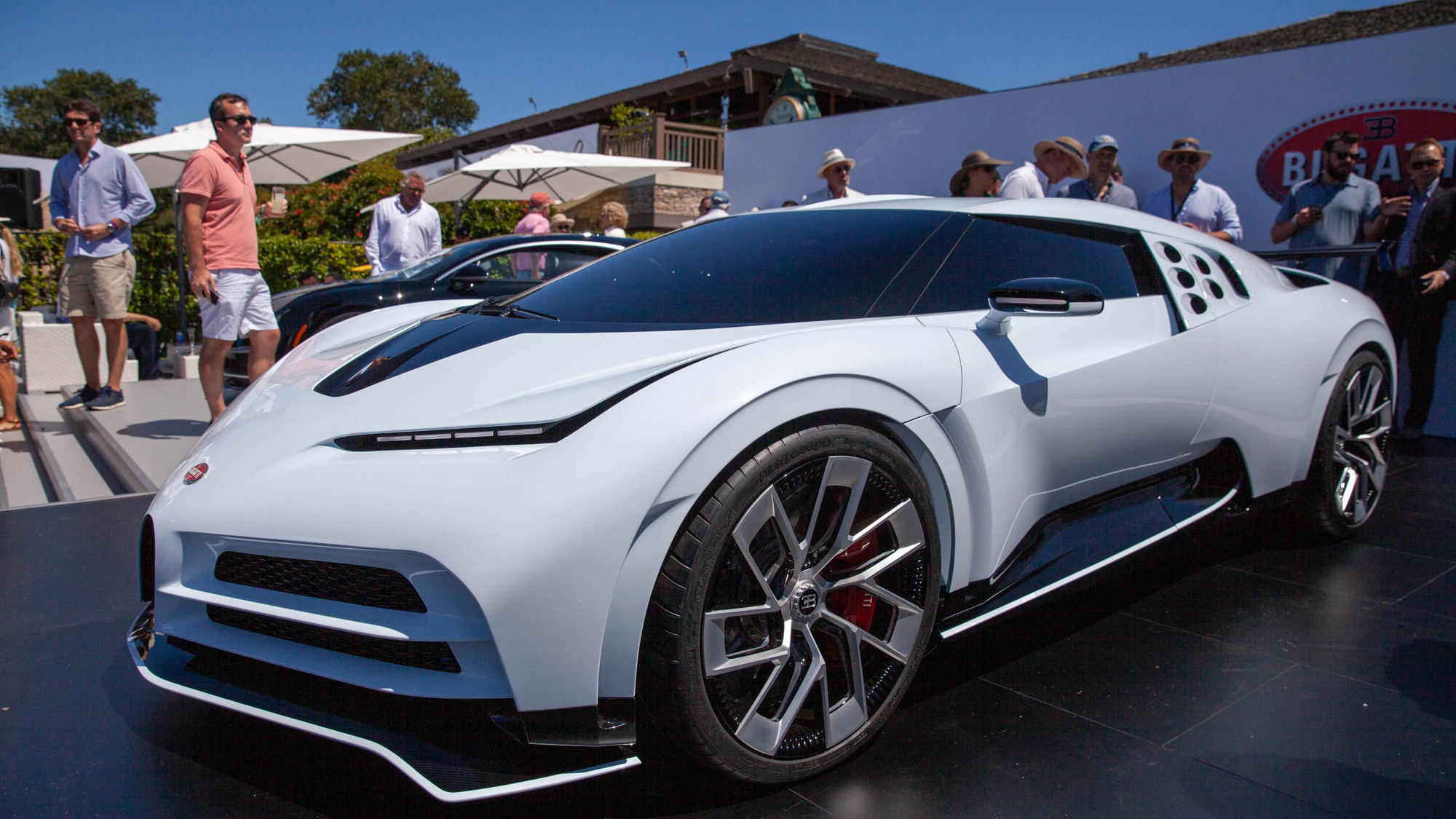 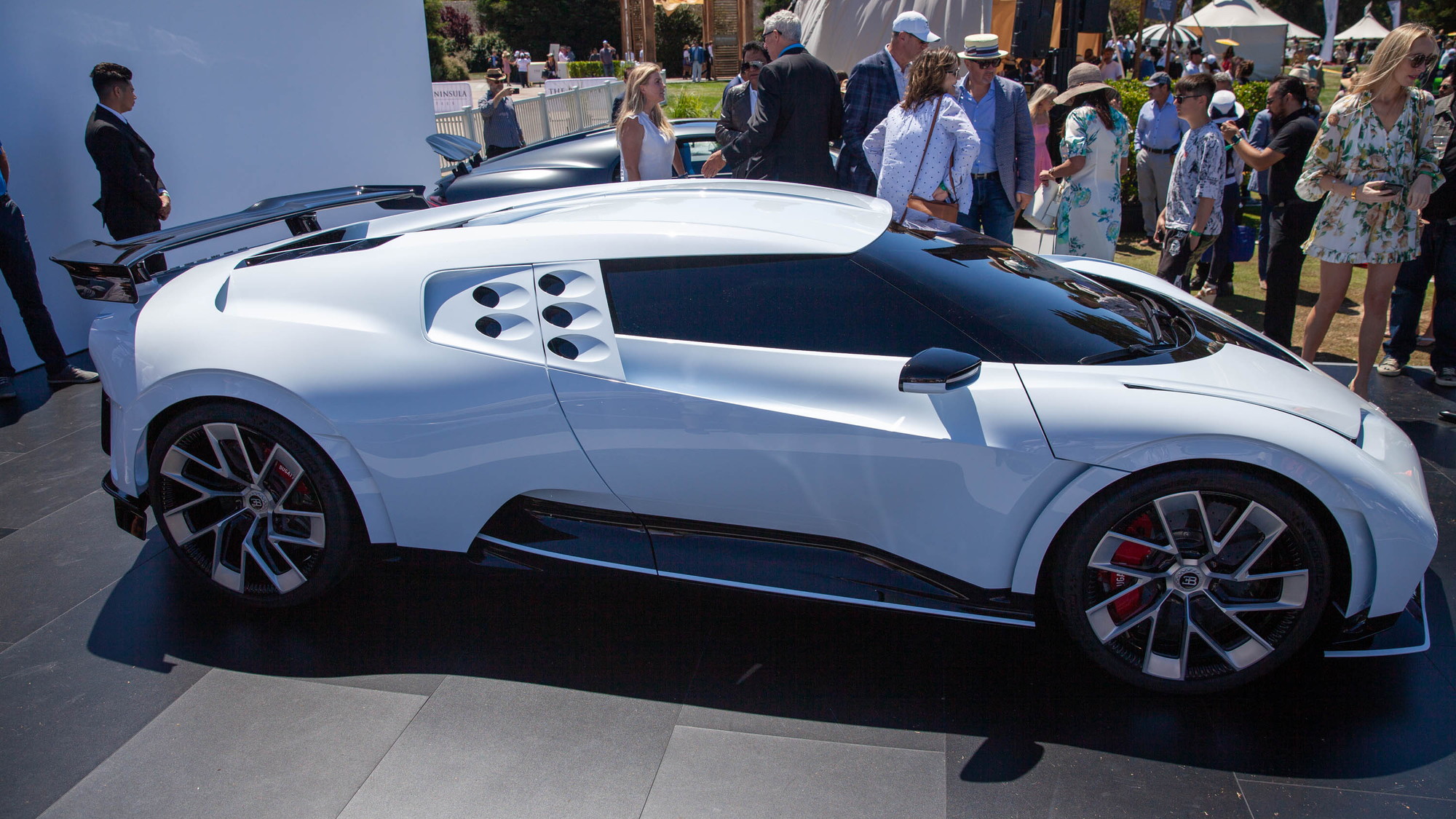 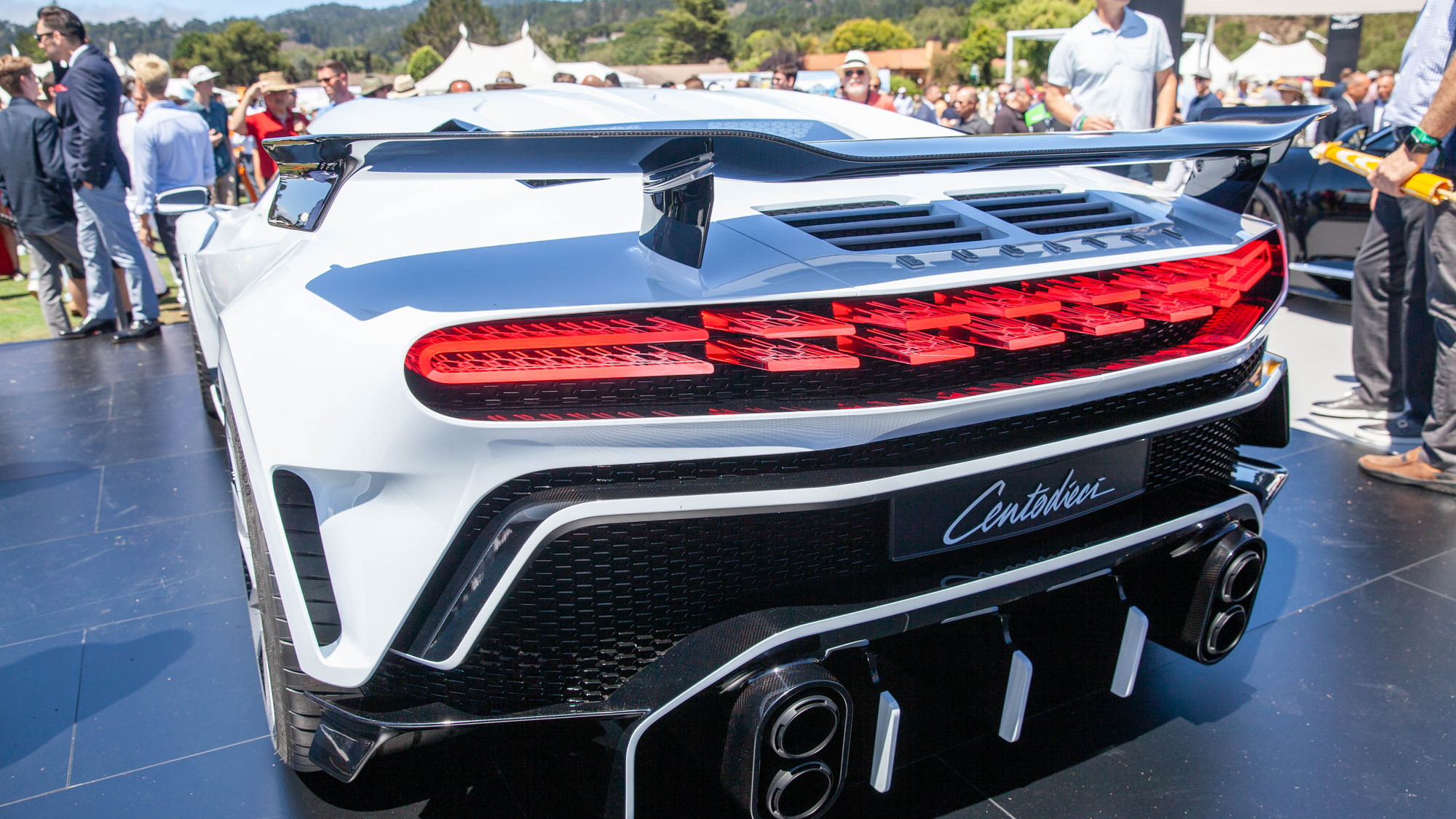 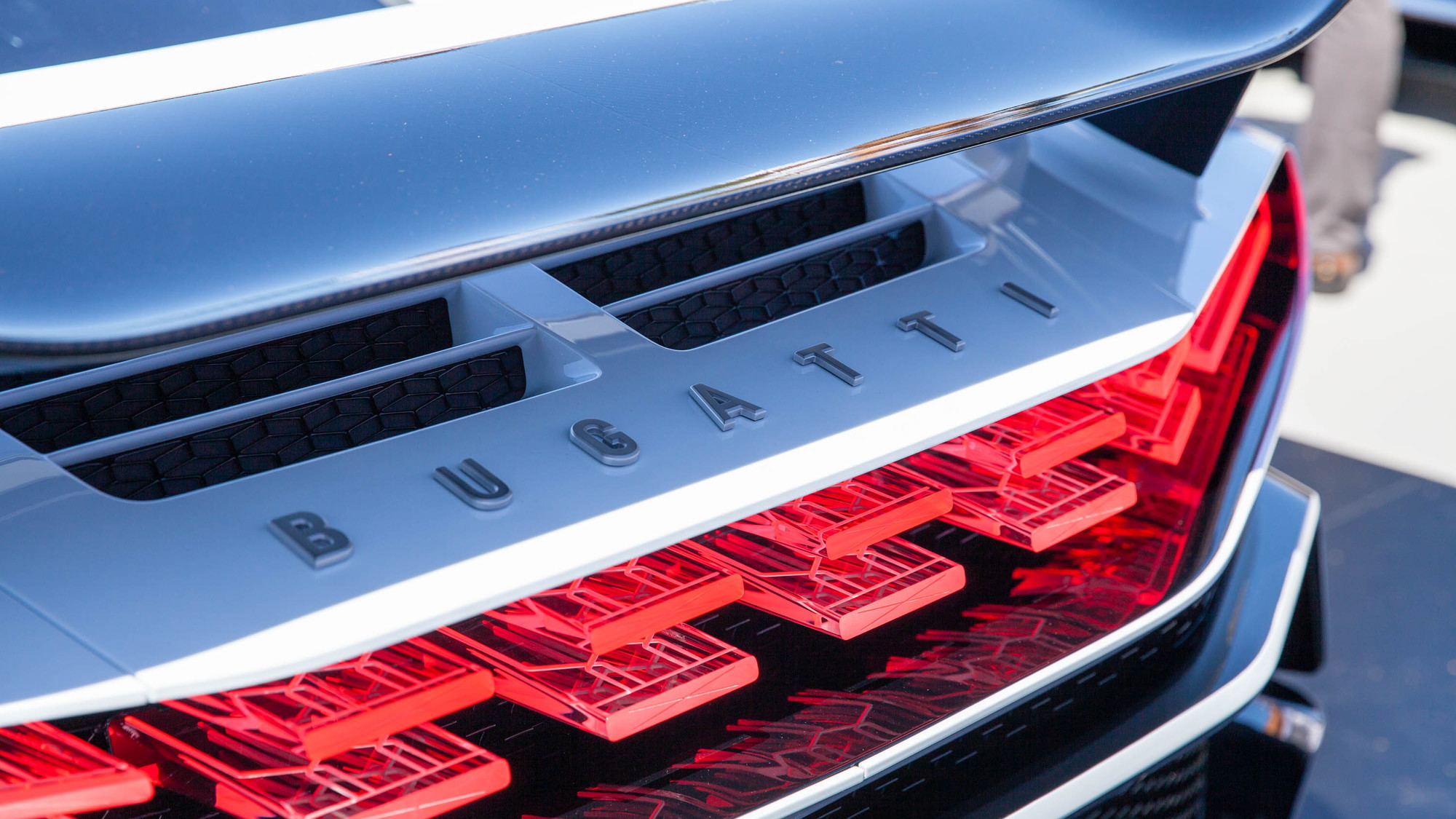 After a roughly 40-year hiatus, the Bugatti EB110 put the French brand back among the automotive elite when it was introduced in 1990. That car is now almost 30 years old, and Bugatti on Friday celebrated its contribution to the brand with a new special-edition version of the Chiron called the Centodieci.

The word Centodieci means 110 in Italian, so the name is an obvious tie-in to the EB110, which in itself was a tie-in to the history of the brand. The EB110 was presented to the public on company founder Ettore Bugatti’s (EB) 110th birthday (110). This car was revealed at The Quail, a Motorsports Gathering during Monterey Car Week.

Rather than build a car that simply aped the EB110, Bugatti started with the Chiron and adapted its shapes and forms to recall the EB110.

“The challenge was not to allow oneself to be captivated too much by the design of the historic vehicle and work solely in retrospect, but instead to create a modern interpretation of the shape and technology of that time,” says Achim Anscheidt, Head Designer at Bugatti.

The Centodieci keeps the Chiron's profile instead of using the EB110's notable wedge shape. Its surfaces, however, incorporate elements from the EB110 while paying attention to the underlying car's cooling requirements.

The front end suggests the EB110's wedge shape with a more angular look than is offered on the Chiron. The horseshoe radiator opening is smaller, the front fascia and air intakes are redesigned, and the front splitter is extended. Air flows through the front of the hood and exits at the black section at the back of the hood. Also up front are thin, LED headlights that come close to echoing the top line of the EB110's larger, rhombus-shaped headlights.

Along the sides, the Chiron's C-shaped element—the signature of the car—gives way to a more slab-sided look like the car's predecessor. Behind the doors, five round air vents arranged in a diamond shape feed air to the W-16 engine.

At the rear, the look is very different from the 1990s supercar. Eight lighting elements line up across the top, though the outboard lights do recall the pill-shaped tailights of the EB110. The rear wing is permanently attached and overhangs the rear of the car like on the EB110 SS. A large air outlet covers the width of the car (again, to serve that W-16), the engine can be seen through a clear cover, and a huge rear diffuser works its aero magic.

Bugatti painted the Centodieci in a brilliant shade of white to provide a contrast to the La Voiture Noire shown in March. Bugatti President Stephan Winkelmann called that duo "two completely opposing yet related forces, like yin and yang."

Not all the changes are cosmetic. The 8.0-liter W-16 engine makes 1,577 hp at 7,000 rpm, 97 more than the Chiron. Its performance is enhanced by an additional air inlet near the oil cooler.

Performance is also improved through reduced weight. The car saves 44 pounds through the use of lightweight windshield wipers and stabilizers made of carbon fiber.

"The Centodieci offers our customers an improved power-to-weight ratio and even more dynamic handling,” said Winkelmann.

The Bugatti Centodieci is limited to just 10 units, each of which will be delivered in two years. Buyers will have their choice of colors. Want one? Too bad. They're all sold out and the cost of entry is rather high at $8.9 million plus VAT.