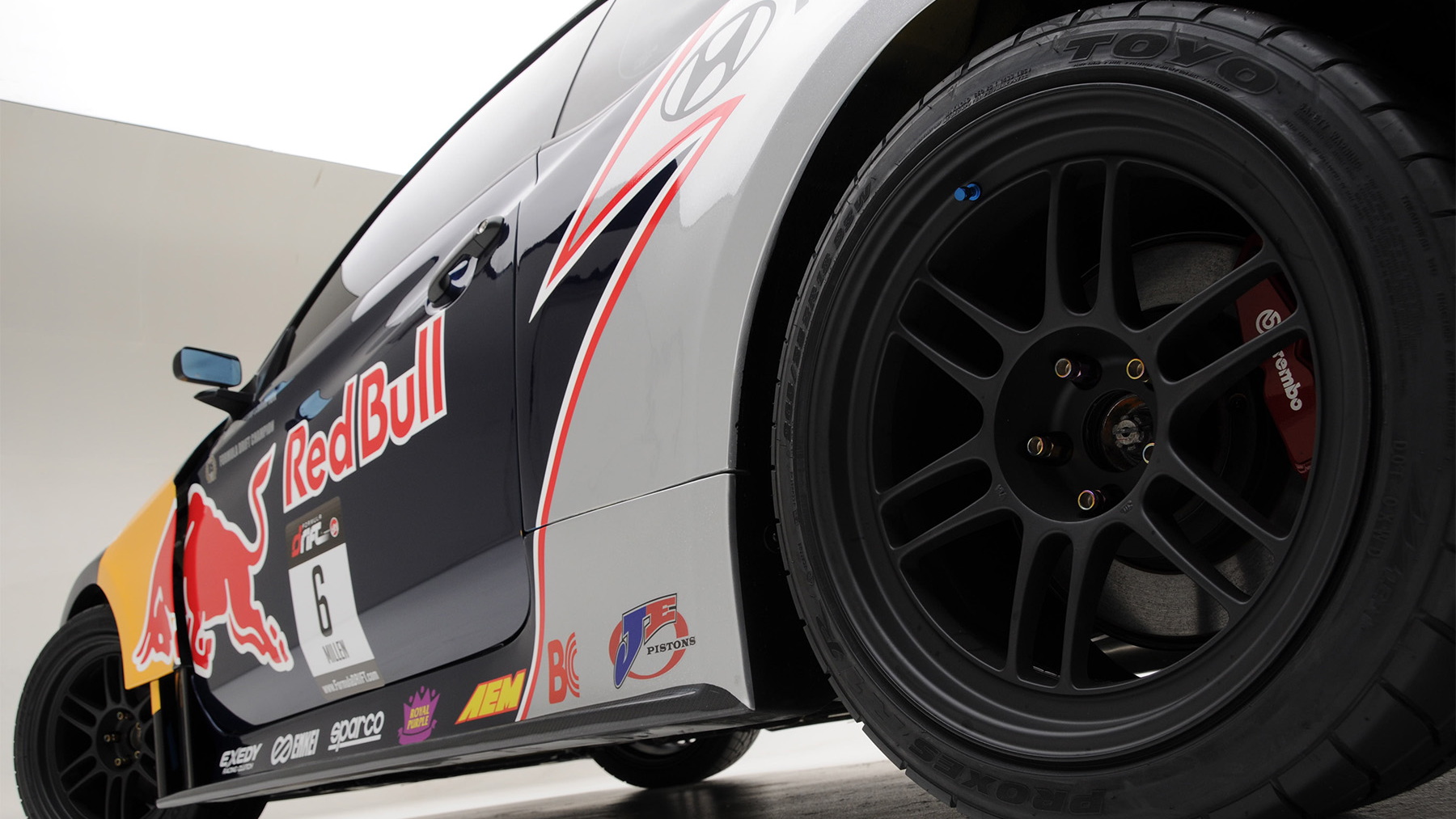 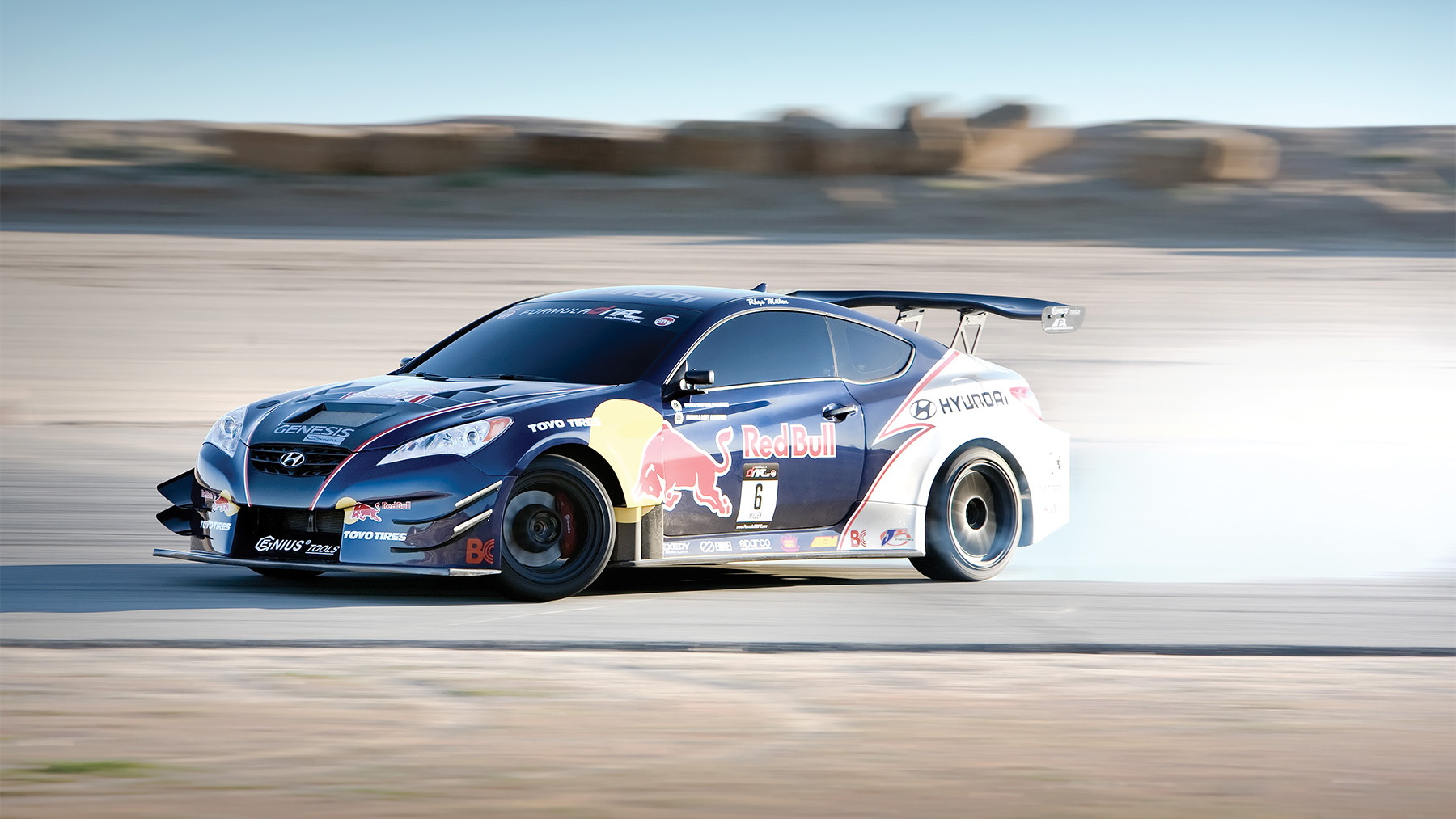 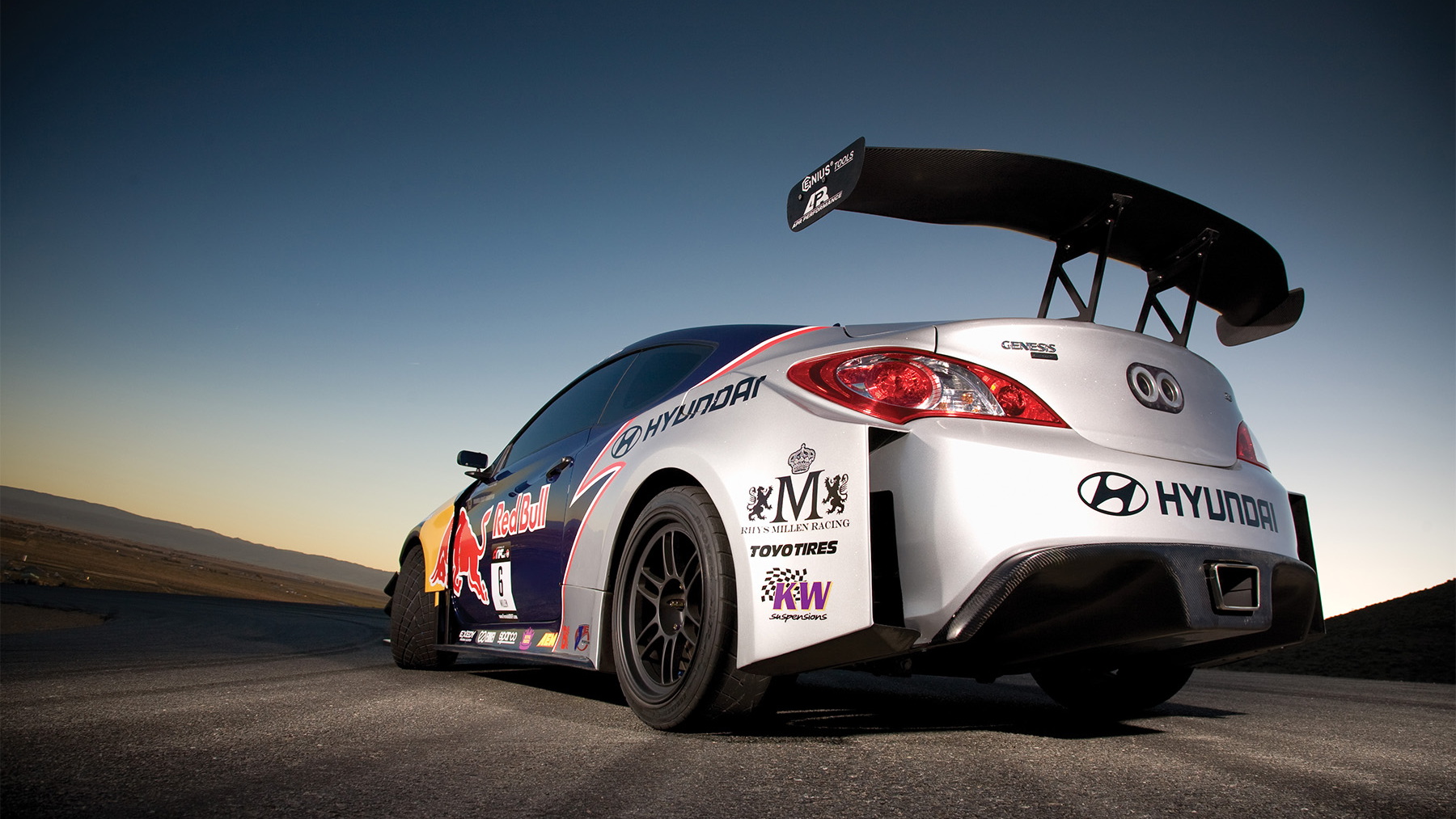 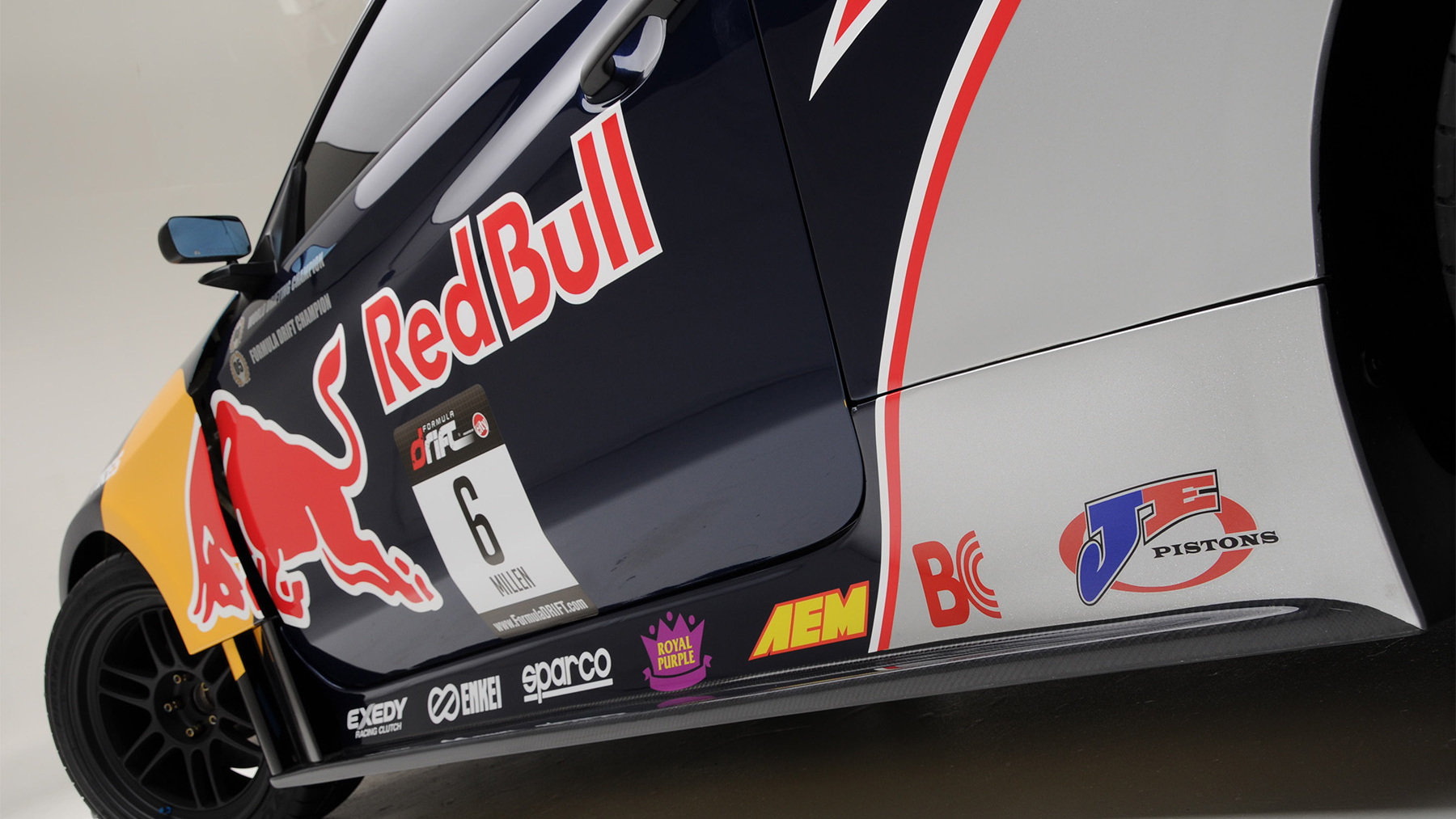 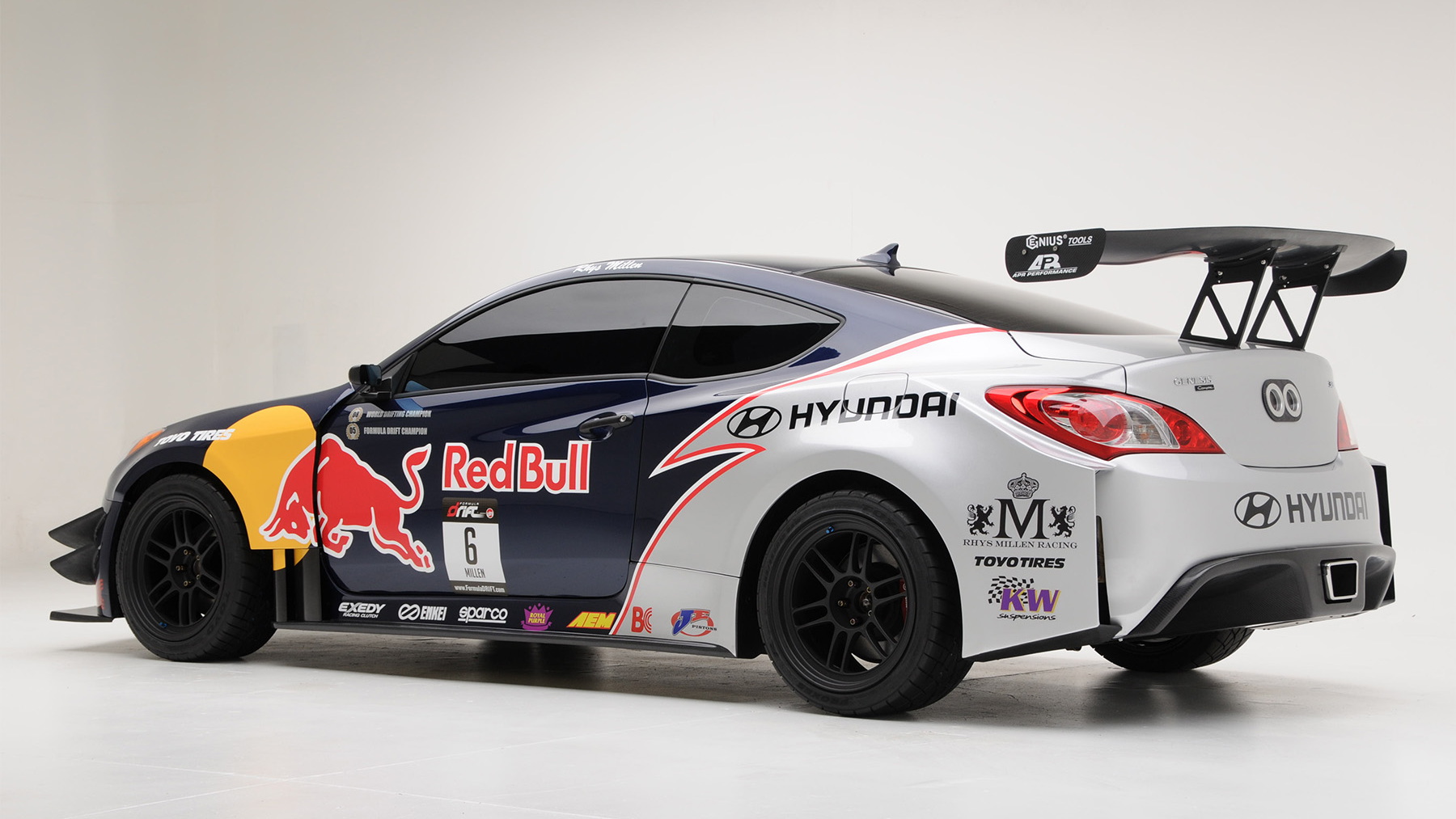 The past several months have been poor ones for the world of motorsports, with carmakers pulling out of such diverse venues as Formula 1 and rally racing. But Hyundai is bucking the trend today, announcing the launch of its Rhys Millen Racing Red Bull Formula Drift team.

“Today’s announcement puts the Genesis Coupe into three great motorsports series,” said John Krafcik, acting president and CEO, Hyundai Motor America. “We like to refer to the Genesis Coupe as the sinister sibling to the North American Car of the Year, the Genesis sedan and we look forward to Rhys harnessing every ounce of energy in the Coupe as he campaigns it.”

The car itself is built around a Genesis chassis stripped to the bare metal and then built up with a completely carbon fiber body, much like the 'Art of Speed' car from SEMA 2008. Target curb weight for the finished car is 2,400lb - about 33% lighter than the production car.

Inside, the car is all business, with a special roll cage and fire protection system taking prominent position in the cabin. A fully adjustable KW suspension makes for fine-tuning capability, while RMR custom-fabricated front and rear control arms offer exactly the right balance of grip and slip for racing and drifting alike.

The engine and turbo kit take the standard 3.8L naturally aspirated V8 and stroke it to 4.1L and add a Turbonetics turbocharger, generating an estimated 550hp and 520lb-ft of torque - solid by any standards, and about 250% of the base 2.0T's output.

Wrapping up the package is a set of 18in wheels wrapped in Toyo Poxes T1R tires, a signature Red Bull blue/silver/unpainted carbon fiber paint scheme and sponsor logos.