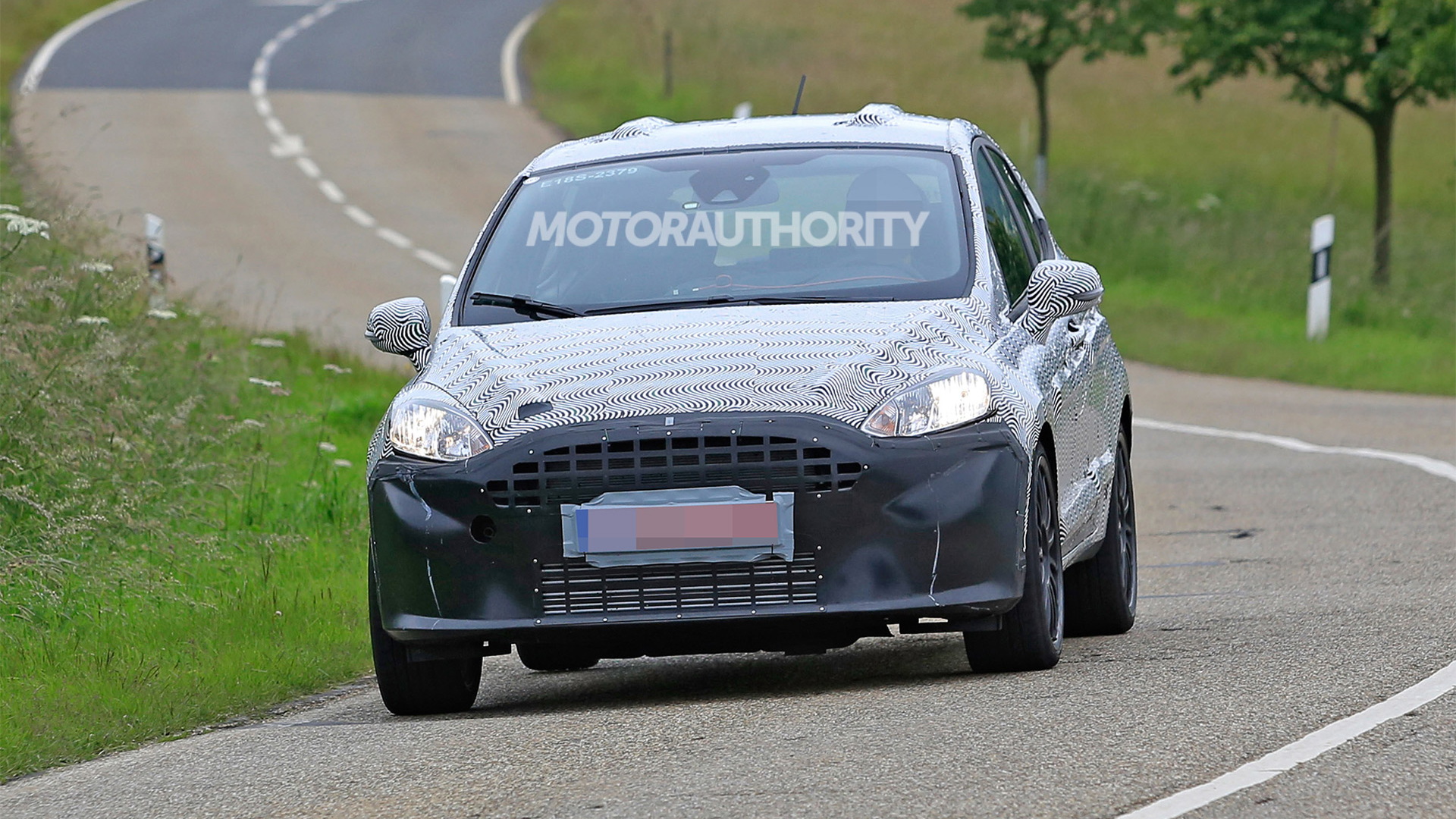 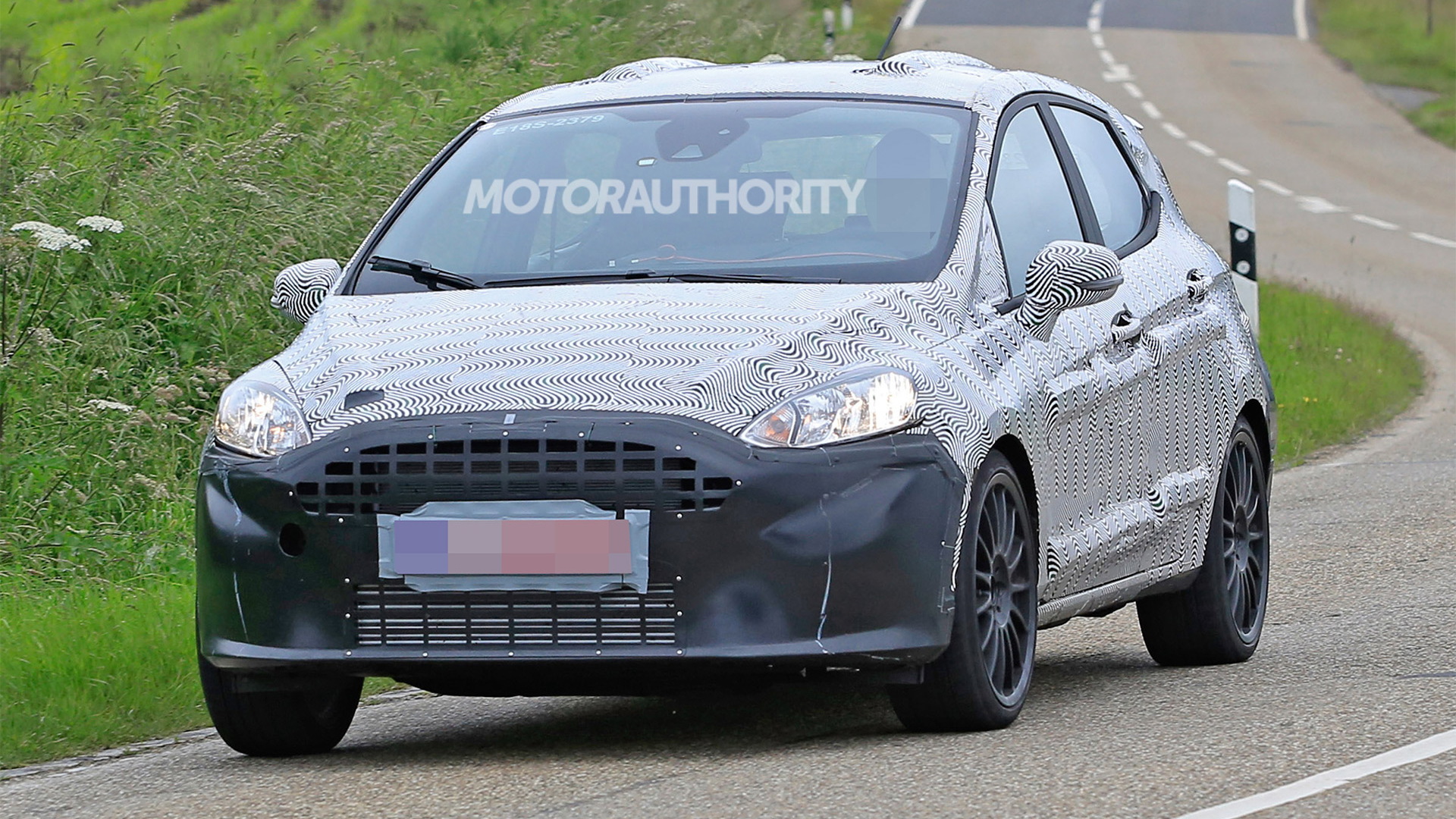 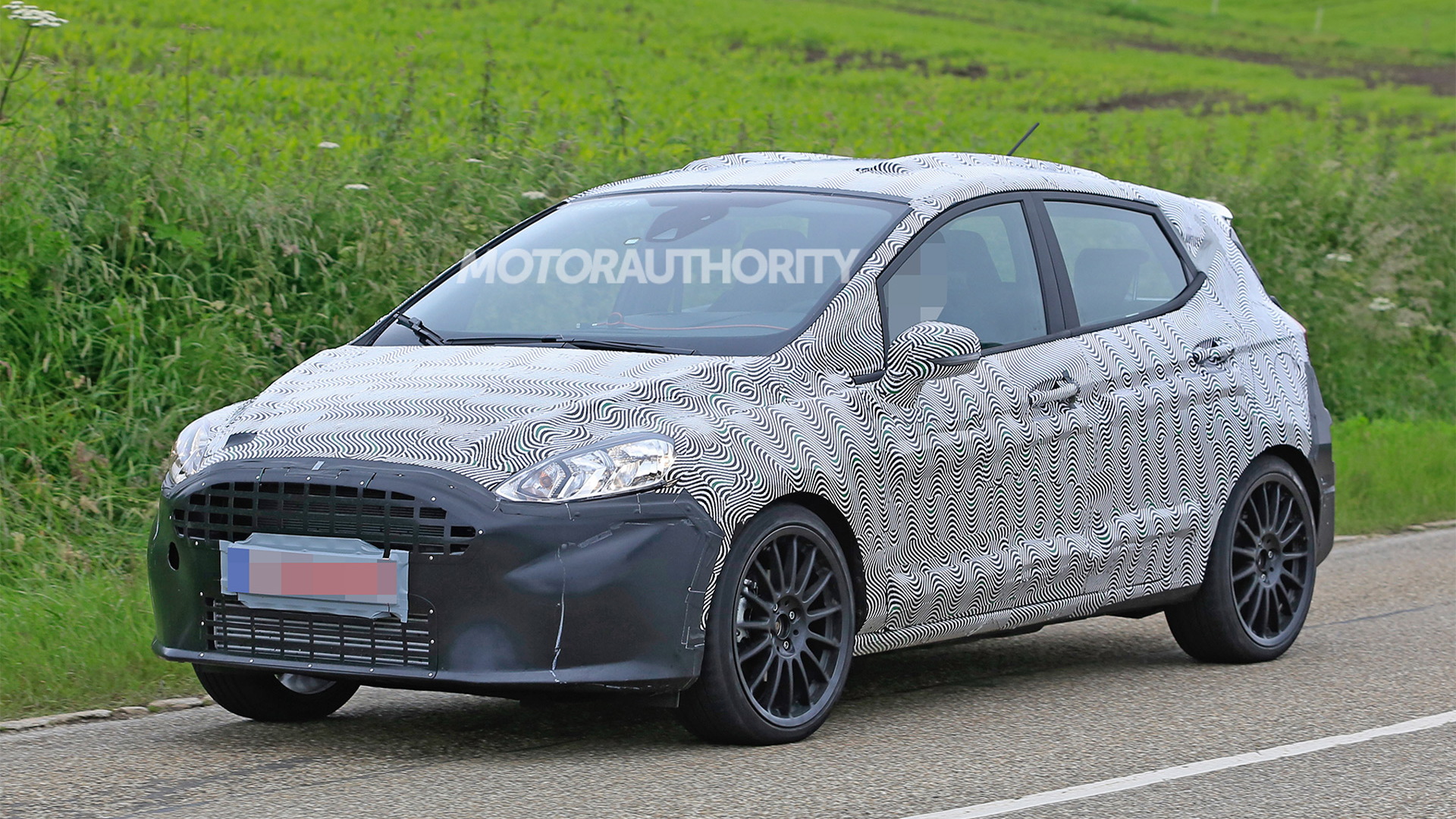 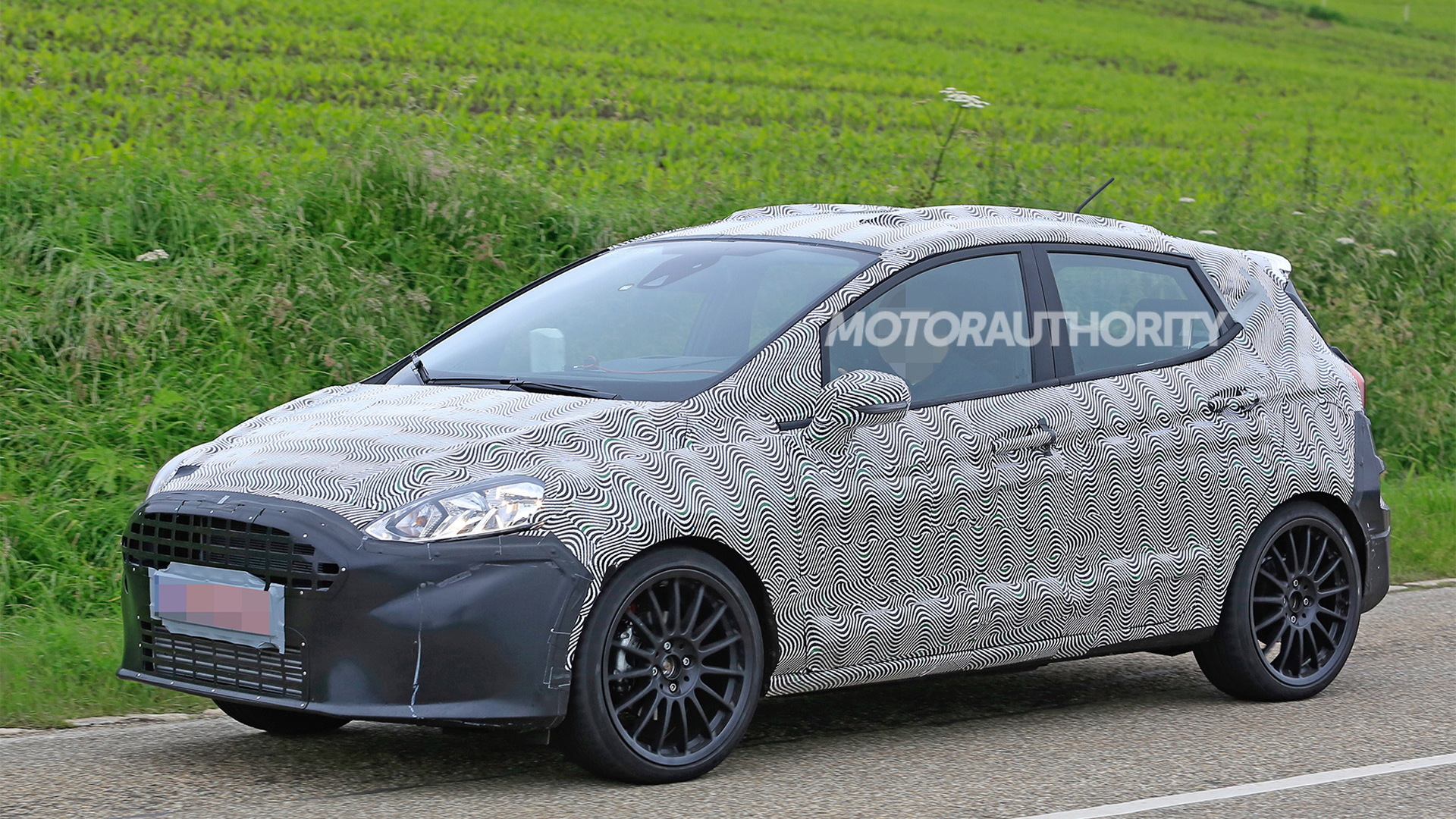 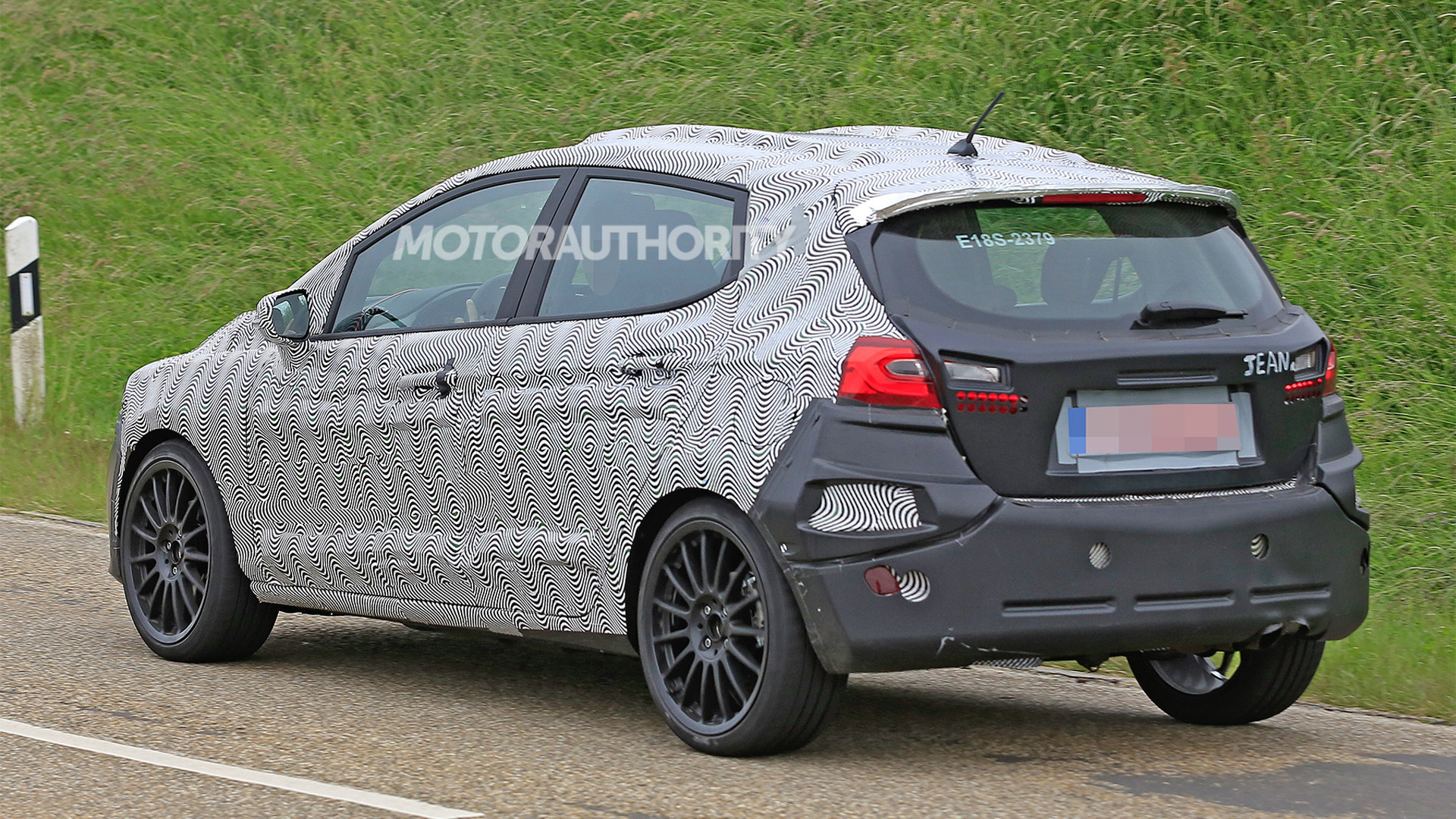 Ford Motor Company [NYSE:F] is currently developing its next-generation Fiesta hatchback and today we have spy shots of a prototype for the sporty ST model.

The engineers have tried to make the tester look like one of the prototypes for the regular Fiesta but a few clues give away its identity.

The most obvious are the uprated wheels, tires and brakes. We can also spot dual-exhaust tips at the rear and what appears to be a large intercooler at the front. Finally, we can see in one of the photos the engineers are using a current Fiesta ST as a benchmark.

Front-wheel drive, manual transmissions and turbocharged 4-cylinder power should all remain. However, we should also see some extra horsepower.

Ford has just launched a special Fiesta ST200 to mark the impending end of the current Fiesta range, and though this model isn’t destined for the United States we could see its turbocharged 1.6-liter 4-cylinder, which delivers upwards of 212 hp, offered in the new Fiesta ST. Hopefully there’s an even hotter Fiesta RS somewhere in the pipeline, too.

Look for the new Fiesta, including this ST model, to debut next year as a 2018 model. Ford is also working on a next-generation Focus which is expected to trail its smaller sibling by about a year.