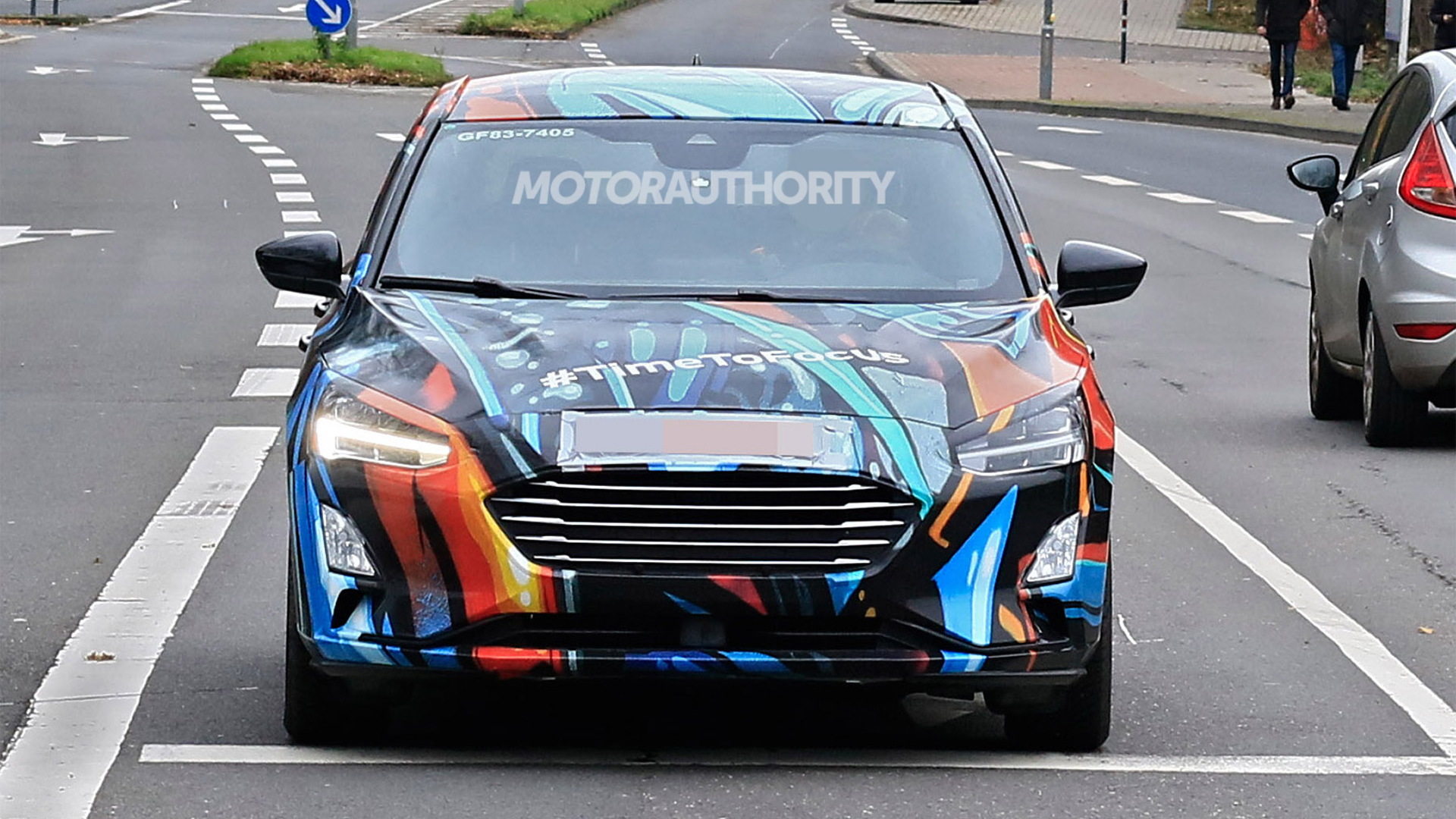 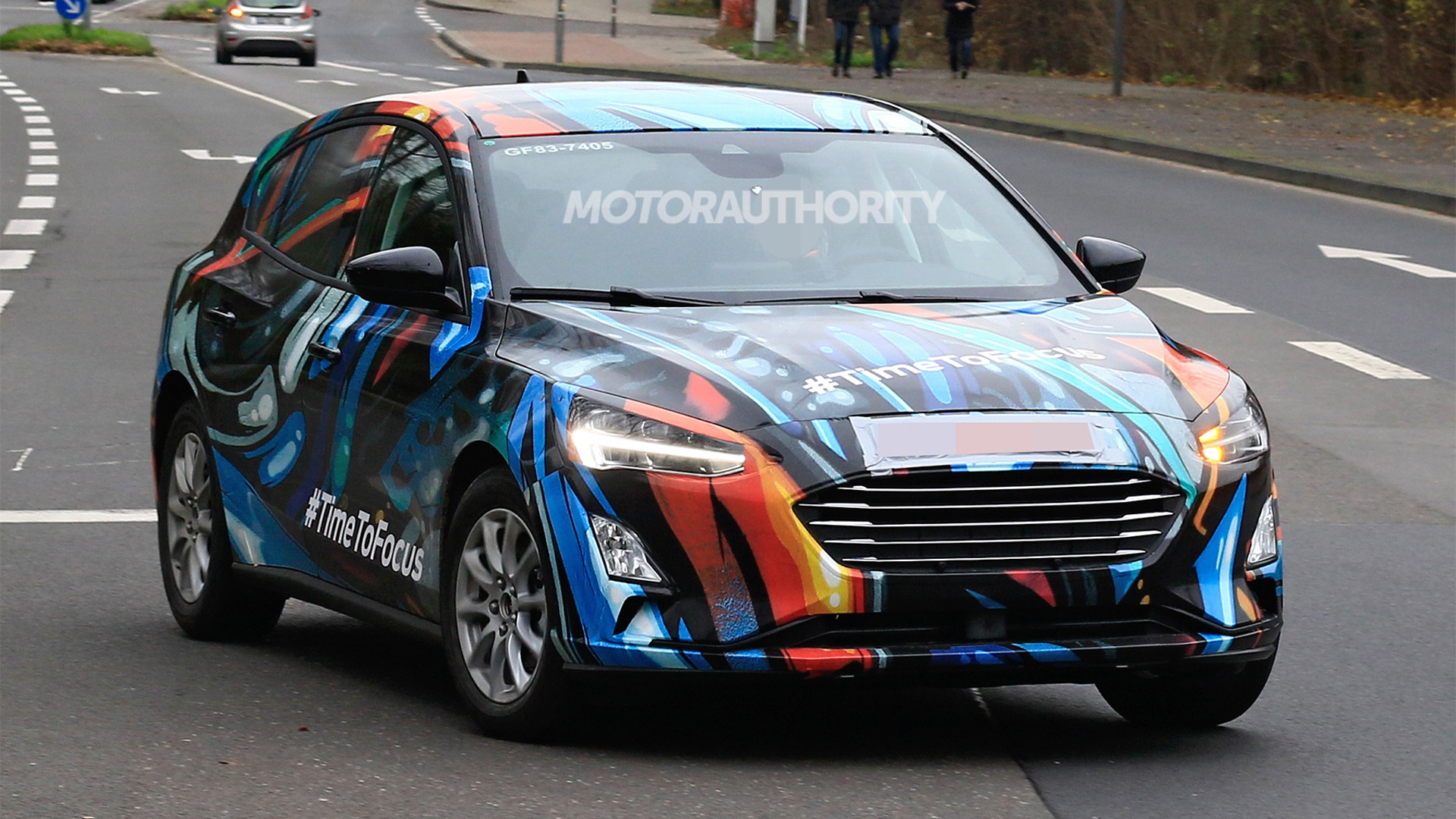 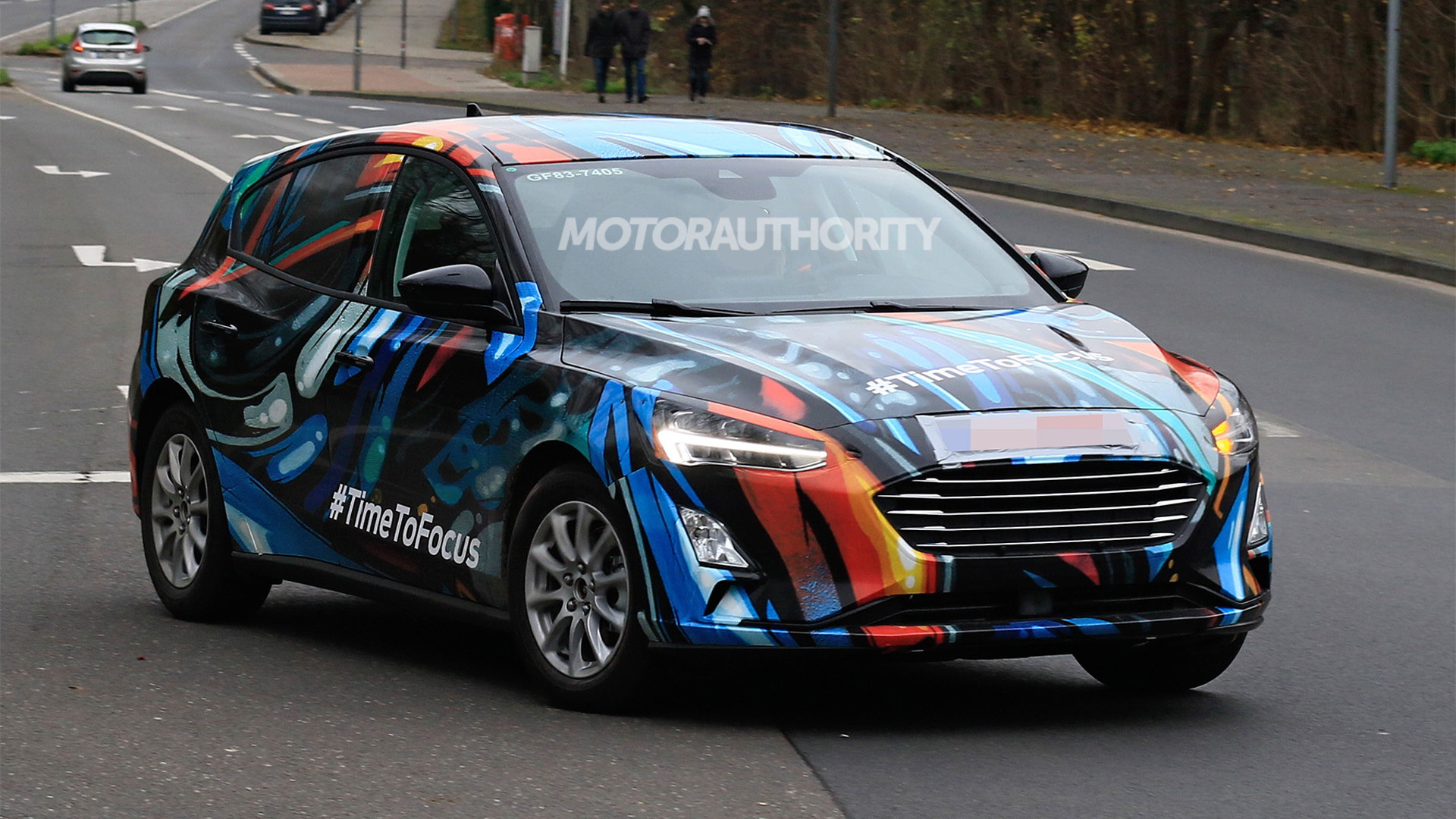 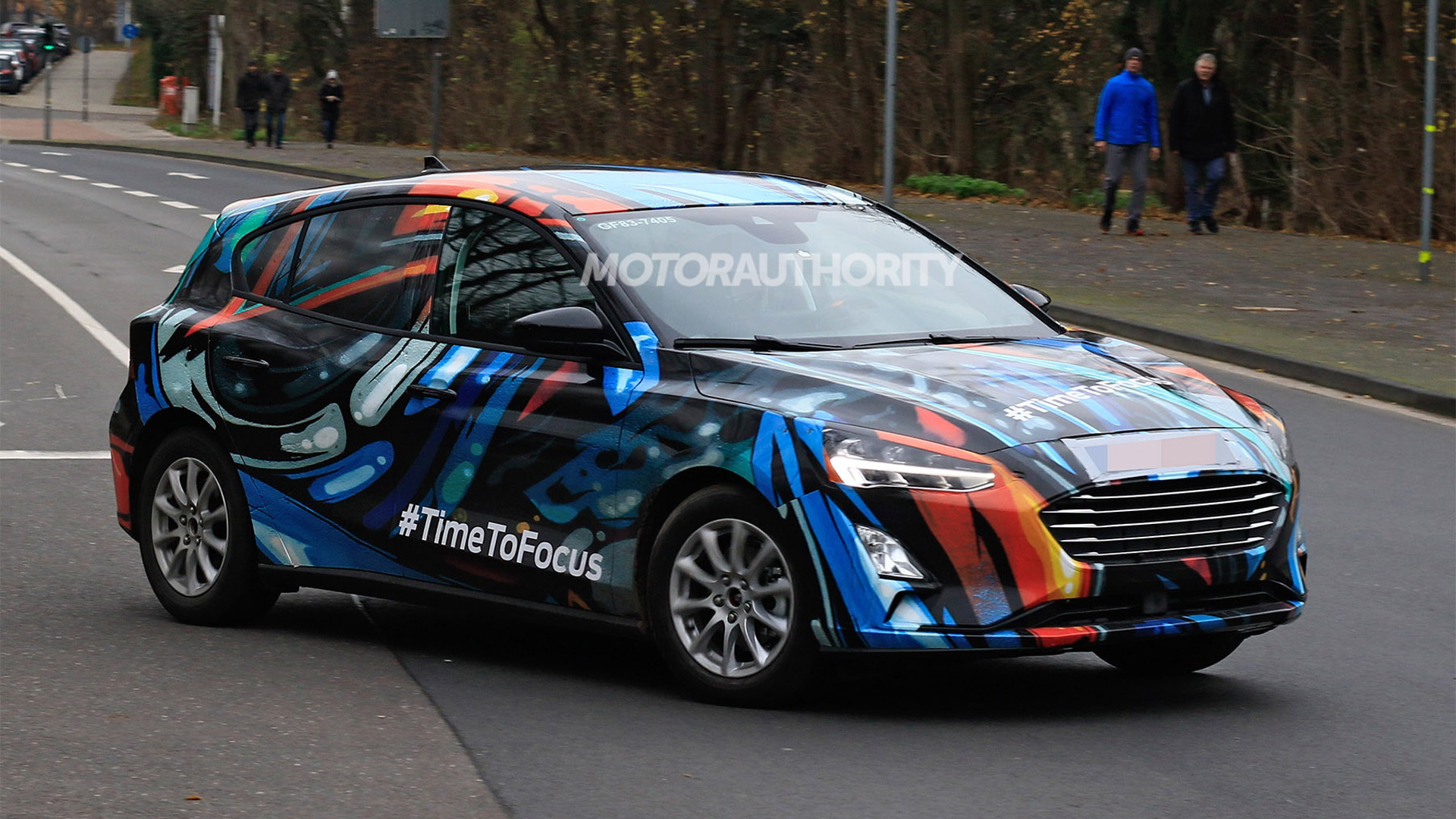 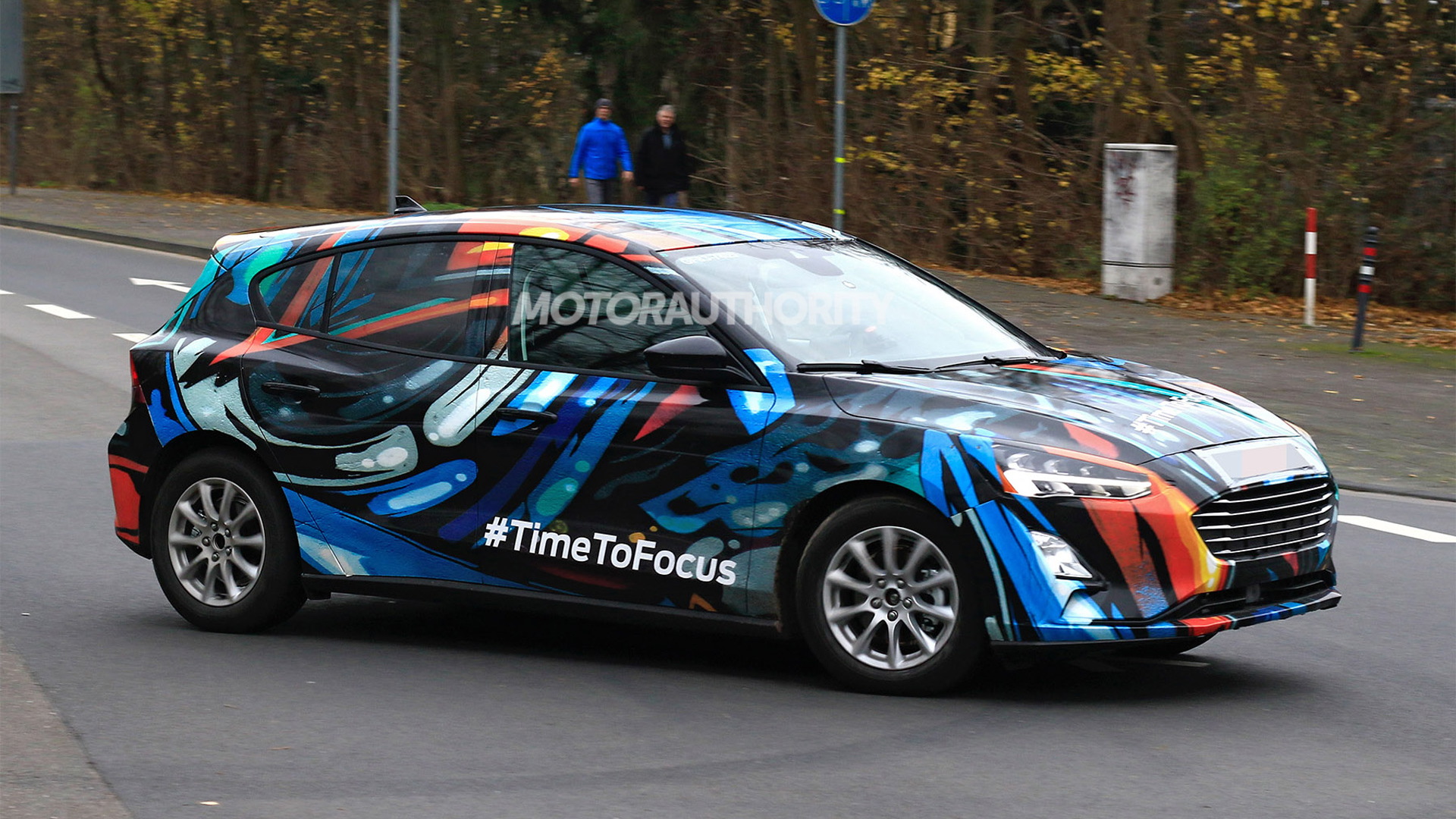 A prototype for the next-generation Ford Focus has been spotted again, and this time it's wearing its final skin. This suggests the reveal is coming up soon.

The car represents the fourth generation of the Focus nameplate and is expected on sale next fall, as a 2019 model. And this time around Ford will source the popular compact from a plant in China.

We also have a shot of the interior which looks to be very different to the design of the current Focus. Dominating the cabin is the infotainment system's display screen located at the top of the dashboard's center stack.

From modifications seen on earlier test mules, we know the redesigned Focus is slightly longer and wider than the current model. This should lead to more space in the cabin.

Apart from this there isn’t a whole lot of info on the next Focus. We expect the formula to be the same, with the car once again coming in hatchback, sedan and wagon body styles.

A variety of powertrains should also be on offer once more, including performance-oriented options for successors to the current model's ST and RS hotties. The entry-level option should be an inline-3 with fuel-saving cylinder deactivation. This engine is also featured in the redesigned Fiesta.

It's not clear if Ford will continue to offer an electric option. That's because the automaker is expected to launch a family of electrified cars, possibly under the Model E name. Furthermore, Ford in January confirmed plans to add a compact electric SUV with a 300-mile range to its lineup by 2020.