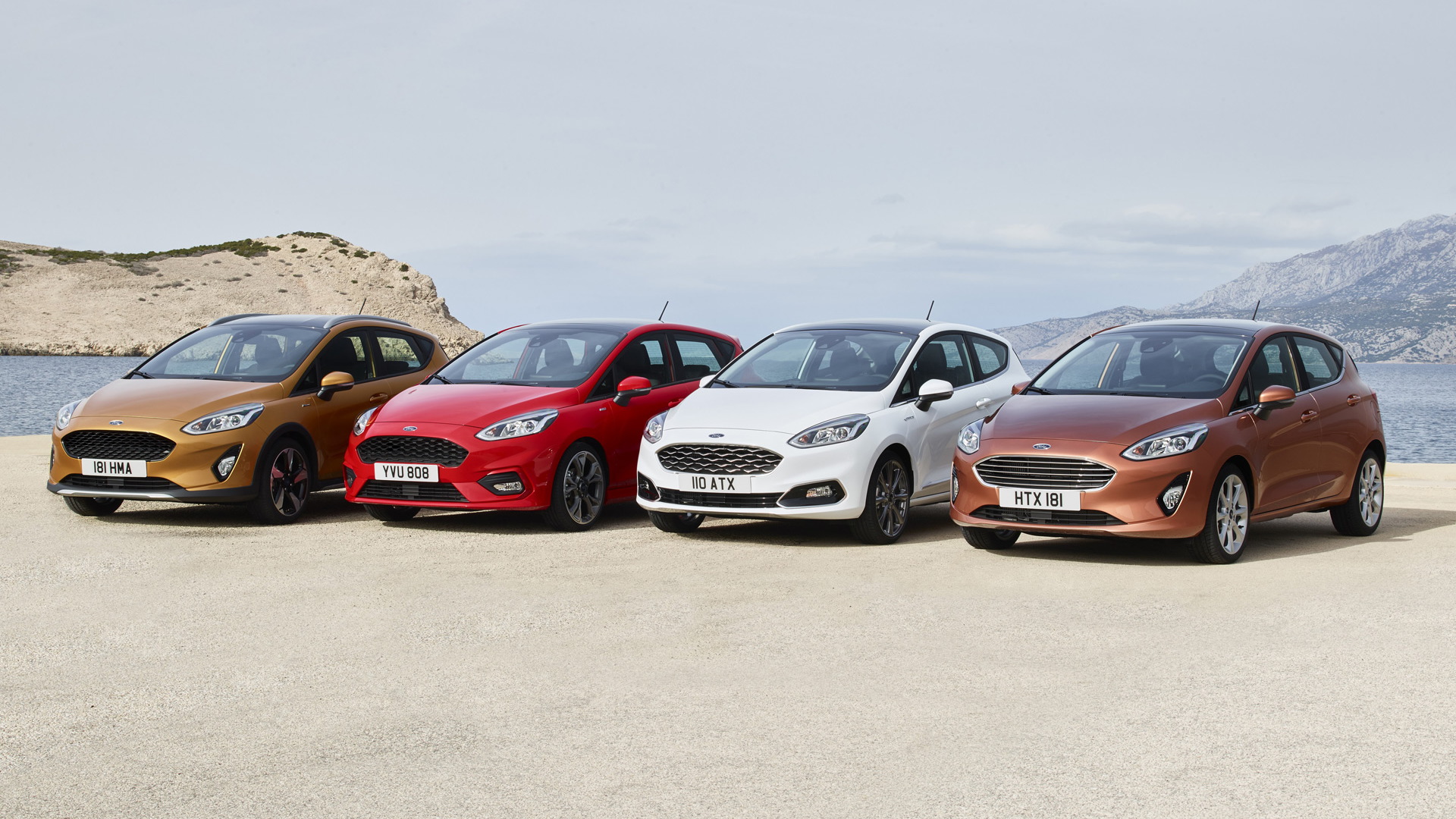 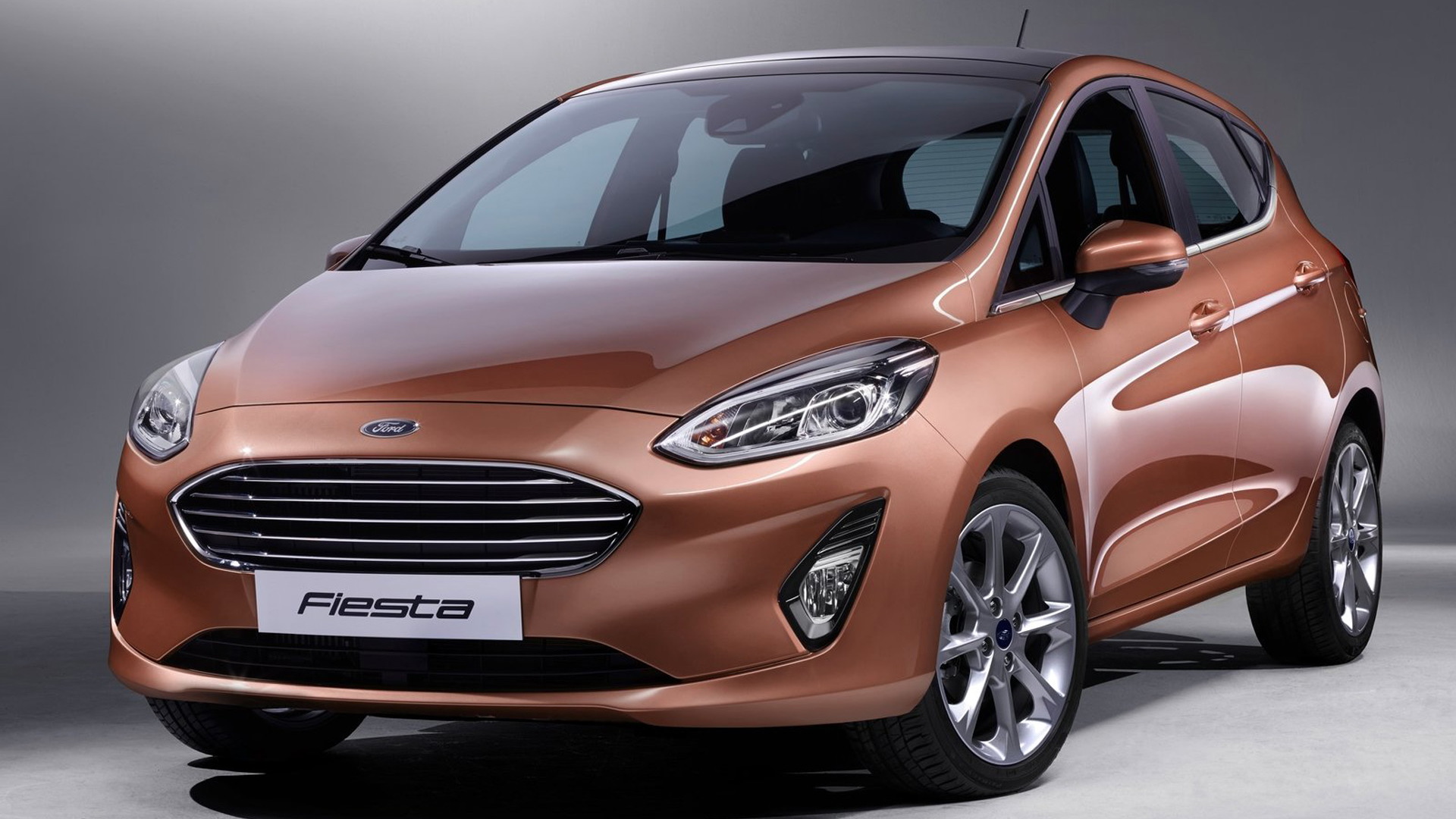 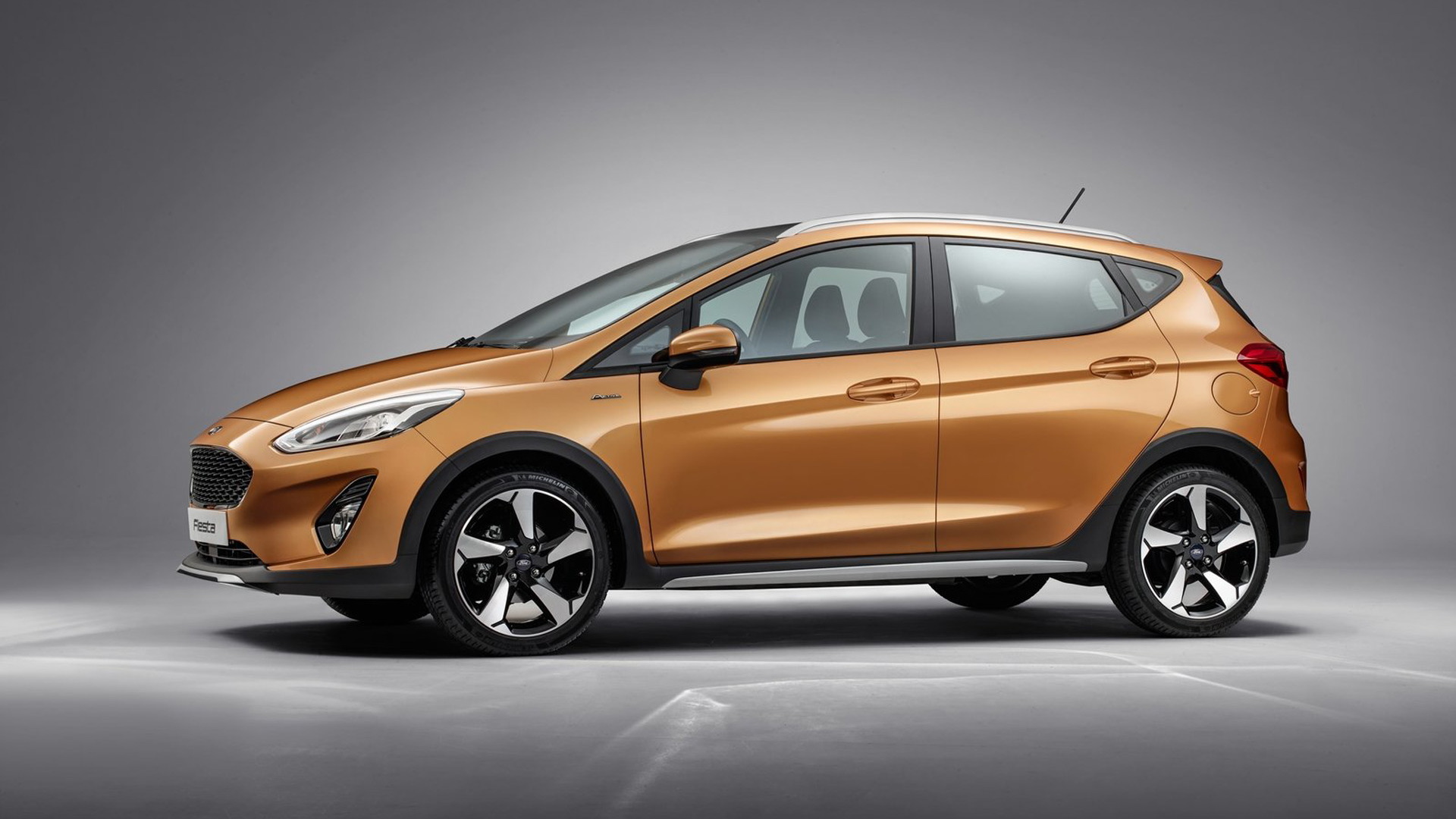 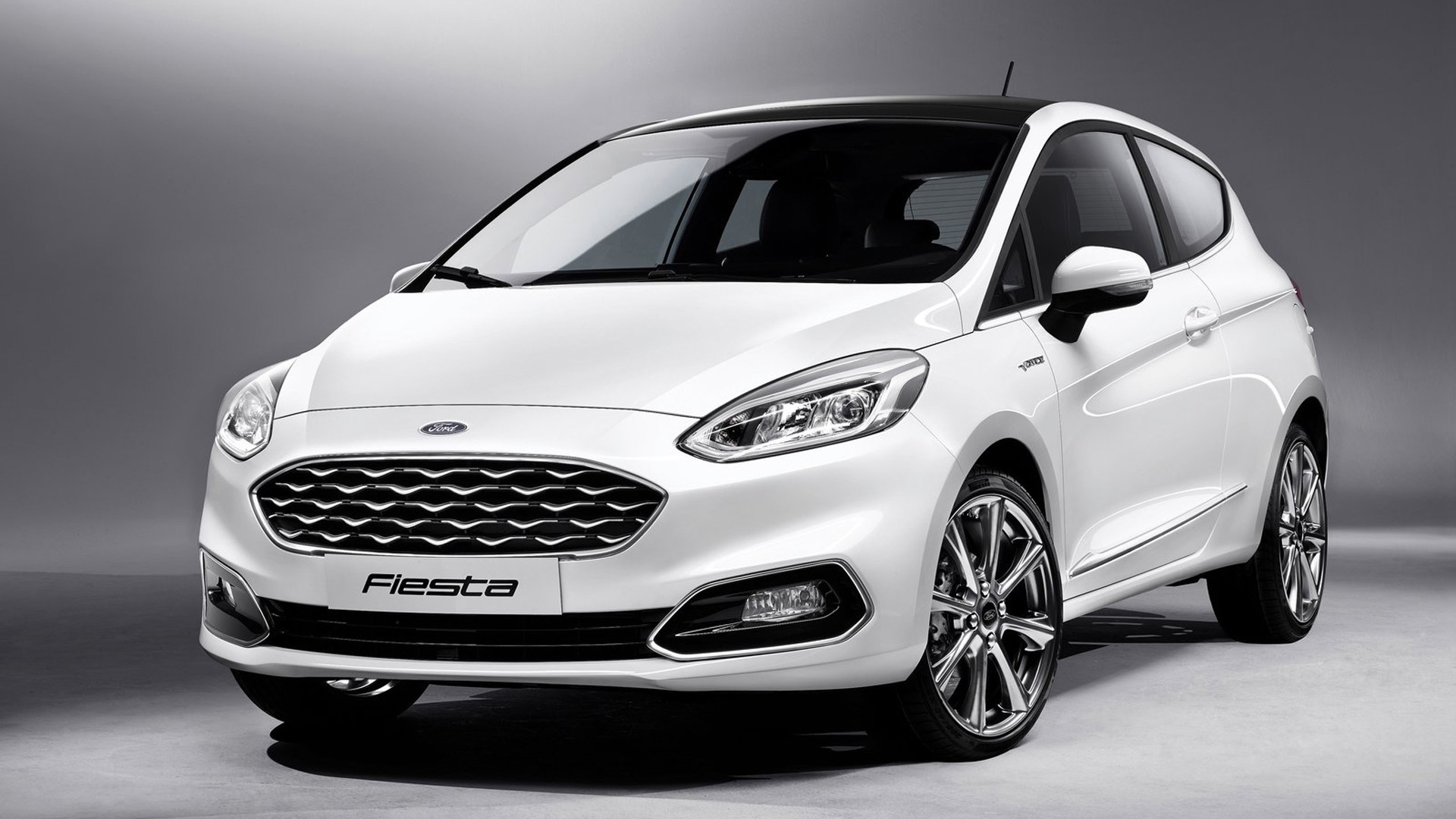 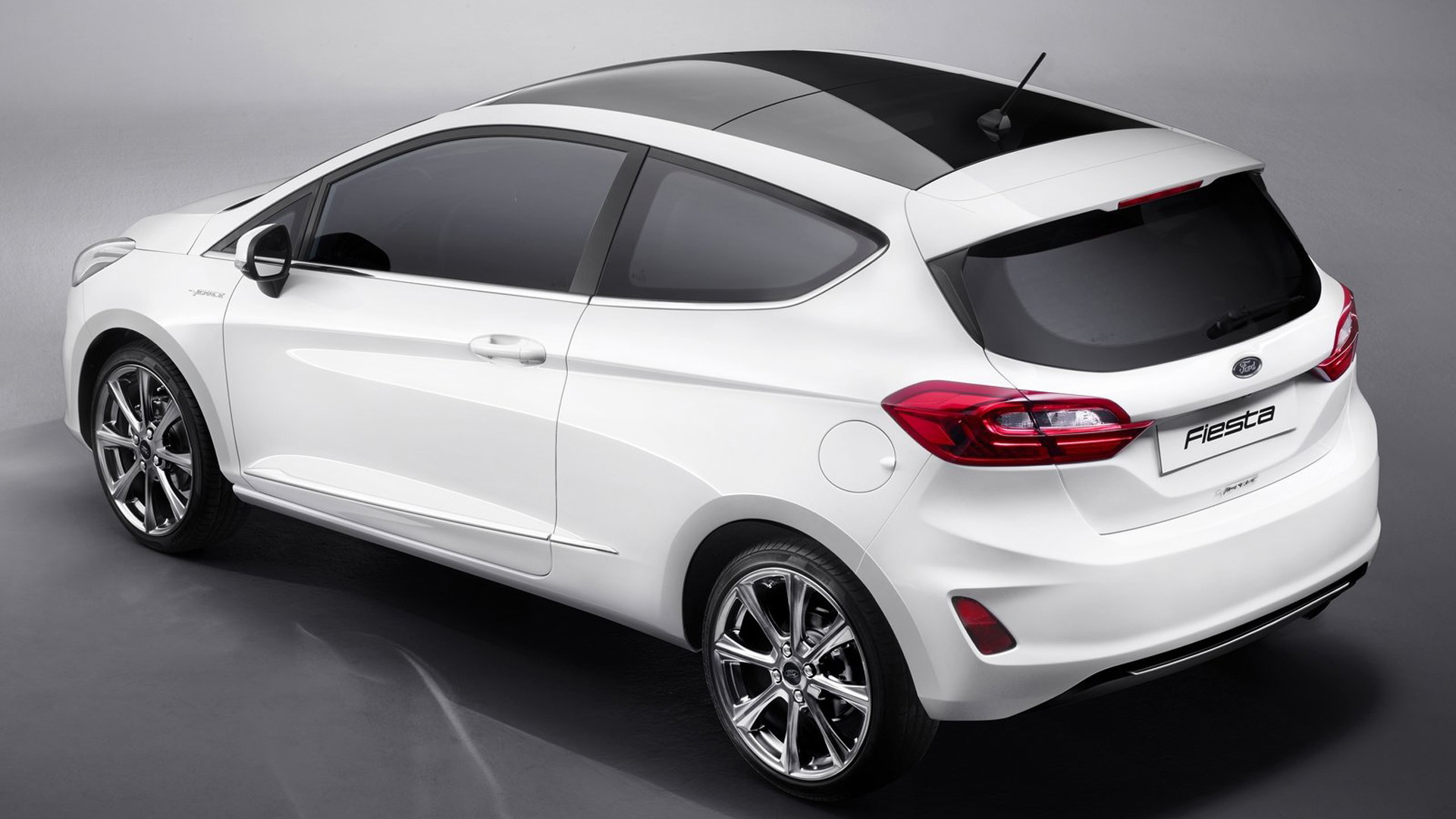 The car is expected in the United States in late 2017, as a 2018 model, and represents the seventh generation of Ford’s popular subcompact.

The design is clearly evolutionary although the new car is slightly wider and more squat than the one it replaces. It also has a more upmarket look and feel, particularly in some of the models confirmed for the European market such as the Vignale. There’s also a soft-roader model dubbed the Active. Still in the works is the sporty ST model.

The interior is a major improvement over the somewhat basic design in the outgoing model. The dash is lined in soft-touch materials and tacked to the center is a large touchscreen display for the Sync 3 infotainment system. Ford says the car will even be offered with an available B&O PLAY sound system.

Ford is saving most of the details for the car’s formal debut, most likely at the 2017 Geneva auto show next March. However, the automaker has confirmed that the redesigned Fiesta in some markets will be available with a turbocharged inline-3 complete with cylinder deactivation.

The engine in low-load situations can “switch off” one of the three cylinders, by stopping valve operation for the particular cylinder as well as fuel delivery. The system can engage or disengage the cylinder in just 14 milliseconds and thanks to features designed to counteract vibrations, the process should be imperceptible to drivers. Meanwhile, fuel savings are said to be in the vicinity of 6 percent.