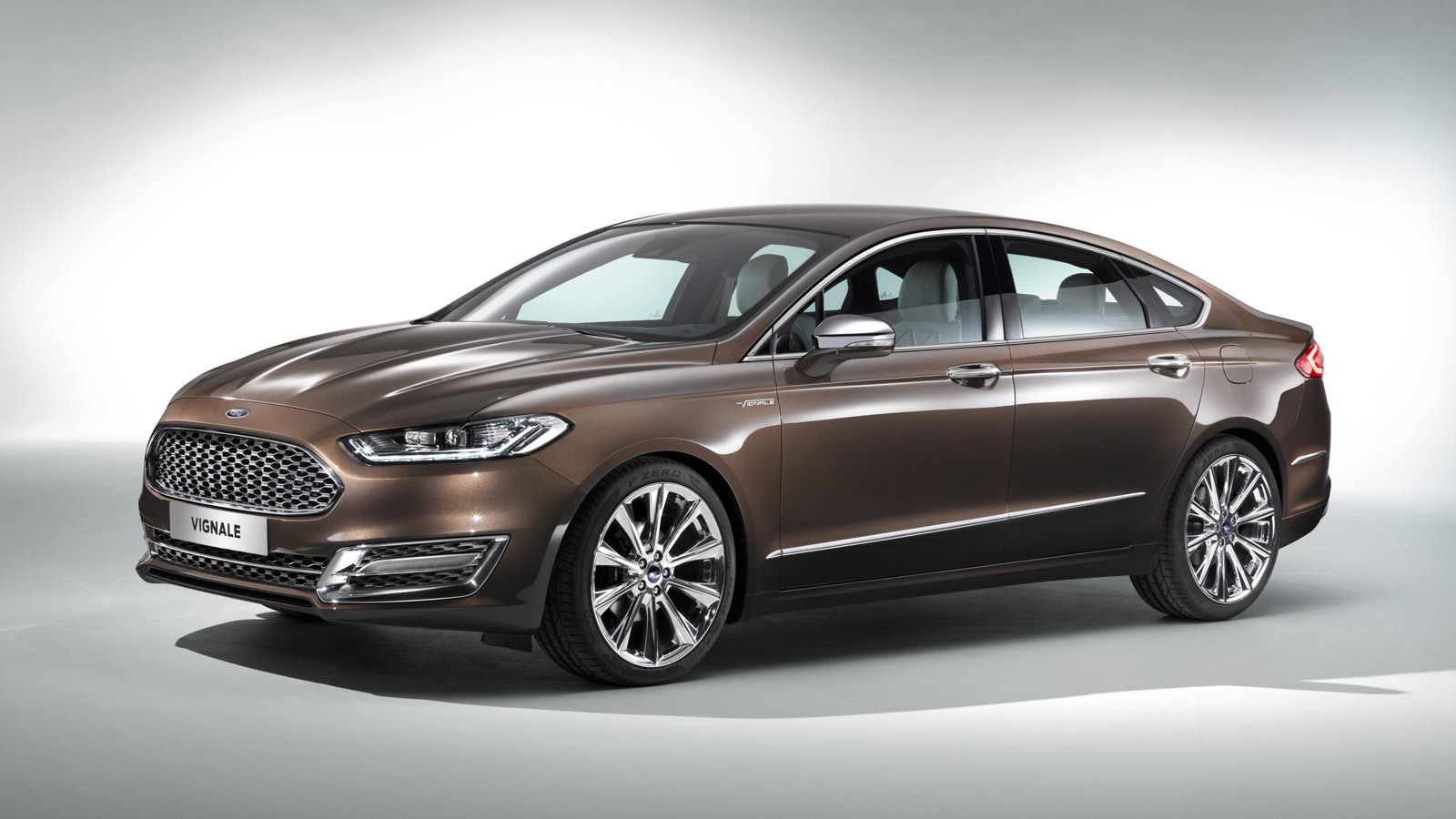 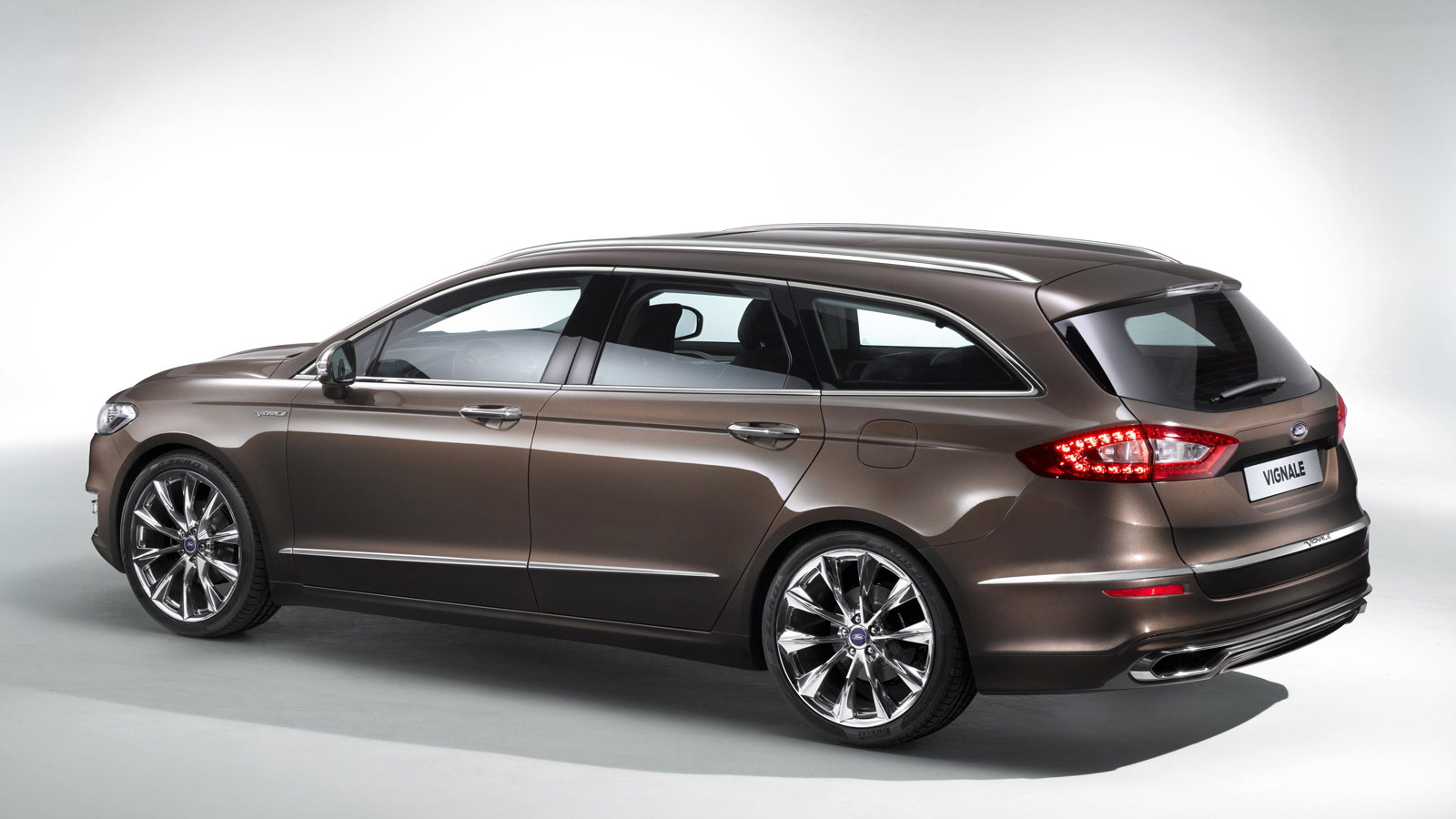 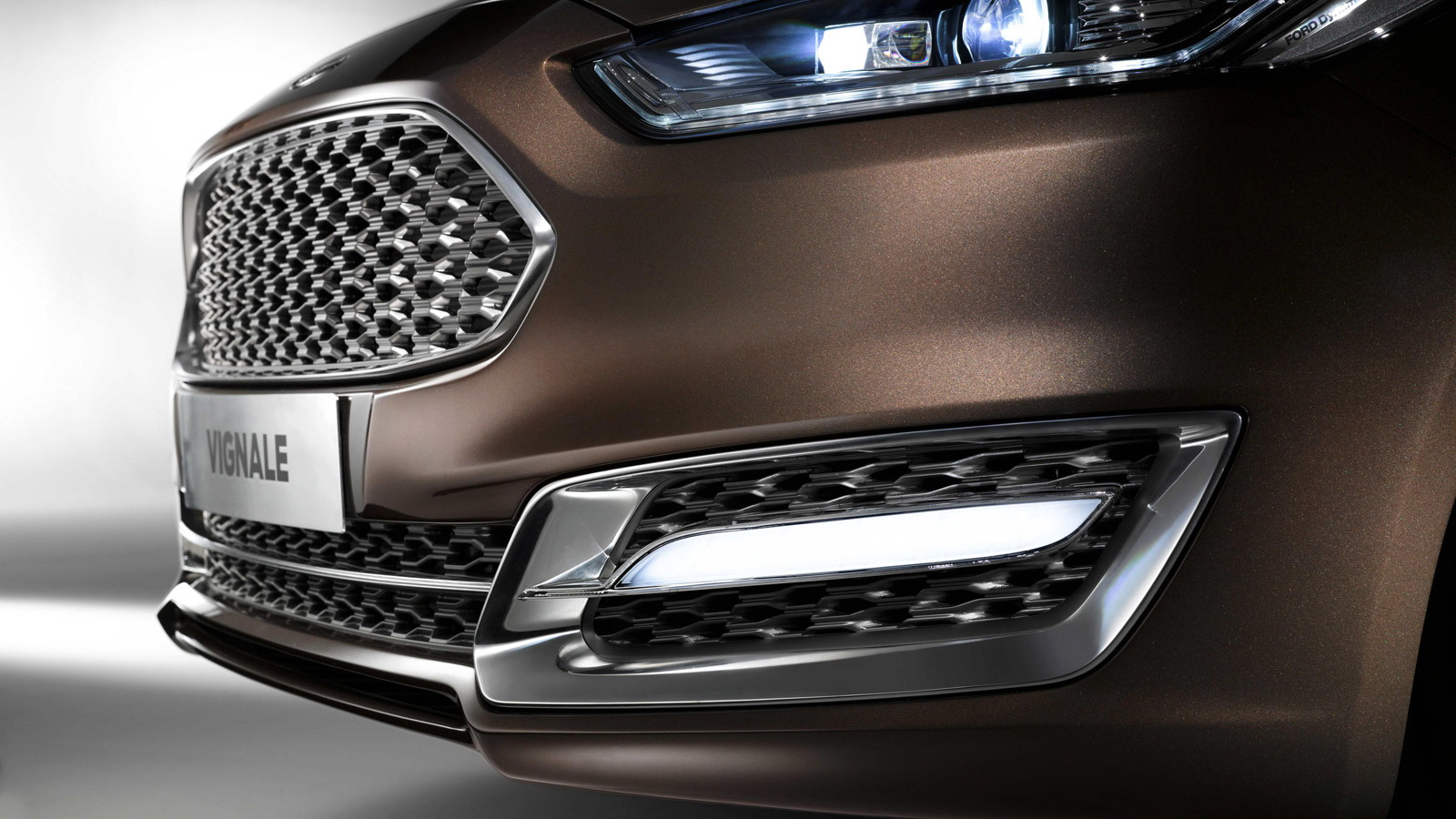 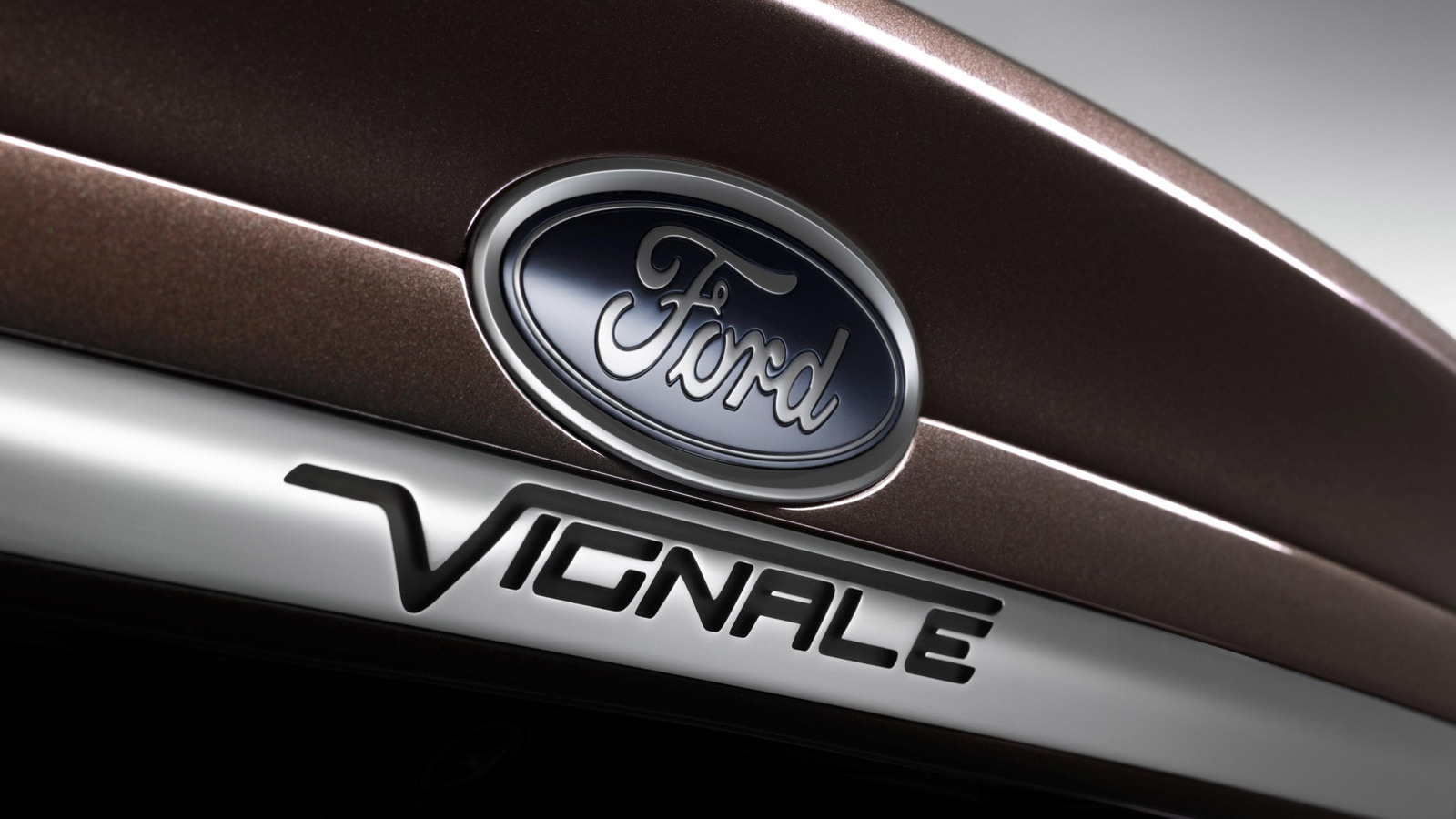 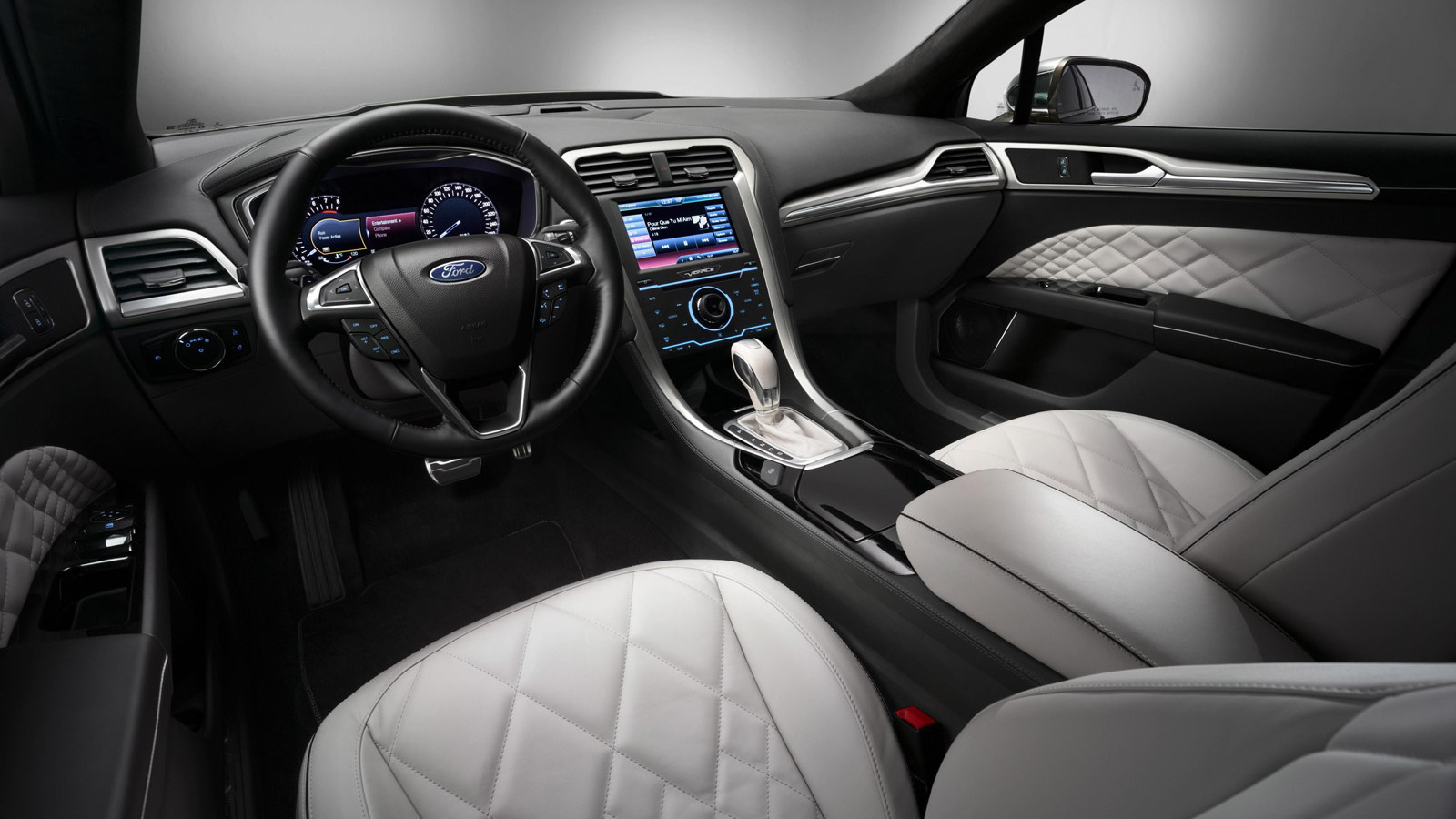 15
photos
Ford is going after buyers in the near-premium segment by announcing a new luxury-oriented sub-brand called Vignale (pronounced: Vin-ya-lay), which makes its formal debut at the 2013 Frankfurt Auto Show next week. Vignale will provide Ford with upmarket offerings in markets where its Lincoln brand isn’t sold, which means we’re unlikely to see it in the U.S. Overseas, it will be available by early 2015.

That’s a shame as it looks like Vignale could bring some nice touches to the Blue Oval lineup. Ford is using its latest Mondeo, the global version of the Fusion mid-size sedan, as the platform to launch Vignale. The automaker has confirmed, however, that other models will get the Vignale touch.

So what exactly does the Vignale branding bring to the table? According to Ford, it brings unique interior and exterior design touches, premium craftsmanship, and exclusive specification and technologies.

Some of these include 20-inch alloy wheels, unique badging, chrome door handles and mirror caps, mesh grilles, non-standard bumpers and an exclusive color palette. The brown color you see here is a Vignale exclusive called Nocciola.

For the interior, Vignale models will feature quilted leather trim as well as soft-touch materials extending to the steering wheel, instrument panel, center console, door top-rolls and center arm rest. Buyers will also be able to opt for embossed scuff plates and floor mats with thick pile carpet. Technology buffs will be catered for by a Ford SYNC with MyFord Touch interface, wi-fi capability and adaptive LED headlights, among other items.

Taking a leaf out of Lincoln’s playbook on what constitutes luxury, Ford says the Vignale branding will help speed up the buying process by offering the automaker’s best items in the one package. Everything will be customizable though, and there will also be some post-sale experiences that Ford says has been inspired by non-automotive VIP services such as chauffeuring, clubhouse access and rewards points. Some readers may recall that Lincoln will be launching a similar luxury sub-brand called Black Label here in the states.