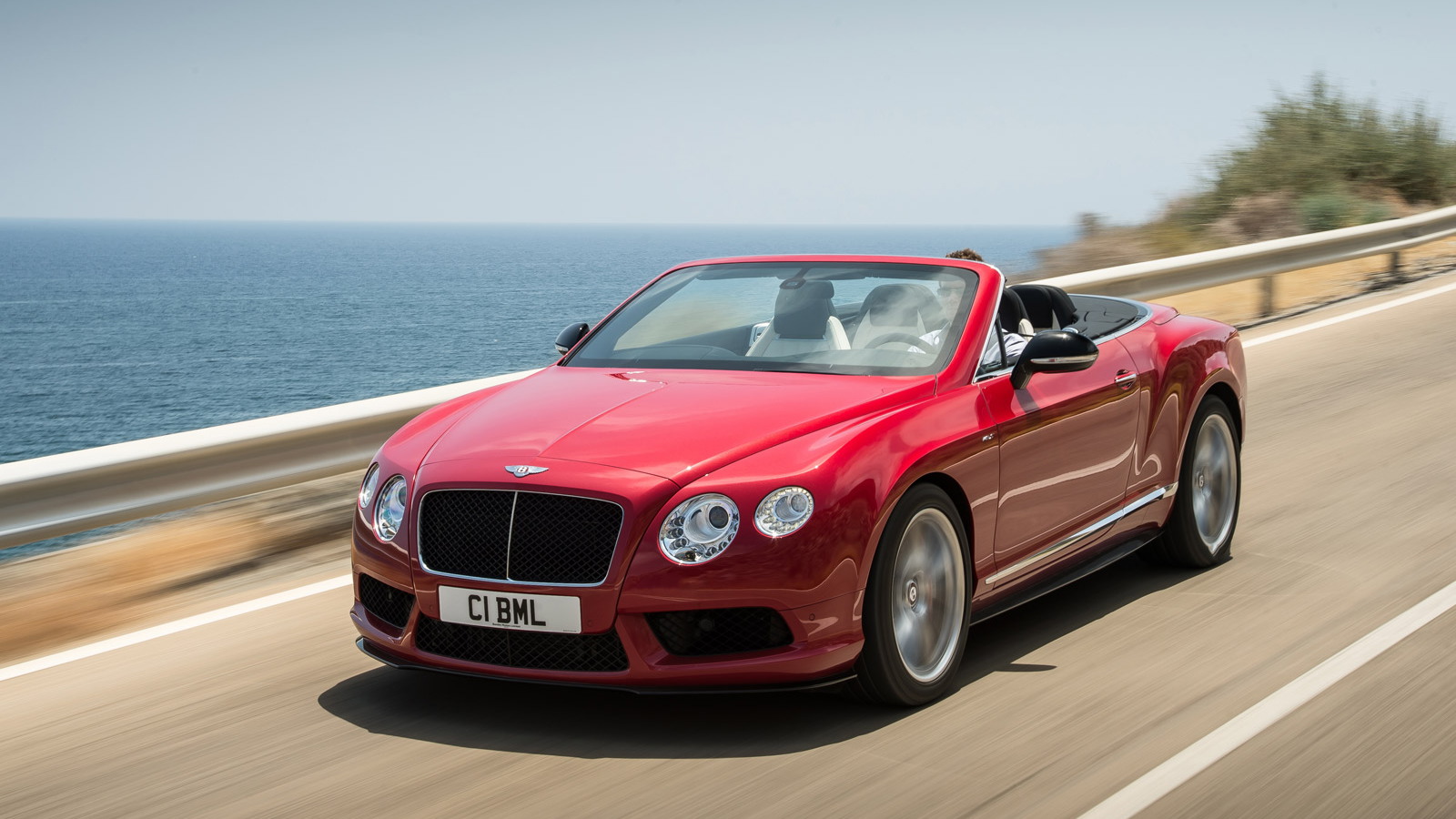 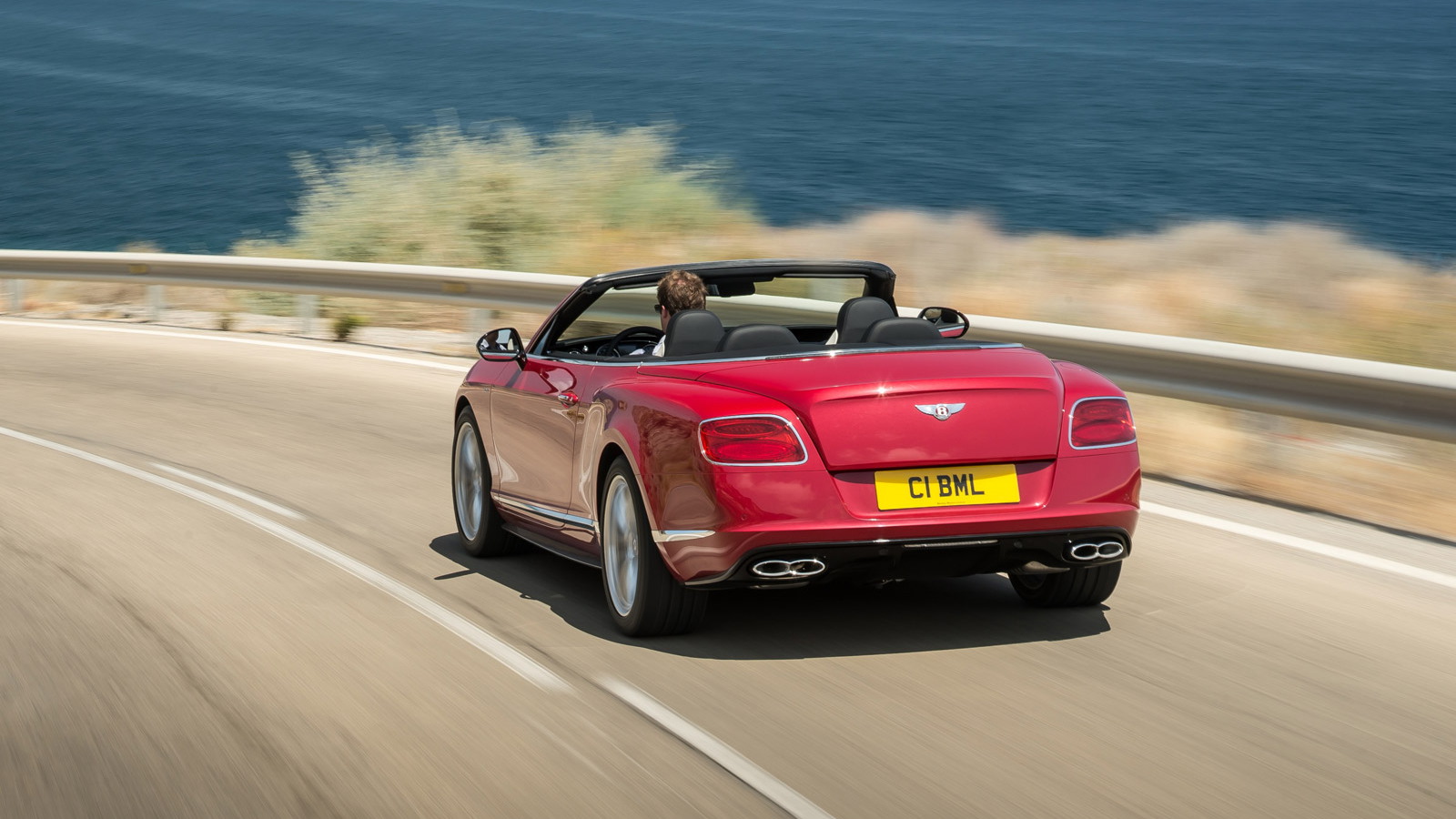 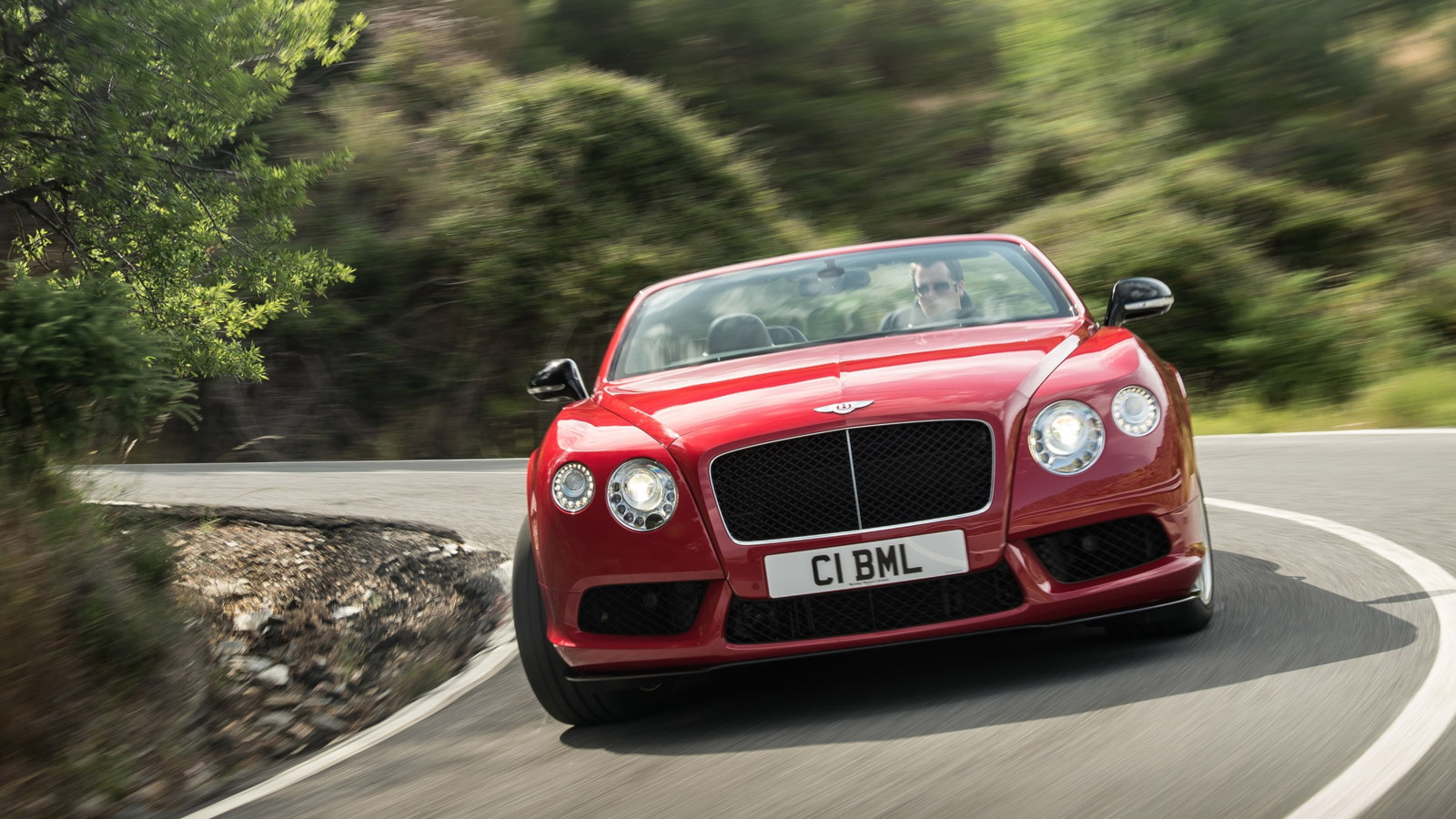 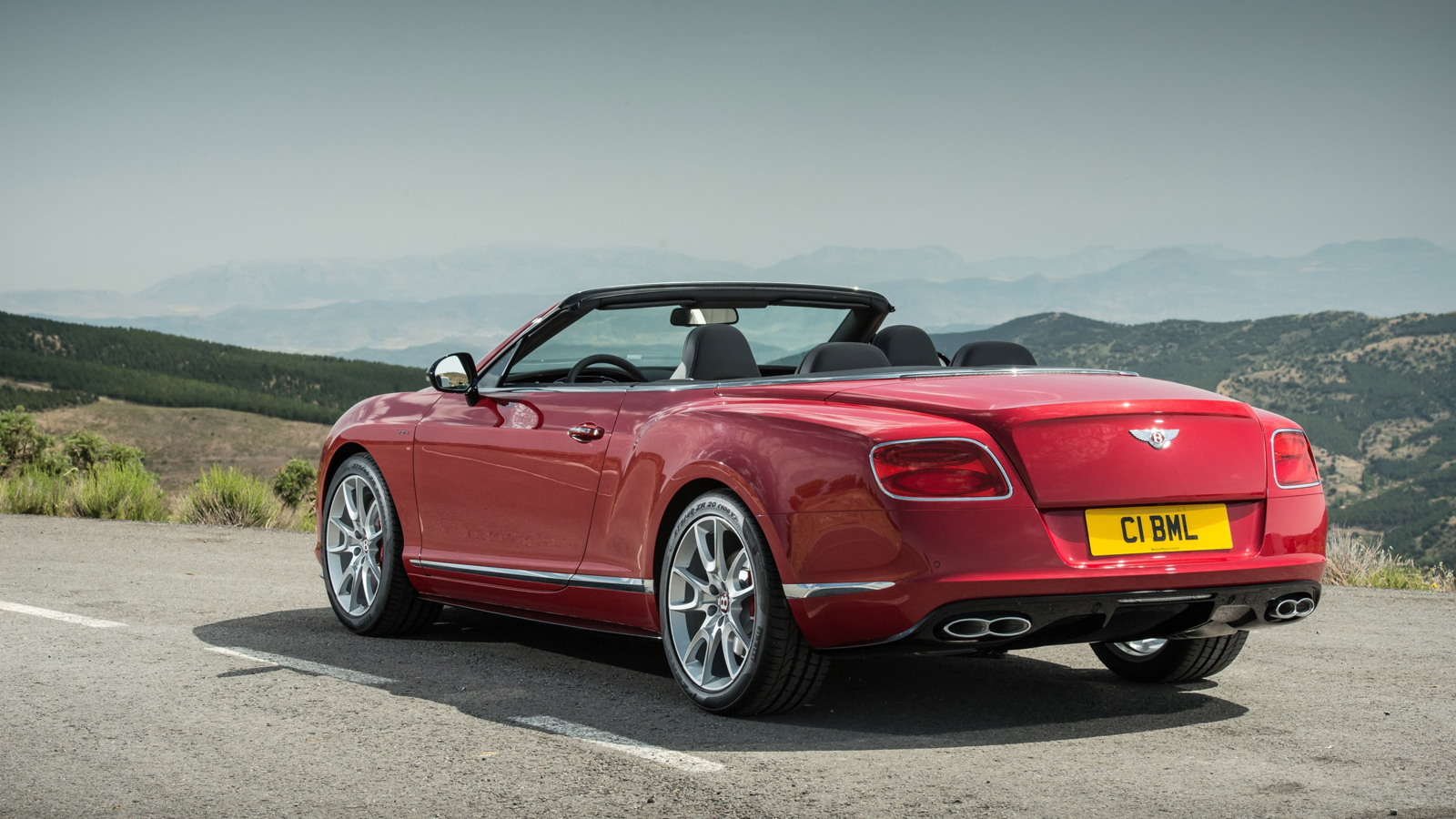 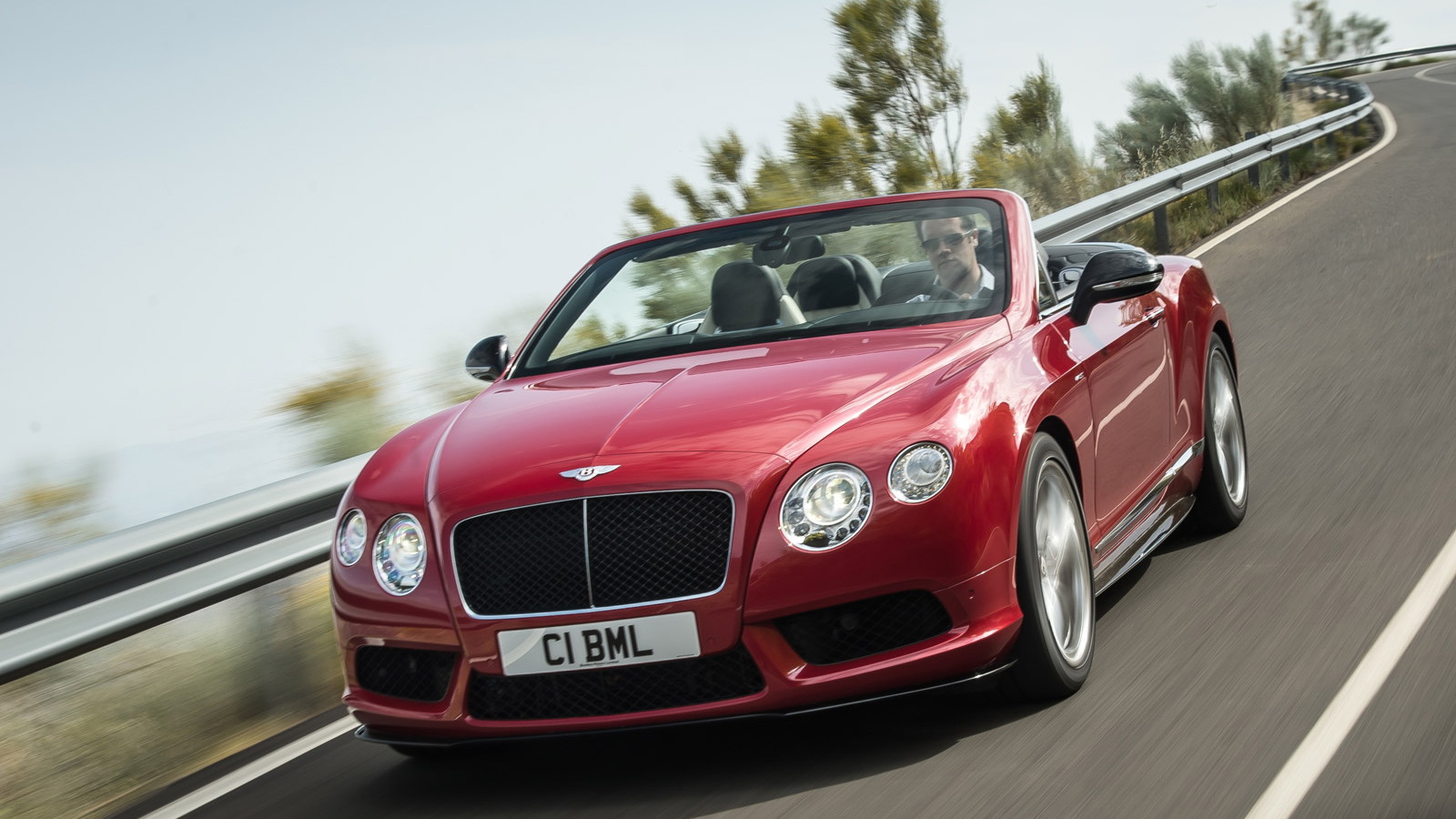 22
photos
Bentley is expanding its Continental range with two new sporty editions based on its GT V8 coupe and GTC V8 convertible. These V-8 models are positioned as the sportier option for drivers, thanks to the lighter weight of their V-8 engines compared to the big W-12 mills also offered in the Continental, and the associated improvement in dynamics that come with carrying less weight over the front axle.

The new editions, the GT V8 S and GTC V8 S, heat things up further by stiffening the suspension, sharpening the steering, freeing up the exhaust and raising output. The cars also get unique ‘S’ styling cues to set them apart from their regular GT V8 and GTC V8 brethren.

Delivered via a ZF eight-speed automatic and standard all-wheel drive, the increased power is said to offer effortless performance and smoother power delivery.  There is also an S mode for the transmission, which sharpens the throttle response, speeds up shift times and allows gears to be held for longer.

Despite the gain in performance, Bentley is confident the engine will still be able to carry the big bruiser that is the Continental GT over a distance of 500 miles on a single tank of gas. EPA-rated fuel economy will be announced closer to market launch, though owners can expect a combined rating of about 26.8 mpg for the coupe and 25.9 mpg for the convertible.

As mentioned, stiffened suspension has been installed and sees the cars lowered by about 10 millimeters. Spring rates, damper settings, the bushes and stabilizer bars have all been stiffened. Self-levelling air suspension is still featured, along with 20-inch wheels.

Unique styling cues include more aerodynamic fascias front and rear, discrete side sills and a subtle rear diffuser finished in Beluga gloss. The 20-inch wheels are also unique to the S models and are also available in 21-inch dimensions. Subtle “V8 S” badges are applied to each front fender, and as with the other members of the Continental V8 family, the famous Bentley Wings badges feature a red center and the exhaust tips have a 'figure 8' shape. Two exterior colors (Kingfisher Blue and Monaco Yellow) are unique to the cars.

Inside, you’ll find all the Bentley hallmarks, such as soft-touch leathers, wood veneers and knurled chrome detailing. Additional “V8 S” badges are displayed on each sill tread plate.

Most of the options are customizable and buyers can also opt for Bentley’s Mulliner Driving Specification, which adds a number of touches to both the exterior and cabin.

Following a debut at the 2013 Frankfurt Auto Show next week, the Continental GT V8 S and its GTC convertible sibling will go on sale in early 2014.