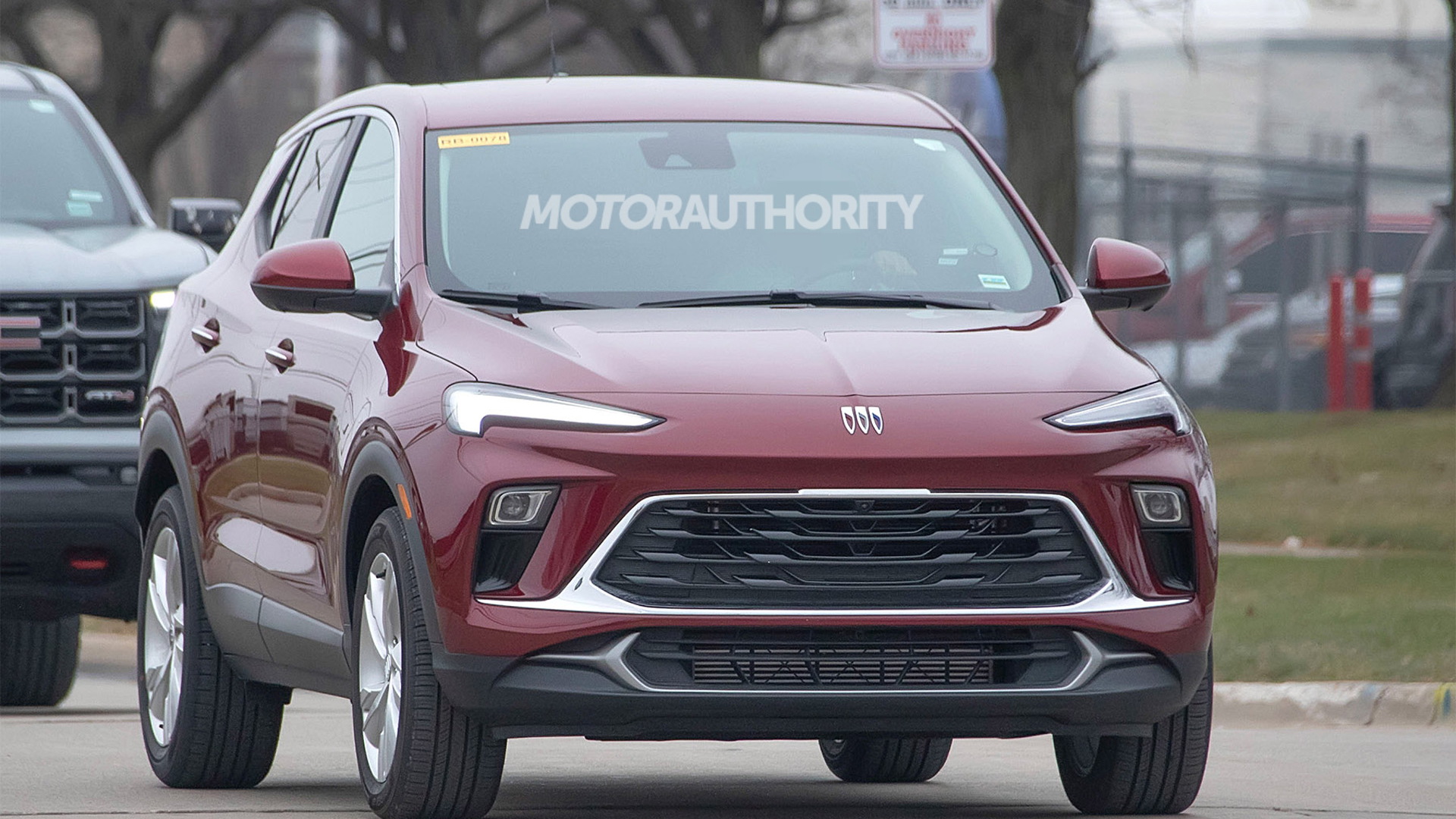 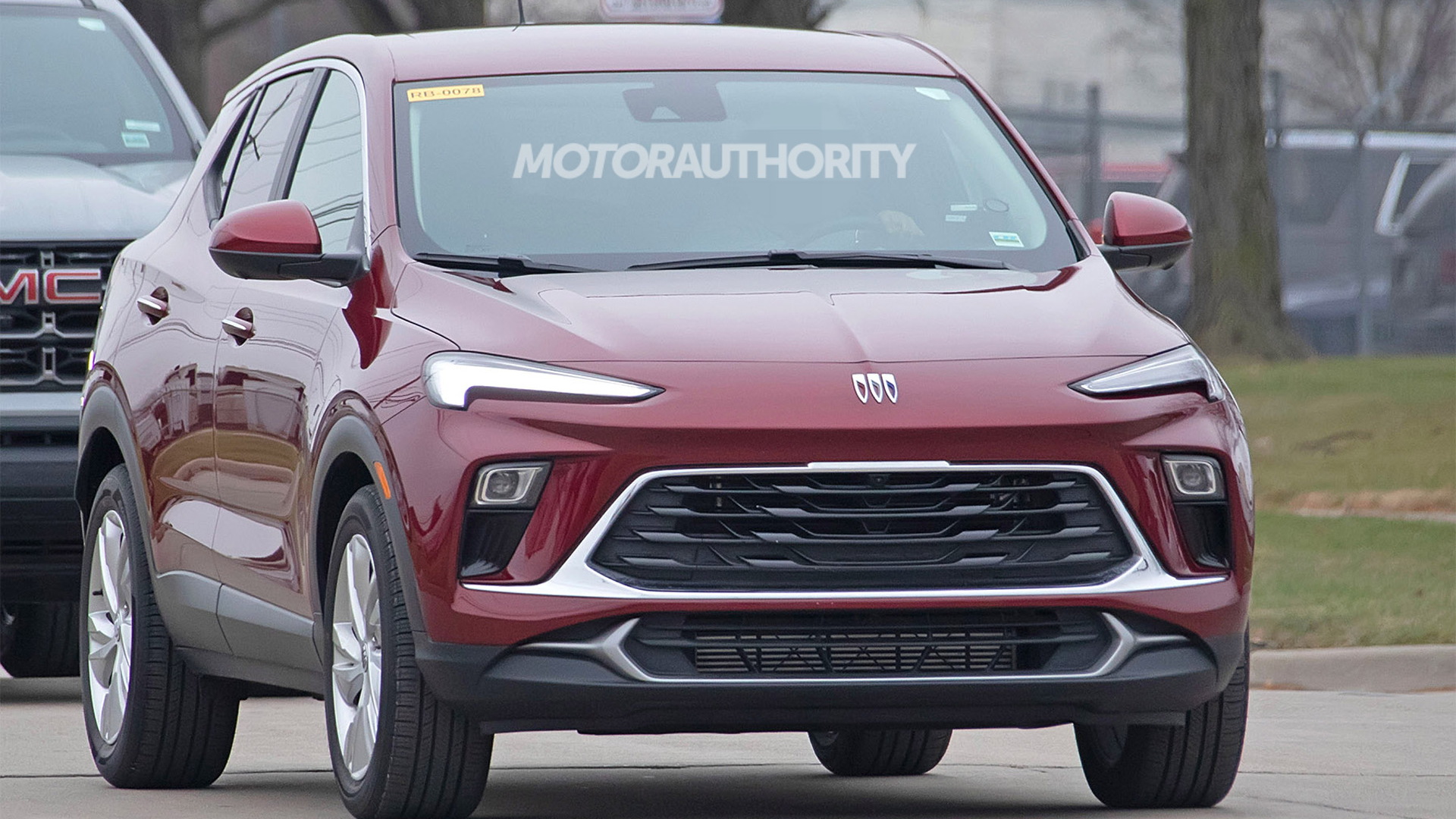 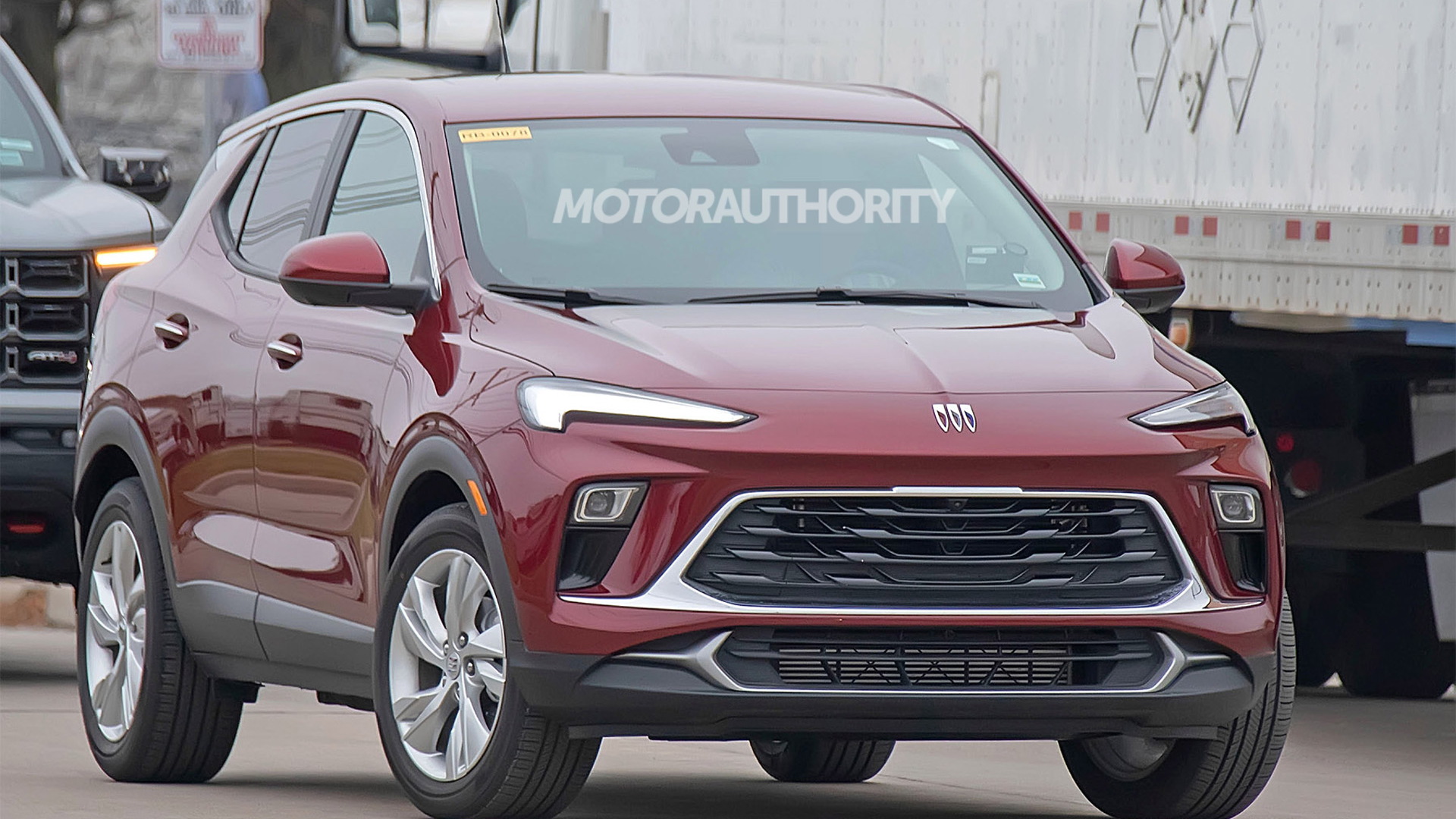 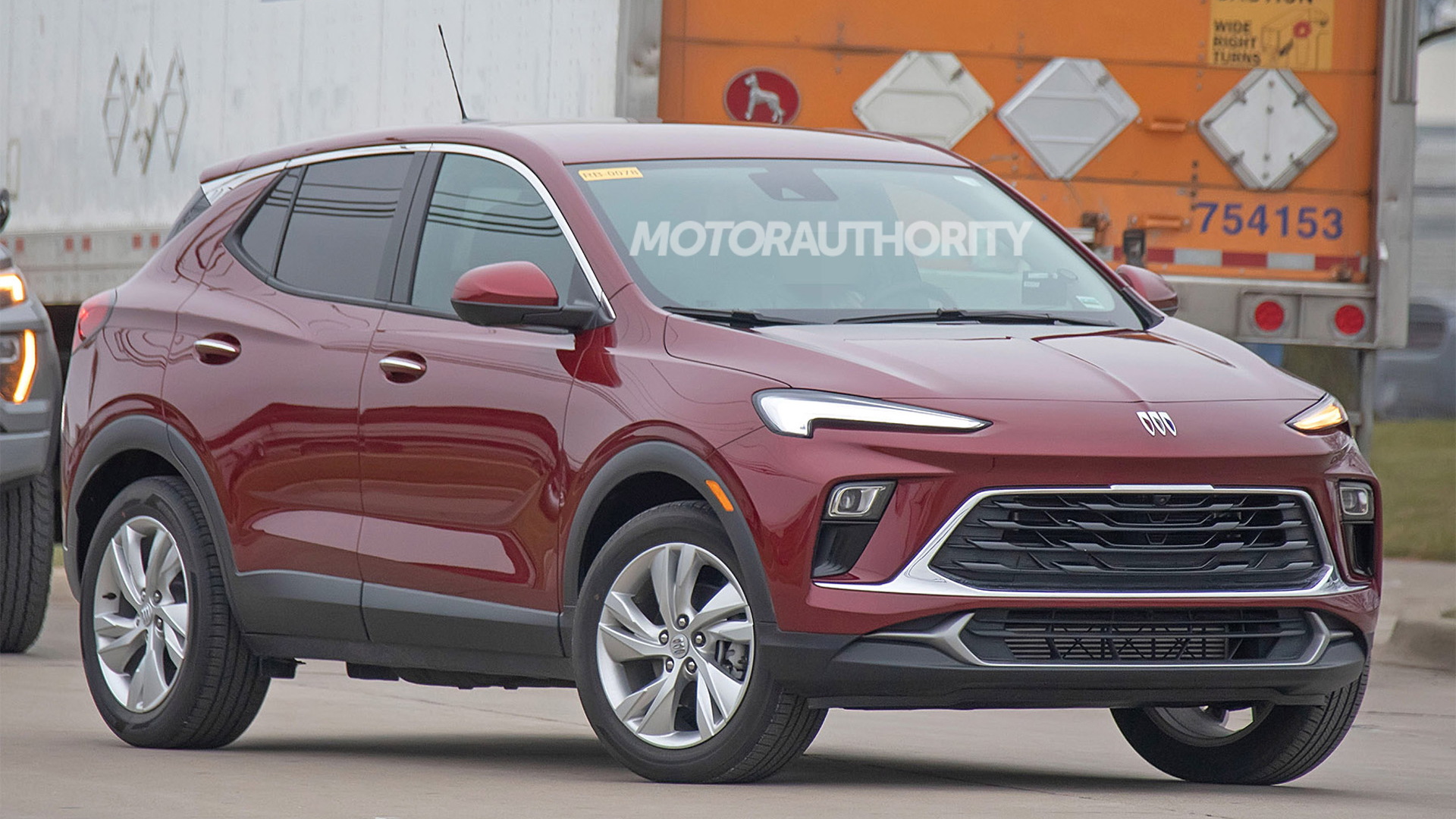 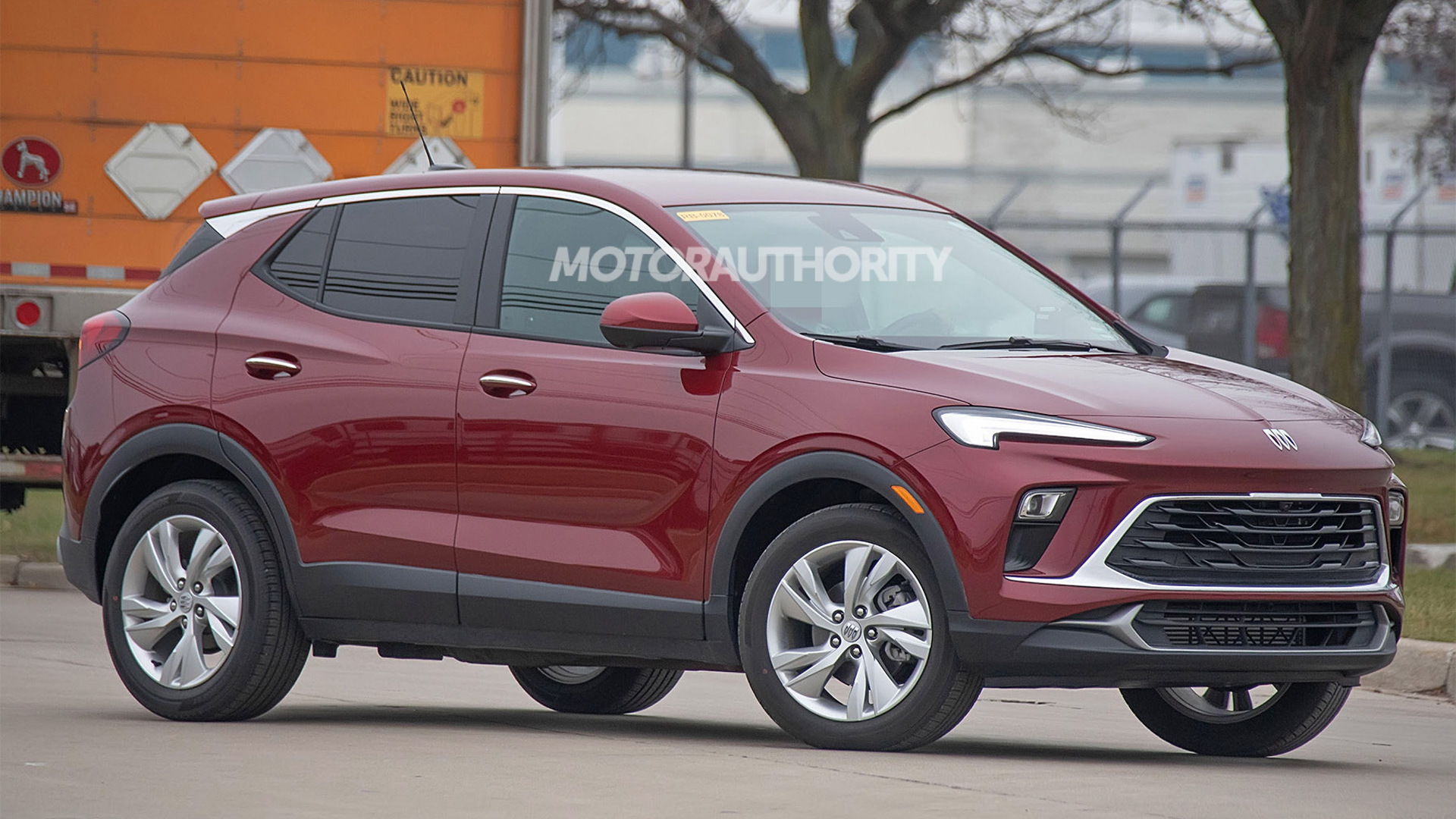 The Buick Encore GX subcompact crossover is about to come in for a major update, as evidenced by a prototype recently spotted testing near one of General Motors' U.S. proving grounds.

The prototype is completely undisguised, suggesting the debut is close. The updated Encore GX is currently thought to be set for a reveal early next year as a 2024 model.

The vehicle will be the first U.S.-bound Buick to feature the brand's new design language that was previewed on the Wildcat EV coupe and Electra-X crossover concepts shown earlier in the year. The look is characterized by a forward-leaning front end, a trapezoidal grille, and slit-like elements serving as the daytime running lights. It also incorporates Buick's recently updated tri-shield logo.

Expect updates to the interior of the Encore GX, too. A revised dash with a bigger infotainment screen and possibly a digital instrument cluster may be featured.

No changes to the powertrains are expected. The Encore GX is currently offered with either 1.2- or 1.3-liter 3-cylinder engines, both of them turbocharged. Front-wheel-drive models feature a CVT, while upgrading to all-wheel drive also adds a 9-speed automatic. The 1.2-liter engine is good for 137 hp, and the 1.3-liter engine bumps things up to 155 hp.

The Encore GX arrived for the 2020 model year as a slightly larger alternative to the Encore, a crossover that's also in the subcompact segment. It was among the first vehicles based on a platform from GM's VSS family, specifically the VSS-F for small, front-wheel-drive vehicles.