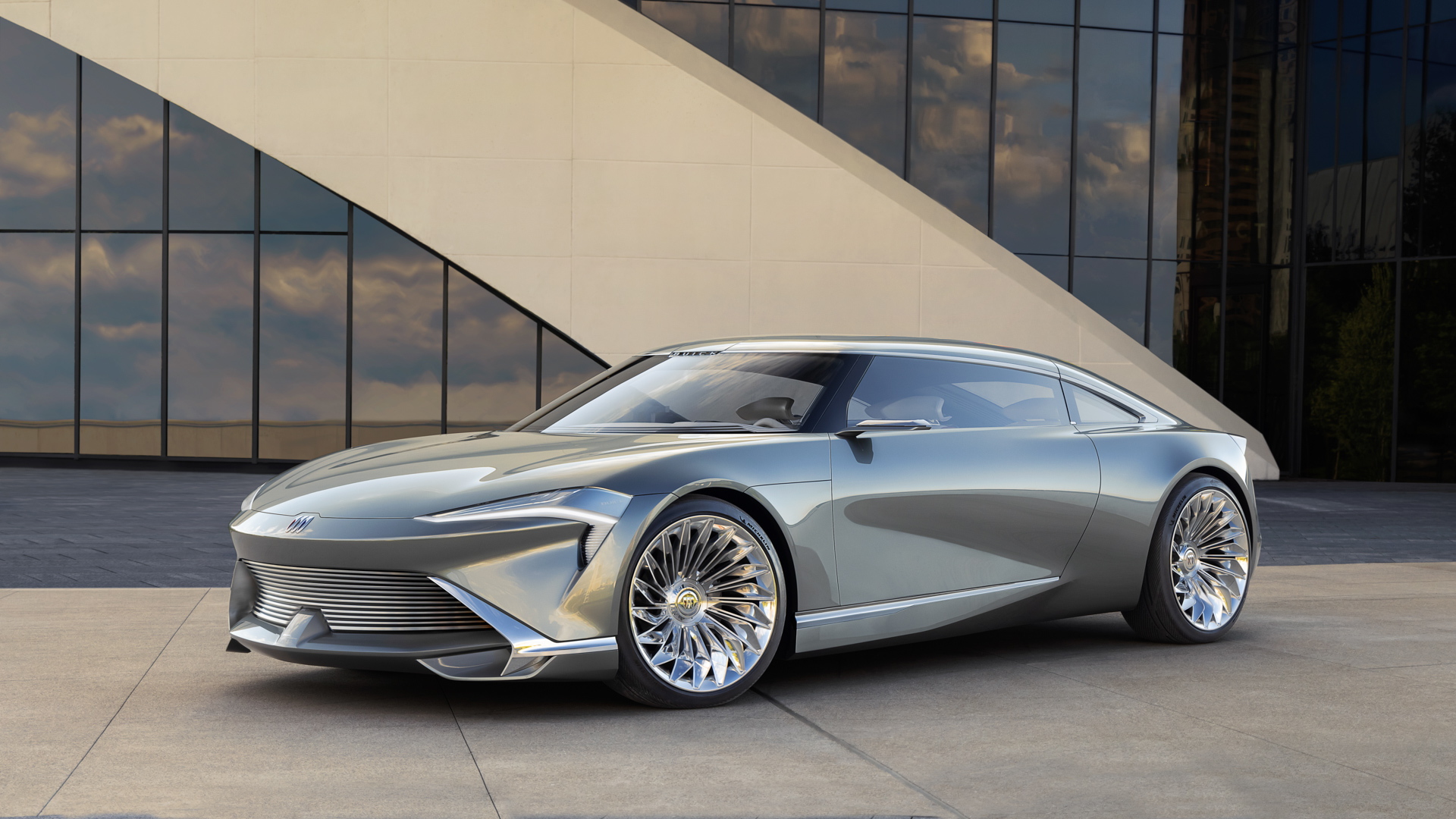 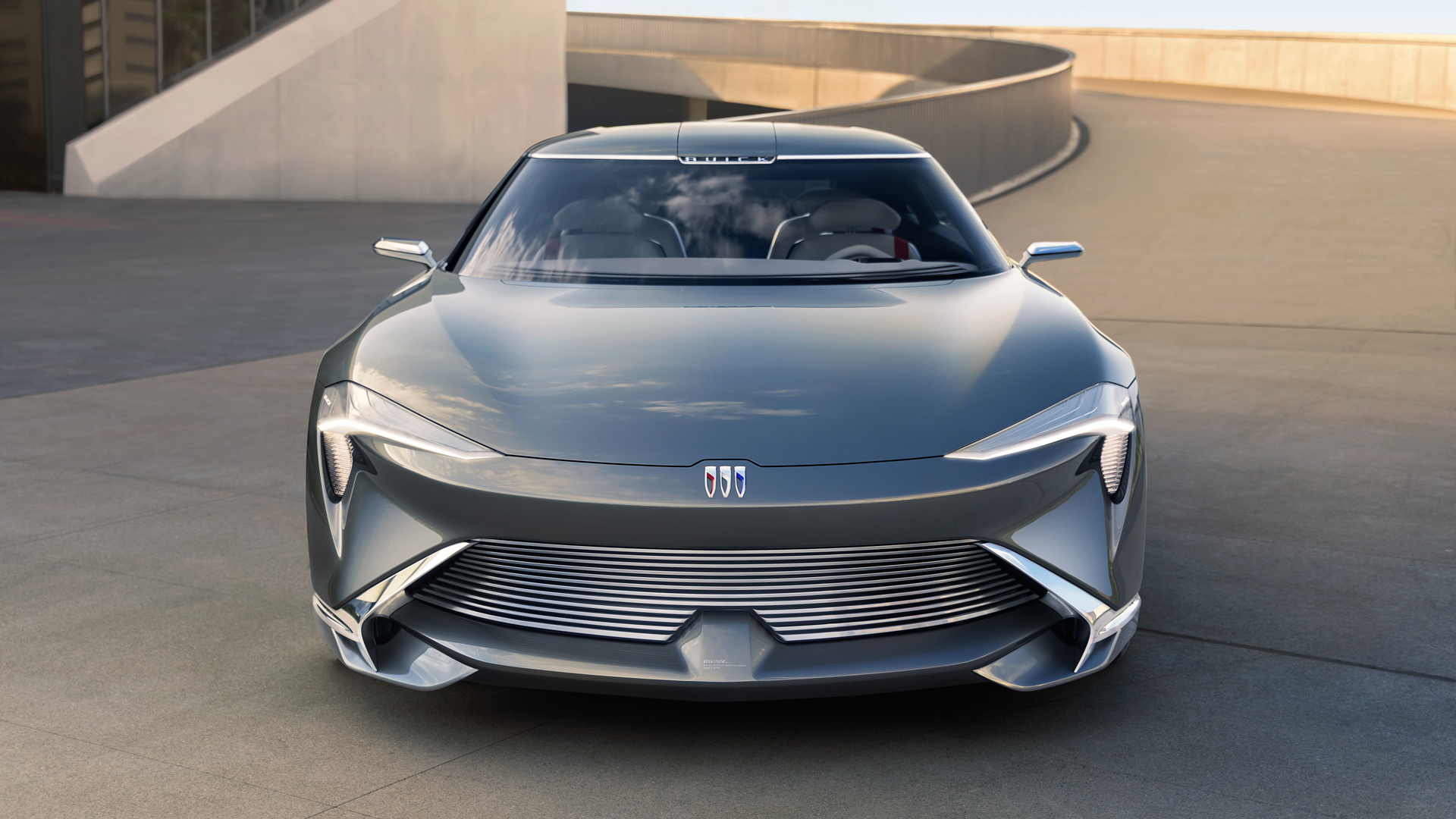 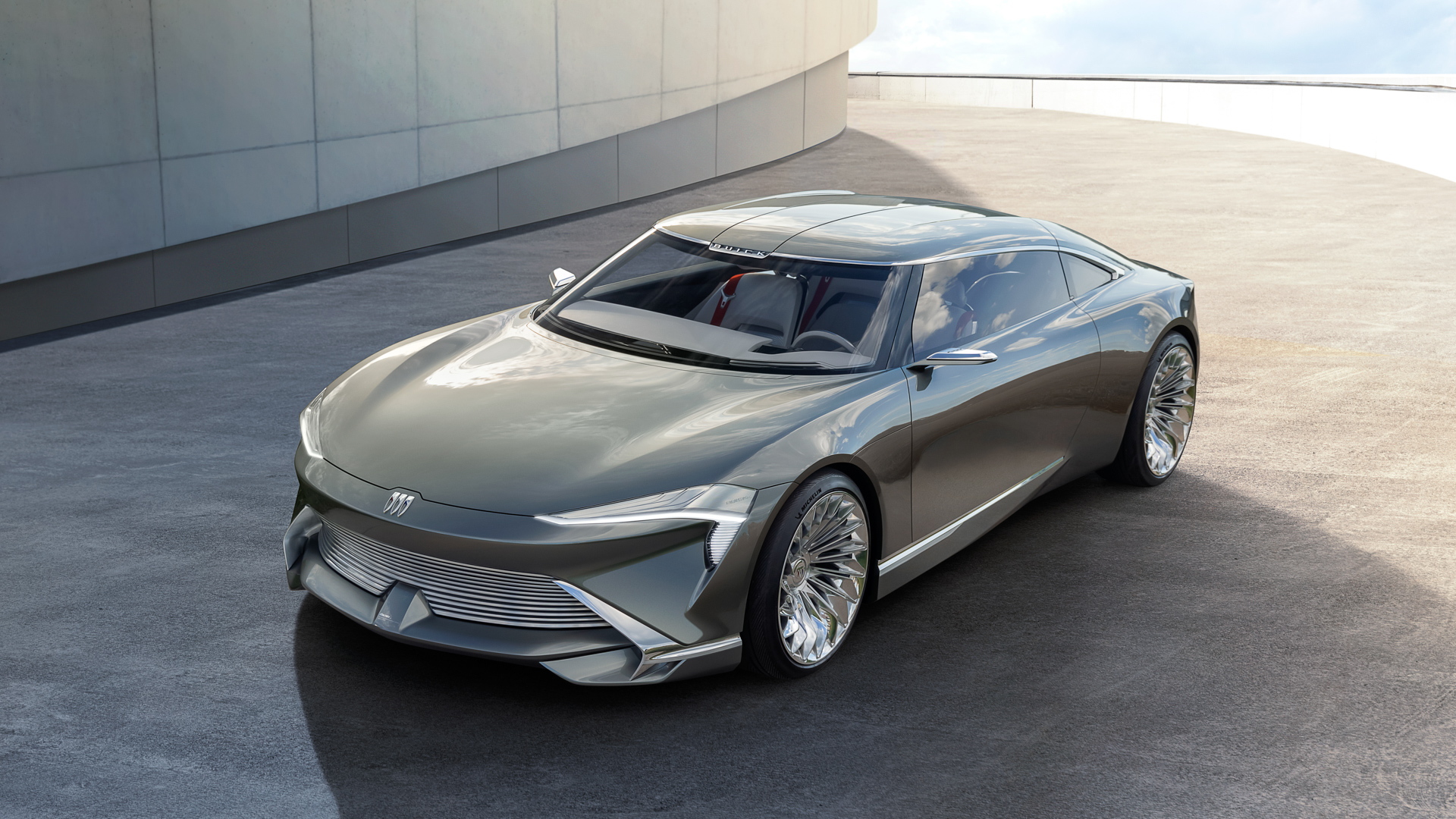 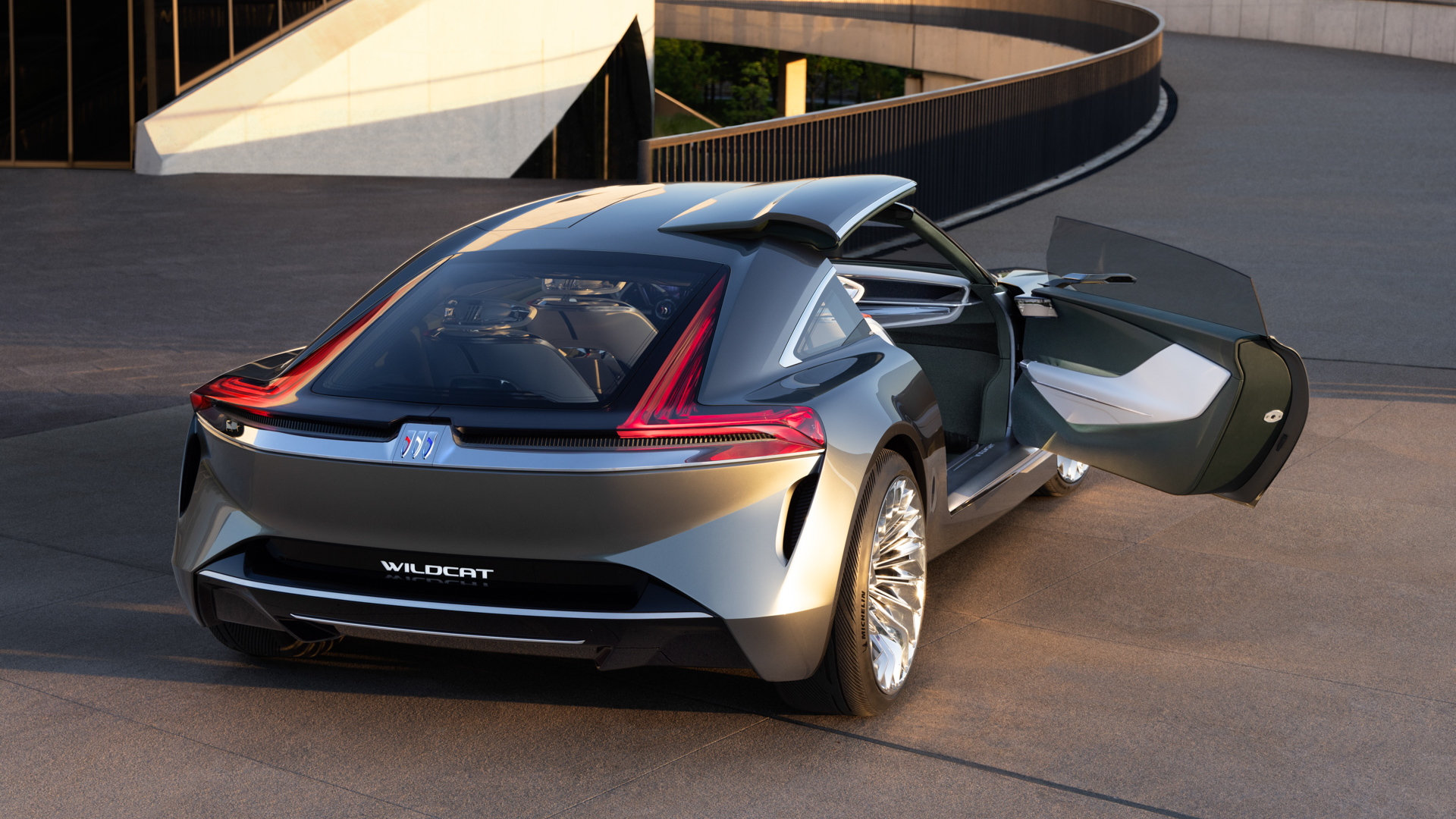 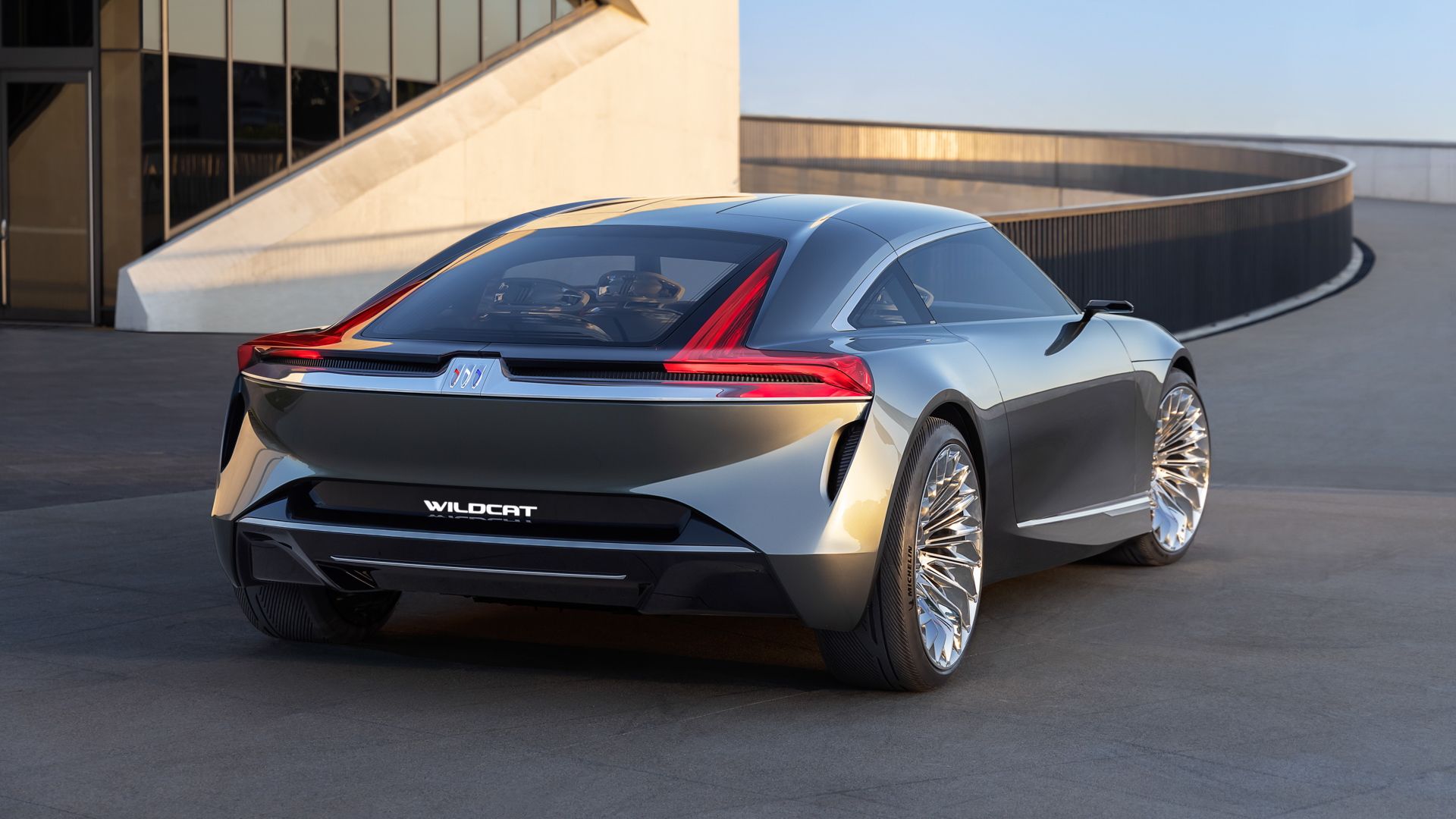 Buick is falling in line. On Wednesday, Buick announced it will convert to a fully electric lineup by 2030, and will release its first electric vehicle under the Electra name in 2024 and show it later this year. To show the design direction for that and other Buicks moving forward, the brand also revealed the Wildcat EV concept car.

A sleek 2+2 electric coupe, the Wildcat EV is not a preview of a future model. Instead, the design elements will appear on future production vehicles, most of which are likely to be EV crossovers, and the first will arrive in 2023.

Those design elements include the forward-tilting front end with a low-mounted trapezoidal grille and checkmark-shaped headlights and taillights with welcome choreography. The car's side sculpting and aluminum trim could also show up on future cars, but don't expect the low, sleek stance to make it to production. The car also marks the debut of a new tri-shield logo, significantly modified for the first time since 1990, that will appear on the front and back of future cars.

Other notable design elements of the concept include the "semi-swing" doors with T-top-like top sections that raise for the doors to open, a state of charge indicator on the hatchback glass, and Jet Age-inspired 18-spoke turbine wheels.

Inside, the car has a full-length center console that ensure no center seating position in the small second row. The cabin features front seats with headrests that appear to float, a flat-bottom steering wheel, and metal pedals. A wide touchscreen that starts in front of the driver and extends to the center stack dominates the dash. Another screen sits at the front of the center console and appears to handle general vehicle information. Legato Green appears throughout the cabin, as do orange accents, indicating Buick may be considering using such lively colors in the future.

Buick says the Wildcat EV concept is a platform for possible future features such as artificial intelligence, aromatherapy, and biometrics. These systems could detect a spike in occupants' heartrates and activate a Zen mode to dim the lights, release aromatherapy scents, and turn on the massaging seats to calm them down.

Buick confirmed the Electra EV models will be underpinned by GM's Ultium battery and motor architecture. Battery size and electric driving range were not discussed. The new Electra coming to the U.S. will not be the Electra-X crossover concept the brand just unveiled for the Chinese market. Future EVs will use the Electra name plus an alphanumeric suffix to denote the size and body style.