Shelby American used the past weekend's Carlisle Ford Nationals in Carlisle, Pennsylvania, to present the Shelby Cammer Cobra, a car Carroll Shelby had wanted to race in the 1964 24 Hours of Le Mans.

The Cammer Cobra is based on one of Shelby's continuation Cobra Daytona Coupes, and right now it's officially a concept.

The original Daytonas are the stuff of legend. Just six of them were built between 1964 and 1965, and in ’65 the car helped secure the Constructors’ title in the FIA World Sportscar Championship, making Shelby the first American constructor to win a title on the international scene.

While the original Daytonas were fitted with 289 Ford V-8s, Shelby had wanted to fit a Ford big block to make the car more competitive at Le Mans, according to Gary Patterson, president of Shelby American. Shelby did get around to building a one-off Daytona with a 427 V-8 featuring wedge heads, but what he really wanted was the rare 427 V-8 with single overhead cams. 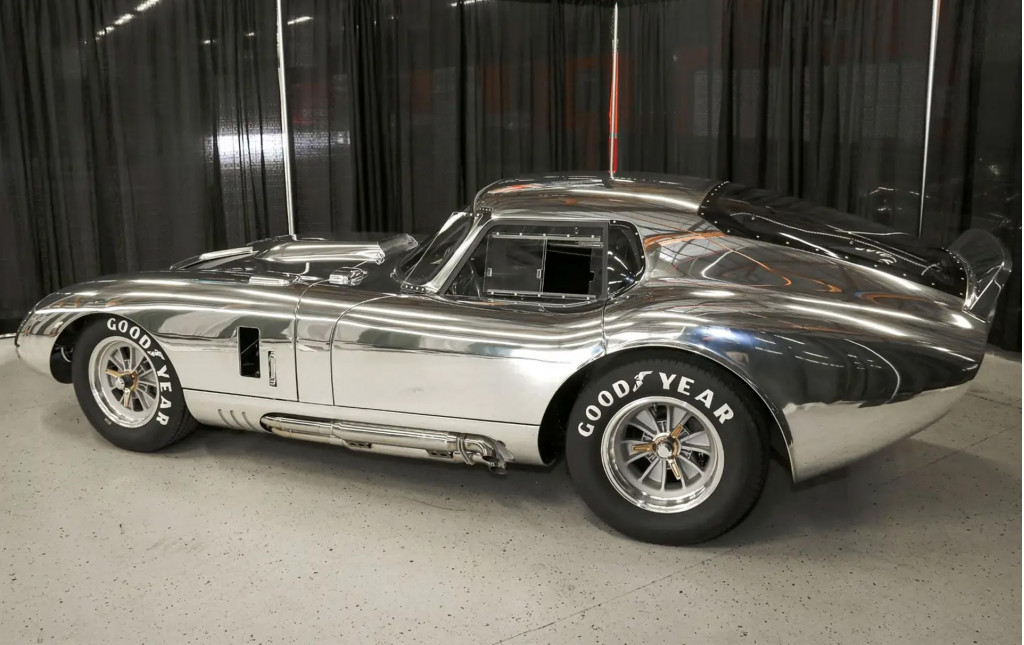 Known as the Cammer, the engine was good for 616 hp with a single four-barrel carburetor and 657 hp with a dual four-barrel set up, according to Patterson. Installing the engine in the Daytona Coupe would have required lengthening the chassis, but this wasn't what prevented Shelby from racing such a configuration at Le Mans in '64.

Instead, Shelby simply wasn't able to secure one of the engines in time for the race. As a result, he went with a NASCAR 427 V-8, though the car built in this configuration never made it to Le Mans and for future races Shelby returned to running a 289 V-8.

The modern Shelby Cammer Cobra was built to mark this year's 60th anniversary of the founding of Shelby American. In keeping with Shelby's original vision, the car features a chassis lengthened by three inches and a hood modified to accept a 427 V-8 with single overhead cams. The modern engine is rated at 650 hp and mated to a 4-speed manual.

Shelby American plans to showcase the Cammer Cobra throughout the year to gauge demand for a limited production run.