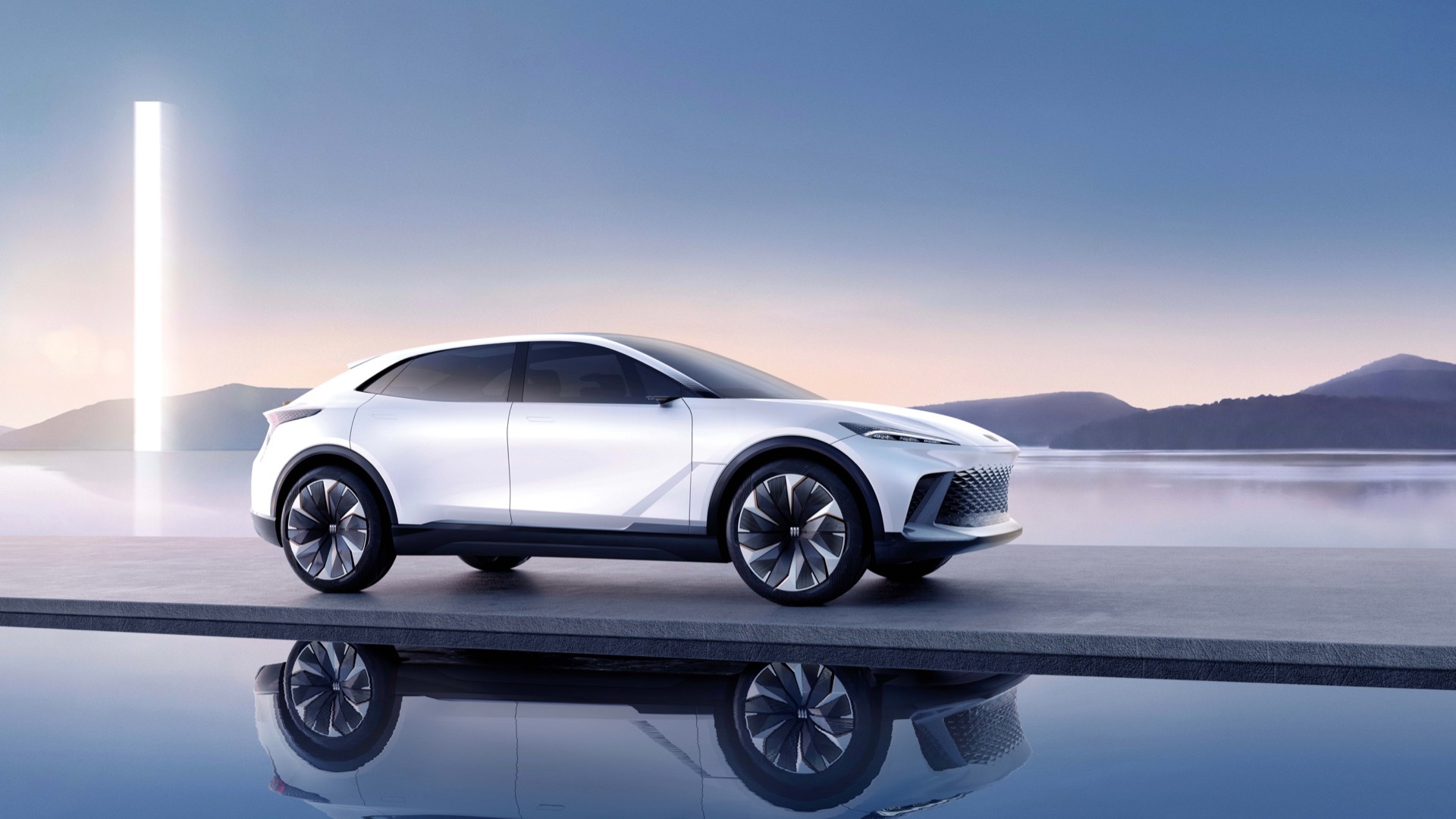 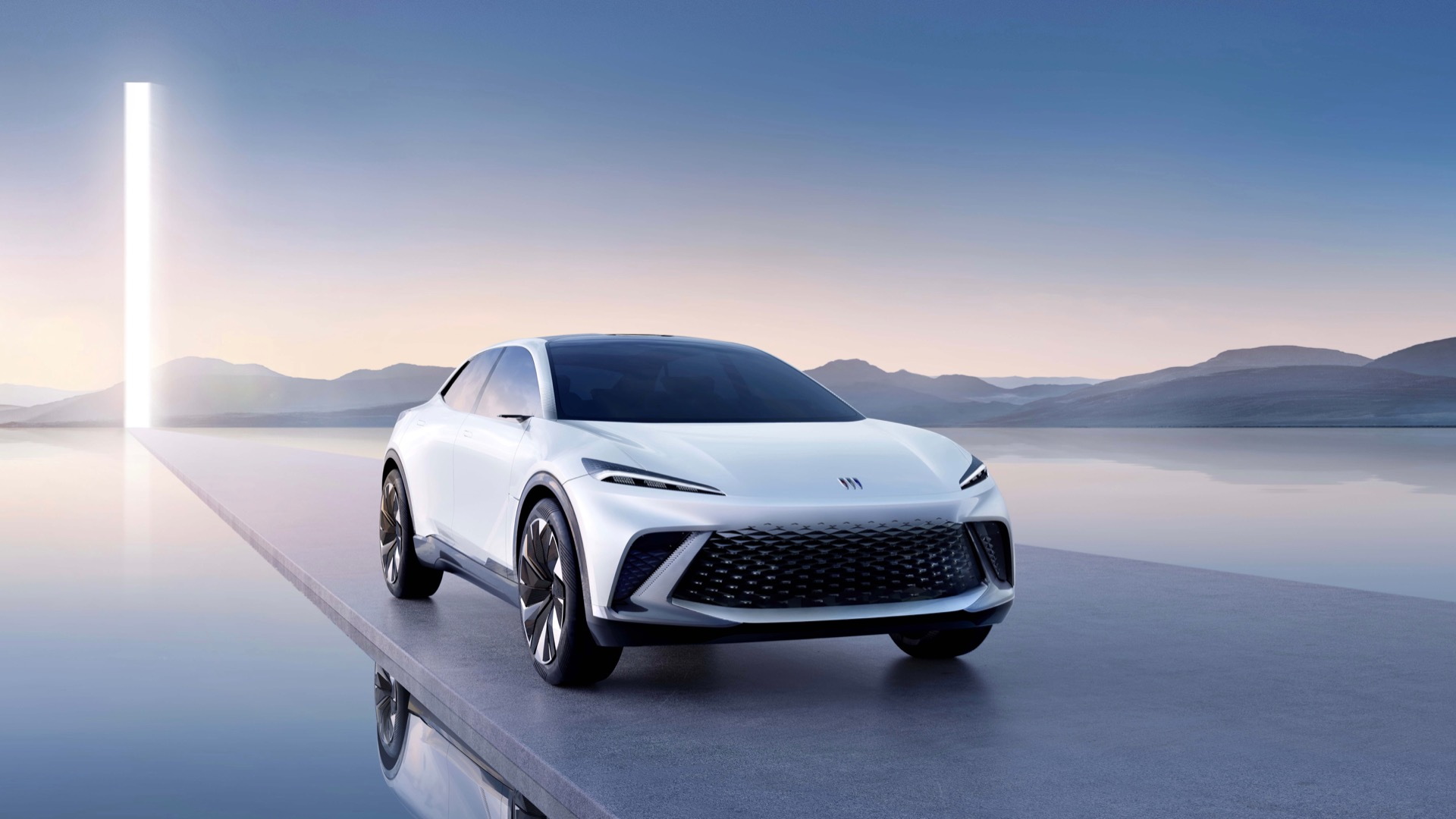 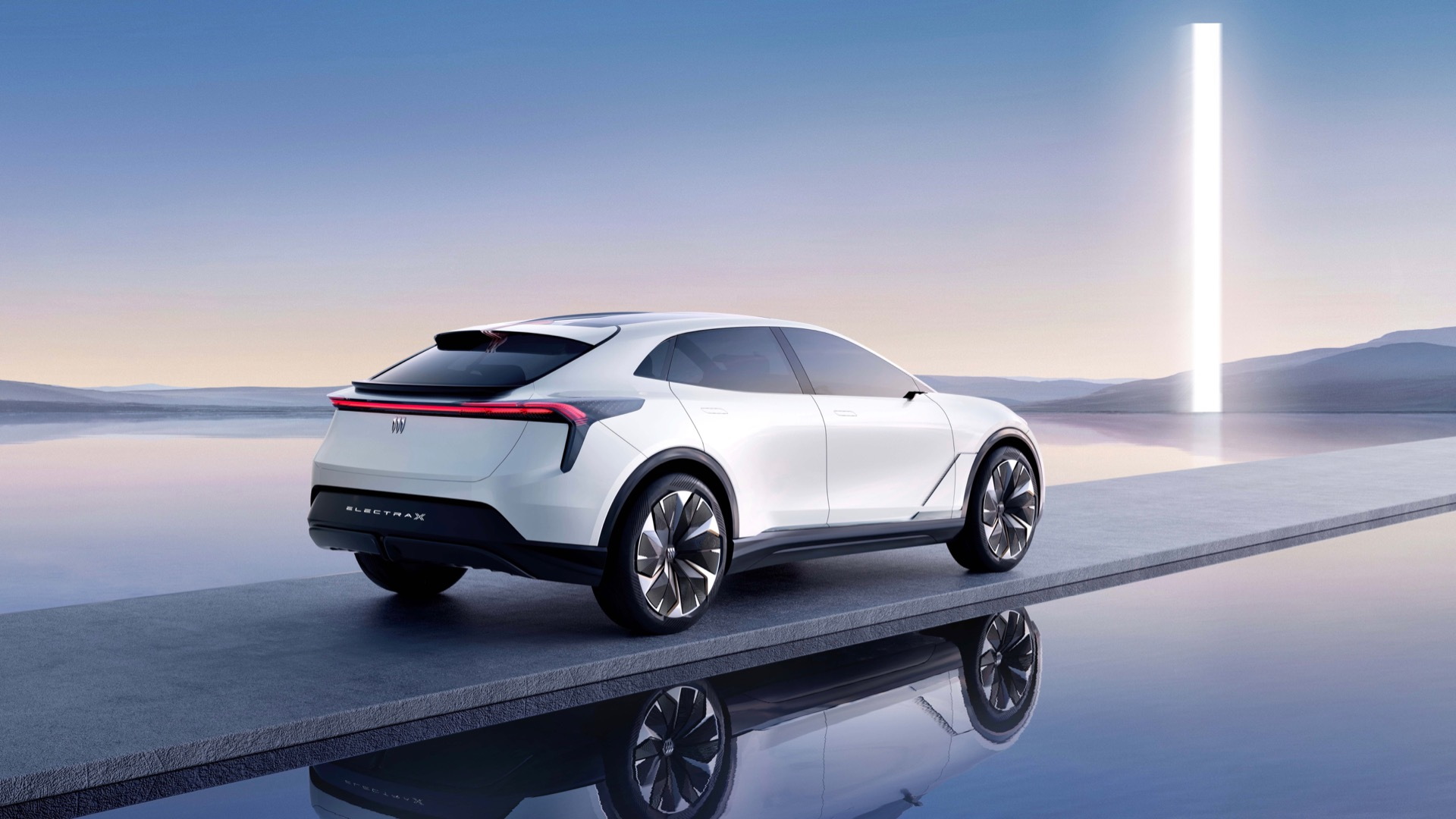 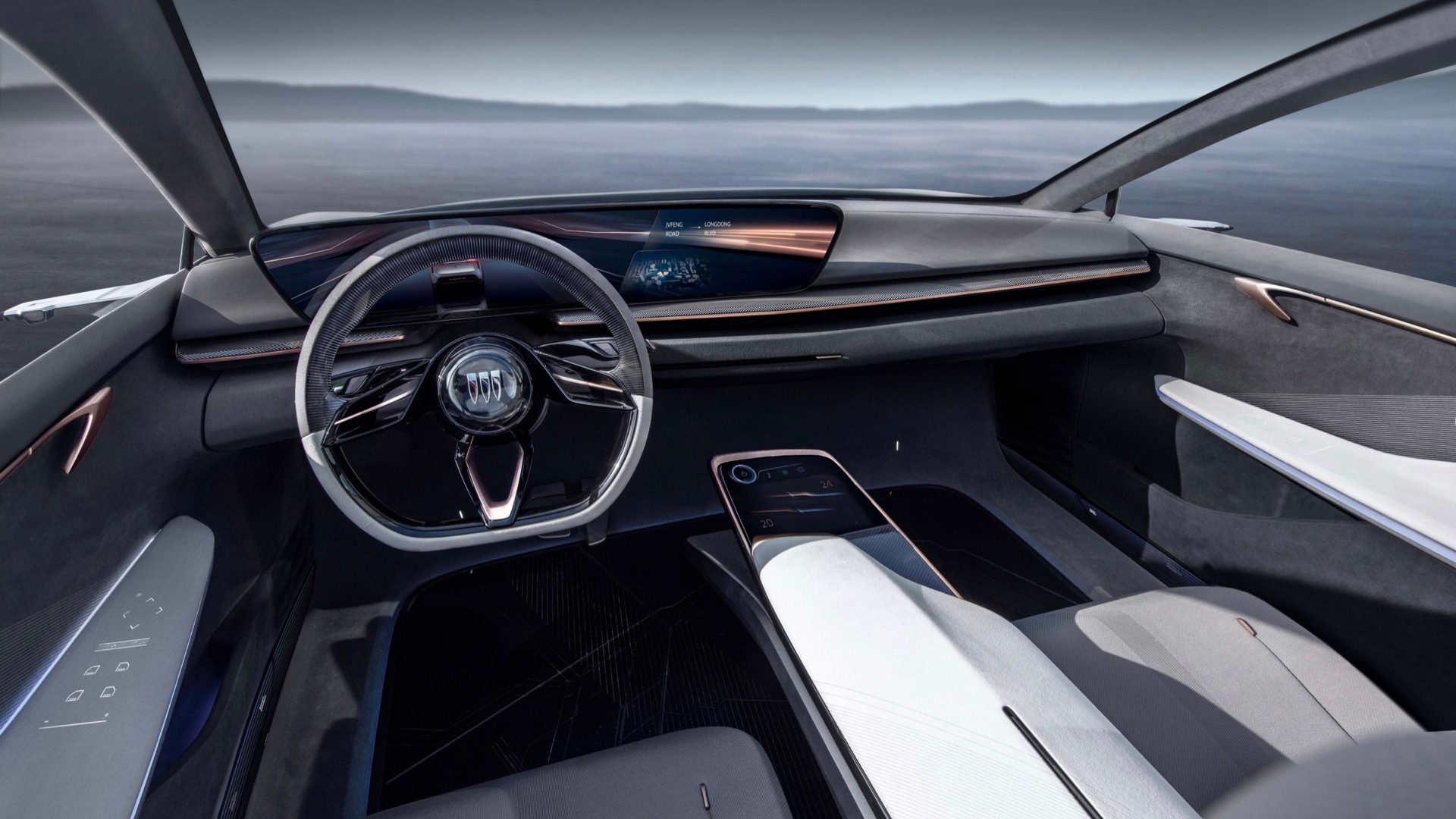 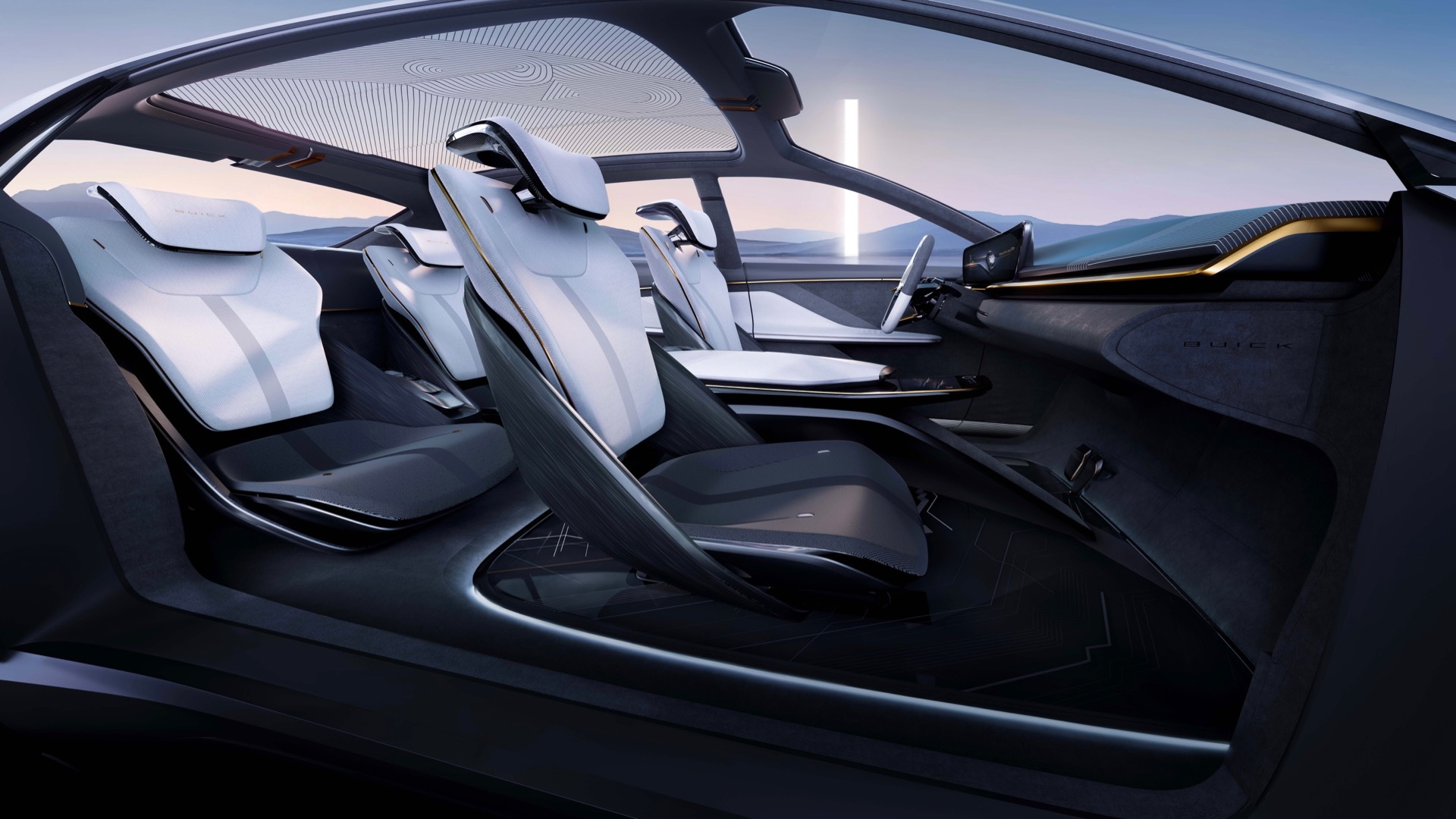 Like the Wildcat EV, the Buick Electra-X concept previews the brand's future design direction, including a new badge, significantly modified for the first time since 1990.

The Electra-X shares some styling elements with the Wildcat EV, including a forward-leaning front end, a trapezoidal grille, and what Buick calls "check mark" taillights. But the four-seat crossover coupe body style is a bit more relevant to Buick's current product range than the 2+2 coupe Wildcat EV.

Buick said the Electra-X is also capable of projecting information to the side or rear of the vehicle to warn pedestrians. The concept's 21-inch wheels also have an aerodynamic design aimed at maximizing range, Buick claims.

The interior seems stripped of all switchgear, with control functions apparently handled by touchpads on the center console and armrests. To further lower the vehicle's environmental impact, the seats are upholstered in fabric made from recycled plastic bottles.

A 30-inch screen covers about half the dashboard, and features 6K resolution and 5G connectivity, according to Buick. It runs the automaker's new Virtual Cockpit System, which uses a QUALCOMM Snapdragon 8155 chip and features over-the-air (OTA) update capability.

Buick didn't discuss specifications, but noted that the Electra-X is based on GM's Ultium battery and motor architecture. While it's unclear if the Electra-X will reach production, some of its styling elements will likely appear on future Chinese-market EVs based on the same Ultium component set. Buick plans to launch five new EVs in China by 2025.

In North America, Buick aims to go all-electric by the end of the decade. Its first North American EV will appear in 2024. EVs for this market will use the Electra name plus an alphanumeric suffix to denote size and body style.